My favorite mountains on the moon are the Montes Caucasus. Seen here as a triangular shaped patch of mountains dominating the right half of this image. The curious large crater at the top middle of the range is Calippus (34km) showing much post impact slumping and infilling. In the upper right corner is most of the large lacus-like crater Alexander (85km) partly cut off by the right edge of the image. Below Alexander on the mare you can just see the dark thread that is Rima Calippus. In the middle of the mountain range is a large flooded east-west pass that may delineate a fault. This pass opens to the west towards the very non-round, some call polygonal, crater Theaetetus (26km). Further south the peaks are more flooded with only their tips showing until at the southern point of the range is the beautiful unnamed “S” shaped ridge.

Just to the west of the mountains is the crater Cassini (60km dia.) seen at the top middle of this image sitting in the unofficial Palus Nebularum portion of Mare Imbrium. Inside Cassini are two distinctive craters, the larger being Cassini A (17km) and Cassini B (9km), There is also an interesting pair of rimae on the floor of Cassini roughly concentric with Cassini A making this crater very identifiable. Going farther to the west we see the isolated grand peak Mons Piton rising 2250 m above the Imbrium plain. South of this is the large crater Aristillus (56km) and then Autolycus (41km). In the middle bottom part of the Rima Fresnel system can just be seen. 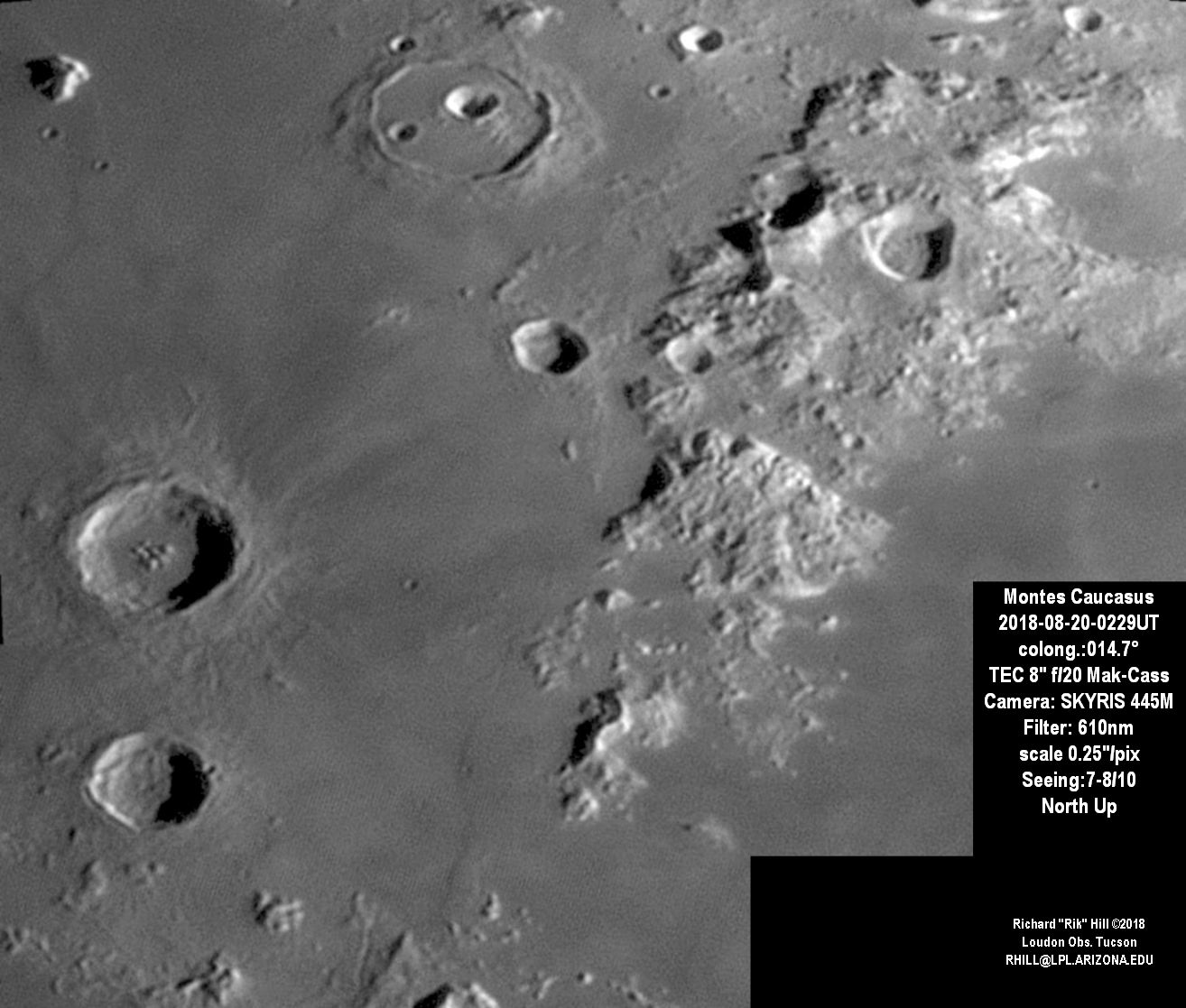