This animation shows a dramatic flyover of dwarf planet Ceres. The terrain model was constructed from images taken from the NASA Dawn spacecraft’s first mapping orbit, at an altitude of 13,600 km (8,400 mi), and navigational images taken from 5,100 km (3,200 mi) from Ceres.

Note: The vertical dimension has been exaggerated by a factor of two, and a star field has been added in the background. 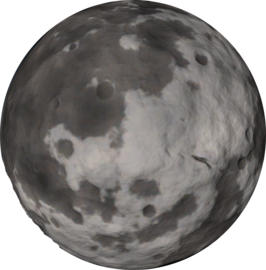 Side note: I’ve recently been playing with Kerbal Space Program, and I was struck by how similar this Ceres flyby video was to the actual in-game experience of orbiting a couple different small bodies. In fact, the in-game dwarf planet Dres is considered to be an analog of the real-world Ceres.