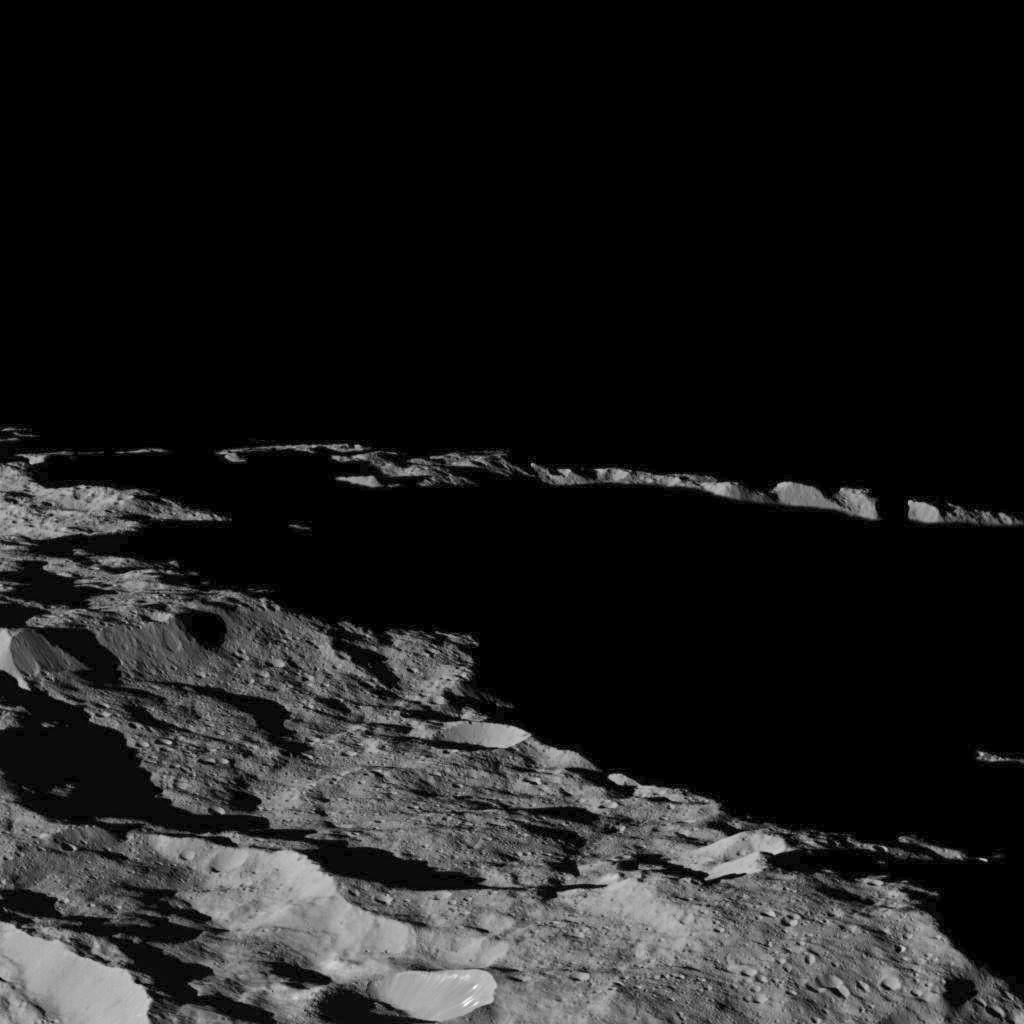 The Dawn spacecraft is orbiting Ceres at its final altitude of 385 km (240 mi). The Dawn Twitter feed has been awash recently with images of the surface of the dwarf planet.

The image above shows an area near Ceres’ south polar region. The shadows appear elongated because from this perspective, so close to Ceres’ south pole, the sun is never very high in the sky.

Visualization of the Sun only a few degrees above the Ceres’ horizon. Image created with NASA’s Eyes on the Solar System app.

On Dec. 18, 2015, the Dawn twitter feed posted that the spacecraft had begun intensive observations of Ceres.

Update: Today I begin my intensive observations of #Ceres at this lowest altitude (~240 mi) pic.twitter.com/yUWFsPaxj9 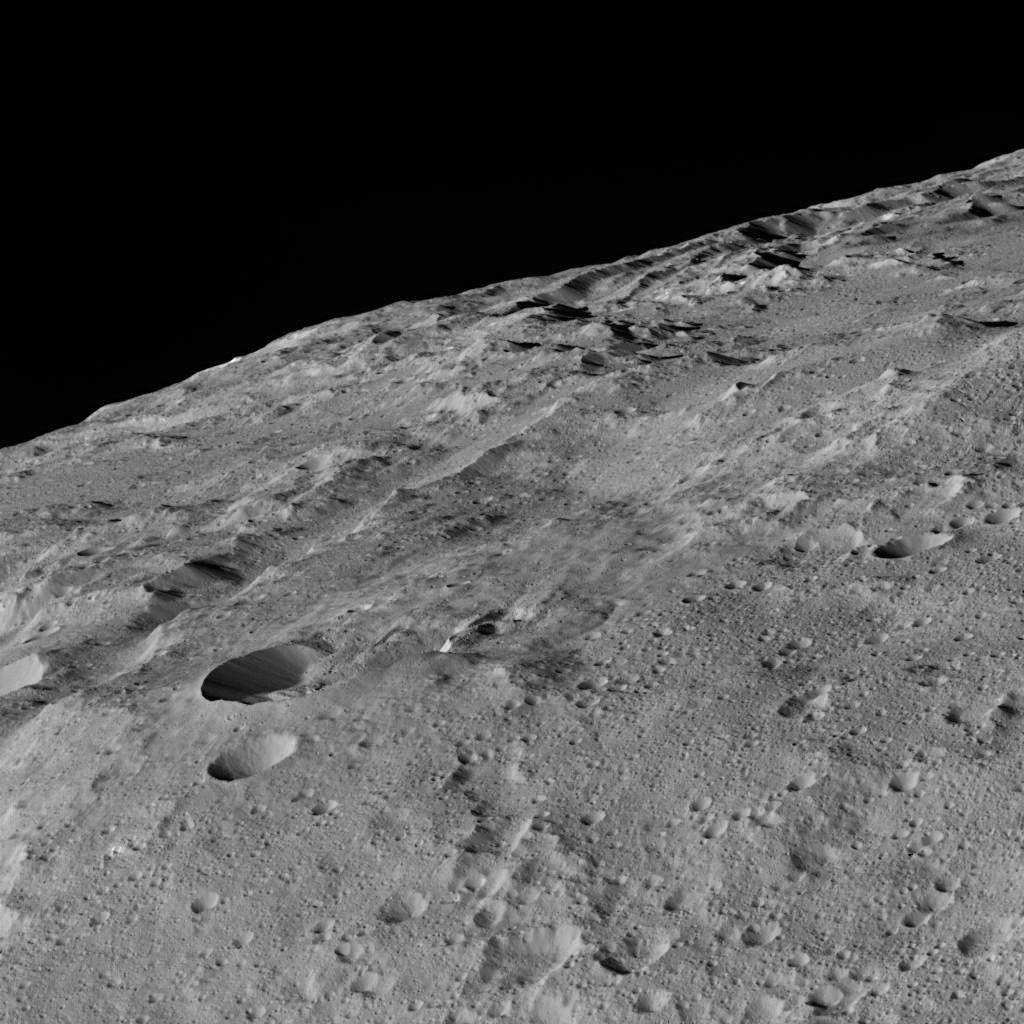 Today, on the final day of 2015, the Dawn Twitter feed posted a video showing some of the amazing images the Dawn spacecraft has returned from Ceres over the past year.

I've had an amazing first year at #Ceres! Some photos of my journey: pic.twitter.com/g3z1SMRBF7

Happy New Year! Here’s to another year of discovery and wonder! 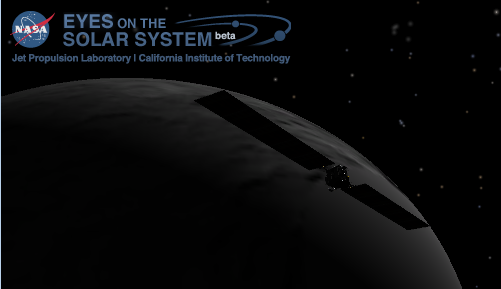 Visualization of the Dawn spacecraft silhouetted against Ceres on Dec. 10. Image created with NASA’s Eyes on the Solar System app.