Readers of The Catholic Astronomer should visit the Cincinnati (Ohio) Observatory—it is a fantastic place to go for anyone who likes astronomy, history, or science education.  The observatory dates back to the 1840s.  It was the creation of Ormsby MacKnight Mitchel, who raised money for the observatory by selling public shares (and who was from Kentucky, I might add).  In 1843, former U.S. president John Quincy Adams traveled to Cincinnati to lay the cornerstone for the observatory on a hill in Cincinnati now known as Mt. Adams (named for the president).  When he was president, Adams had wanted the U.S. to build an observatory but could not persuade the U.S. Congress to do so.

The main building of the Cincinnati Observatory, built in 1873.  This building houses the observatory’s Alvan Clark telescope.

In 1904 the observatory was outfitted with a new second building and a new telescope—an even larger refractor built in the U.S.A. by Alvan Clark.  The original Merz and Mahler telescope was kept in operation, too, and is still functioning at the observatory—one of the oldest functioning telescopes in the world.  But this post is about the Alvan Clark telescope, and in particular about its drive mechanism.

Students who take my astronomy laboratory class at Jefferson Community & Technical College (in Louisville, Kentucky, a hundred miles down the Ohio River from Cincinnati) must acquire and learn how to use a basic telescope; indeed, they do a lot of observing with their telescopes.  And they quickly learn that stuff in the sky does not stand still.  A student who successfully centers the moon in his or her telescope, for example, and then runs to tell family members to come take a look, finds upon returning to the scope that the moon is no longer in the eyepiece.  This is because everything in the sky is in motion, rising in the east and setting in the west.  My students have to manually adjust their telescopes to follow celestial objects in their motions, but more sophisticated telescopes have a drive mechanism that causes the telescope to follow the sky automatically.

The Alvan Clark has a remarkable weight-driven drive.  A hand crank is used to raise a large weight, and then the slow fall of that weight powers a clock-like mechanism that, through a series of gears, drives the telescope.  It works in the exact same way as a weight-driven “grandfather clock” or “cuckoo clock” works.  The pictures below show all the parts. 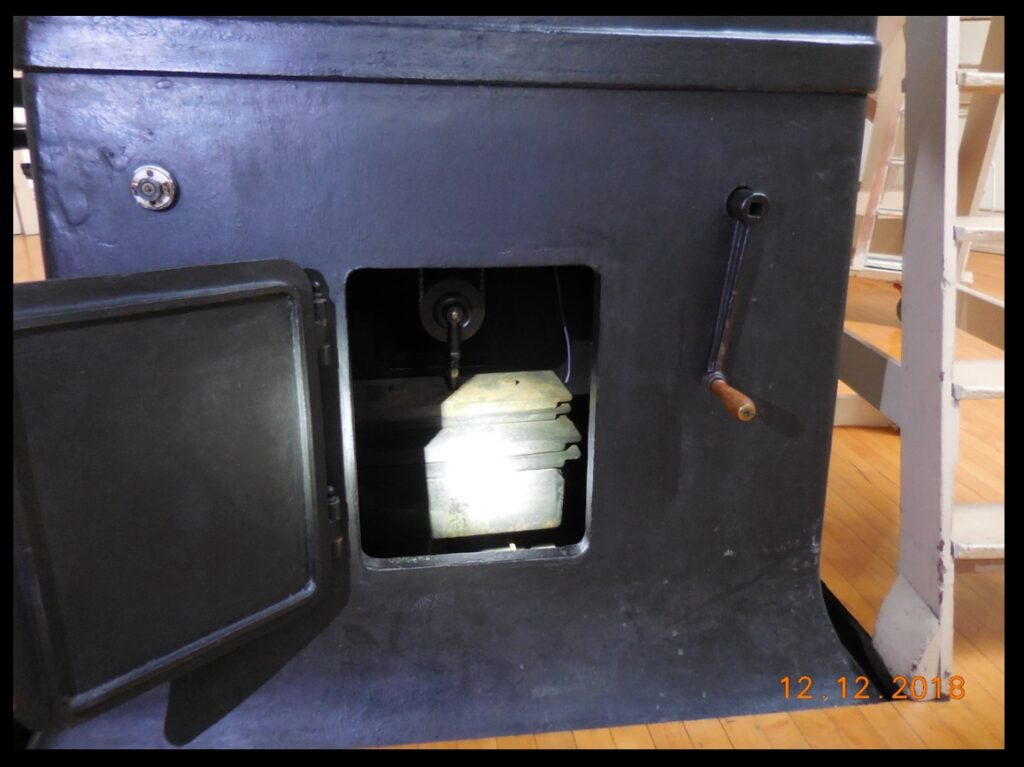 The crank and the weight (inside the open door).

The upward-leading shaft terminates at another gear (arrowed), as seen at left.  In the center is a close-up of that gear.  At right is seen the same gear seen from a different angle.  It drives yet another gear, which turns a screw or “worm” gear, which drives the large gear at the top of the telescope mount.  The whole telescope turns with that large gear.

This view shows the worm gear, the large gear, and the top of the mount. 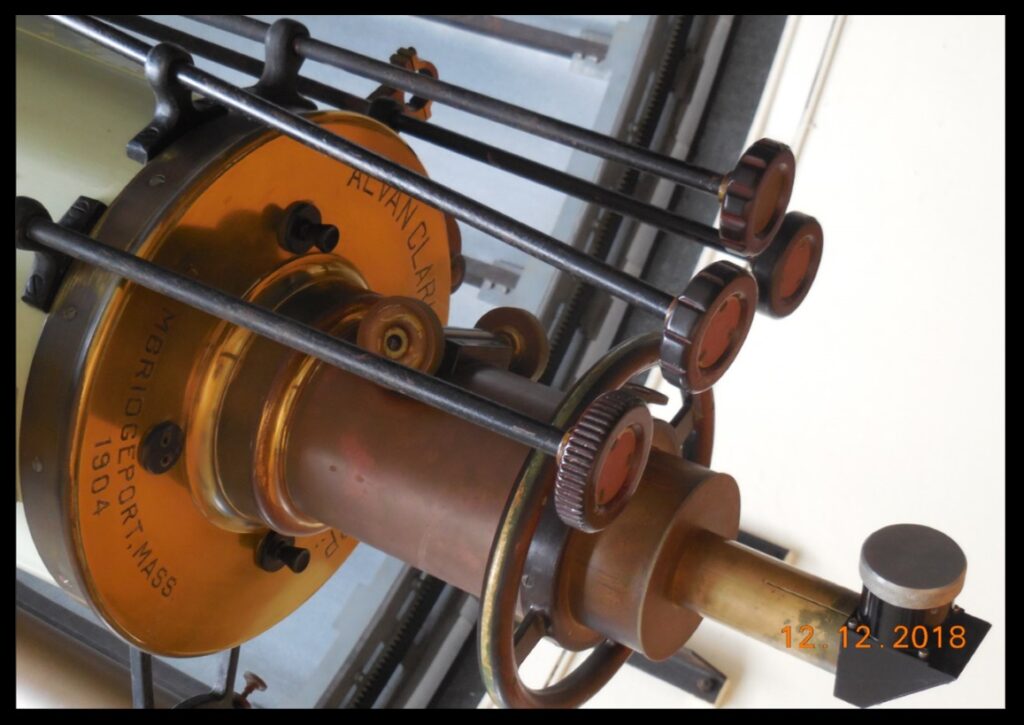 Another view of the eyepiece controls.  Note how each knob has a different shape, so that in the dark an astronomer using the telescope can tell one from another by feel.

The Alvan Clark telescope at the Cincinnati Observatory is one cool instrument.  And yes, the crank-and-weight drive still works, and yes, the whole telescope can still be used for observations—and is still used!

(I hope to do a future post on the Merz and Mahler telescope.  It is very cool, too.) 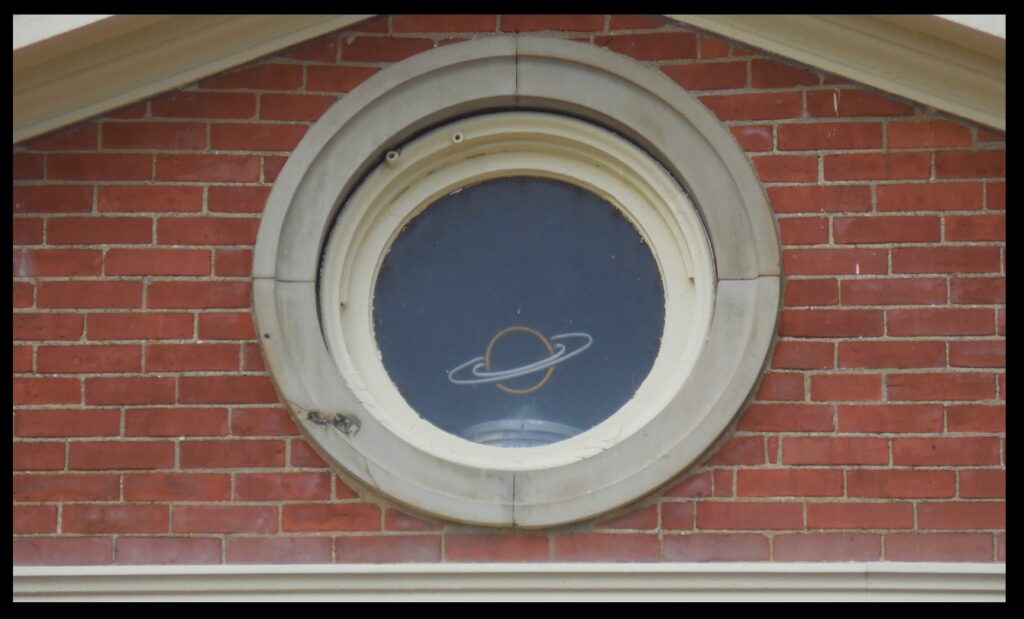