I have completed my #Ceres mapping campaign at my current altitude! Beaming data back now; will start descending later this week.

Later this year, the spacecraft it will spiral down from it’s current altitude of 1,470 km (915 mi) to its fourth and final orbital altitude at about 375 km (230 mi) above Ceres; it will take two months to descend to this new Low Altitude Mapping Orbit (LAMO). 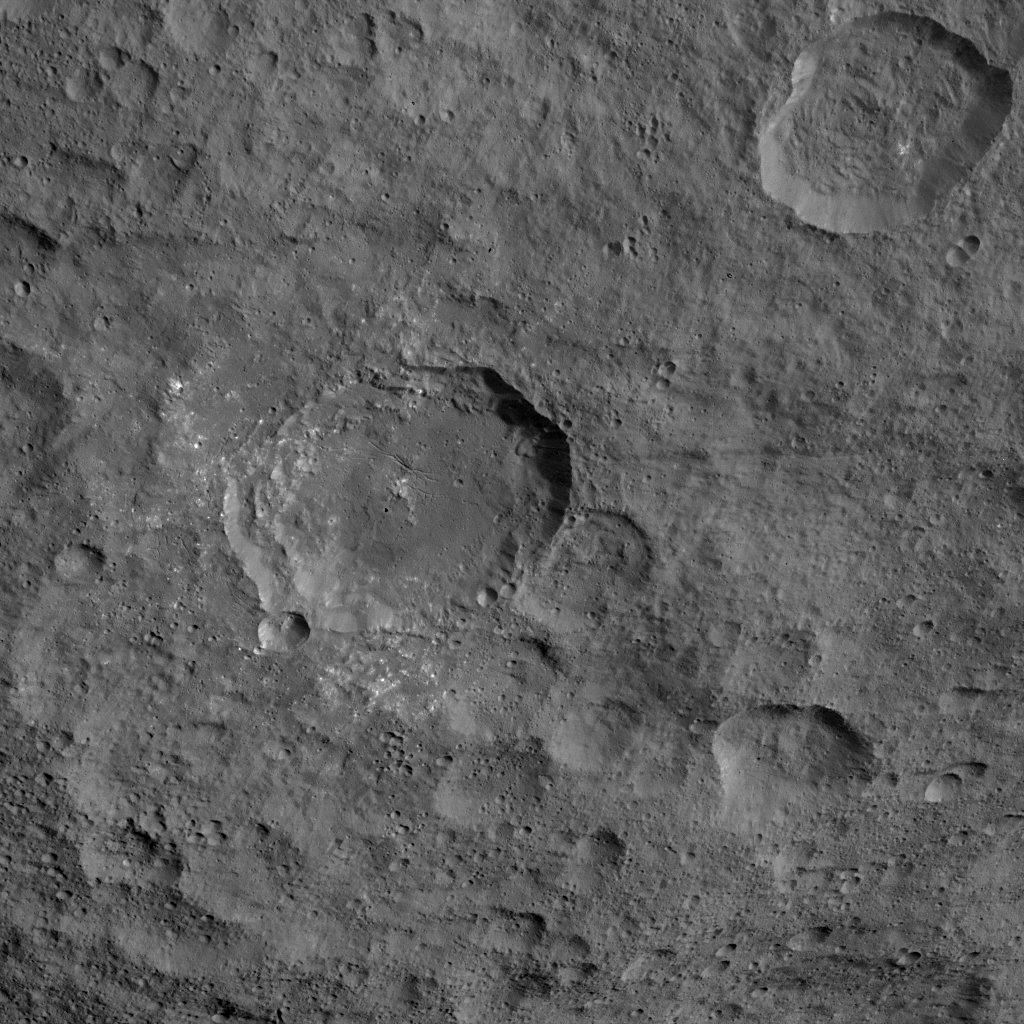 Once at its LAMO, Dawn will record spectra of visible & infrared light, neutrons & gamma rays, and measure the distribution of mass inside Ceres. And take pictures… lots and LOTS of pictures. Maybe then, we’ll finally know what those bright spots in Occator crater are. 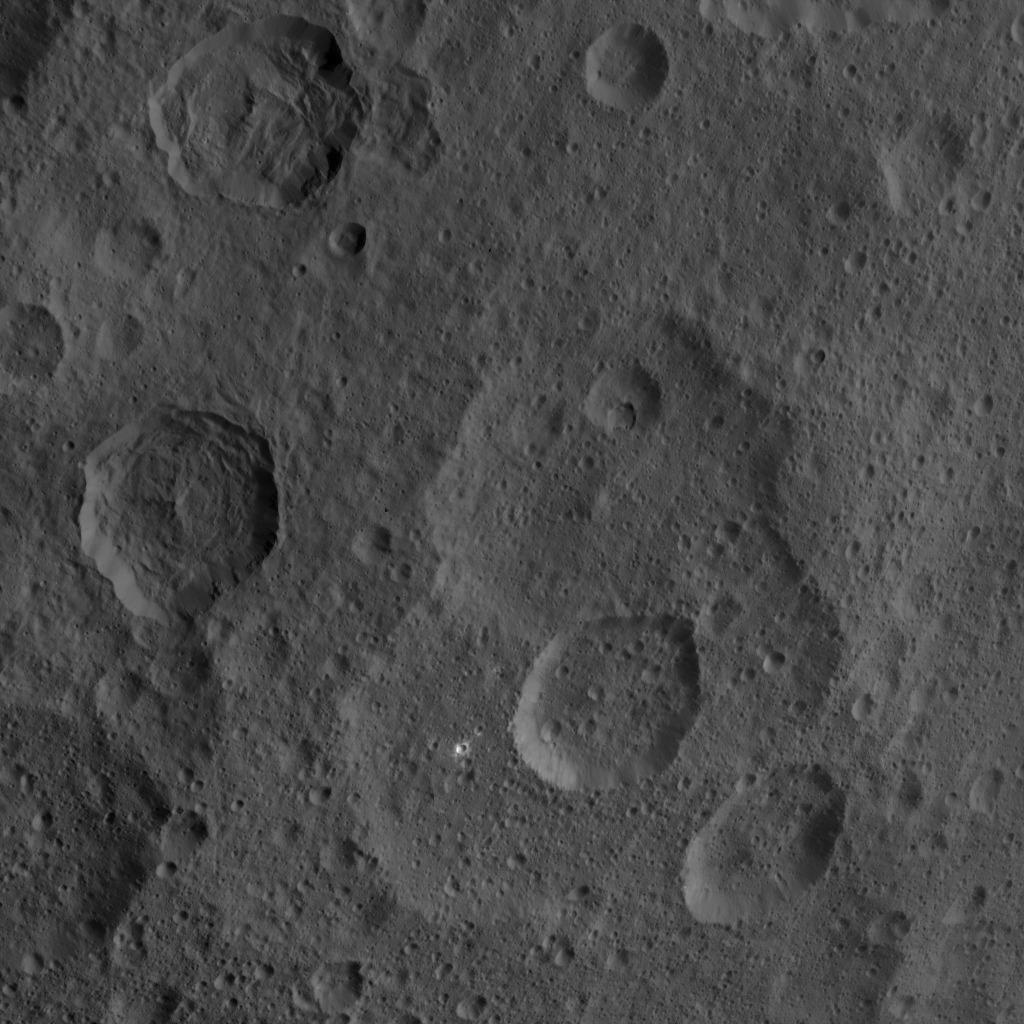 This image shows a portion of the northern hemisphere of dwarf planet Ceres from an altitude of 1,470 km (915 mi). Note the small, bright crater. The image was taken on 21 Sept 2015, and has a resolution of 140 m (450 ft) per pixel. Credit: NASA/JPL-Caltech/UCLA/MPS/DLR/IDA

Next year, the spacecraft’s supply of hydrazine will likely be exhausted, and the mission will come to an end. “Planetary protection” protocols require that the Dawn spacecraft may not reach the dwarf planet’s surface for at least 50 years after its arrival; Dawn’s orbit around Ceres will remain relatively stable for perhaps millennia.

The Dawn mission is a personal favorite of mine; my first lecture as a volunteer NASA/JPL Solar System Ambassador was given to the Warren Astronomical Society – about the Dawn mission at asteroid Vesta. I get very excited and animated when I discuss this mission!

Artist’s concept of the Dawn spacecraft in its Low Altitude Mapping Orbit around Ceres. Credit: NASA/JPL

22  |  Bright Mountains and Craters on Ceres