After all, one cannot understand the science of Galileo without knowing Galileo the person. He only was able to recognize what he saw in his telescope (he wasn’t the first to look) because he had an interest and training in art; he was only able to communicate it to the point that it led to a change in how humanity understood the situation (he wasn’t the first to try) because he had a passion for the Italian language and literature. If he had been a different person, our science would have had a different history… perhaps asking different questions, and accepting different answers as satisfactory.

This blog has always been about people. And so I want to highlight someone here whose wonderful personality has been crucial to our success.

Katie Bannan Steinke retired this year as the Development Director for the Vatican Observatory Foundation, the institution that supports our telescope and outreach efforts (including this blog). Among her many achievements I note that she’s the one who did the enormous amount of negotiating and paperwork that led the Templeton Foundation to support the founding of this blog, as well as our Faith and Science resource site.

And, as it happens, today (December 22) is her birthday.

Here’s one that Father Chris Corbally found, when she helped host Cardinal Lajolo from the Vatican. At the time the Cardinal was the head of the Vatican City State government… showing that Katie could be comfortable dealing with heads of state (albeit a very small state)! 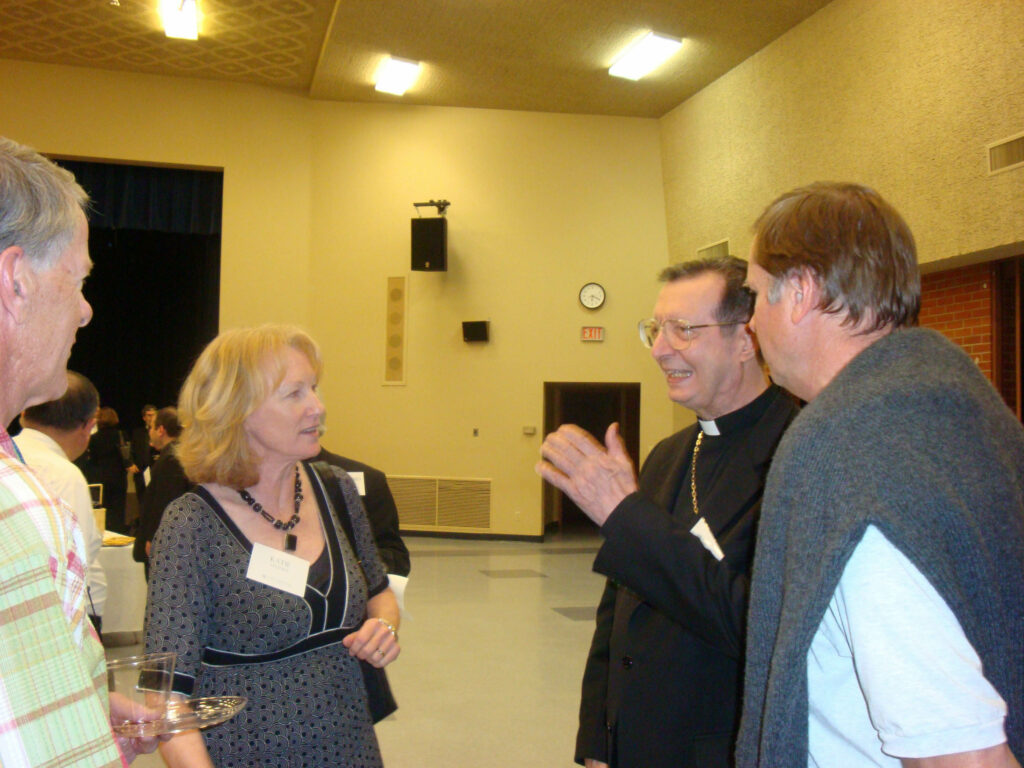 Katie Steinke in Tucson with Cardinal Lajolo of the Vatican, and Ben Dalby from the VOF Foundation

Looking through my own photos, this is one of the best that I found, dating from our trip to Chile with the Foundation a few years ago: 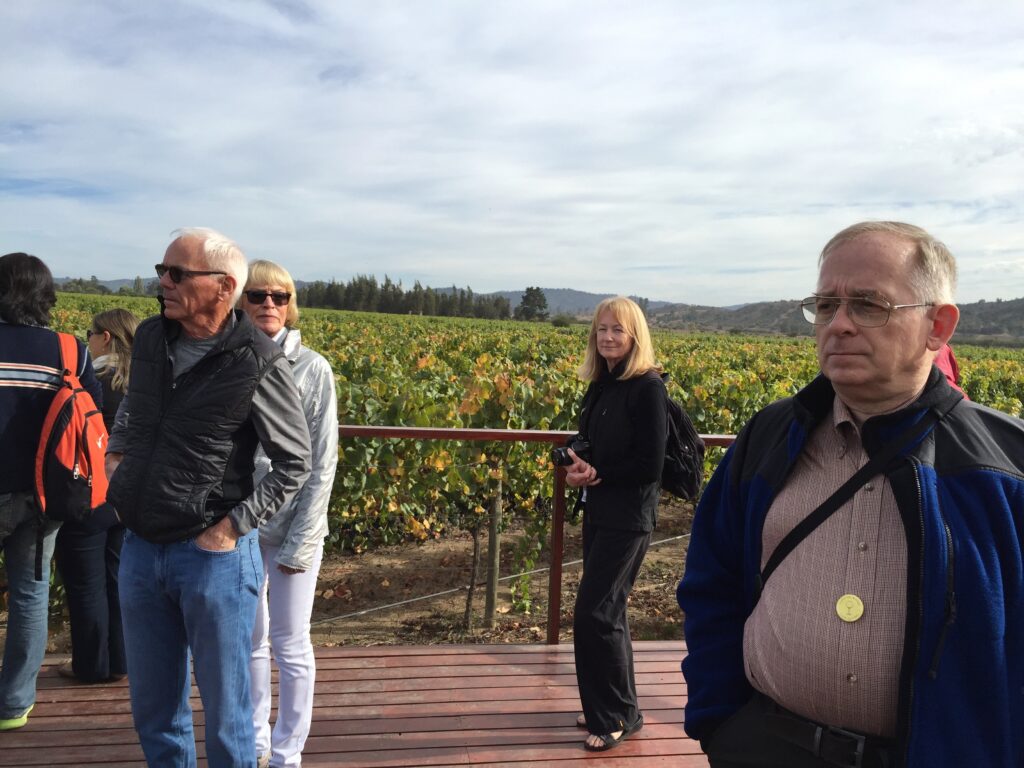 Among the tours we took to visit telescopes in Chile, Katie made sure that we also took the time out to visit Chilean vineyards!

Now, you might have noticed something in both photos… Katie is in the background, making sure that things are running smoothly. As Father Chris noted in his email to me, “The camera has always been pointed away from her.”

Katie’s own background made her ideal for our job. She came from a “Jesuit family” – many generations of Bannans have attended Santa Clara University (there’s even a building there named for them) and she had an uncle Lou who was a Jesuit, so she knew her way around Jesuit institutions. She studied abroad in Italy, became fluent in the language, and wound up living there for many years, raising a family and working at the Loyola University (Chicago) Felice Rome Center; it was while she was still living there that she first heard about the Vatican Observatory. Her experience dealing with undergraduate Americans in Rome gave her the patience to work as a travel agent when she returned to the US. And having grown up in thin air of Pasadena Catholic aristocracy, she knew personally many of the people to whom we could reach out, who have become our most faithful supporters.

She did all of this with a grace and humor that just made her fun to work with. As Dr. Faith Vilas, who served on the VOF board and accompanied us on our Chile trip, wrote to me about her, “Seems like she and I can talk for hours when we get together. Wish I could see her more…”

In our book, Would You Baptize an Extraterrestrial? Paul Mueller and I wrote a chapter discussing the reclassification of Pluto where we pretended to be in Antarctica. That event, of course, was full of very human politics, in the best and the worst senses. At then end of the chapter, the “Guy character” (which might actually have been written by Paul, I’ve long forgotten who wrote what) ends up by saying, “Science is not data. Science is people living with, living in among, the data. And, yeah, we bring our own distinct human tang to everything we touch. It’s not pure. But it’s what brings it alive.”

Katie was one of the people who brought our work here alive. We’re delighted to celebrate her retirement, and birthday, here among friends.

42  |  Three paths to enlightenment. Or something. (Only one costs you money!)