For the past two weeks, I have been in Chile with a group sponsored by the Vatican Observatory Foundation to tour a number of the ESO (and other) astronomical observatories. The whole trip was made possible by the help of Dr. Fernando Comerón, the ESO representative in Chile (he has ambassador’s status!) who set up the whole tour and got us places to stay in the observatories themselves.

There were three major observatory stops along the way… the first was La Silla, which is located a few hours outside of the Chilean city of La Serena, which is also near the American observatory of Cerro Tololo. Both La Silla and Cerro Tololo were developed in the 1960s, about the same time as Kitt Peak, and they have a very familiar feel to them… the telescopes are also mostly from the 1960’s to the 1990s. The site was chosen to be both clear and dark, yet still convenient accessible at that time. Later telescopes were built in sites that are even darker and more remote, as accessibility developed over the past 50 years.

Here are some photos from our group, to give you an idea of what those wonderful telescopes look like. Even though some of them are nearly 50 years old, they’re still heavily used. The 3.6 meter telescope, for example, is the home to the HARPS spectrometer that is used full time to discover and characterize exoplanets – planets around other stars, a discovery that was far in the future when that telescope was first built. 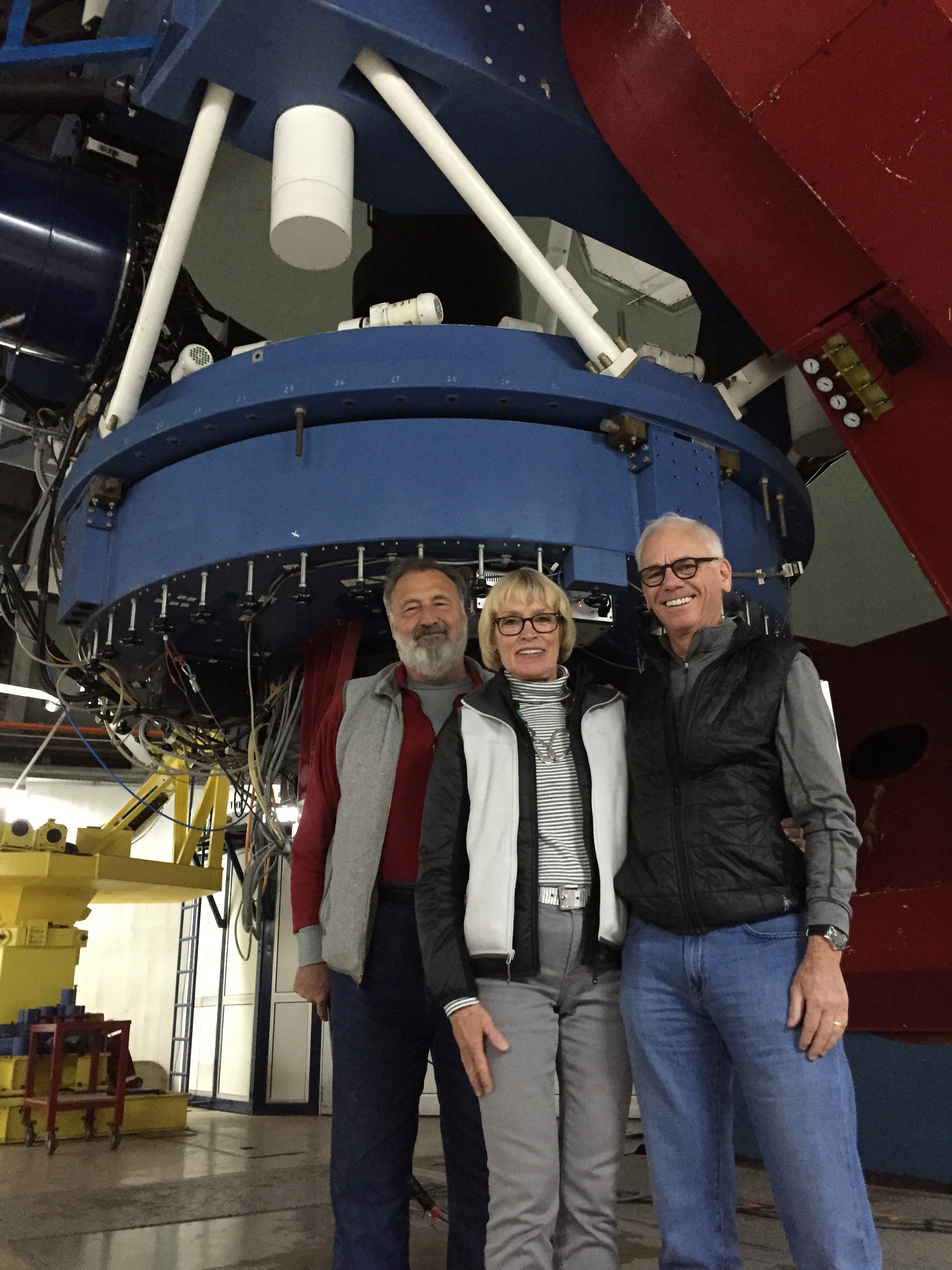 Conrad, Karen, and Ken at the 2.2 meter telescope. In the cafeteria of the observatory dorm where we were staying, I ran into my friend Colin from the UK, who was using this telescope to observe Kuiper Belt Objects that night. 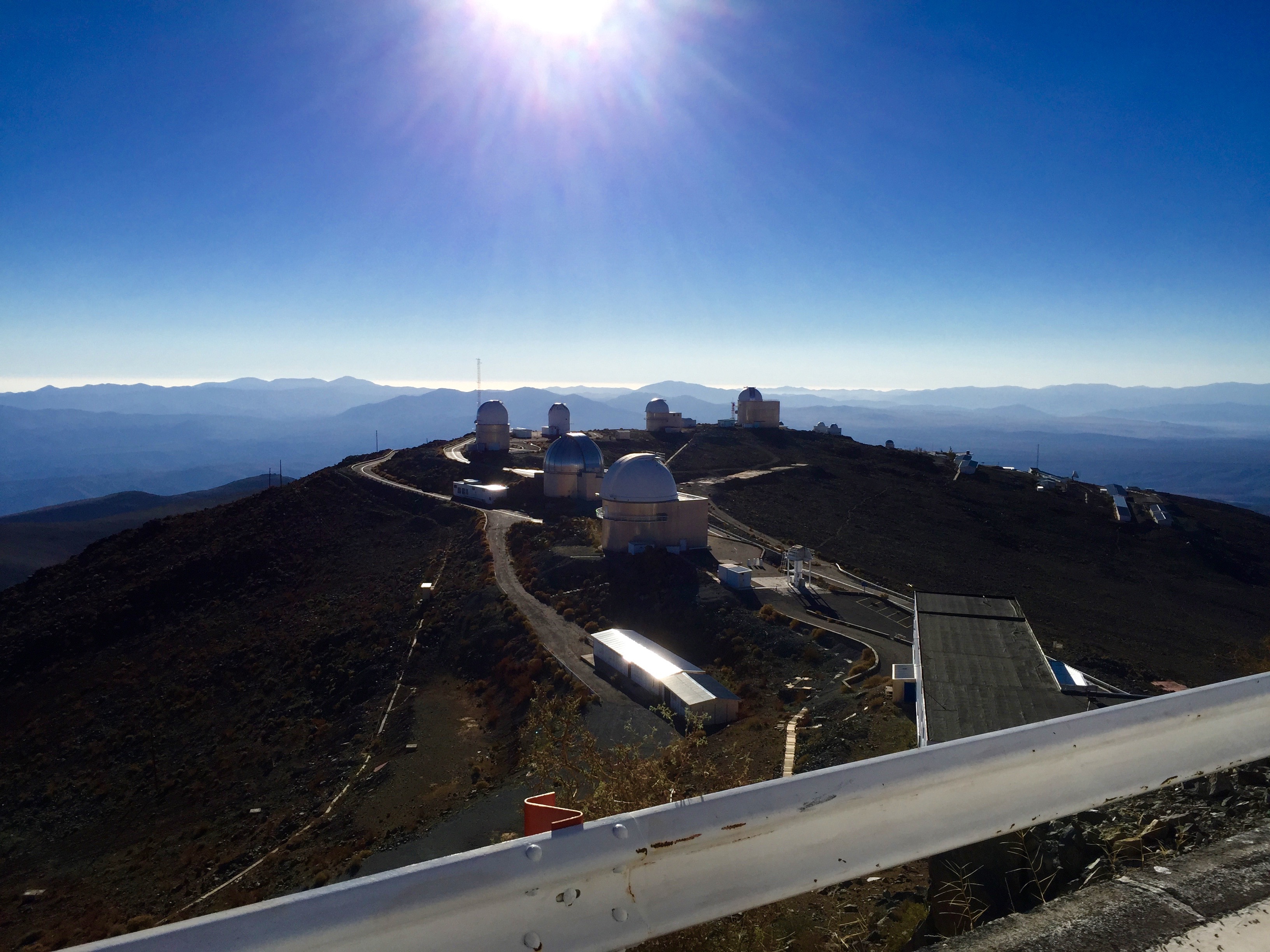 The telescope domes at La Silla, as the sun sets