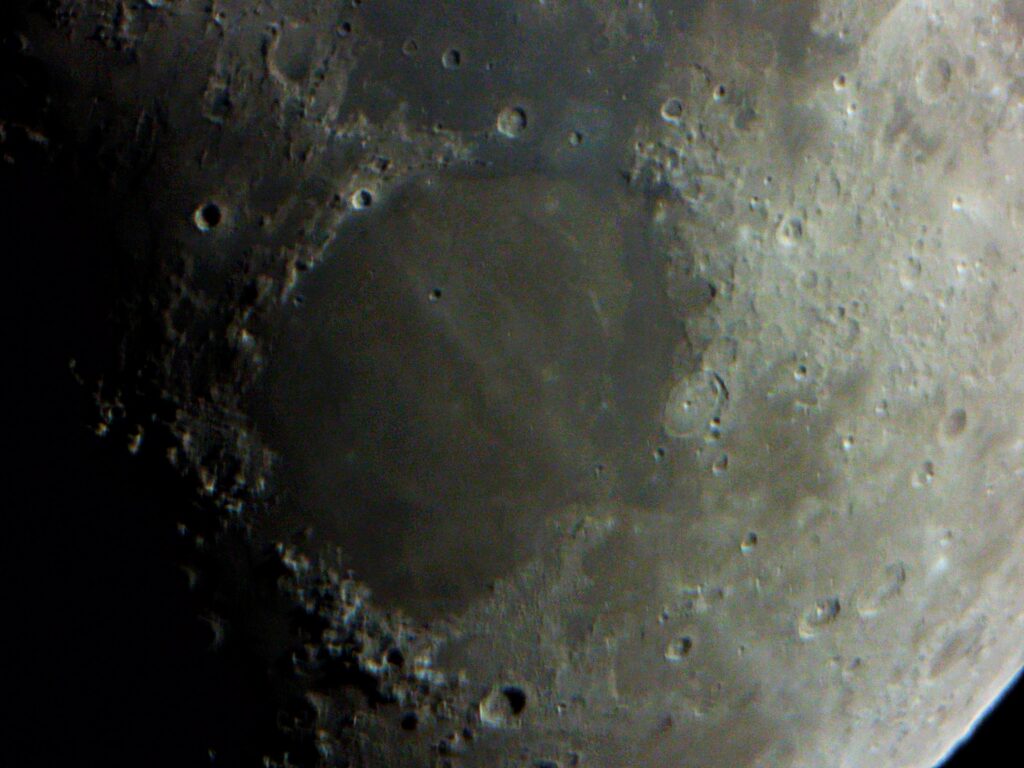 Image of the Moon I took with my Celestron C6 XLT and my Pentax Q camera.

Has the moon become boring to the modern world? This question has been pestering my thoughts in the wake of the 50th Anniversary of Apollo 11. Yes, we enjoyed a brief window of intrigue as the anniversary approached. However, what has come of interest in our celestial partner since then? Granted, NASA plans on returning to the moon in 2024 as a major step toward sending people to Mars. However, I can’t help but wonder: Will the rest of the world rally behind this mission or will lack of human interest scuttle the journey?

A fascinating and frustrating reality of lunar missions, at least in the United States, is the intimate connection between the Moon and politics. It was political will, in large part, that put humanity on the Moon. Though the purist in me would love to say that the natural human desire to explore would be enough to merit a return trip to the Moon, the inner realist tempers me with the simple truth that these trips take money – A lot of money. Given the monetary reality of space, the hard truth is that a trip to put people on our lunar satellite once again will only occur if there is a good, practical reason to return. And, sadly, the desires of a space loving Catholic Priest isn’t enough.

I would like to invite you into a conversation about the desire (or lack there or) to return to the Moon. In the comments below, please reflect on the question, “Do we, as a global community, desire to return to the Moon or not?” Personally, I can answer this question with a resounding, “ABSOLUTELY!” However, I’m just one voice amid billions.

Does the Moon still captivate? Has virtual reality replaced nature, making trips to the Moon appear to be nothing more than a boring trip to look at rocks? Do the timeless words of Buzz Aldren, Magnificent Desolation, still ring with a tone of wonderment or has the Moon lost it’s luster to the broader culture?

Please leave your thoughts below. Together, let’s pray that wonderment wins and we return to the Moon not only to achieve practical ends, but to continue the natural human desire to explore.