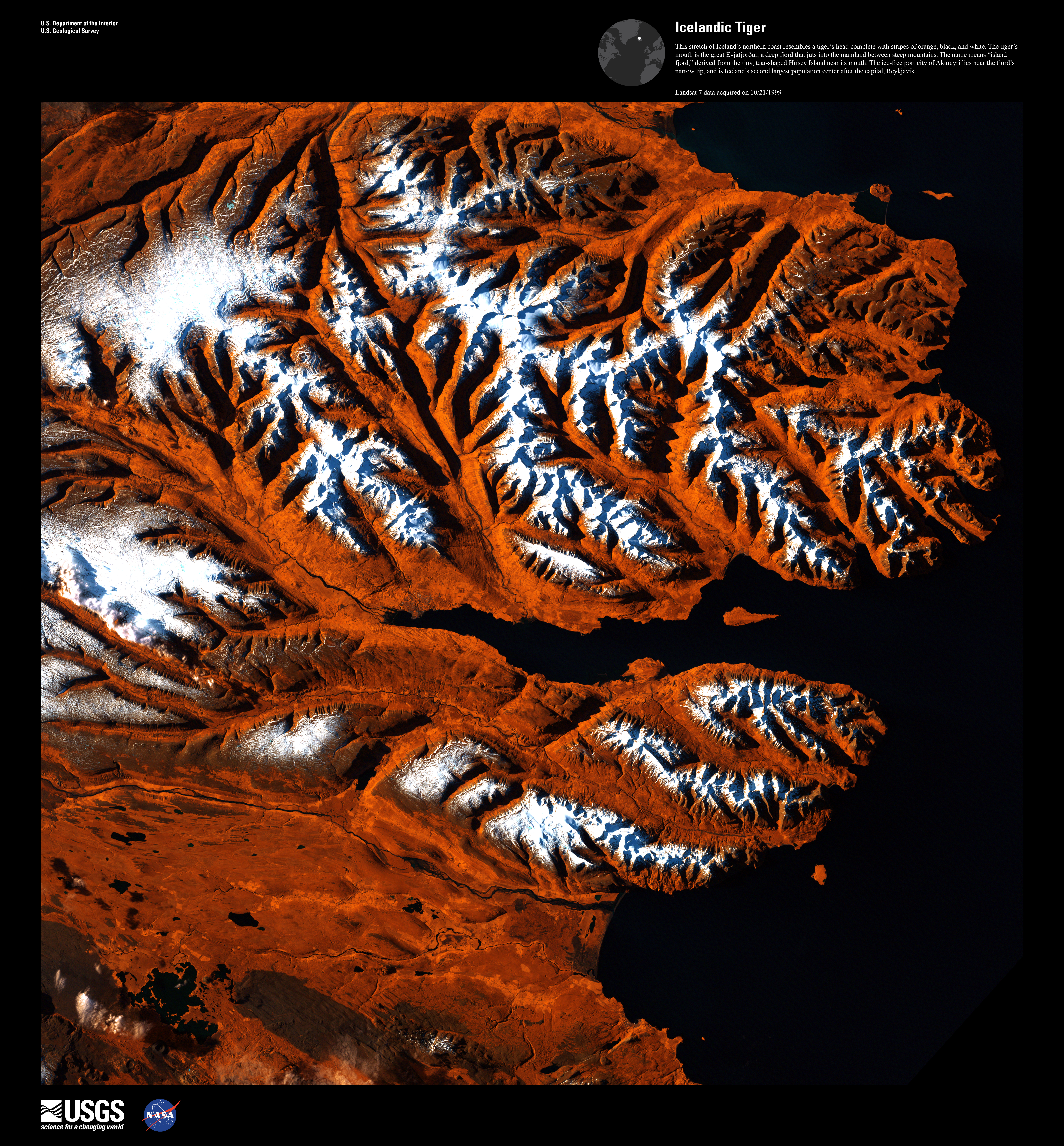 This stretch of Iceland’s northern coast resembles a tiger’s head complete with stripes of orange, black, and white. The tiger’s mouth is the great Eyjafjörður, a deep fjord that juts into the mainland between steep mountains. The name means “island fjord,” derived from the tiny, tear-shaped Hrísey Island near its mouth. The ice-free port city of Akureyri lies near the fjord’s narrow tip, and is Iceland’s second largest population center after the capital, Reykjavík. ~USGS 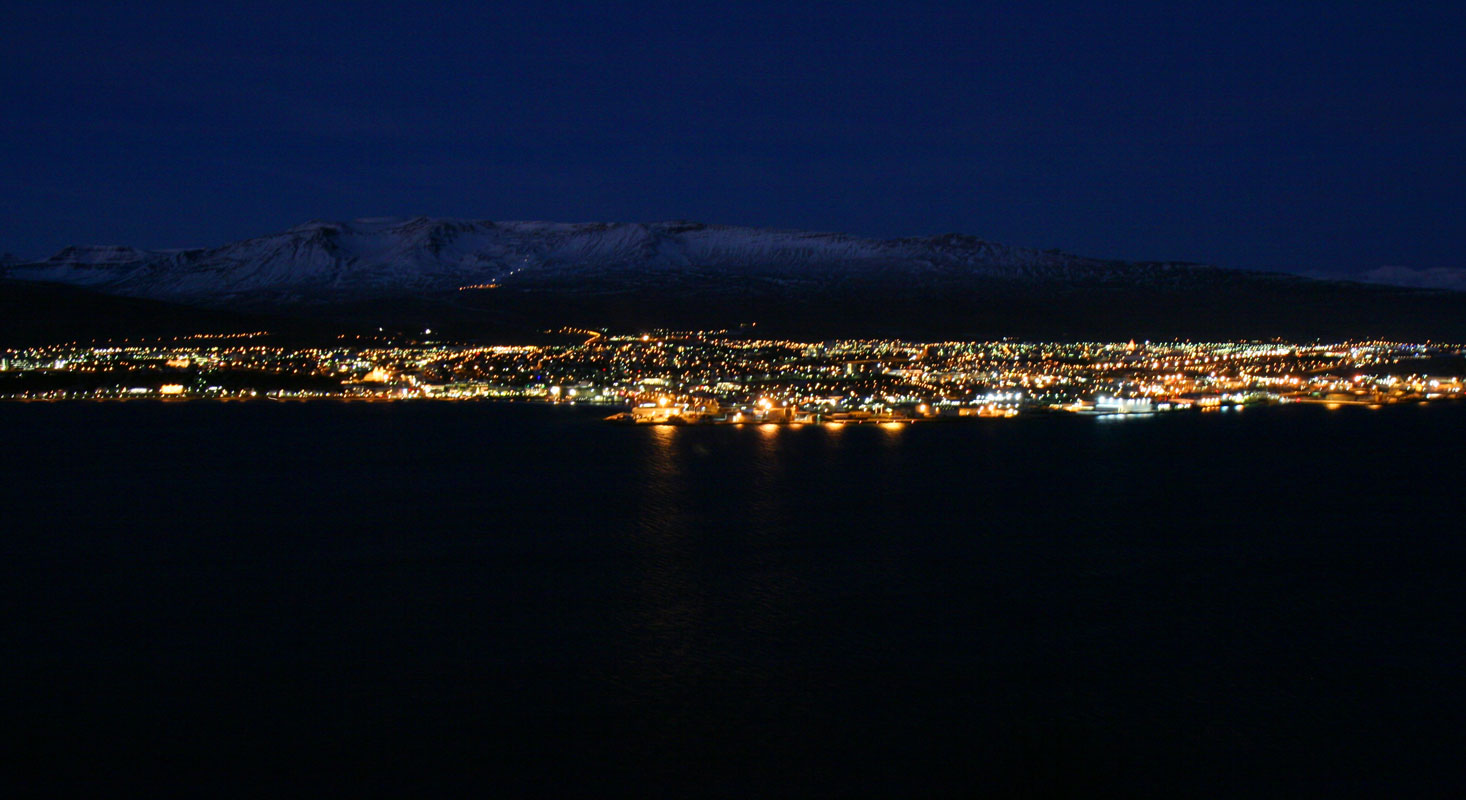 Akureyri, with Hlíðarfjall behind, viewed from the eastern shore of Eyjafjörður, morning November 2007. Credit: Debivort/CC BY-SA 3.0

Landsat 7 is the seventh satellite of the Landsat program. Launched on April 15, 1999, Landsat 7’s primary goal is to refresh the global archive of satellite photos, providing up-to-date and cloud-free images. ~Wikipedia 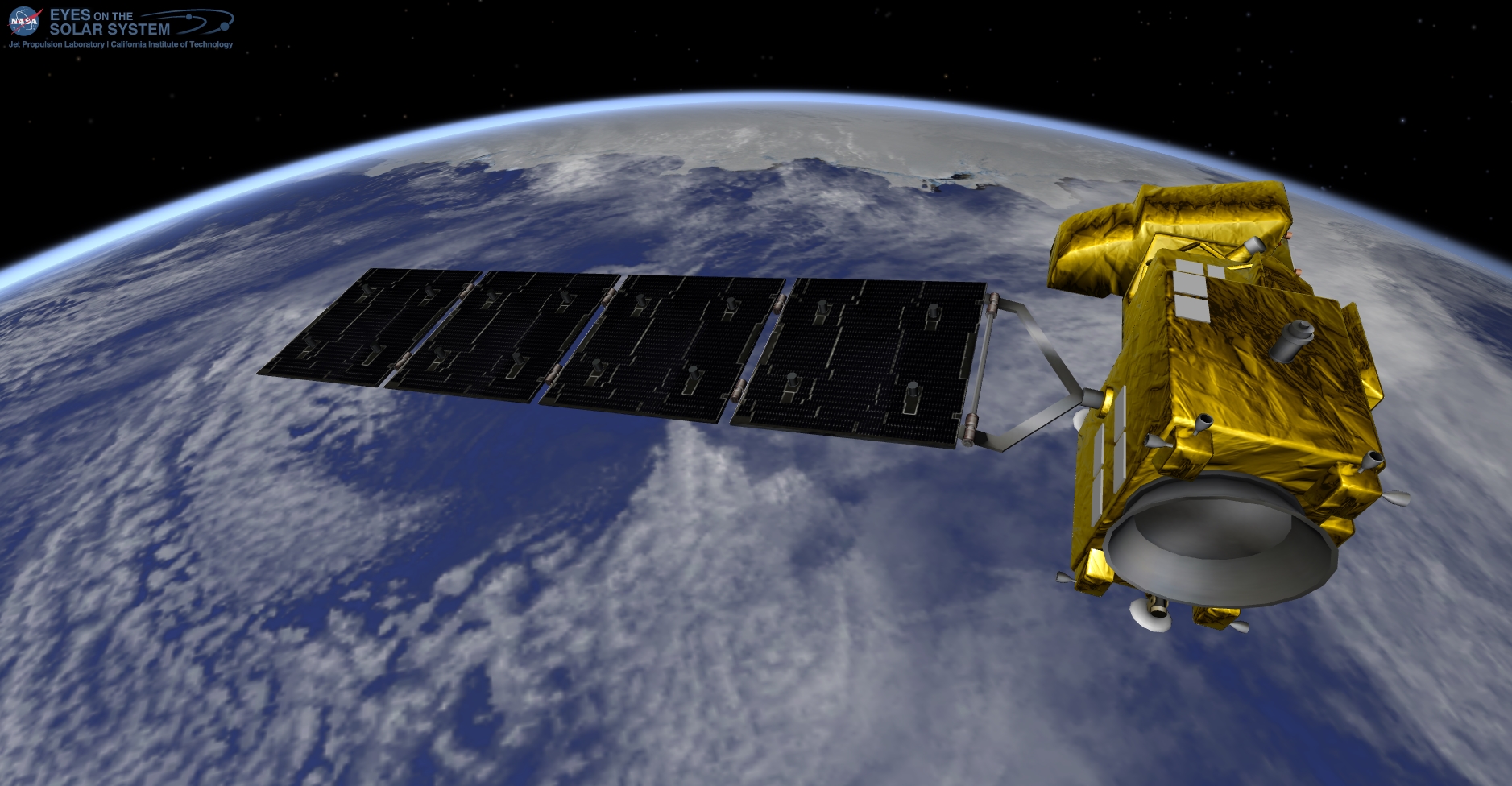 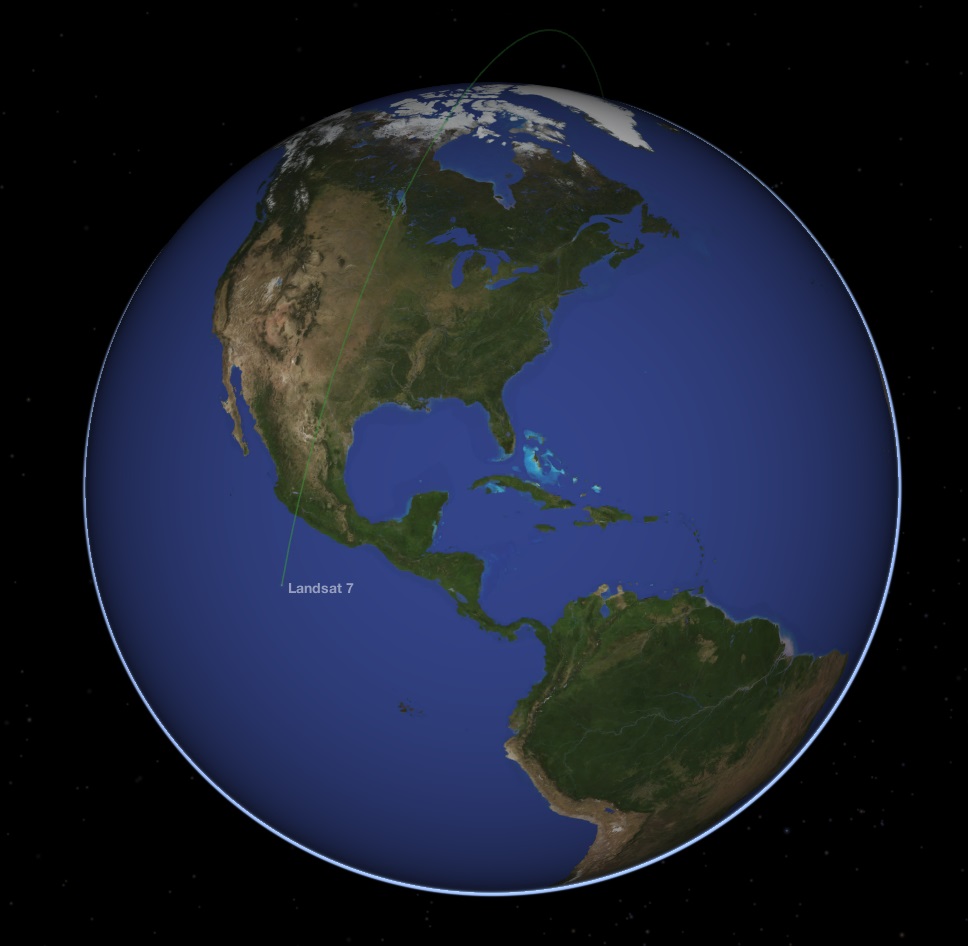