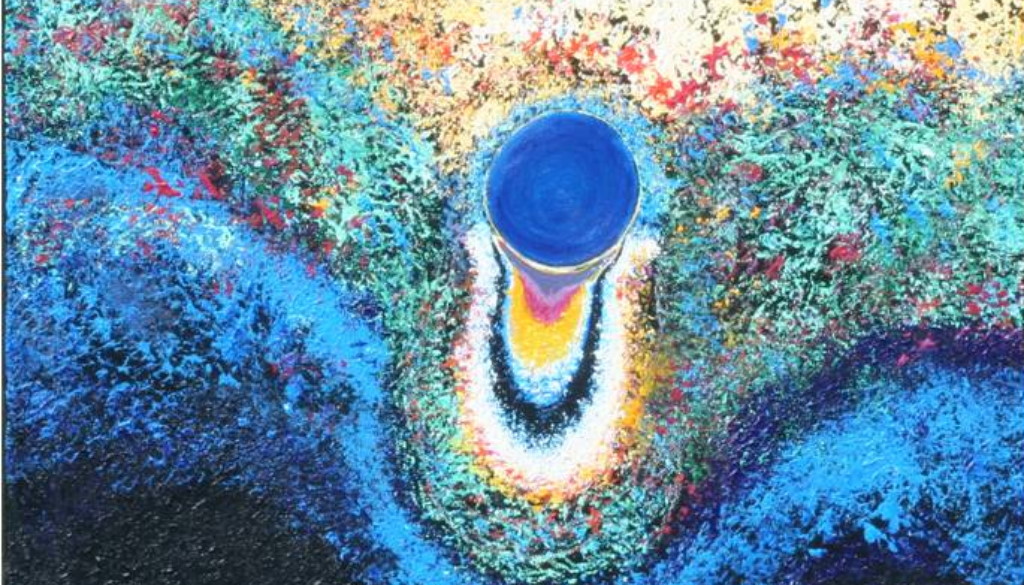 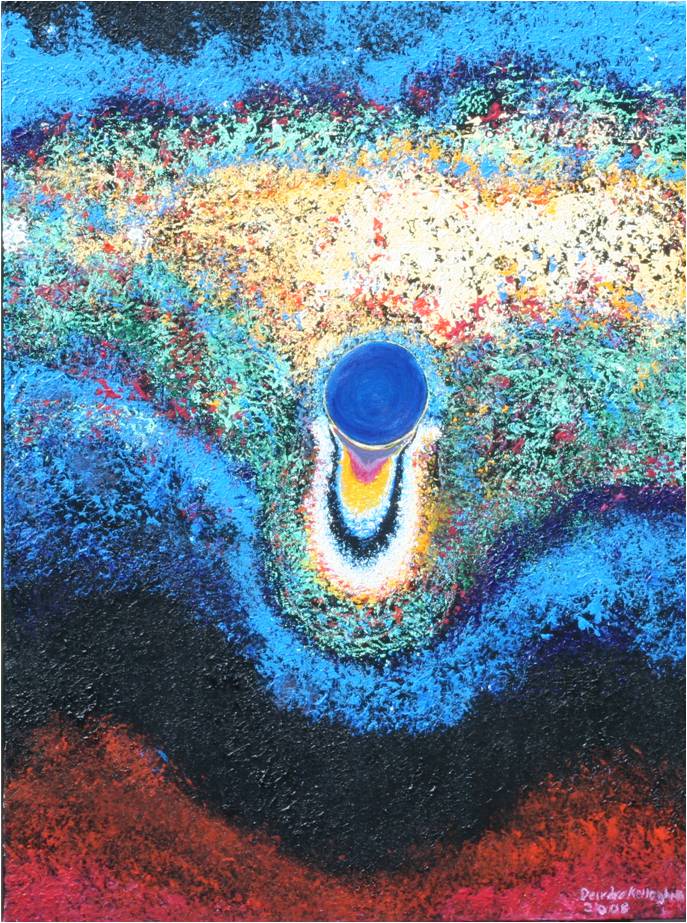 It was Easter weekend 2008. I had an idea for a new painting and was excited to try it out. It was actually March 23rd 2008, the earliest Easter Sunday in a century. It was the most peaceful day as I lost myself in painting once again. Blood Sweat and Tears played Variations of a Theme by Erik Satie and other beautiful songs from their 1968 album. It has been a favourite of mine for many years. Painting Enceladus on Easter weekend sticks in my head to this day.

This painting is inspired by Cassini’s image, which shows the distribution of frozen particles from inside the moon. Inside Enceladus, an unexplored ocean exists. Occasionally it explodes out of the bottom of this moon. The particles go out into space and help form one of Saturn’s rings (the E ring). Some of the particles fall back on the moon-like space snow. This occasional shower keeps the moons surface relatively smooth. In the image, different colours show the distribution of the icy particles and also the density.

The image that brought about the painting is called Boosting the Signal. It is a false colour image. The millions of particles of freezing water leave the icy moon and gather in different densities in space. As you can imaging a clear liquid like water would be almost invisible in the blackness of space. Cassini’s instruments did a great job on picking up the details in this explosive activity . Here is the original image with an explaination

This was a facinating image to to therefore I was compelled to bring this image from my computer screen to canvas. There were two ways to go about this: either I got down to work on recreating every single dot offered or found a more straightforward method. So in my kitchen, I had a bag of metal pot scrubbers. These were the soft types that do not scratch your pots. I made a few tests, and yes, this domestic device could make the paint look like dots or layers of dots if applied correctly. You can see how I used it in the slideshow below. The painting hangs in our livingroom and is a favorite here.