Artist’s rendering of the interior of Saturn’s moon Enceladus with a global liquid water ocean between its rocky core and icy crust. Image credit: NASA/JPL-Caltech

NASA’s Cassini mission scientists have determined that the slight wobble observed in Saturn’s moon Enceladus, as it orbits the ringed giant planet, is too large for the moon to be entirely frozen to its core. This wobble, referred to as a libration, reveals that the icy crust of Enceladus is disconnected from its rocky interior. In other words: Enceladus’ icy crust is sliding around on top of a global ocean of liquid water, and where there’s water, life may follow. 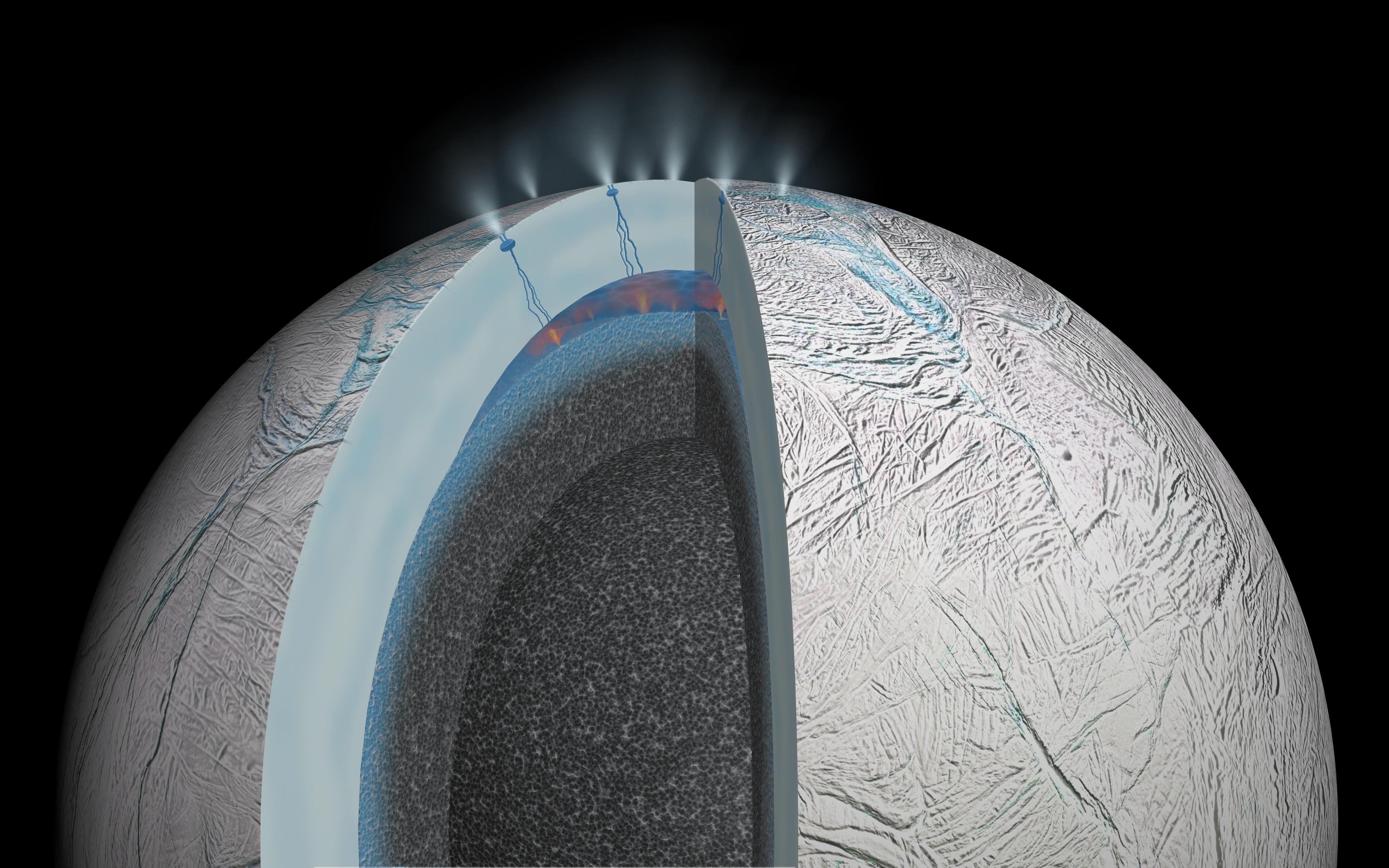 Original artist concept of Enceladus, showing a smaller regional sea at the under the south pole, where water jets have been observed. Image credit: NASA/JPL-Caltech

This graphic (above) is an update to Enceladus: Possible Hydrothermal Activity (left), which showed only a regional sea beneath the south polar region of Enceladus.

As Enceladus orbits Saturn, it is subject to tidal forces due to gravitation. These forces stretch the moon, causing friction, which heat up the moon’s interior. This is a process is called tidal heating.

Jupiter’s moon Io is the most volcanically active body in the solar system, as a result of tidal heating.

It was recently determined that Jupiter’s moon Europa also has a sub-surface ocean. It is thought that the chemical makeup of Europa’s ocean is similar to that of Earth’s oceans; Europa has become a prime target in the search for life in the solar system. Enceladus may be a great candidate in the search for life, but Europa is a whole lot closer to Earth. 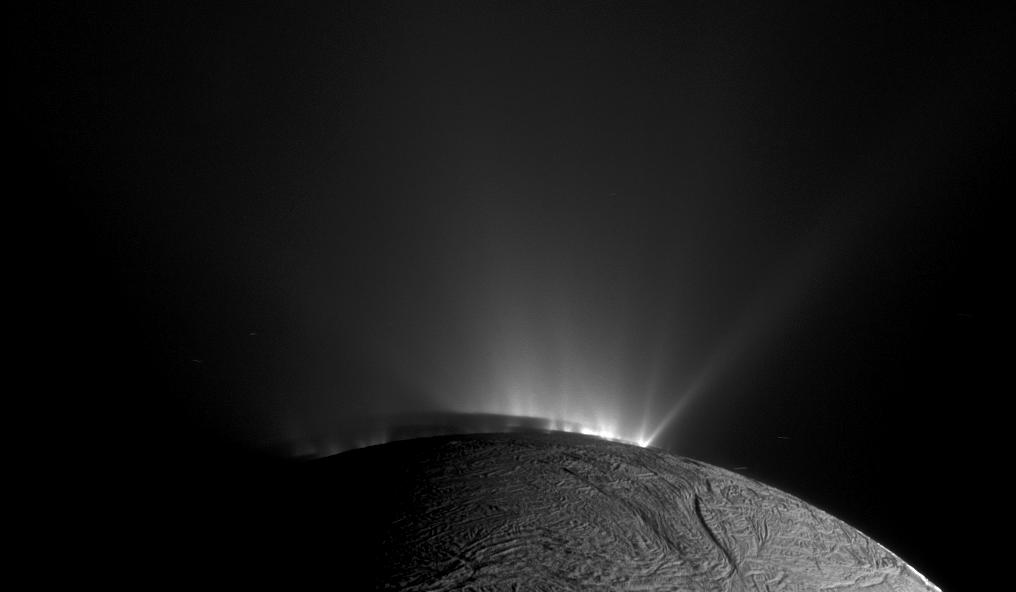