When I set out to experience a Pluto flyby, I did not anticipate that I would be getting involved with hats.

In the middle of July, I was hanging around the Kossiakoff Conference and Education Center at Johns Hopkins University’s Applied Physics Laboratory, home of the New Horizons project. I was there to assist a team of educators working on public outreach about the mission. Over a thousand visitors were present.

In a corner of the center was a table. Artwork of Pluto, its moon Charon, and NASA’s New Horizons spacecraft decorated a large backdrop behind the table. On the table was a professionally-made one-eighth-scale model of the spacecraft. It was a very nice model. But it wasn’t what drew the attention of visitors.

What visitors were looking at was the hats. Large hats. In the shape of the New Horizons spacecraft. 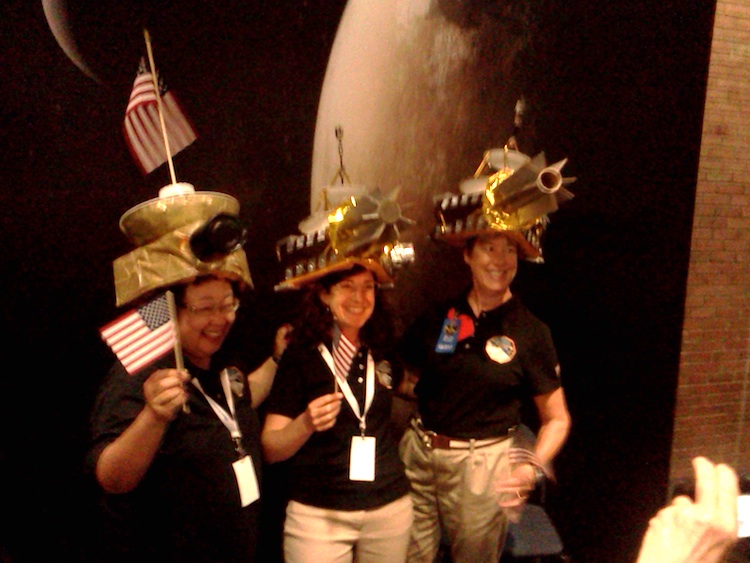 The hats, displayed jauntily on the heads of three of the New Horizons Educator Fellows.

The way I heard the story, Ann Darrin is Managing Executive of APL’s Space Exploration Sector. She came to work one day with three Wisconsin Cheese-Head hats. 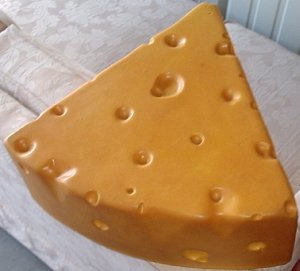 Commonly seen where fans of the Green Bay Packers congregate, a Cheese-Head is a foam-rubber triangle carved to resemble a giant wedge of Swiss cheese.

Showing these hats to Michael Ryschkewitsch, who is head of APL’s Space Exploration Sector, Ms. Darrin invited him to notice the Cheese-Heads’ resemblance to the triangular New Horizons spacecraft.

He took one home and began to cover it with gold-colored material, resembling the thermal blankets around the probe. He represented the Radioisotope Thermoelectric Generator by painting an empty can black. A reasonable representation of New Horizons took shape. 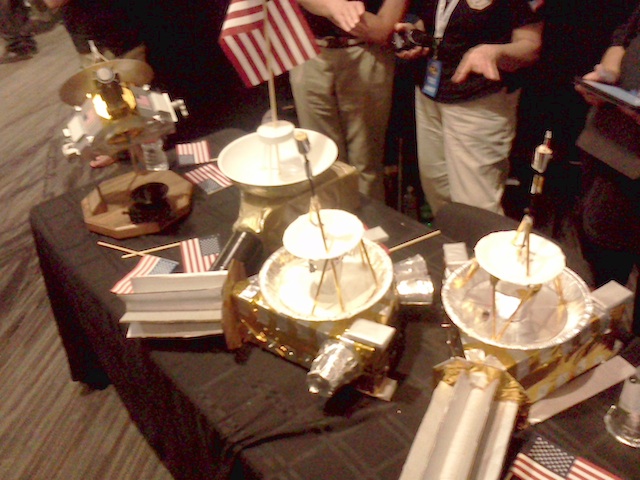 All three New Horizons hats at the Applied Physics Laboratory. 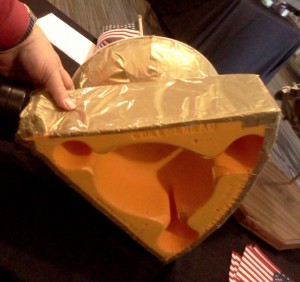 When visitors began showing up for the flyby celebration, there were the hats. They loved the hats. In fact, the hats were stunningly popular.

The New Horizons Educator Fellows adopted the hats. They’d show off the hats. Most visitors were eager to try them on. The educators would encourage shy visitors to wear the hats. When things got slow, they would model the hats themselves.

And of course photos must be taken. The educators would accept a visitor’s cellphone, arrange a satisfactory composition, and snap a photo that was sure to be a memorable souvenir of this historic week. 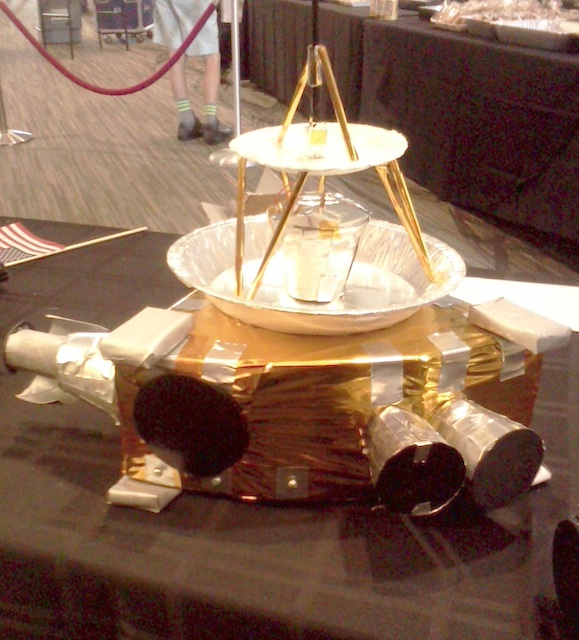 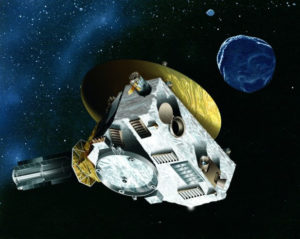 Pictures of the hats popped up all over the Internet. In the Baltimore Sun. In the New York Times.
In the Knoxville News-Sentinel.

Hats appeared in the Twitter feed of the prestigious journal Nature (@NatureNews) and in the tweets of Jet Propulsion Laboratory science writer Whitney Clavin (@whitnutt). They even turned up on the heads of musicians: folksingers Christine Lavin and Craig Werth, present because they’d each recorded memorable songs about Pluto.

I predict we’ll soon be seeing spacecraft-shaped hats at other centers of interplanetary exploration, as the fashion trend set by New Horizons spreads throughout the Solar System.

Unfortunately, the hats were somewhat fragile, and began to lose some of their cardboard instruments. Word went out through the APL grapevine. Presently Mike Ryschkewitsch himself appeared, brandishing a hot-glue gun. 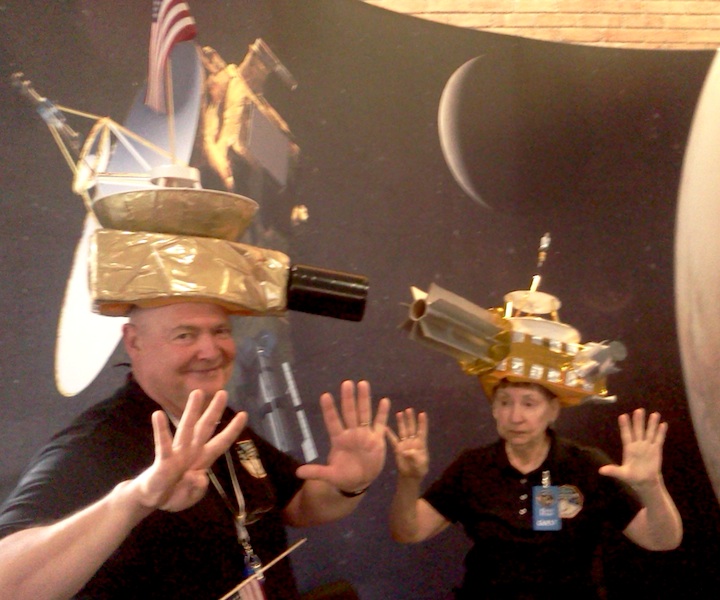 From him, as he made careful repairs on the “spacecraft,” I learned how the hats were created. He also told me why the hat he’d made was plainer and more impressionistic than the others. He had originally intended for it to be more detailed.

He was working on the hat at home, on the weekend of the Fourth of July. He’d finished the gold wrapping, added the black cylinder RTG, and built up a salad-bowl antenna.

Then the phone rang. New Horizons—the real one—had fallen out of contact with the ground. Then it had entered “safe mode.” Dr. Ryschkewitsch left the house, headed for the Applied Physics Laboratory, leaving his hat behind. “This project was by definition done,” he says. A spacecraft out by Pluto needed him.

Once I’d heard that story, the Ryschkewitsch hat became my favorite hat.

As we now know, New Horizons recovered from its hair-raising safe-mode crisis and the software problem that had caused it. By 7 July the spacecraft had resumed observations of Pluto’s neighborhood. Within a week, it had arrived on Pluto’s doorstep, working perfectly—and a thousand visitors had arrived at APL to witness history.

The spacecraft was ready for Pluto. And the hats were ready for the visitors.