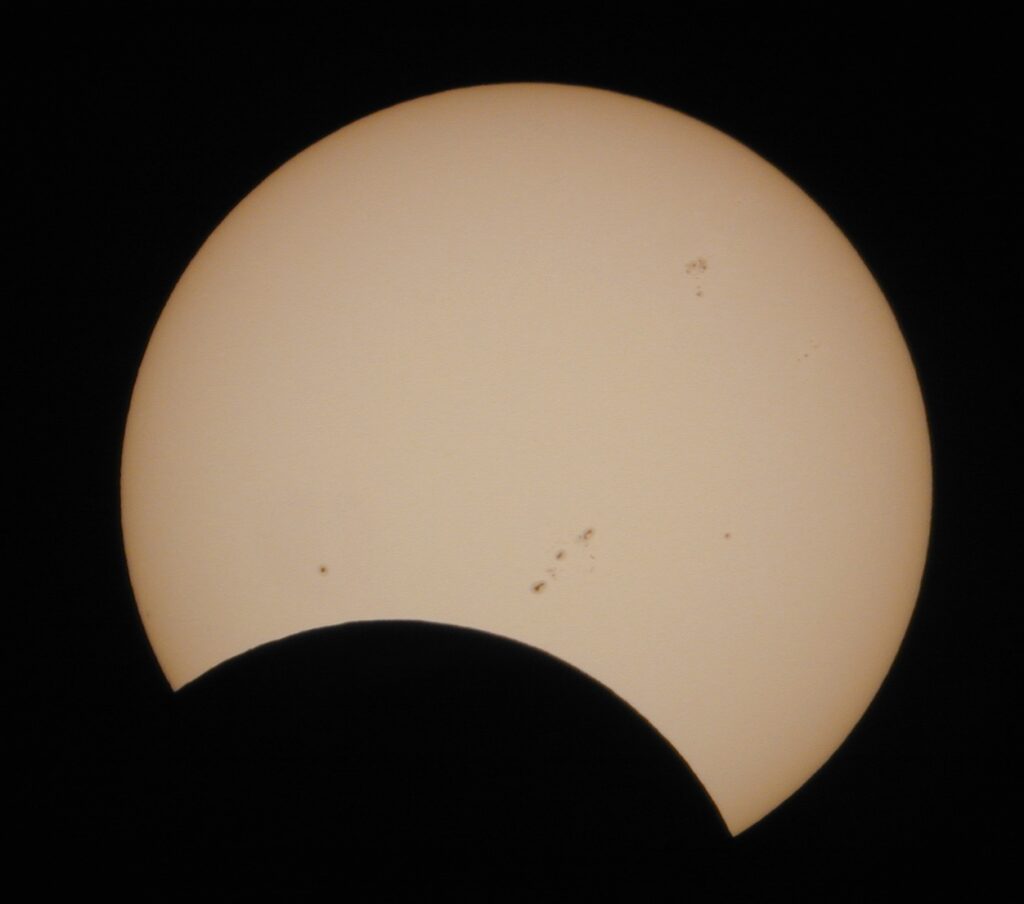 I cannot remember a time when I haven’t been fascinated with astronomy, the space program, and science fiction. I was a child during the Apollo era, and a young man when the original COSMOS first aired. I cut my teeth on Star Trek, Arthur C. Clarke, Isaac Asimov, and Larry Niven; Carl Sagan was, and remains to this day, my personal hero. 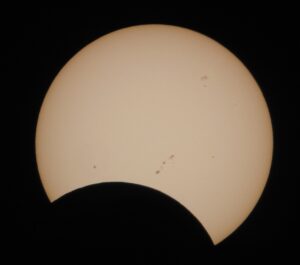 Now that I think about it, I started doing astronomy outreach the moment I got my first cheap telescope in 1968; I showed the Moon, Jupiter, and Saturn to the neighbors, and took it with me to summer camp. I had one of those really scary green glass eyepiece solar filters – that got used a lot more than I like to think about!

My wife gave me an 8″ Dobsonian telescope for my 40th birthday, that came with a not-scary-at-all solar filter; that telescope has seen a LOT of use in 16 years – so much so, it’s starting to show its age.

I joined the Warren Astronomical Society in 2011, and started to volunteer for some of their public outreach events. This was the first time I’d come into contact with large groups of citizens peering through telescopes. Every single time I’ve set up my telescope, someone looking through it  has said “Oh WOW!” In one extreme instance, I had one young woman dancing around, flapping her arms, and yelling “Oh my God! Oh my God!” after seeing Saturn. 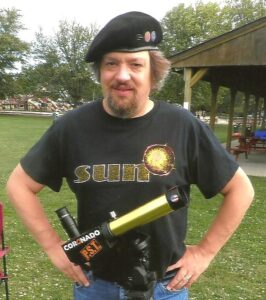 During the Summer of 2012, I setup my solar telescope (a 40mm Coronado PST) on Sunday mornings at New Baltimore, Michigan’s, Burke Park. I had a flip book with images of the Sun, and gave hundreds of quick 1 minute “This is how cool your Sun is” spiels.

Based on the questions I’ve been asked repeatedly over the years, it has became apparent to me that the general public’s knowledge of even the most basic aspects of astronomy is astonishingly small. Having loved astronomy since my first memories, I wanted to change that.

I have been attending Midwest Science Fiction conventions since 1978; I saw Br. Guy lecture about meteorites at an SF convention in the mid-1980’s, and he blew me away! The science content offered at SF conventions has grown over the years, and I really enjoyed seeing lectures about current NASA missions. I thought to myself: “I could do that.” So I did.

In 2013 I became a volunteer NASA/JPL Solar System ambassador, and started lecturing and setting up telescopes at SF conventions, libraries, planetariums, etc. I’ve lectured several times at meetings of the Warren Astronomical Society held at the Cranbrook Institute of Science. I just LOVE it! 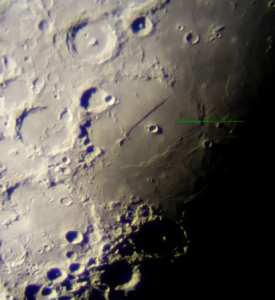 During one SF Convention in Dearborn, Michigan, one young woman, looking through my telescope at craters on the Moon said “Oh wow!” Then she asked me “How’d those get there?” I stammered for a moment, and answered “asteroid impacts,” not knowing how to quickly describe: lunar formation hypothesis, hypervelocity meteoroid impacts, and crater morphology.

I looked at the Michigan K-12 Science Standards, and was completely dismayed at the brevity with which astronomy is covered, and the sparseness of content required. I asked a middle school history teacher how much of the history of the U.S. space program she was required to teach. Nothing. I asked a high school principal the same question, and was told: “If astronomy or the space program gets taught at all, it only gets taught as an elective, and only if we have a teacher who knows it.” I thought to myself: “I could do that.” So I am.

My wife, Connie, is a fantastic middle school science teacher, and a fellow volunteer NASA/JPL Solar System Ambassador; she and I are running an after-school club at her school this year called the Endeavour Space Academy. 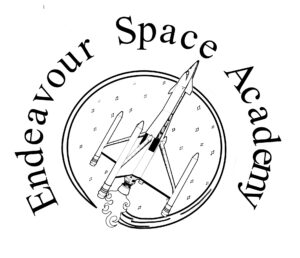 Each session starts with a 10-15 minute presentation including:

I’ve attended hour-long lectures on some of these topics; I feel like I’m just glossing-over them, but it’s a good bit more than most students are getting…

After my presentation, students split into 2 groups: Connie takes one group and covers an astronomy topic in much more detail. I take a group down to a computer lab and have them run space and astronomy apps including: NASA Eyes on the Solar System, Universe Sandbox, Stellarium, and Kerbal Space Program.

My original goal was to have the students build and fly the historic mission I discussed at the beginning of the session; I spent the entire summer of 2016 developing a series of rockets replicating those missions. But after the club started, I learned quickly that “no syllabus withstands contact with the students,” and also how to fly-by-the-seat-of-your-pants.

I do have some students who want to recreate and fly the missions… I have others that like to build enormous rockets with hundreds of passengers, or rockets that explode upon launch… or both. I have one student who just wants to fly jets – I really need to get him a Single Stage To Orbit (SSTO) vehicle, and see if he can get it into orbit.

In the last few weeks before the holiday season, I did have several students successfully get into orbit, and some actually make a successful reentry… and some not-so successful reentries… A few students used a Hohmann transfer maneuver and got into the sphere-of-influence of the Moon (Mun, in game). Next year, I want to get more students to this point, and then have them land on the Moon. 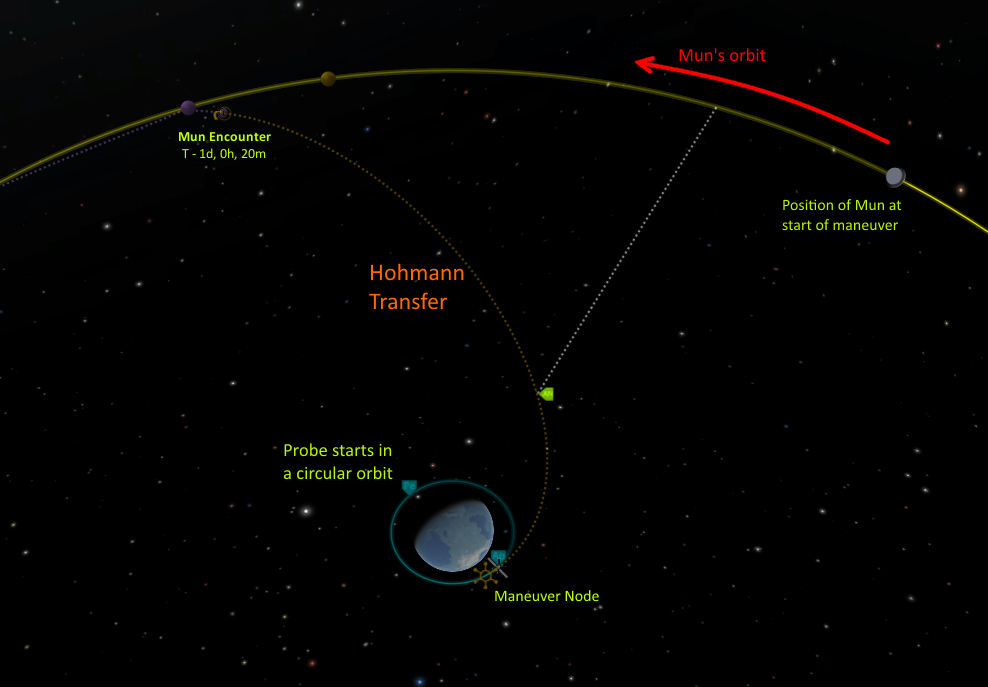 One constant of each session is my running from student-to-student-to-student the entire time (I don’t know how my wife does it). During one session, I had a visit from Mark Muzzin, the deputy director of the local Starbase One facility, he wanted to see how the club was going; I wasn’t able to speak with him! I literally had three students surround us, jumping up and down, saying “Mr. Trembley! Mr. Trembley! Come here! Look at this!” Mark commented that he “liked the enthusiasm!”

Check out the Facebook page for the club, I do regular updates there: https://www.facebook.com/EndeavourSpaceAcademy/

In the short term, I’d like to get several computers capable of running Kerbal Space Program and other space apps, and take them into schools as an in-school, hands-on space camp. Looking towards the future, I’d like to see this type of program replicated throughout Michigan schools, and across the country.

I don’t know where this voyage is taking me, but the journey sure has been interesting! 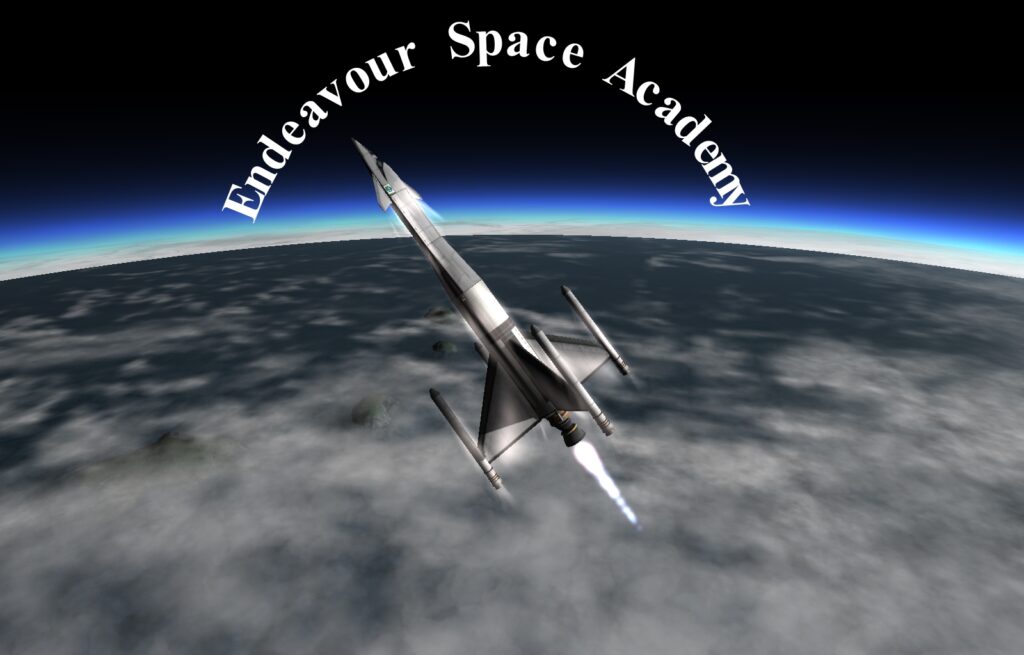