An abundance of erroneous information can be found in books.  Unfortunately, that includes science books for children.  Recently I have been perusing children’s science books, looking for good material for the Vatican Observatory Faith & Science site, and I keep coming across things like the images below—a page from Scientists Who Made History: Isaac Newton (published 2001 by Raintree Steck-Vaughn Publishers: A Harcourt Company).  This is from a section of the book that talks about Newton studying the motions of the planets. 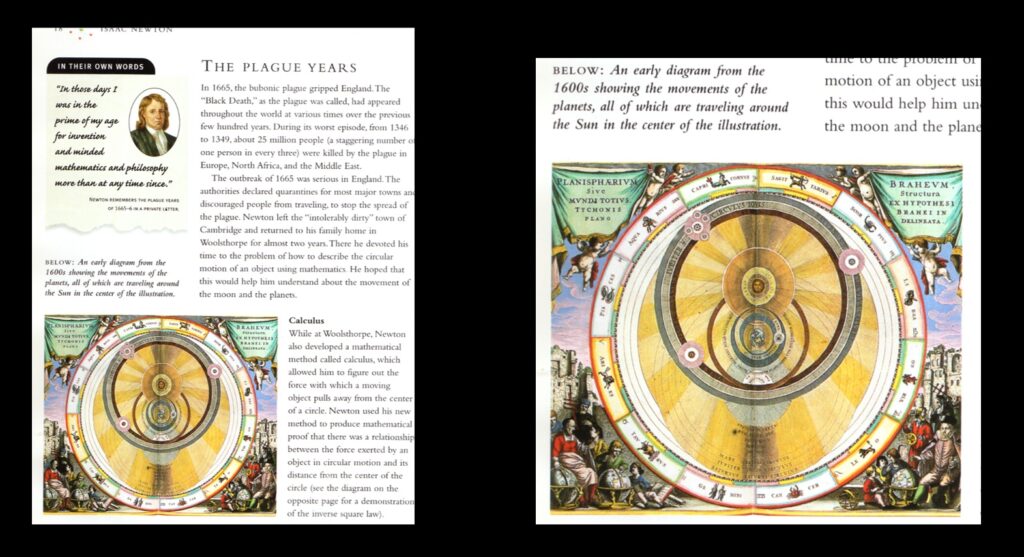 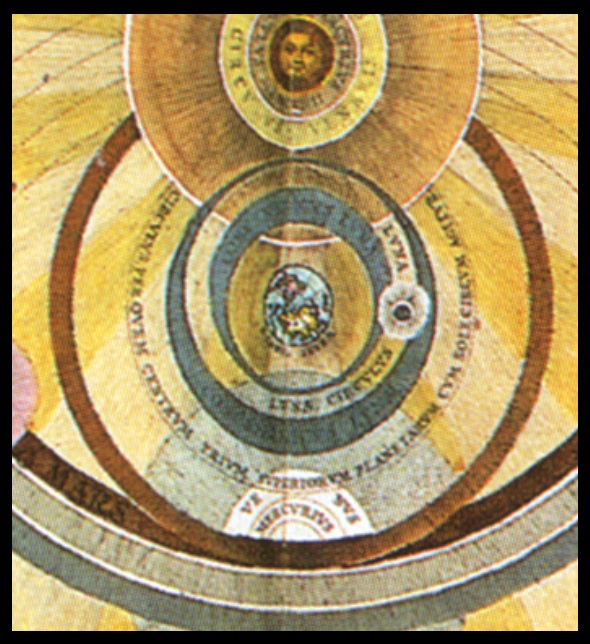 The diagram is of the theory of Tycho Brahe.  Brahe’s name can be seen in the Latin inscription at the top right of the diagram.  When Newton worked to understand the motion of the moon and planets, it was the theory of Nicolaus Copernicus that he worked with (in which all of the planets indeed travelled around the Sun), not this.  As we have seen before, this is not the first time this diagram of Brahe’s theory has shown up incorrectly in a children’s book.  And this is such a bad error.

Another example of a pretty bad error can be found in Starry Messenger: Galileo Galilei, by Peter Sis, (published 1996 in the US by Frances Foster Books/Farrar, Straus, Giroux, and in Canada by HarperCollinsCanadaLtd—yes, that’s how it is spelled).  This is a lovely book.  It was a 1997 Caldecott Honor book.  Unfortunately, it contains this:

But the book says Galileo was ordered to stop believing what he could see with his own two eyes.  There is a story being told by Sis.  The story is about Galileo and the Church.  The book has a good bit of creepy imagery in it (below).  The creepy stuff is for the Church.  Fair enough.  The Church treated Galileo badly, regardless of the quality of his arguments. 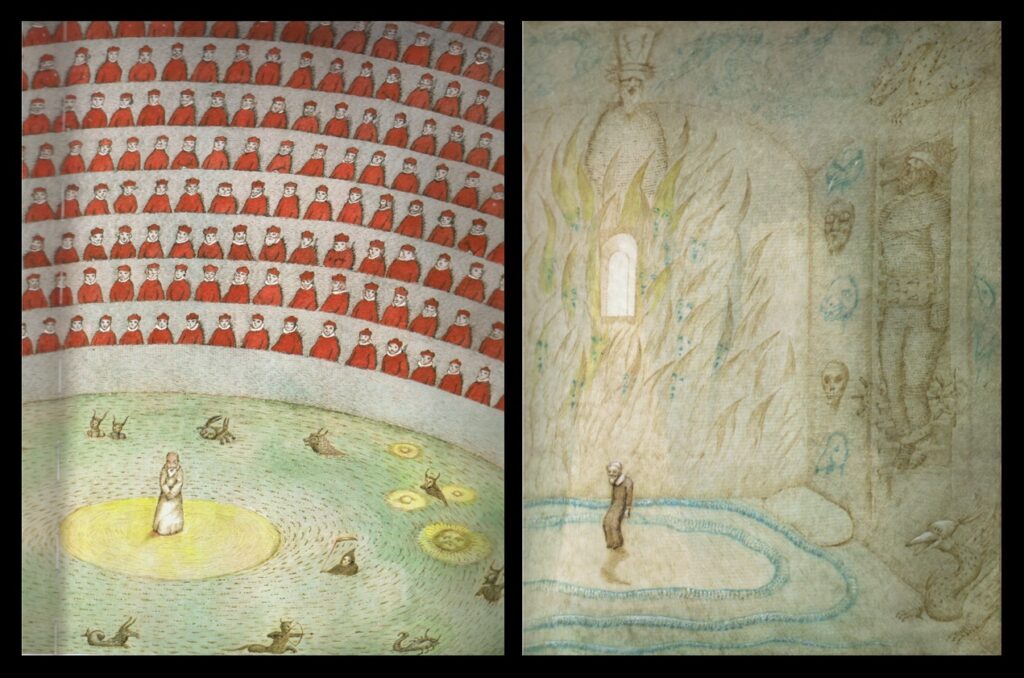 But what of Science?  Science is quietly harmed by the errors in these books.  When Galileo is said to have been ordered to stop believing what he could see, a true story is traded for a fictional one.  The fictional story is about the Church.  The true story that is lost is about Science.  What these books say with their errors, is that Science does not really matter.  Copernican system, Tychonic system—what’s the big deal, right?  What matters is Newton studied the motions of planets, right?  And the Church tried Galileo for something regarding astronomy, right?  It must have had something to do with something he saw, right?  Who really wants to bother with all those scientific details about ‘who thought what’ and ‘what was the scientific debate’?  And so the whole true story is lost because the crucial scientific material is lost—the material that tells us how science worked during the battle over the Earth’s motion (the battle between the theory of Copernicus in which the Earth moved, and the theory of Tycho Brahe—the same one that is erroneously shown in that diagram above—in which Earth did not move).  That lost material teaches us how science works overall.