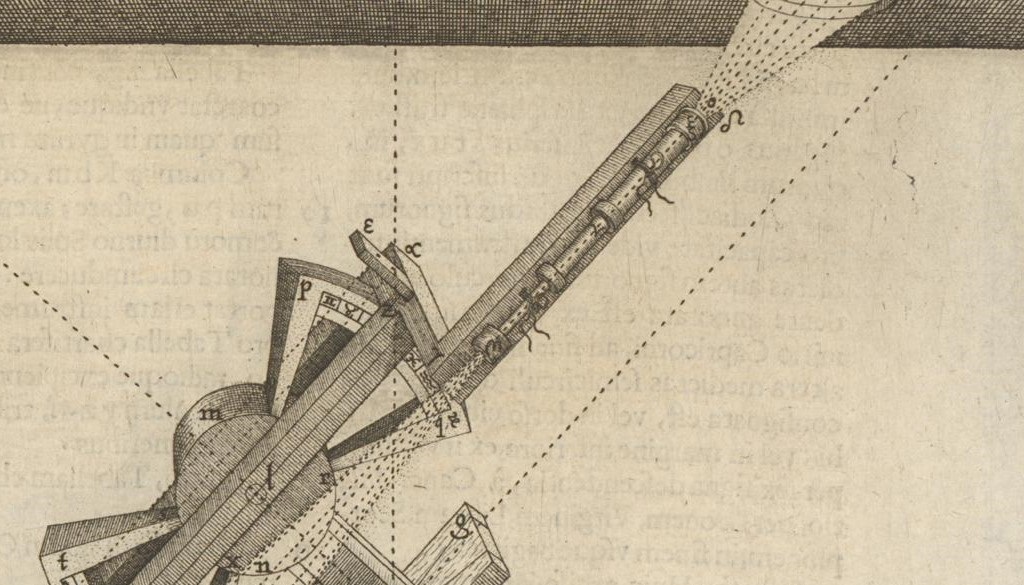 Even Harvard cannot help but produce bogus history when the subject is the history of astronomy. This spring I read the book Extraterrestrial: The First Sign of Intelligent Life Beyond Earth. The author is Avi Loeb, chairman of Harvard’s astronomy department from 2011 to 2020, author of hundreds of scientific papers, etc. The publisher is Houghton Mifflin Harcourt. The book is about Loeb and his hypothesis that the dramatic brightness fluctuations of the object named ‘Oumuamua that sped through the solar system in 2017, and its deviation from its expected trajectory, can be best explained by it being a piece of space junk from an extraterrestrial civilization.

Unfortunately, the book is also about Galileo and the Church. Loeb writes:

At one point during the frenzy that followed my articulation of my hypothesis about ‘Oumuamua, I faced a roomful of reporters and a forest of outstretched microphones. I had just given three one-hour interviews. It was lunchtime; I was hungry. So rather than mount a detailed defense of my hypothesis about ‘Oumuamua, I referred the journalists to one of my predecessors in the field of astronomy in the hope that doing so would encourage everyone to keep an open mind.

I reminded my audience of Galileo’s seventeenth-century declaration that the evidence visible through his telescope suggested that the Earth orbited the Sun. It is one of the most familiar and oft-told stories in the annals of science: With the publication in 1610 of his treatise Sidereus Nuncius (which translates to Starry Messenger), Galileo described his observations of the planets via a new telescope and declared—based on this evidence—his agreement with the heliocentric theory of the solar system. Galileo’s data implied that the Earth, along with all the other planets, revolved around the Sun. This ran directly counter to the teachings of the Catholic Church, which accused Galileo of heresy. Following a trial during which it is claimed his accusers refused to even look through his telescope, Galileo was found guilty of heresy. He spent the rest of his life, nearly a decade, under house arrest.

Galileo was forced to abandon his data and discovery and recant his statement that the Earth circled the Sun, but legend has it that afterward, Galileo whispered under his breath, “And yet it moves.” The story is likely apocryphal, and even if it’s true, its truth is beside the point—or at least it was for poor Galileo. Consensus had won out over evidence.

I didn’t get into all of this at the press conference, of course; I just alluded to the story of the famous astronomer. But predictably, a reporter pounced: Are you saying you’re Galileo? No. Not at all. What I wished to convey was that history has taught us to keep returning to the evidence about ‘Oumuamua, testing our hypotheses against it, and, when others try to silence us, whispering to ourselves, “And yet it deviated.”

Of course, this is all so much nonsense. If it seems that everyone has his or her “own facts” today, one reason for that might be because even the supposedly most expert, most credible sources do not ensure that even the most basic information is correct—as seen here. Perhaps the presidents of Harvard and Houghton Mifflin Harcourt could try to undo the damage done to scholarship and knowledge by this book by dressing in sackcloth and ashes, as public penance for the parts their institutions played in this.

In the mean time, some corrections:

No, Galileo’s data did not imply that the Earth revolved around the Sun. Scientists like Simon Marius and Christoph Scheiner, for example, made their own telescopic observations and wrote on the new discoveries—and they did not agree that the data implied that the Earth circled the sun.

No, refusal to even look through a telescope did not play a part in the Galileo story. Jesuit astronomers in Rome had confirmed Galileo’s discoveries with their own telescopes by 1611. By the time of Galileo’s trial in 1633, Scheiner (also a Jesuit) had published an extensive telescopic investigation of the sun. Christoph Grienberger (another Jesuit) had developed the equatorial mount.

No, Galileo was not forced to abandon his data and discoveries. They had all been confirmed, and even improved upon (as with Scheiner and the sun), often by scientists within the Church.

No, Galileo did not, according to legend, whisper under his breath, “And yet it moves.” A bogus story that someone made up long after the fact is not legend.

NO, consensus had not won out over evidence. Solid evidence, and a resolution to the scientific problems presented by the idea that Earth circles the sun, would be long in coming.  As best I can tell from my research, the arguments for an immobile Earth actually got stronger until the mid-17th century, as people such as Giovanni Battista Riccioli (another Jesuit) investigated what a moving Earth implied, and, for example, came to envision and articulate a description of the Coriolis Effect. Only after 1651 did the momentum begin to turn, but the scientific difficulties involved with a moving Earth would linger well into the 18th century (I have a paper on this just out in the Journal for the History of Astronomy).

Harvard has historians of science.  Loeb or Houghton could have asked one of them about all this, especially considering that in Extraterrestrial, Loeb repeatedly returns to the Galileo story, to the idea of refusing to look through a telescope, to “and yet it deviated”, etc. This bogus idea is a big theme in the book.

Recently one book after another, from seemingly reputable publishers, has been popping up with bogus history of science material in it: a book about Galileo; a book about Japan; even a book that is supposed to be about history and Catholic scientists, for young Catholic readers. Bogus history is coming at us from left and right. Thanks to Loeb, even more people will now know about “Galileo being condemned by Catholic clerics who would not even look through a telescope”. It is just extra disappointing when Harvard produces it.