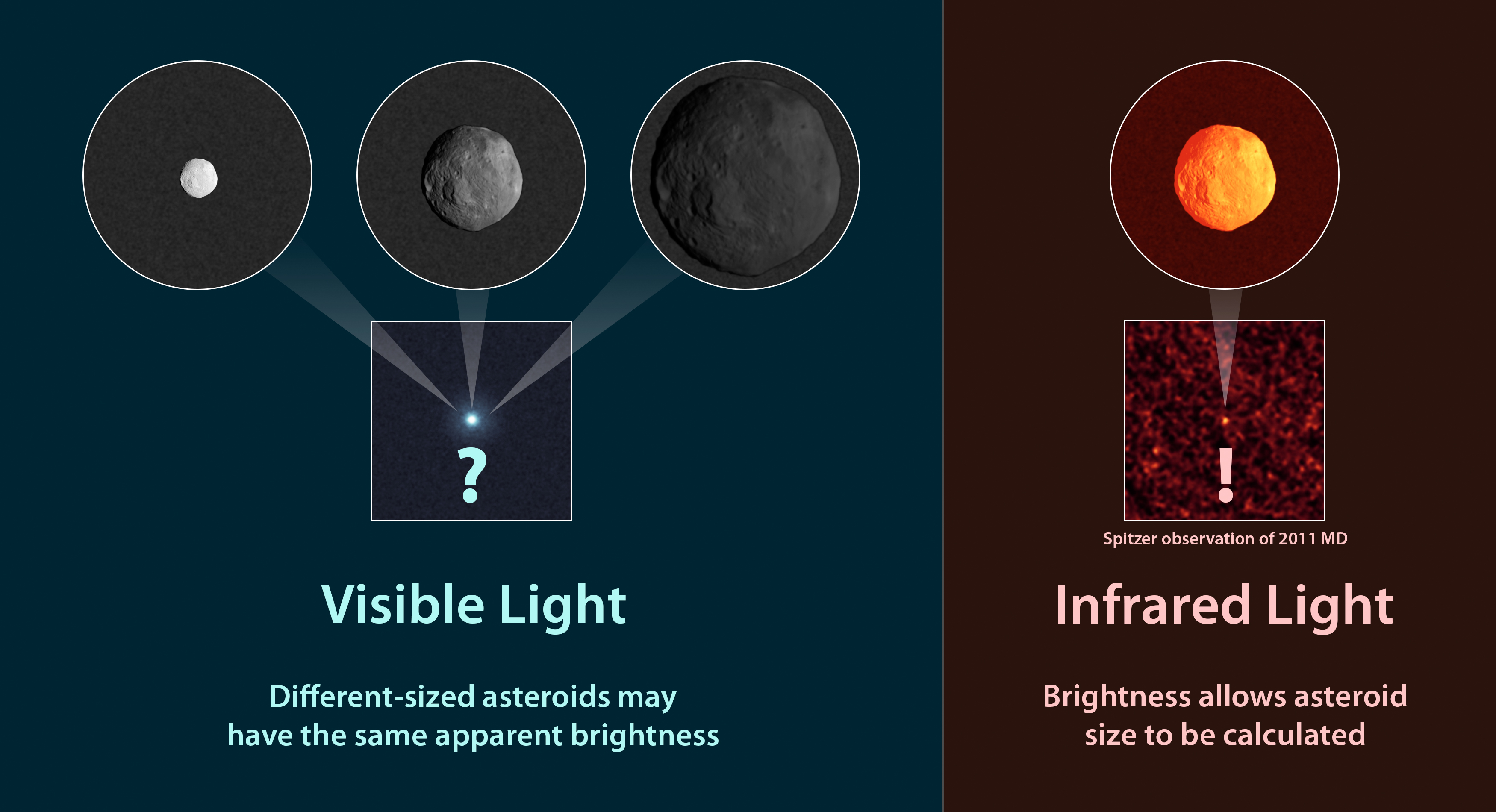 ’Oumuamua is not the only odd thing in the outer solar system… this column dates from November, 2004, in the Tablet, and was first published here in 2015.

The latest news from out where Pluto orbits has brought to my mind that ‘60s satire of TV science shows, “Everything You Know Is Wrong.”

Readers of this column may remember how surprised we were last spring [2004] to find an object, since named Sedna, orbiting nearly twice as far from the Sun as any previously discovered solar system body. That far away, it must be pretty big to reflect even the meager bit of sunlight that we see glancing off its surface; perhaps as big as Pluto itself?

How big? That depends on how bright its surface is.

We know from their motions how far away from the Sun (and us) Sedna and the other Trans-Neptunian Objects (TNOs) lie. And we can measure how much light from them reaches our telescopes. For a given brightness, that amount of light could mean they were very big, if their surfaces were relatively dark; or not nearly as big, if their surfaces were bright white; or any combination of size and brightness in between.

So how do you tell how intrinsically bright an object like that is? The simplest way is to make an educated guess. Our “education” in this case is noting that one object we’ve seen close up, face to face, coming from that distant TNO region of space was the nucleus of Comet Halley. We (or at least, the Giotto spacecraft) visited that nucleus in 1986, and discovered that it was quite dark. The nucleus (as opposed to the big, bright, gaseous tail) reflected only 4% of the light hitting it; the rest was absorbed into its jet-black surface.

If Halley reflects 4% of the light it gets, then our first guess is maybe that’s how much light gets reflected from the other TNO objects, like Sedna. Very dark. Hence, very large.

But what happens to the other 96% of the light that hits the surface of Halley’s Comet? It gets turned into heat. That’s the heat that penetrates to the ices below the surface, causing them to boil away through cracks and vents to make the glorious comet tail. Out where Sedna orbits, even jet black objects won’t get that hot. But they’ll still get hotter than bright white objects.

Now look with a telescope and detector that sees the infrared light emitted by all heated objects; such an infrared spectrum can tell us the temperature of the object. Unfortunately, the infrared colors of an object in deep cold space, at say 30 degrees above absolute zero (i.e., at minus 240 Celsius), are at wavelengths that cannot pass through the Earth’s atmosphere. To see them, you have to go out into space.

And we’ve now done that. Nasa’s Spitzer Space Telescope, launched a year ago, has been sending back its first data on the infrared colors of a few select TNOs. And the numbers are a surprise. They’re colder than we thought.

So if they are colder, they must be less dark; more like 10% to 20% of sunlight gets reflected, three or four times as much as we had thought. If they are brighter, they must be smaller. Four times as bright, means one fourth the surface area; half the diameter; one eighth the volume and mass. Sedna no longer rivals Pluto after all.

And indeed, this new dose of “education” raises the brightness, and shrinks the sizes, of all our educated guesses for these distant TNOs. All the other educated guesses we had made about the TNO region – how much stuff there is out there, how often that stuff runs into each other, how its motions have affected the motions and positions of the giant gas planets throughout the history of the solar system, and on and on – all of these guesses are now up for re-evaluation.

Everything we thought we knew, is wrong.

Well, that’s an exaggeration, of course. It’s only one number that’s changed. All the other observations that we’d taken of the TNOs, their colors and positions and relative brightnesses, are all still true. But with one new number, all those other numbers paint a picture of the outer solar system that looks more than a little different than it used to look.

We’ve got lots more to learn, many more such numbers to collect and improve, to better describe the outer solar system. Our knowledge is still in its infancy. And being relative children, we think like a child, act like a child; only with new knowledge do we start to put aside childish things.  St. Paul knew well how it works, to grow in knowledge.

Everything the nuns taught us about God when we were children is still true; but in the light of our adult experiences it has depth and meaning we could never have imagined then. Our knowledge of the the solar system is no different. Seeing how it can change so fundamentally with one new bit of insight should likewise cause us to reflect how insecure all our understanding, or God or Nature, will always be… until the time comes when we can see both, face to face.

[Current measurements put the diameter of Sedna have revised it downward even further; best estimates now peg it at less than 1600 km, compared to Pluto’s 2372 as measured by New Horizons.]

50  |  Across the Universe: Asking the right questions