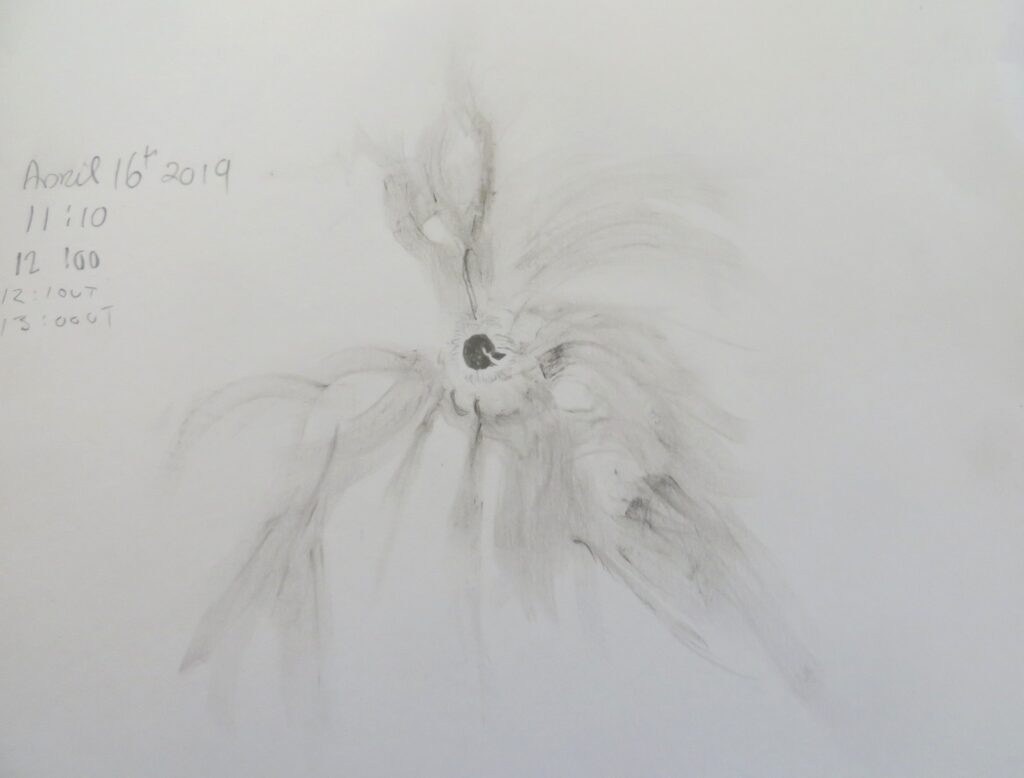 On April 16th Active Region 2738 was heading towards the limb, looking very dramatic. I decided to try an experimental sketch using just pencil to capture the action around the giant sunspot. I used a very black pencil called a Conte de Paris Carbone B, which was deeply black. For the sketch I also used some silicone tipped brushes, these were perfect for drawing with and allowed some good flexible movement to be developed.  There is always massive movement  in the area around sunspots. A kind of disturbance caused by the huge magnetic activity in the sunspot itself.

The light bridge and umbra had changed since a previous observation on  April 10th. It was clearly visible in my h-alpha view  however the seeing was soft not as sharp as I would have liked. A well shape filament would have been nice to observe but none developed as I viewed. 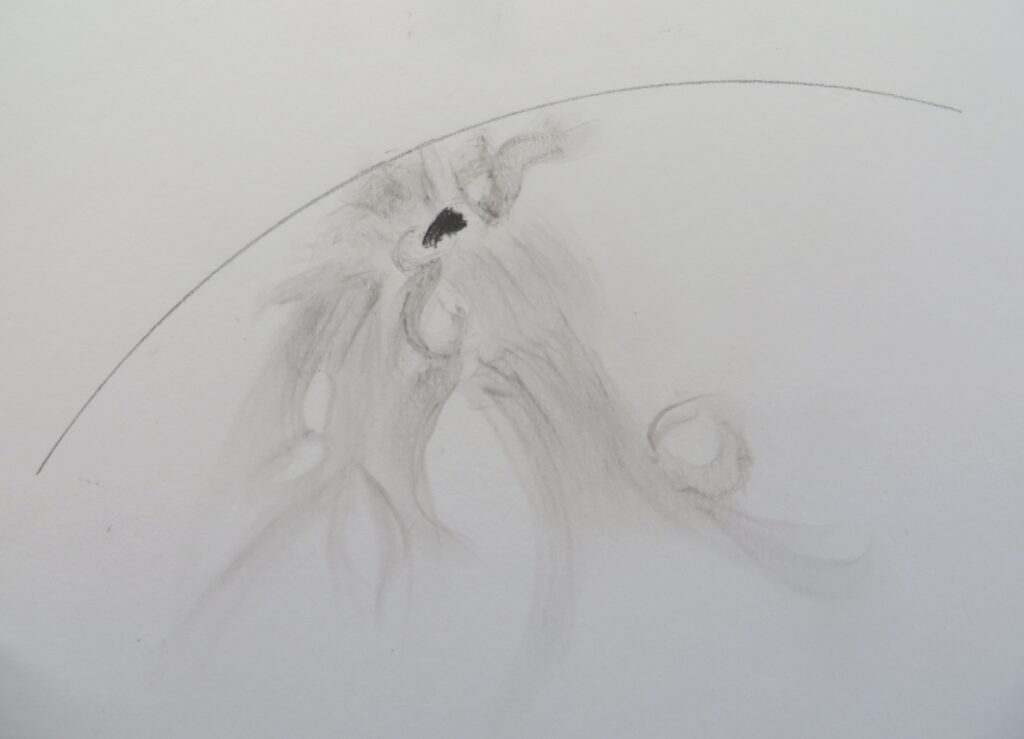 On April 18th another opportunity to view this active region came my way. It had heaved its way almost to the limb. Wild energy seemed roar silently around it, a reluctant good-bye.

On April 19th through intermittent haze I observed  AR2738 as a long thin black umbra just about on the limb. Lovely prominences were erupting all around it breaking the line of the limb. A visually dramatic view, however the seeing was not good enough for to sketch it. So the last look will remain in my head as will trying out this new approach to drawing activity on the solar disc using just pencil marks.