How do you put into words that which goes beyond words?  This question was at that heart of my prayer this week as I prepped my homily for the parishioners of St. Joseph Parish in Menomonie, Wisconsin.  The question was born while praying with the first reading for the Second Sunday of Lent.

The Lord God took Abram outside and said,
“Look up at the sky and count the stars, if you can.
Just so,” he added, “shall your descendants be.”
Abram put his faith in the LORD,
who credited it to him as an act of righteousness. (Genesis 15: 5-6) 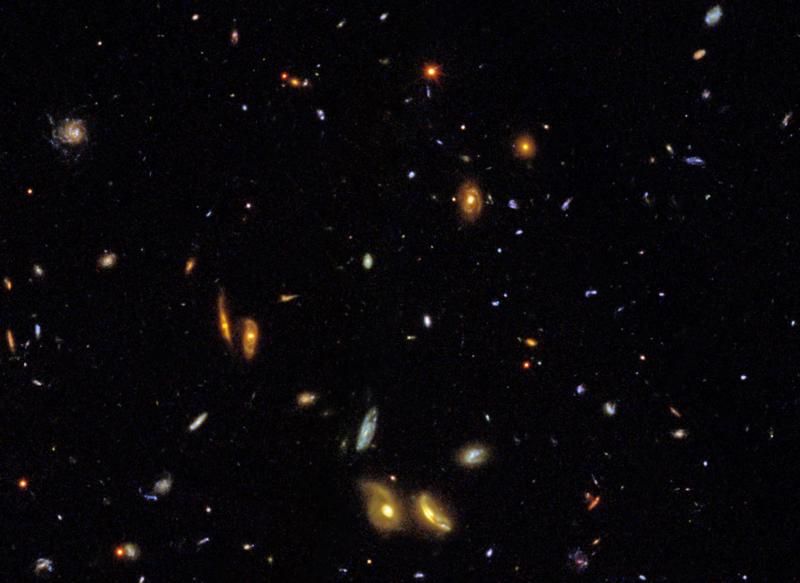 As a child, I greatly enjoyed gazing into the night sky at our family farm.  The combination of warm June nights and minimal light pollution allowed for wonderful views of the stars.  On moonless nights, the “cloudy” appearance of the Milky Way was stunning.  When I bought my first telescope in college, I would gently move the optical tube back and forth, making my way through the endless sea of stars.  I often thought of Abram in those moments and wondered, What was it like for Abram to look at the stars and realize God’s love for him?  It’s exciting to think that the advancements of astronomy have done nothing but affirm and deepen the core lesson of this metaphor from Genesis: Just as God has blessed the universe with an unimaginable number of stars, so, too, will God’s Covenant with Abram (Abraham) and us be unthinkably fruitful!  This returns me to my initial question, How do you put into words that which goes beyond words?

Our Gospel for this weekend speaks of another unspeakable event: The Transfiguration of Jesus Christ.  This event is what theology calls a “Theophany,” a visible manifestation of God’s presence in the world.  Now, being that Jesus is the Second Person of the Trinity, one could rightly argue that each moment of Jesus’ earthly ministry was a Theophany.  However, the event of the Transfiguration is unique amid the many events of Jesus’ life.

Jesus took Peter, John, and James
and went up the mountain to pray.
While he was praying his face changed in appearance
and his clothing became dazzling white.
And behold, two men were conversing with him, Moses and Elijah,
who appeared in glory and spoke of his exodus
that he was going to accomplish in Jerusalem.
Peter and his companions had been overcome by sleep,
but becoming fully awake,
they saw his glory and the two men standing with him.
As they were about to part from him, Peter said to Jesus,
“Master, it is good that we are here;
let us make three tents,
one for you, one for Moses, and one for Elijah.”
But he did not know what he was saying.
While he was still speaking,
a cloud came and cast a shadow over them,
and they became frightened when they entered the cloud.
Then from the cloud came a voice that said,
“This is my chosen Son; listen to him.”
After the voice had spoken, Jesus was found alone.
They fell silent and did not at that time
tell anyone what they had seen.  (Luke 9:28b-36)

This passage is rich in meaning and symbolism.  To start with the basics, what does Scripture mean when it says that Jesus’ “face changed in appearance” and his garments became “dazzling white?”  It goes without saying that these references are trying to point to something that is beyond our comprehension, using human language and imagery to help the mind grasp that which cannot be grasped.  Further, we see the figures of Moses and Elijah present with Christ in this “new way of being.”  Why are they there and what do they signify?  Moses is the figure that signifies the Law of the Torah and Elijah is the figure that signifies all the Prophets.  Therefore, between the Law and the Prophets stands the realization and fulfillment of both: The Person of Jesus Christ.

The high point of this event comes through a voice uttered amid a cloud that descends upon Peter, John, and James: This is my chosen Son, listen to him.  Was the reference to the cloud a change of barometric pressure or is it something else, a different kind of “cloud” that can hinder not only our physical sight, but also the eyes of the soul?  As God’s voice affirms Jesus as the beloved Son, can we not hear in this cloud an affirmation of God’s love for us, claiming us, through Baptism, as beloved daughters and sons?  Therefore, this “mountaintop” moment for Peter, John, and James was not only meant for them, but also for us, calling us to a “theophany of the heart,” creating space for God to “speak” divine love within us in a way that goes beyond human words.

This passage also foreshadows one of the greatest mysteries of our faith: The Resurrection.  How do you express the resurrection in human terms?  What construct of human imagery can we devise to give us a glimpse of what this reality will be like?  Will it be like Jesus’ transfiguration, glorifying and transforming our existence into a new state in which time ceases and we enter an eternal state of being?  Will it be like gazing naked-eyed into the night sky and being able to see the totality of creation in a way that would make the Hubble Space Telescope look like Galileo’s first telescope?  Will it be like the newly engaged couple who drops by my office, brimming with joy, simply wanting to share the love they have discovered, inviting me into that journey as the priest to celebrate their wedding?  Is it like a young boy or girl who, while praying, is reminded of God’s love for them through the words spoken of Jesus at his baptism, this is my beloved son, with whom I am well please?  The answer to these questions is that the experience of the resurrection may hold a bit of all of these moments, but also contains joys so beyond anything we can experience that human words are inadequate to describe them.

Of the many blessings I have received from writing for The Catholic Astronomer, one of them has been deepening my awareness of how we can come to understand God through understanding creation.  That being said, I have also learned that there are limits to this understanding, pointing to a transcendent reality in which all language and human expression ultimately breaks down.  This week, I would invite all of us to reflect on the question, How do we put into words that which goes beyond words?  As you pray, imagine Abram’s night of star gazing with God and Jesus’ transfiguration.  Together, may we wonder and awe at the love God has for us as we gaze at the beauty of creation.

One of the more controversial explorations of the resurrection is the scientific study of the Shroud of Turin.  Below is a TED(x) video by one of the STRP scientists who studied the shroud, Barrie Schwortz.  You may be asking, “Fr. James, what is your opinion of the shroud?”  I stay intentionally neutral about the shroud, neither arguing for or against this object being the burial cloth of Jesus.  Part of my rationale is pastoral, affirming that belief in the shroud is not necessary for salvation.  Part of my rationale is person, because, as a follower of Jesus Christ, I want the shroud to be real.  Whether it is real or not, it is a fascinating look into the crucifixion and what Christ endured on Good Friday.  In addition, it is also one of the more fascinating meeting points of faith and scientific research.  In the spirit of Lent, enjoy this presentation!