What was the first object you ever saw through a telescope?  If you were using a small telescope, it wouldn’t surprise me if your first observation was either the Moon or Jupiter.  For me, it was Jupiter, gazing at the “small” ball of light in my four inch reflector.  As I gazed upon this gas giant, I became more fascinated with Jupiter’s moons, appearing as tiny pin pricks of light in the night sky.  Night after night, I watched these satellites circle around Jupiter, gazing in wonderment at what seemed like a mini-solar system within our Solar System.  This past week, Jupiter has been in prime position in the night sky for observation, evoking an inner nostalgia, reflecting upon my first glimpse into a telescope.  These nights of observation also give birth to curiously, wondering what Jupiter and its moons would look like up close?  This inner itch will get scratched again as NASA will rendezvous with Jupiter on the 4th of July.  Check out this video explaining the Juno mission. 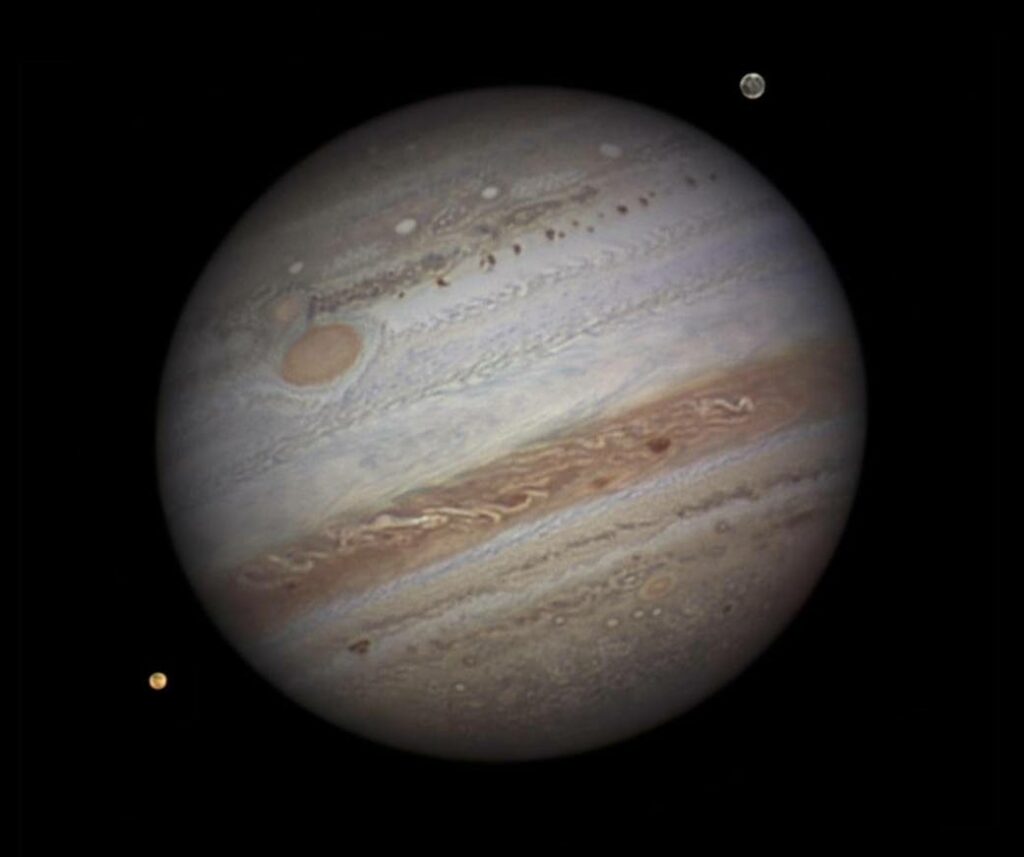 As the video states, one of the unique aspects of the Juno mission is that “citizen scientists” will have the opportunity to suggest target areas on Jupiter to study.  As a hobby astronomer, I deeply appreciate these citizen scientist programs.  One of the frustrations a hobby astronomer can experience is having the same desire that a professional scientist has to explore parts of our universe in detail, but lack the formal training and access to instruments to fully pursue these curiosities.  This tension creates an intellectual hunger that never really gets fed.  Citizen scientist programs feed this hunger, allowing the amateur to “peak over the shoulder” of exciting discoveries from groups like NASA.  In light of the Juno mission, I would encourage our readers to sign up for the citizen science portion of the Juno mission.  Together, let us enjoy some fireworks on the fourth of July and gain a new appreciation for Jupiter!  Click here or on the image to learn more about the Juno Mission and how you can get involved.