I’m going to step away form my Artemus reflections for one week to answer a question I’ve been getting a lot lately. What is the question you may ask? Well, you can probably guess from the title of this piece – The Star of Bethlehem. Since my ordination, questions about the star always pop up at Christmas time. Here’s the passage from Matthew that references the star.

When Jesus was born in Bethlehem of Judea, in the days of King Herod, behold, magi from the east arrived in Jerusalem, saying, “Where is the newborn king of the Jews? We saw his star at its rising and have come to do him homage.”

When King Herod heard this, he was greatly troubled, and all Jerusalem with him. Assembling all the chief priests and the scribes of the people, he inquired of them where the Messiah was to be born.

They said to him, “In Bethlehem of Judea, for thus it has been written through the prophet: ‘And you, Bethlehem, land of Judah, are by no means least among the rulers of Judah; since from you shall come a ruler, who is to shepherd my people Israel.’”

Then Herod called the magi secretly and ascertained from them the time of the star’s appearance. He sent them to Bethlehem and said, “Go and search diligently for the child. When you have found him, bring me word, that I too may go and do him homage.” After their audience with the king they set out. And behold, the star that they had seen at its rising preceded them, until it came and stopped over the place where the child was.

They were overjoyed at seeing the star, and on entering the house they saw the child with Mary his mother. They prostrated themselves and did him homage. Then they opened their treasures and offered him gifts of gold, frankincense, and myrrh.

And having been warned in a dream not to return to Herod, they departed for their country by another way. (Matthew 2:1-12)

The magi seeing “his star” is a reference to the book of Numbers, which presents a prophecy about a star.

I see him, though not now;

I observe him, though not near:

A star shall advance from Jacob,

The one glaring issue with this passage from Numbers is that the prophecy of “a star” is not about a hydrogen nuclear conductor in the sky, but a person. Therefore, even before we look at speculations about what the Star of Bethlehem might have been, Scripture itself poses the question – Is this a story about a celestial object or a person that fulfills a sacred promise?

Now, if it was a reference to a celestial object, we need to ask, “What kind of celestial object was it?” Was it a naturally occurring night sky event we can find on a star chart? Was it a planetary conjunction? Was it something unexpected, like a supernova, that may not have been properly understood at the time? Was it a supernatural event that can’t be found on star charts? Or was the star a metaphor to ultimately point to Jesus Christ as “the light shining in the darkness?” (Isaiah 9:2) 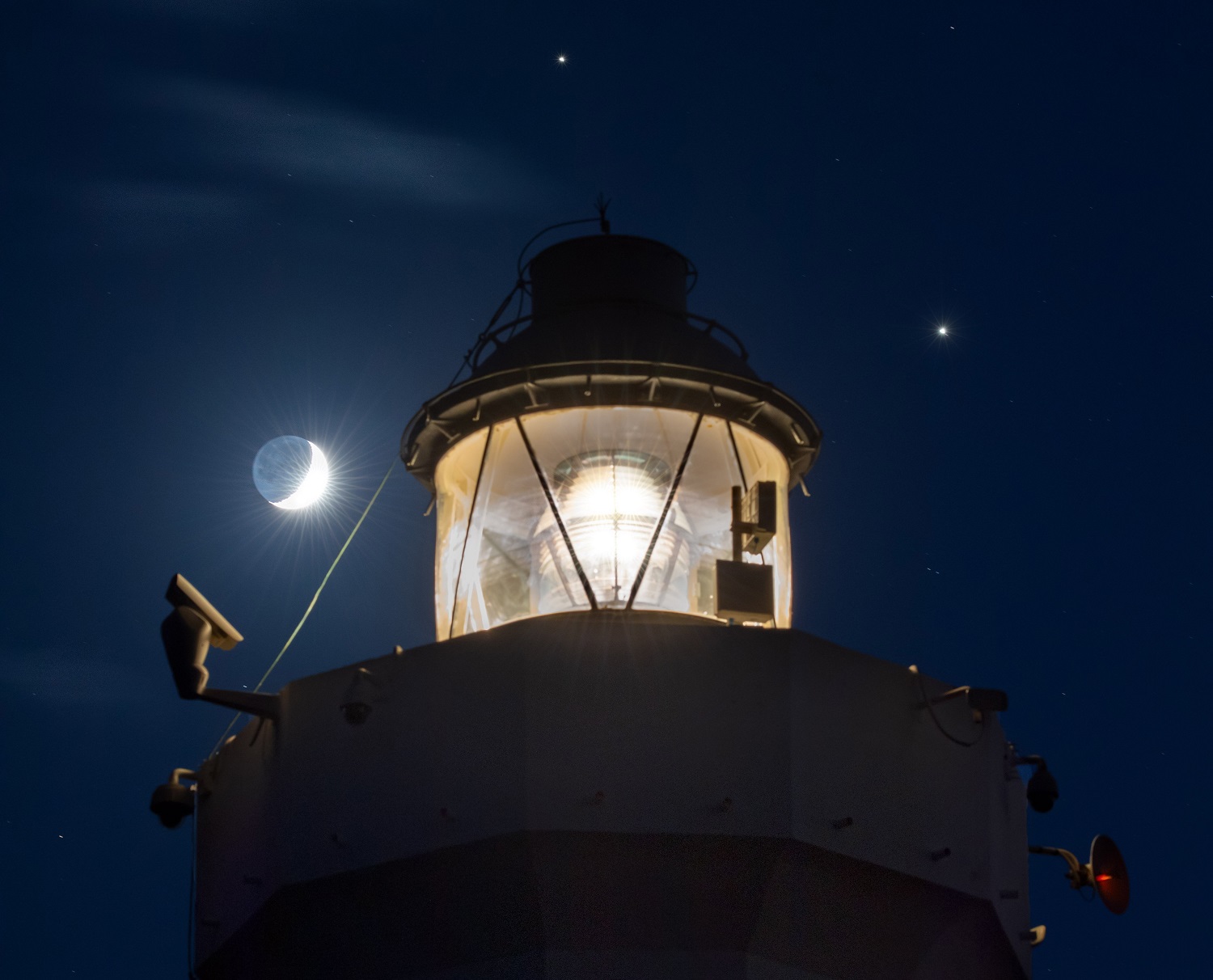 This past week, Dennis Sadowski from the Catholic News Service contacted Br. Guy and myself to write a piece on one of the potential natural candidates for the star: The conjunction of Jupiter and Saturn that will occur on December 21st. The link to the original piece can be found by clicking here or on the image to the right.

Over the years, many astronomers have explored the question, “If the star of Bethlehem was a naturally occurring event, what might it have been?” A number of theories have arisen through those studies, one of them being a planetary conjunction. Do we know definitively that the conjunction that will occur on December 21st was the historic “Star of Bethlehem?” Most likely is was not the star. Again, when looking at Scripture, there is strong evidence that Matthew’s telling of the star has more to do with the person of Jesus Christ than a celestial object. Still, might have there been an historic star? Perhaps, but don’t let that fascinating question distract you from him who is the light in the darkness: The infant in a manger.

Here’s an excerpt from Dennis’ article that provides Br. Guy’s thoughts on the matter.

“To me, asking ‘What was the star?’ is a lot of fun, but not particularly significant either astronomically or theologically. Nothing’s really at stake if it turns to be this explanation or that explanation,” Jupiter, Saturn to put on ‘Christmas Star’ show at winter solstice, By Dennis Sadowski, Catholic News Service.

In the past, Br, Guy offered some reflections on the Star of Bethlehem for the Catholic News Service. Here’s the video that was the product of these discussions.

Spiritual Exercise: What does the star mean to you? Are you looking forward to December 21st to see this conjunction? Whether the conjunction on December 21st was the historic star or not, get out that night, pray for clear skies, and ask yourself while gazing upon the conjunction, “What would it have been like the night Jesus was born?” Click here for a piece from Astronomy Magazine that explains where you will find the conjunction that evening.