As an alumnus of Mundelein Seminary, I like to keep up with the “goings on” of my alma mater.  I remember the excitement when Fr. Robert Barron, now Bishop-Elect Barron, was named Rector of Mundelein Seminary.  The appointment took me back to my seminary days when I had him as a teacher.  He often spoke to us about his vision of what seminary life should look like, given the post-modern, post-liberal world we live in.  As Rector, it became evident that Bishop-Elect Barron was realizing his vision for Mundelein through the faculty he hired and the changes he made to the Seminary.  Needless to say, I was shocked and a little worried when Fr. Barron was named an Auxiliary Bishop for the Archdiocese of Los Angeles.  As happy as I was for the people of L.A., there was a selfish fear of who the next Rector of Mundelein would be.

Here are some thoughts from Bishop-Elect Barron from his conversation with Fr. George Coyne 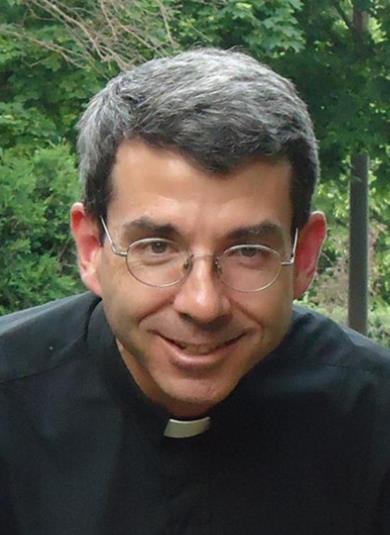 About a week ago, those fears subsided when I read that Fr. John Kartje was named Rector of Mundelein Seminary.  Immediately, my mind was, again, taken back to my seminary days, remembering a conversation I had with John back at Mundelein.  At that time, I was trying to understand the relationship between faith and science through some authors that, to be quite frank, I shouldn’t have been reading.  I was getting confused and, after sharing some of my struggles with a friend, was directed to a mild mannered seminarian by the name of John Kartje.  He was a year ahead of me and was known for two things: he earned his doctorate in astrophysics at the University of Chicago and was going to be a guest lecturer in one of my pre-theology classes as a seminarian.  I asked John to meet and, as is his nature, he kindly accepted.  When we met, I made the typical mistake of spouting off odd theories I had been constructing in my mind that were nothing more than a repackaging of old heresies about creation.  I ended my diatribe with a rather embarrassing question, “John, do you think there will ever be a God equation?”  John looked at me and simply said, “no.”

At that moment of embarrassment, feeling like I waisted his time, John kindly responded, “You’re asking the wrong questions James.”  He then shared with me a fascinating story of how his faith life developed while being a scientist.  He shared with me that, as he got into the highest levels of physics, he began to see how laws break down and that there was an underlying “faith” that each scientist has that the numbers, symbols, and equations they use actually work the way they think they do.  Further, John told me about his path to the priesthood.  John’s vocation story wasn’t one of how science brought him to discern the priesthood.  Rather, it was a story of how John was being called by Jesus Christ, just as I had been called.  I was humbled.

Here are Fr. Kartje’s thoughts on the day of Prayer for Creation.

As I went back to my room after that conversation, I remember kicking myself, thinking, “Why didn’t I just tell him that I didn’t understand how faith and science related and let him clarify the question?”  Nevertheless, what I deeply appreciated from that conversation was that John displayed two traits that make him the priest that he is today: He used his brilliance to shepherd me, not belittle me, and did so with a well-grounded faith that was not afraid to proclaim that Jesus Christ is Lord.  I would like to congratulate Fr. John Kartje on being named Rector of Mundelein Seminary.  Yes, Mundelein received a gifted scientific mind as its Rector.  More importantly, they received a man who is firmly grounded in the love of God as a disciple of Jesus Christ.

Here is a piece done on Fr. Kartje back when he was at Northwestern University.  Enjoy! http://www.northbynorthwestern.com/story/introducing-religions-scientific-mystery-man-fathe/