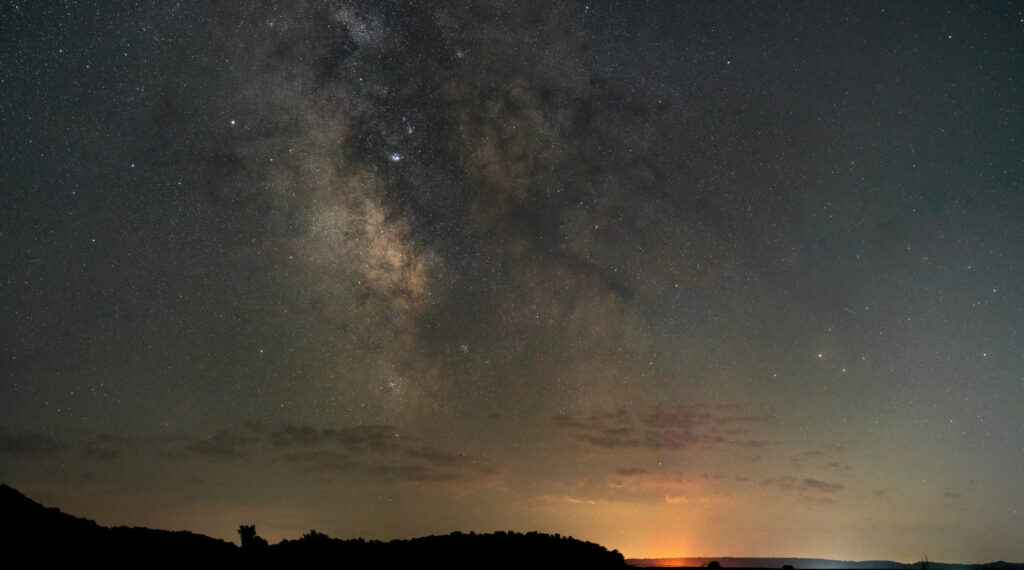 Last night blessed me with beautifully clear skies after a week of rain. As I gazed in wonder at the Milky Way, I couldn’t help but think of the people of Louisiana whose skies are far less wondrous and far more ominous. To have a second “once in a century” hurricane hit Louisiana in 16 years should give us all a moment of pause. Take a moment today and say a prayer for the people impacted by hurricane Ida.

After I was done praying for the people of Louisiana, I started capturing star images. Once again, the night was clear and the atmosphere was tolerable in regard to humidity. When I returned home and uploaded my images, a thought occurred, “I’m really improving as a photographer.” I started to stitch my panoramas and stack my Andromeda sequence when I realized just how much I have learned through failure.

Looking back, I’m almost embarrassed with some of my first attempts at astrophotography. The images I take now are so much better than the ones I captured in the past. At the same time, the irony is that I haven’t really changed how I image the night sky. The amount of time I open the shutter to capture these images is about the same. The gear has changed, but, if anything, I’ve found that cheaper gear can work just as well as expensive gear. In short, I’m coming to find that to really learn how to image the night sky just takes a lot of time under the stars. Put another way, failure is an essential part of becoming a good astrophotographer – And the more failure you allow yourself to experience, the better imager of the heavens you become.

The connection between learning through failure, faith, and science should be self-evident. Just as there is a natural progression when doing astrophotography of success, plateaus, and failures, so, too, does faith and science follow a similar trajectory. Science is rooted, in part, on the presumption that there is always something new to learn of our natural world, even when well-developed theories have been established. Even in “failed” experiments, there is something to be learned and, at times, the “failed” experiments can lead to important breakthroughs.

Faith is a process of growing through failure and grace. Whether it be the laity or clergy, the Christian life doesn’t come with a clear owner’s manual to lay out every step of one’s life. We pray, reflect, try, fail, turn toward God, turn away from God, and turn back to God again to be forgiven and healed.

Do the sources I turn to when living the Christian life now as an adult look different from when I was a child? To be honest, not really. Yes, I have some more technical books in my library, a couple degrees in theology, and a lot more life experience, but my encounters with God each day are basically the same as they were in youth: Sacred Scripture, the Eucharist, personal prayer, and the Mystical Body of Christ, the Church.

Just as my technique to do astrophotography really hasn’t changed much over the years, neither has the “technique” of my faith. At the same time, I am both a much better photographer and a much better Christian than I was in the past in part because I didn’t let failure in either field stifle the journey. Instead, I took them as moments to learn and grow so that I could become better in each.

Spiritual Exercise: How has God taught you through failure? Whether it be faith or science, how has failure helped you grow to be the person you are today? Our culture has an aversion to failure, falsely internalizing those moments as personal value judgements. Let’s not condemn ourselves in our failures, but see them as an opportunity of growth in knowledge and embracing the grace of God.