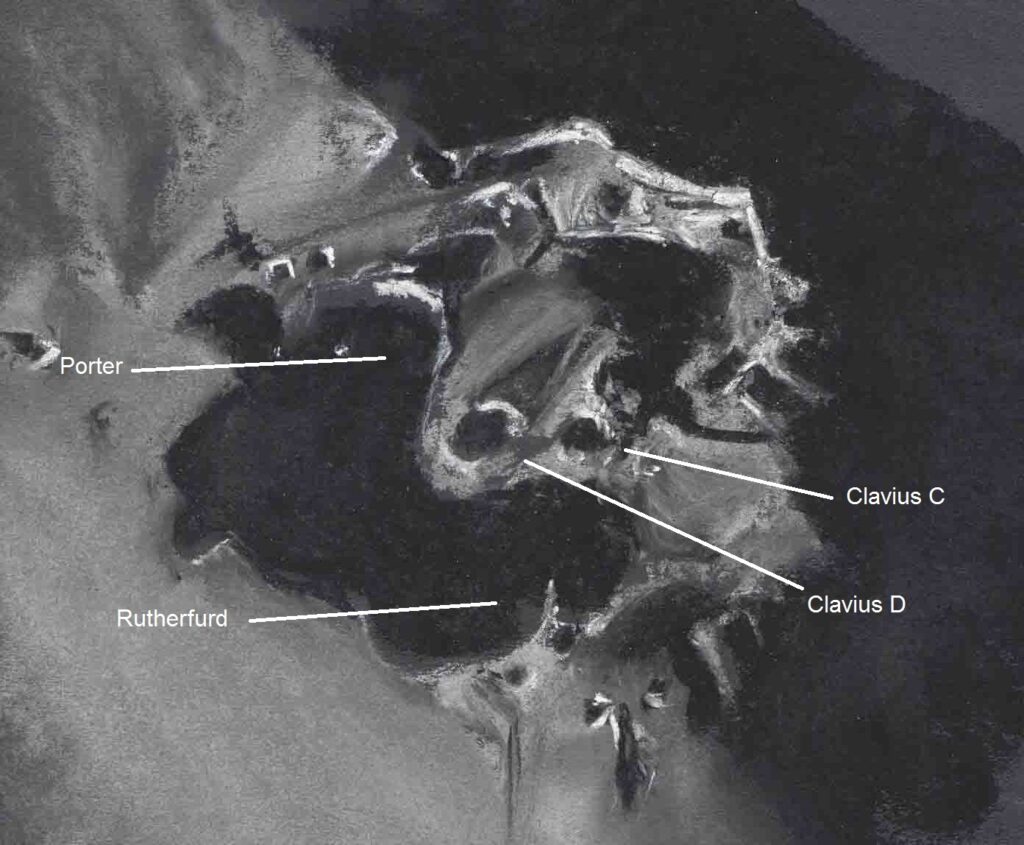 Christophorus Clavius lived between the years 1537 and 1612. He would never have imagined that a crater named for him on the moon would be global news in October 2020. When I drew this very large walled plain back in 2008 all I knew about it was that it was named after a man who was a mathematician/astronomer. This week however with Clavius being in the news I had to have a closer look out of curiosity. It was time to revisit my drawing and pay attention to this area on the moon and plan to go observe Clavius once again.

NASA’s Sofia telescope has discovered the signature of water H2O on the moon in the area of Clavius. Of course, this news supports the ARTEMIS mission planned for more exploration of our moon in the future. It also supports the SOFIA flying observatory and its multifaceted set of tasks. ESA also have future plans for a moon village. Something that will need lots of available water if it is achieved. Water is a heavy cargo and therefore very expensive to lift off the planet. That is one of the reasons Mars and now the moon are possible places for future abodes.

I remember doing the above drawing, it was very cold that night but the view was outstanding. Clavius can present looking oblique. Or sometimes it is totally sunlit and not as interesting. However, when it presents itself with large craters like Porter and Rutherfurd in deepest shadows it wins. Someone once told me that |Clavius was like a big sink in which the crater towards the middle was like a plug and the other craterlets were the chain. That evening I seemed to have the plug and some of the small craters in the chain captured. I absolutely adore drawing the startling bright edges of sunlit craters. The deep dark shadows cast by the sun are equally hugged. It is a crater filled cauldron well worth your time to go observe.

A pencil sketch on Halloween 2006 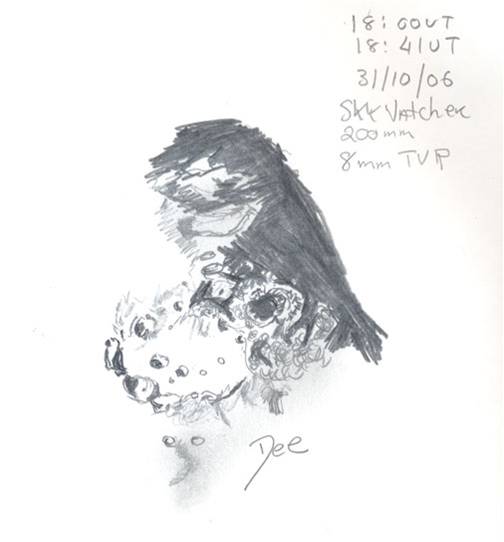 If I can do a pencil sketch of this fantastic crater so can you! Clavius is best seen one day after first quarter moon and also one day after last quarter moon. It is in the southern lunar highlands. I just realised that this drawing was sketched on Halloween 2006. A sketch of a cauldron of craters where now some water exists. This week I also found out that Clavius the man was a Jesuit priest. His name before being Clavius was Christoph Klau. Klau in German means Key so his name was changed to Clavius which also means Key (in Latin). How appropriate therefore is the finding of the signature for water in that area. Clavius now holds the key to life and the future exploration of our moon.