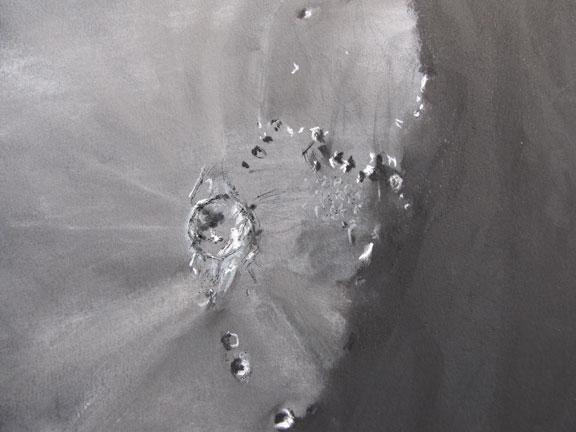 Nicolaus Copernicus was born in the city Torun, Poland in 1473.  After many decades of observation and study he came to write a book called ” On the Revolutions of Heavenly Spheres “. It was published in 1543 shortly after his death. This book was pivotal in the acceptance that the sun is in the centre of our solar system orbited by the planets. Copernicus made many contributions to astronomy, therefore a crater of massive proportions was named for him on the moons surface.

From memory I was tired when I started this drawing, it has been a busy day. Because I ended the session early I therefore  considered the drawing unfinished. However, looking back on it some details are worth noting. From my point of view, if I do not finish the sketch at the eyepiece it never gets finished at all. Someone suggested to me that I could finish it using photographic images.

In my opinion, astronomical sketching is about learning. Finishing an astronomical sketch later, inside would mean nothing to me. I feel it is important to take in what you can at the eyepiece. If a sketch does not get finished for whatever reason, you have at least learned something to bring to the next effort. I had used a 15 mm eyepiece, which gave me a wide view. I had attempted to draw a lot of features in the area as well as the highly complex Copernicus.

With this sketch I had managed to capture craters that arc towards the terminator Fauth, Reinhold b, Reinhold
and Lansberg. In addition some effort was made at  the rugged terrain of Montes Carpatus chain with its deep valleys. The object you observe be it the moon or some other wonder forges a connection with your eye to the page. Likewise different lighting, seeing conditions etc, bring changing challenges

My sketch of Copernicus is unfinished as I did not get to grips with the crater walls in a way that I would have liked.
I began to get a handle on doing the mare floor so what I learned about doing that did follow through to the next sketch. 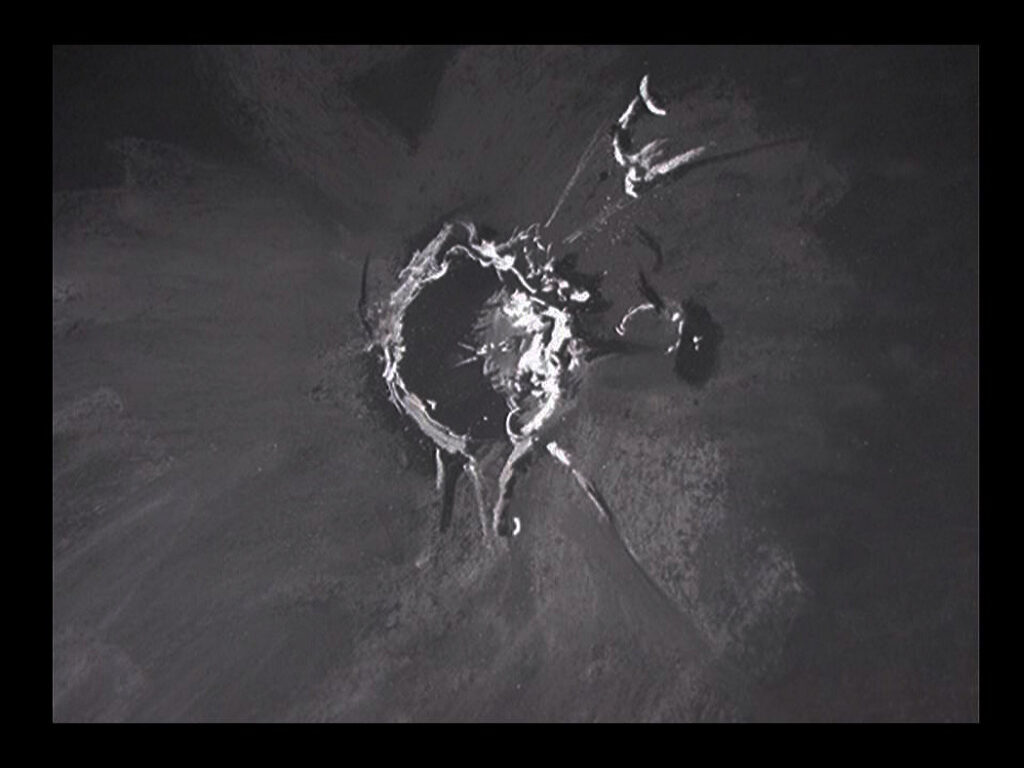 Let us skip forward a year.  I am using the same telescope but with a smaller eyepiece. My eye is totally taken up by Copernicus and its rays. The craters terracing, central mountains, ejecta blanket, rays, and rugged ramparts play with light in sensational ways. My focus was absorbed in its detail and how sunlight danced with its structures. Its deep black shadowed floor was pierced by light as the sun scattered its photons on its internal high points and ridges.

Best time to view Copernicus is coming up on March 4th 2020, if you have binoculars or a telescope check it out. Or perhaps you could take that extra step and try to draw it for yourself. In addition I  find Virtual Moon Atlas invaluable for identifing features on the moon and learning more about them.

The Copernicus sketch from 2010 was part of a book project I did with others. I would recomend the ebook version as the drawings are reproduced exactly as the originals.  Now I also see that the ebook can be rented for a reduced cost. The book is called Sketching the Moon an Astronomical Artists Guide