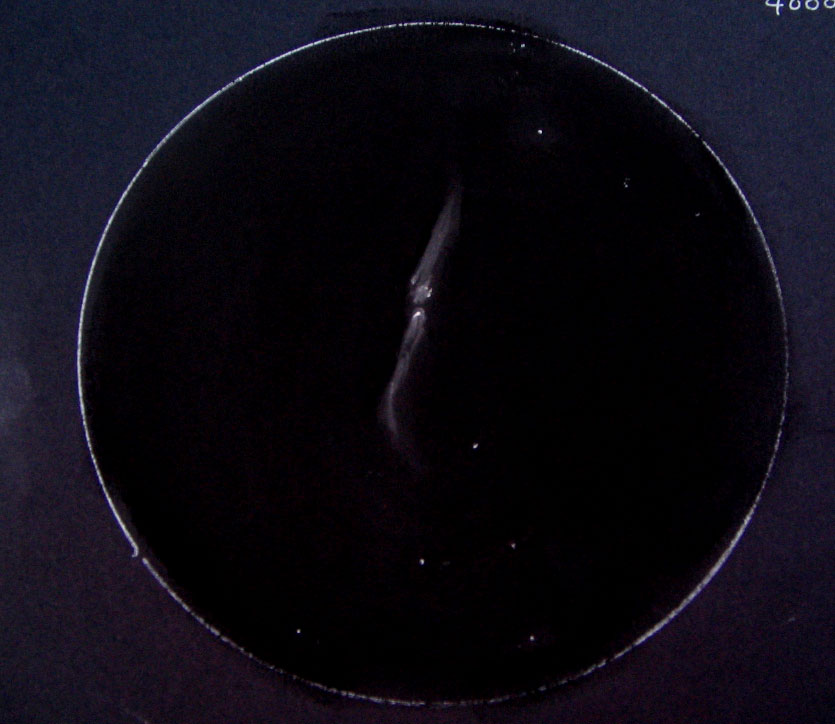 Back in 2008, I had the opportunity to draw something with a 16 inch Meade SCT. My friend’s observatory was in a semi-suburban / rural setting. It took me some time to get warmed up to the detail provided by that instrument. I had never seen the cigar galaxy (M82)  before in this way. Then I settled down to draw this long stretched out wonder in the night sky. It was the first time I saw any structure within this object, oh boy it’s great have tracking when sketching.

M82 is an irregular galaxy. To my eye, it looked like one nebulous section was pulling away from the other elongated part. The longer part had a curve in its material like a flick. Both dark and light materials ( stars, gasses and dust I guess), were mixed along its length. These visual differences gave the appearance of stretching or some pulling action going on.

According to Turn Left at Orion M82 contains tens of billions of stars and is located twelve million light-years away. Phillips Complete Guide to Stargazing notates M82 as a peculiar galaxy and a starburst galaxy.
Turn Left at Orion also says M82 is one of the strangest galaxies visible in a small telescope. In David Levy’s book Deep Sky Objects, he mentions M82. He states,

” that of all the galaxies that are bright enough to be seen from a suburban sky M82 is the most peculiar.” David Levy

One of the things I like about the book Turn Left at Orion is the clear explanations of how to hop your way along with your telescope to a target. The information boxes also clearly show the months in which the objects are best for viewing and if low or high power is needed. So I hope you give M82 a try and draw it with whatever you have to hand. Pencil on white paper is fine and you can invert it in a mobile phone image to see how close you got to what your eyes showed you.  I usually use pastel on black paper because it is what I see, a black sky with white dots or colour if the star is a coloured star. Various shades of grey for nebulas and galaxies, its just my preference.  Good luck with this peculiar, irregular, starbursting galaxy

Later that evening, I observed M42 and drew it. I wrote about it here in this previous blog. A powerful collection of gas dust and baby stars. A place of star birth, the future and the past entwined and that object is of course visible to the unaided eye.