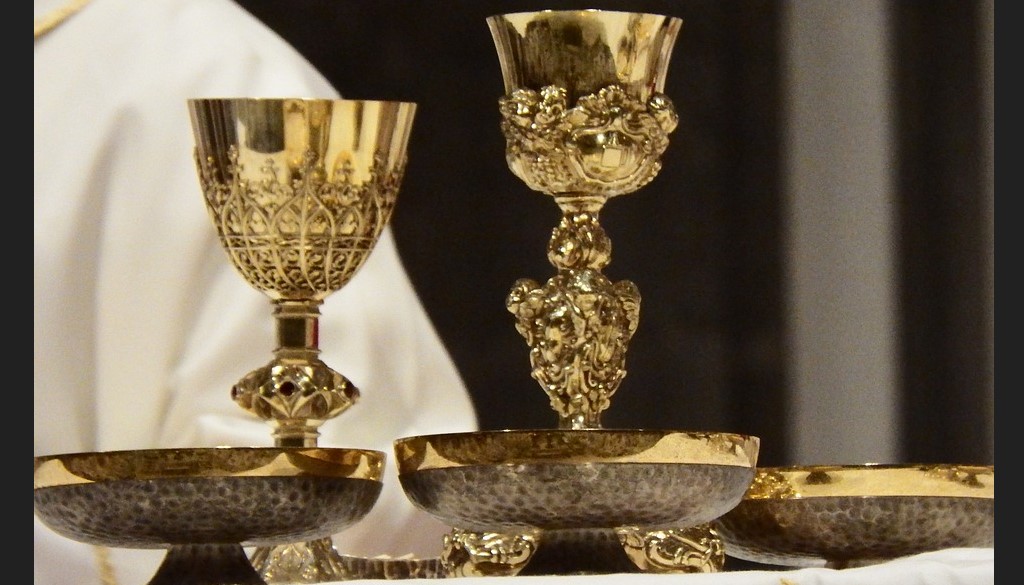 A version of this post appeared this week as a “Science in the Bluegrass” column
in The Record, the newspaper of the Archdiocese of Louisville.

There is going to be a Gold Mass—for those in science—in the Archdiocese of Louisville, Kentucky!  You may be familiar with the Red Mass, for those in the legal profession, or the Blue Mass, for public safety, or the White Mass, for healthcare.  A Gold Mass follows in the same vein (the “gold” coming from the color of the trim on the academic hoods worn by those who obtain advanced degrees in science).

The Gold Mass will be on Wednesday, November 3, at 6:00 p.m. at Holy Family Parish, 3938 Poplar Level Road (Louisville).  While the Mass is for scientists, science educators, and science students, all are welcome.  A reception will follow immediately after the Mass, with a special presentation by Dr. Kate Bulinski, a scientist at Bellarmine University, on “Faith and Science: Compatible and Complementary.”  To borrow the words of Louisville Archbishop Joseph Kurtz, the Mass and reception will be a celebration of the work and study of the scientific community and also an affirmation of the Catholic Church’s “long tradition of scientific inquiry and accomplishment.”

In science, discovering Truth involves “reproducibility”—the idea that different scientists conducting the same experiment or observation will get the same result.  Suppose Taylor says, “a rock dropped from a height of 16 feet will take one second to fall to the ground,” while Pat says, “no, it will take a much longer time.”  Well, anyone can get tape measures, rocks, timers, and cameras, and reproduce the experiment to see what the Truth is.

And as Fr. George V. Coyne, the late Director of the Vatican’s astronomical observatory, put it, “the Truth is not democratic.”  Suppose we take a poll about what will happen with the rock, and find that people vote three-to-one in favor of Pat.  That matters not.  A rock dropped from a height of 16 feet takes one second to reach the ground.

Of course, things can be more complicated than this in science.  What if a whiffle ball were dropped?  What if the rock were dropped on the moon?  And ideas in science can change.  Aristotle theorized that a rock falls because rocky material naturally moves to the lowest, central point in the universe.  Newton theorized that it falls because it is drawn by a universal force of gravitation toward the Earth.  Einstein, that it falls because the Earth warps space and time.  Science leads us to discover Truth, but science does not always have the Truth right now.  Our scientific knowledge grows with time.

Faith is not science, of course.  No experiment, for example, tells us that all people are created in God’s image and likeness and are of equal and infinite worth.  Indeed, experiments show that we are so unequal in so many ways: I measure up to no Olympic gymnast!  But science complements and is compatible with faith, in that faith too says that Truth exists, that it can be known (both through Revelation and through reason—Rom 1:20, CCC 32), that our knowledge of Truth is imperfect but grows over time, and that we do not determine what is True by our opinions or our votes.

Therefore, we should expect the Church to have a long tradition of scientific inquiry and accomplishment.  And from Copernicus to Volta to Mendel to Lemaître, it does.  If you read Sacred Space Astronomy and live within a reasonable drive of Louisville, come to the Gold Mass and celebrate that. Most readers are not so close, of course, but perhaps you will find a Gold Mass in your area.