The weather in Hopkinsville, Kentucky for yesterday’s eclipse was perfect.  I will have a full post for The Catholic Astronomer regarding Vatican-Observatory-related Hopkinsville eclipse stuff, but not today; it will take time to write that all up and to assemble all the pictures.  In the meantime, here are a few tidbits to tide things over until the full post is written.

Kentucky’s governor Matt Bevin was in the area, and was tweeting during the eclipse…

…and thanks to that tweeting I have this nice photo of totality: 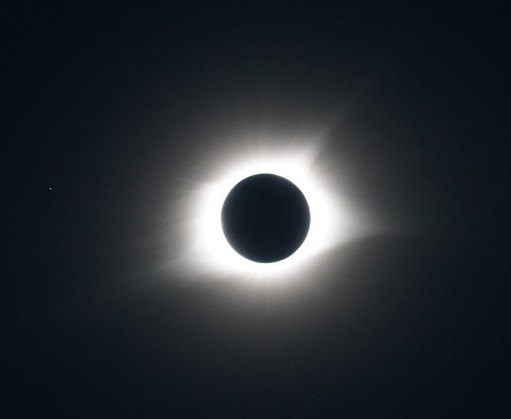 The photo Bevin tweeted captures something of what we saw during totality (I say “something” because a photo does not do justice to the real thing).  The sun’s corona struck me as having a “three-pointed” shape, which does appear in this photo.  However, that shape seemed both larger and more striking in person than in this photo, probably because the human eye is better with slight variations in brightness than is a camera, and thus can trace the fainter parts of the corona out further from the sun.  Also, the actual sky was not this black; it was lighter, and had color.  The star to the left of the eclipsed sun is Regulus.  None of us in the “V.O. observing group” saw Regulus.

There was more to see in the Hopkinsville sky than “just” the eclipse.  The night sky was spectacular, too—at our location in Christian County west of Hopkinsville the Milky Way was easily visible.  I met Nick Such at a talk given by Br. Guy Consolmagno (V.O. Director and chief blogger for The Catholic Astronomer, of course) at Sts. Peter & Paul church in Hopkinsville on the evening prior to the eclipse.  Nick was camping out a few miles to the south of our location.  He sent me this photo of the Christian County Milky Way— 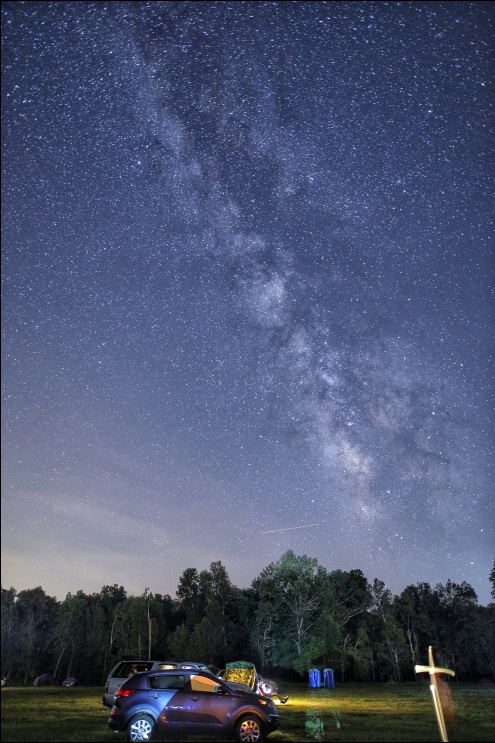 The photo was taken by Anthony Robertson, while Nick used a flashlight to paint out the cross shape during the exposure. 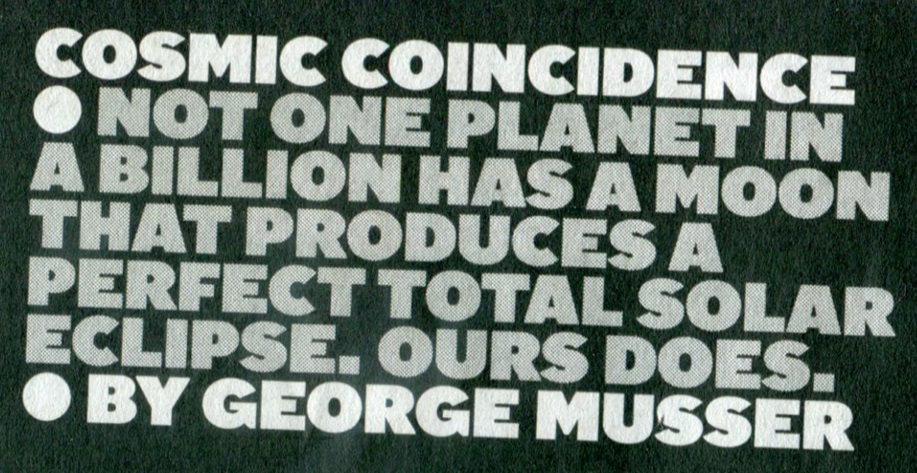 Science writer and editor George Musser’s article focused on how rare are total eclipses like those seen on Earth, even in the universe as a whole.  According to Musser, a total eclipse of the sun is a cosmically rare event.  It sure seemed cosmically rare as we stood under it in Hopkinsville, like seeing an incredible musical performance that brings you to your feet because it is so well done—but this was on a scale that exceeds a musical performance in the same way that the sky exceeds a music hall.