Imagine one observer located in Louisville, where the maximum coverage during the eclipse will look like the image at below left, and a second observer located on the edge of the zone of totality, where the moon just covers the sun.  One such place in Kentucky is Morgantown.  Why is the position of the moon against the sun shifted slightly between the two locations?  Because of the difference in viewing position between Louisville and Morgantown.

Now for a little geometry.  In a long skinny triangle, distance and angle (in radians) are related by the formula below.

If we Google the distance to the moon we get 238,900 miles.  Rounding our value give us 229,200 miles, which differs from Google’s value by only 9,700 miles—a four percent difference!  Not too shabby.

Let’s hope the weather forecast for Hopkinsville is not as accurate as this!  We want clear skies!  The forecast is not looking any better than it did on Monday.  In fact, it looks worse!  Stay tuned for more eclipse news from Kentucky! 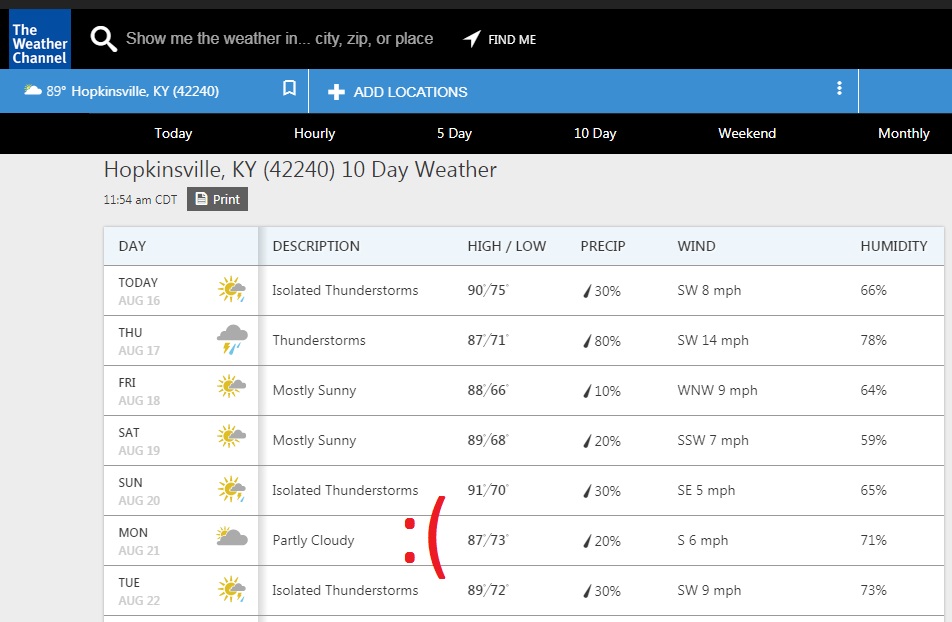