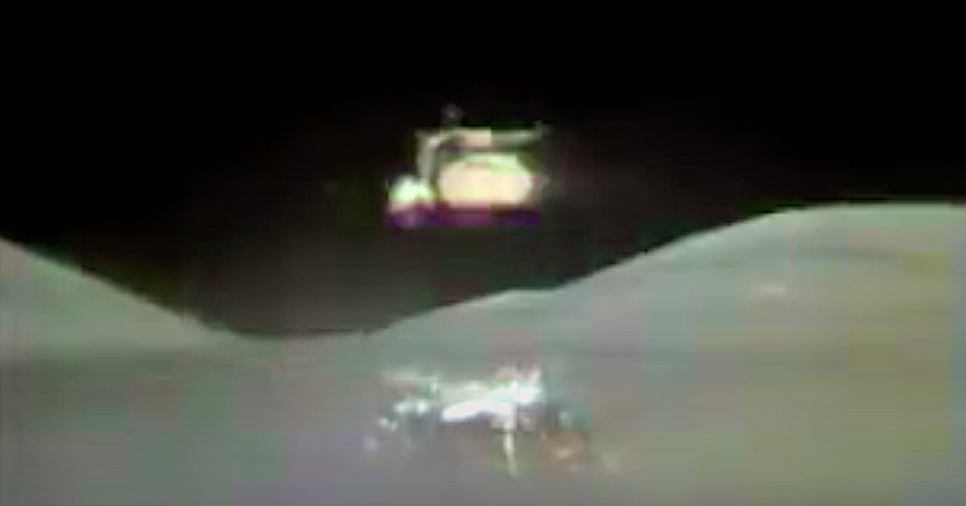 On December 14, 1972, the astronauts Gene Cernan and Harrison “Jack” Schmidt departed from the surface of the moon. That marked the last time in the last fifty years that any human being walked on the surface of Earth’s natural satellite. Recently, the Artemis I mission just returned to the Earth from its own unmanned but human-rated venture to the Moon, and it seems that a new era of lunar exploration is just around the corner.

With this in mind, we would like to take advantage of this anniversary to recapture the sense of awe that space exploration provides and to remember some of the benefits brought by the Apollo project.

Commenting on the rocket launches of the Apollo period, Pope St. Paul VI reflected that, “we moderns are so taken up with immediate observations and interests that we have become accustomed to restricting our conceptual horizon in practice to a minimal and closed radius. We do not at all pretend to venture into a dissertation on space, on the heavens, on the cosmos. Let us just say that the extremely audacious enterprise brought to everyone’s attention today obliges us to look up, beyond the earthly field, to remind us of the immense and mysterious reality in which our minimal life takes place.” (General audience, July 16, 1969)

The study and exploration of space are an important stimulus to broaden our horizons. The more our knowledge of the universe advances, the more there is for us to marvel at and to ask questions about.

Specifically, The Apollo missions opened up new opportunities for understanding the origin of the moon and, by extension, that of the Earth as well. For the first time, we could see the Earth as a global system, rather than a bunch of isolated geological regions, and we could address questions about how it all formed, learning from the context of this other nearby world. The Moon showed evidence that it was covered by a magma ocean in its early past. It raised the question of whether the Earth had a similar history, covered up by billions of years of geological activity.

The chemistry of the Earth and the Moon shared some remarkable similarities, along with some key differences, that suggested an important link in their origins. Today, this link is best explained by the large impact hypothesis, in which an early protoplanet impacted the early Earth and knocked off a large amount of material that formed the Moon.

The missions brought hundreds of pounds of rocks (842 to be exact) back to the Earth, providing an unprecedented opportunity for scientists around the world to study them with state-of-the-art techniques.

Brother Guy Consolmagno, the current director of the Vatican Observatory, was involved in some of those studies. At the time, he was a doctoral student at the University of Arizona. “[At the University] they had the best samples of high-titanium basalts,” he said. Studying the mineral components of the basalts and how they formed “has been a key to understanding the evolution of the chemistry of the moon.”

The scientific legacy of the Apollo missions goes much further than that. The money invested in developing instruments for studying moon rocks made these instruments available for studying other rocks, such as meteorites and earth rocks, in ways never before possible. In 1969, just months before the first lunar landing, a large meteorite fell in Allende, in Mexico. It provided a great opportunity for researchers to use their new equipment.

This meteorite, and later many others, got studied in ways never before possible, and we learned much about chemistry and the age and of the whole solar system. “They would never have studied that rock and learned all that they learned about the early solar system” if they hadn’t been planning to do lunar science on Moon rocks, Consolmagno said.

Some of the moon rocks (more than 200 of them) were also gifted to other countries as part of a goodwill program. The Vatican has two specimens, one from Apollo 11 and the other from Apollo 17. The Apollo 17 specimen was entrusted by Pope Paul VI to the Vatican Observatory, and is now part of the Vatican Meteorite Collection. The more than 1200 specimens in the collection are actively studied in the meteorite laboratory, primarily for physical properties such as density and porosity, and they provide important information relevant to the composition and origin of the solar system.

It’s been a half-century since the last human walked on the moon—“Fifty years was certainly too long,” remarked Consolmango—but there is hope for the future. The next Artemis missions are expected to carry crewmembers, and other nations such as China are also preparing to send astronauts to the Moon. While travel to the moon continues to amaze us even fifty years on, new questions and lines of research continue to open up.

The last man on the Moon, Eugene Cernan, expressed this wish to Pope Paul VI in 1973: “May the Spirit of Peace and Hope in which we came be reflected in the lives of all mankind.” That wish may still come true.