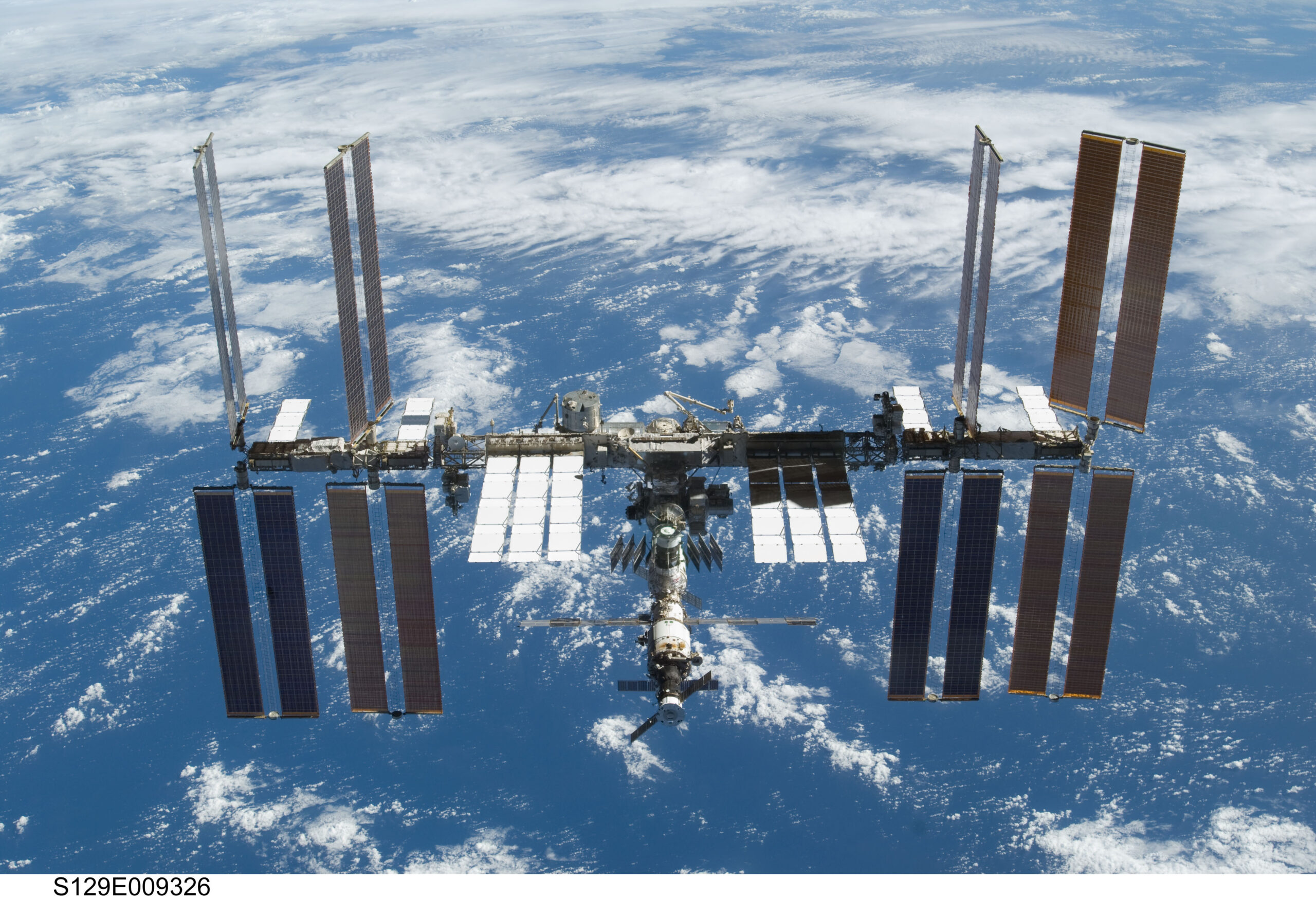 Have you ever see a satellite pass overhead? Maybe the International Space Station, or the Hubble Space Telescope?

I was at a friend’s home the other day, and mentioned that it was rare for me not to see a satellite during a nighttime observing session – typically within the first half hour. My friend said he’d only seen the International Space Station, once…

I was floored! I mentioned this to my wife, and she pointed out to me what should have been obvious to me: that not everyone spends half hour sessions looking at the sky. (Actually, what she lovingly said was “You’re not normal.”)

So, with that… there are a LOT of man-made satellites orbiting the Earth; the United States Space Surveillance Network is currently tracking more than 8,000 objects(1). Only seven percent of those objects are operational satellites, the rest is space junk: dead satellites, rocket bodies, and miscellaneous debris.

If you go outside on a clear moonless night, in a relatively dark sky setting, and keep your eyes on the skies for even a short amount of time, it’s a fair bet that you’ll see a satellite. They appear almost like a jet, travelling slowly across the sky – but there are no blinking lights, and no contrail. They travel from horizon to horizon, sometimes directly overhead, sometimes so low they can barely be seen. Some satellites appear bright and fade to black as they pass into Earth’s shadow, while others remain faint their entire trip across the sky. Some satellites flash like a brilliant meteor as sunlight reflects off their solar panels(2); these are always a treat at public observing sessions.

To see a representation of how much stuff is orbiting the Earth, go to: http://stuffin.space:

The Heavens-Above website is a great resource for tracking satellites, and is very useful for planning what will be visible, or figuring out what satellite just passed overhead: http://www.heavens-above.com/  There is also a Heavens-Above Android.app. 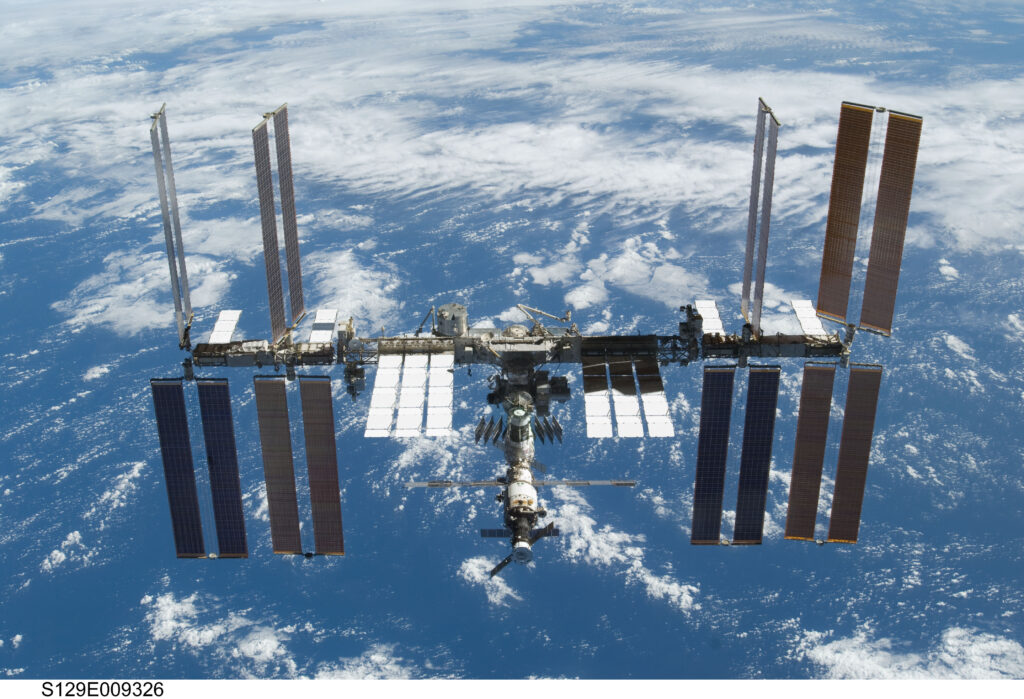 The International Space Station is by far the biggest and brightest of all the man-made objects orbiting the Earth. Credit: NASA/JPL-Caltech.

(1) The United States Space Surveillance Network has tracked more than 24,500 space objects orbiting Earth since 1957.
(2) These is known as an Iridium flare: the flares are predictable down to the second.