A night with the Dynamax6 I just  bought as I continue to “shelter in place” during the Coronavirus outbreak. Here we have one of the more identifiable craters on the moon, Clavius (225km diameter) just above center here, containing its impressive arc of smaller craters starting with Rutherfurd (56km) on the southwest rim (lower right) of Clavius and then going through a series of the Clavius satellite craters decreasing in size while curving to the north and east. On the north rim is a crater similar to Rutherfurd. This is Porter (54km). Just outside the wall to the southwest are two similar sized craters. The southernmost one with the relatively smooth floor is Blancanus (109km) and just north and west of it is Scheiner (114km). South of Blancanus is a very flat floored crater, Klaproth (122km) and further south is Casatus (114km). To the left are two more similar craters mostly filled with shadow. The lower one is Kircher (75km) and the one above, with a little central peak is Bettinus (73km).

On the right edge of this image about halfway up is crisp, neat round crater, that is nicely defined. This is Cysatus (51km) and it is adjacent to Gruemberger (97km) on the left or west side. Straight down the right side is of the image leads you pretty close to the south pole of the moon but not at this libration. The moon’s north pole is tilted towards us on this night! 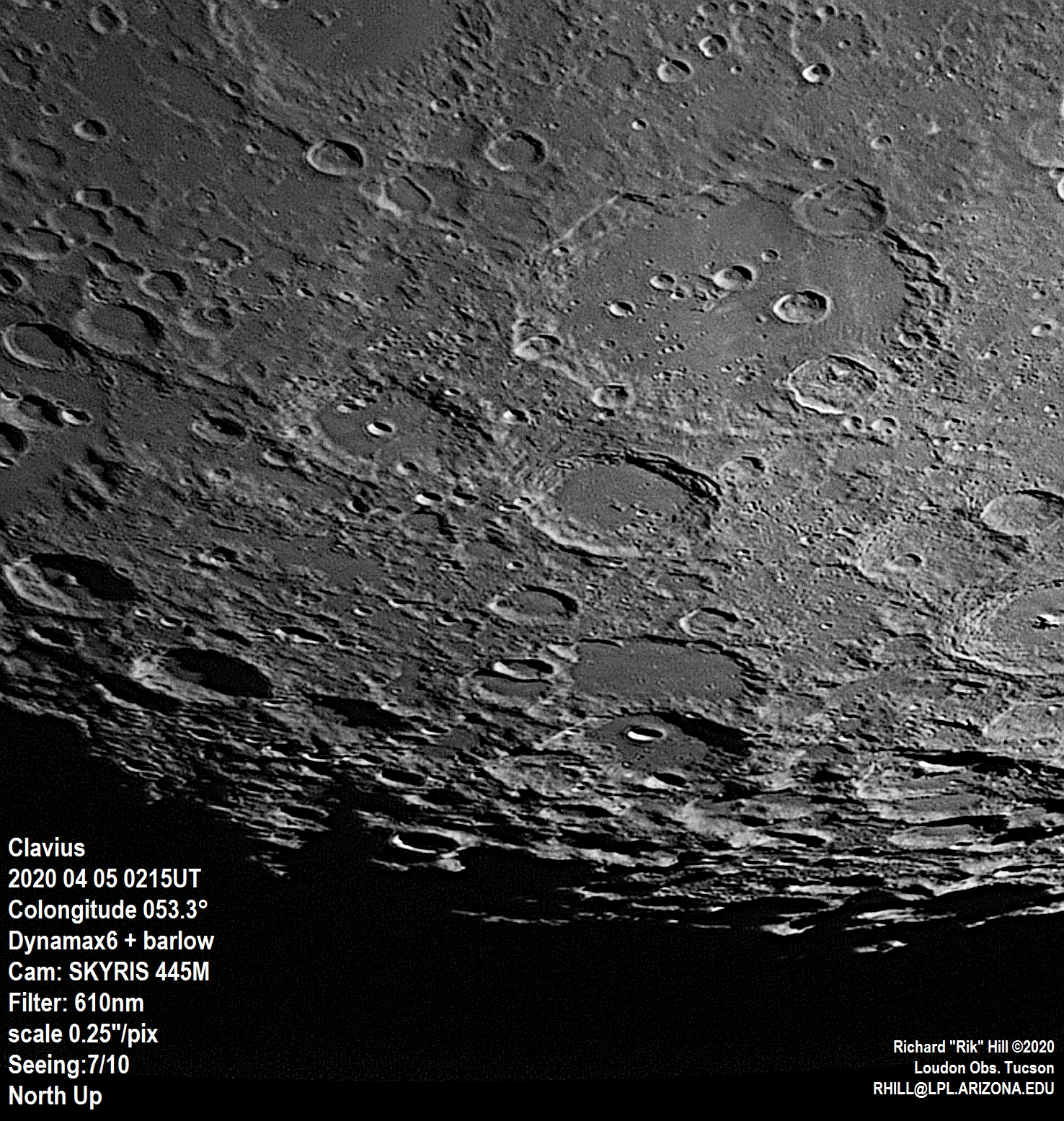