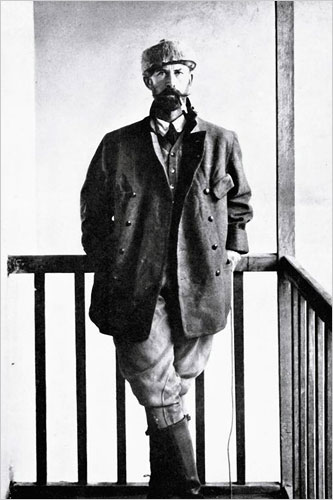 This past weekend, I was in need of seeing a good movie. After consultation with the manager of our local family video store, (yes, they still exist) I decided to rent “The Lost City of Z.” The movie is based on the book of the same title by David Grann of The New Yorker. The story is centered on the adventures of British explorer Percy Fawcett.

Fawcett is depicted as an undecorated soldier that desires above all things to receive military honors to restore his family name. When he is approached about a surveying expedition to create a map of the border between Bolivia and Brazil, the status hungry Fawcett is less than thrilled. However, after accepting the commission, Percy’s journey brings him upon some pottery deep in the Amazon jungle, feeding his speculation that there is a lost city, Z (also known as El Dorado), that was hinted to him by an indigenous guide.

The desire to find this lost city became an all-consuming endeavour for Percy. On each expedition, the movie depicted the struggles these journeys would place upon him and his family. While watching this unfold, I couldn’t help but wonder how I would respond to an exploration that would last between three to seven years with no hope of seeing family, friends, and the surroundings of which I am familiar?

This honest depiction of the human toll upon Percy and his family revealed both the heroic nature of such a journey, but also showed how the corruption of the human heart, fueled by the desire for riches, status, and power, can also sway humanity to such expeditions. By the end of the movie, I came away with a deep appreciation of how the film depicted the commingling of the human desire to explore with the sinful desire to exploit and dominate. (For a detailed look at the actual history behind this movie, click here to visit a detailed summary of Percy Fawcett put together by The Telegram.)

There are many interpretive directions one can take with this movie whether it be the slave trade, deforestation of the Amazon, or relationships (or lack there of) with indigenous peoples when cultures literally collide. To take things in a slightly different direction, I am moved to compare The Lost City of Z with the strong desire to put humans on Mars within our lifetime.

For starters, I would like to reflect upon the question: What do we seek when exploring Mars? In regard to the movie The Lost City of Z, we find a whole host of reasons why people wanted to search the Amazon for a lost city. In a book review by Rich Cohen, he nicely lays out how there were as many motives to explore this unknown region as there were explorers.

What drove the British, from the start of the age of empire to its closing chapters in the 20th century, to all corners of the globe? Was it money, glory, adventure, or was it the dismal reality of their isles? Were they fueled by the simple need to get as far from Nottingham and Bath as possible, away from the cold gray rain? Was a craving for color the wind at their back? (Ambition belongs to those with a taste for citrus who live in a land where no citrus is grown.) The quest grew increasingly frenzied as the age ripened and there seemed ever fewer places to explore. As economists say, scarcity creates demand. This era was a moment ago yet seems ancient; the names of its heroes ring like names in a fairy tale: Richard Burton, Ernest Shackleton, David Livingstone. Some of the most daring converged on the Amazon, where hunter-gatherers still lived on human brains and even the most gaudy human creations were swallowed by vines if left for a week. (Rich Cohen, On the road to El Dorado. The New York Times – February 26, 2009)

For Percy Fawcett, the movie depicted his motives as moving from a less than invigorating mapping assignment to a search for the “missing key” to human civilization. At one point of the movie, Percy claims that finding this ancient city would hold the key to understanding human civilization. Much can be said about this presumption, but what it reveals is that the human heart has a natural wiring to want to understand both its origins and where it is ultimately going. This search for origin, meaning, and purpose is at the heart of how the human person is religious by nature.

When comparing Percy Fawcett’s exploration for a missing key to understand humanity with the future Mars missions, one can hear similar tones of origin and end in NASA’s explanation as to why we should visit the Red Planet.

Mars is a rich destination for scientific discovery and robotic and human exploration as we expand our presence into the solar system. Its formation and evolution are comparable to Earth, helping us learn more about our own planet’s history and future. Mars had conditions suitable for life in its past. Future exploration could uncover evidence of life, answering one of the fundamental mysteries of the cosmos: Does life exist beyond Earth? (NASA’s Journey to Mars)

Though it should be clear that there is no hope of finding a group of indigenous people on Mars, the exploration will focus upon understanding the science of how planets and life form. With a better understanding of these two aspects of creation, we will be able to understand our good Earth in a new way. Other motives for exploring Mars are that the missions will serve as a stepping stone to develop better technologies for human exploration, improving the quality of life on Earth, and exploring the possibility of human colonization on another planet. Citing urgent pleas from notable names in science media circles, Jessica Orwig in her article, “5 undeniable reasons humans need to colonize Mars – even though it’s going to cost billions,” states that in order for humanity to survive, we need to get off our pale blue dot! 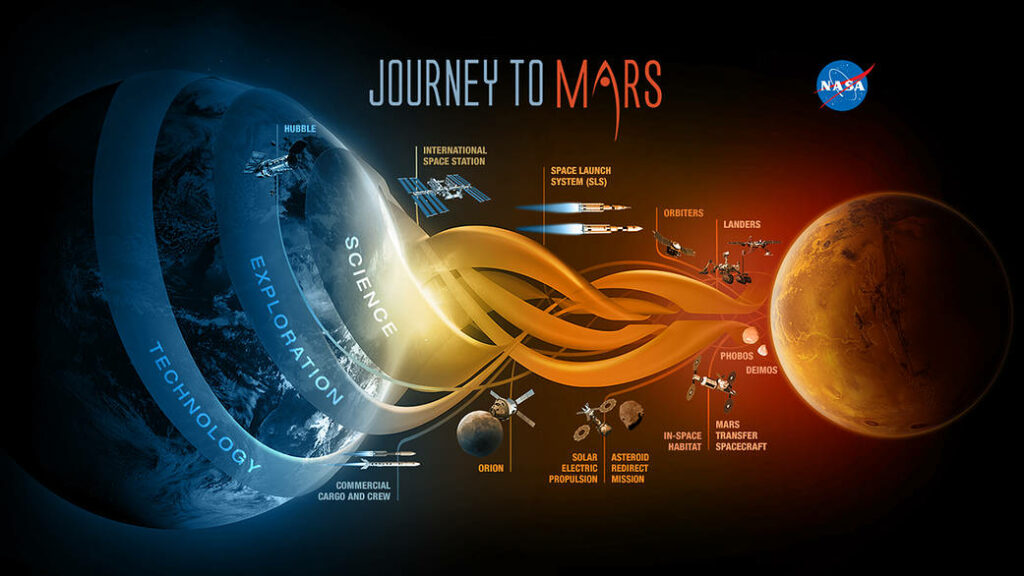 When reading Orwig’s fatalistic interpretations of why we need to find a “new Earth,” I find myself gravitating toward two sets of ideas. My primary thoughts evoke panic and fear, thinking that the quicker we can develop these technologies the better. My secondary, more sober thoughts make me wonder if we are falling into the same exploitive trap that early explores did that led to the slaughtering of indigenous peoples and the exploitation of natural resources. In many ways, I find it ironic that many scientific figures that are appalled at those who exploit natural resources for personal and/or commercial gain on our common home seem to have no scruples about invading another planet for purposes of self-preservation, seeming to care little about our impact upon a new Earth. When we try to learn from lessons in the past, might our final conclusion be that life on our Earth is unique? In this sense, unique would not mean that we are the only planet with complex life on it, but we are uniquely suited to exist on this planet and trying to move to another planet would do irreversible damage to the new Earth and/or ourselves?

The other thoughts I have about the exploration of Mars is the human toll. When I learned that a mission to Mars would probably mean 4 to 5 years of an astronaut’s life, being away from family, friends, and familiar surroundings, my initial reaction was “that’s too much of a price to pay for someone with a family.” However, The Lost City of Z reminded me that, as a child of modern travel where most places on Earth can be reached in a day or two at the most, the early adventures of new world exploration took about the same time as a mission to Mars. The important lesson we must take with us on these explorations is to have a sober understanding of our motivations for such exploration and a realistic sense of what can be accomplished. The heroic part of the human heart is wired to explore, but that desire needs to be tempered by a moral vision that approaches each mission with the simple rubric, “Do no harm to ourselves or the world we visit.”

What are your thoughts on a mission to Mars? Is it something we should do or is it a waste of time? Is this simply a continuation of the human desire to explore or do the mixed motives of humanity risk more harm than good? Leave your thoughts and if you’re looking for a good movie to watch, rent The Lost City of Z. I don’t think you’ll be disappointed!