In my youth, I hated reading. I would get bored, become tired, and hardly ever finish a book. Some called my behavior lazy, slow, and unengaged. My mother, on the other hand, knew different. She knew I could read and enjoyed reading because every night when the Newspaper came I would, in her words, “absorb” the sports page. In particular, I loved baseball stories and numbers. My first math lessons were understanding batting averages and the hit to at-bat ratios my favorite players needed in order to be among the league leaders in hitting before the end of the season.

In high school, I recall a project in which we needed to write a book report on a subject of civil rights. My teacher wisely encouraged me to do a project on Negro League Baseball, ensuring that I would actually read the book given its connection with baseball. At first, I had no idea that the Negro Leagues even existed. I knew the white baseball legends like Babe Ruth, Mickey Mantle, Yogi Berra, Walter Johnson, and Ty Cobb. And, yes, I knew of African American legends like Hank Aaron, Jackie Robinson, Ernie Banks, and Bob Gibson. My problem was I didn’t know the stormy, troubled past of segregated baseball. I didn’t know that there was a time that African American baseball players were banned from playing Major League Baseball. With time and study, I began to see how segregation in baseball reflected the broader segregation of our country and the barriers that needed to be overcome so baseball could be one game instead of two, just as the United States still struggles to be one country instead of two. 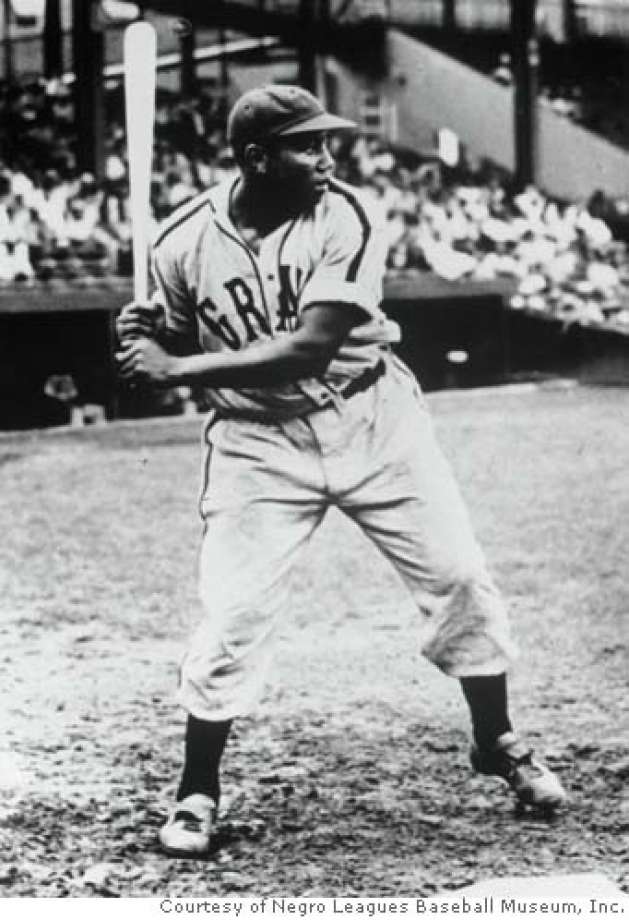 Why do I start a reflection about a NASA movie with stories of segregated baseball? The reason is that as I watched the movie, Hidden Figures, I was not only thinking about the space race, but I was thinking about the stars of the Negro Leagues like Josh Gibson, Hilton Smith, Satchel Paige, Cool Papa Bell, and Rube Foster. As I watched a movie (spoiler alert) about a group of brilliant African American women mathematicians who worked for NASA, I was also angered by scenes of segregation, colored bathrooms and water-fountains, separate receiving lines for white and black scientists, and a constant reminder that, even though the cultural wheels were turning to end segregation, the time period of the Mercury Missions was still deeply divided along racial lines.  In an idealistic bubble of seeing space exploration as the great global uniter, Hidden Figures reminded me of the many layers of global and national tensions of that era, whether it be the rise of the Cold War with the Soviet Union or the call for civil rights from figures like Martin Luther King, Jr. It was a good reminder that, no matter how idealized we would like to make the exploration of space, it often reflects the same brokenness of human nature we find in everyday life.

The story of Hidden Figures is a heroic tale of a group of African American women that NASA dubbed “computers.” Their job was to be number crunchers during the hight of the space race with the Soviet Union. The first machines we know today as computers were still being perfected. Therefore, these women “computers” performed number crunching tasks that would later be accomplished by machines.

Similar to my ignorance of Negro League Baseball, I knew very little about African American women as computers. While the movie used the term to imply the racial tensions of the time, I have come to find that the origin of human computers goes back to 1935 when women mathematicians were hired as number crunchers for the National Advisory Committee for Aeronautics (which later became NASA). In 1943, the NACA hired the first African American computers to help with the space race.

Originally, there wasn’t a requirement for human computers to possess a college degree. However, by 1943 the black women hired to be computers needed advanced degrees in mathematics. In a field in which the numbers tell the story, it became clear that the more qualified African American women hired to be computers were outperforming their white counterparts, leading to new opportunities for African American women during the space race.

One of the powerful examples of advancement for African American women from Hidden Figures was the depiction of Dorothy Johnson Vaughn. Dorothy Vaughn was presented as a natural leader among the African American computers. The movie depicts a constant tension in her desire to be named a supervisor since she was already performing a supervisory roll, but did not have the title or authority to be a supervisor. Despite the great liberties taken by the movie in the depiction of Vaughan’s promotion, Dorothy Johnson Vaughn’s ability led her to be named the first African American supervisor for the National Advisory Committee for Aeronautics in 1949.

The central character of Hidden Figures is Katherine Johnson. In 2015, Katherine Johnson received the Presidential Medal of Freedom. Katherine’s primary job was to double check the math of flight trajectories for the Mercury and Apollo Missions. In Hidden Figures, Katherine and astronaut John Glenn are depicted as having a unique professional relationship. After a display of Katherine’s math skills in front of the Mercury planning team at the Pentagon, Glenn later asks for Johnson to double check the numbers of his flight plan after the “new” IBM computer showed a discrepancy in the math. John Glenn told flight control to “get the girl to check the numbers – the smart one.” The movie portrays this as a clear turning point for Johnson as she is called back to her job in a race against time to confirm the flight data with Glenn waiting on the launch pad just minutes before liftoff. 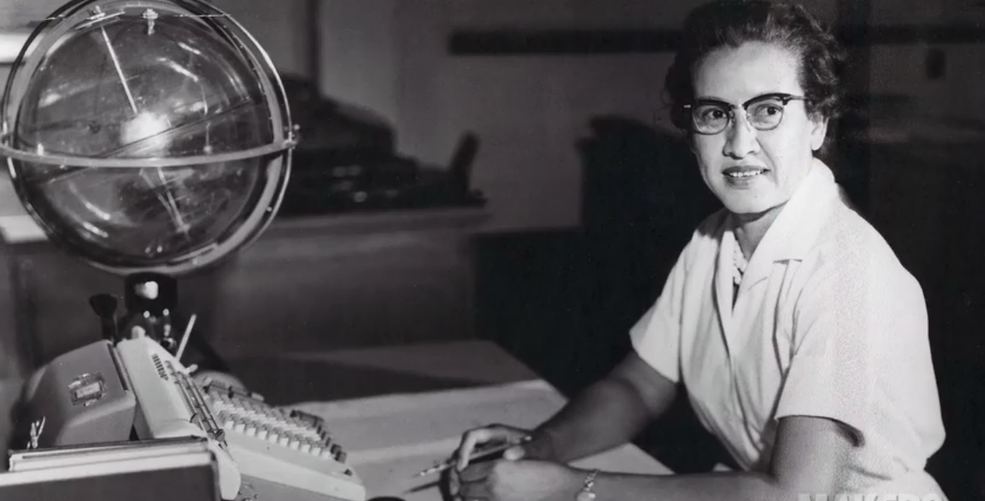 It is important to note that the movie takes great liberties with the historical timelines and facts of what it presents. For example, Dorothy Vaughn’s promotion to supervisor happened three years before the Freedom 7 mission, while the movie depicts her promotion as being tied to the events of John Glenn’s historic flight. The last minute calculations of Katherine Johnson didn’t occur forty minutes before launch, but occurred three days before the lunch with Glenn’s popular request, “get the girl to check the numbers,” being a bit of a mystery as to when he actually made the request. One of the more powerful images of segregation in the movie was of Katherine Johnson having to run half a mile every time she needed to use the bathroom because there were no colored bathrooms in the building she worked. When this is discovered by flight Director Al Harrison, he takes a crowbar to the “Colored Bathroom” sign in the segregated West Area Computing building, declaring segregation to be over at NASA. As powerful as these scenes were, they did not happen and were not a part of Katherine Johnson’s work experience on the Freedom 7 Mission. However, it is true that the National Advisory Committee for Aeronautics had segregated facilities and bathrooms as the movie depicts, but this segregation ended in 1958 when the NACA was reorganized as NASA.

When pressed about these historical liberties taken in the movie, Director Theodore Melfi explained that what he was trying to accomplish was to depict the plight of not only the African American women who worked for the NACA and NASA, but wanted to give voice to the broader social struggles of all African Americans. A second, more functional reason Melfi gave for taking the liberties was that it is a challenge to make an engaging movie about mathematicians.

On a personal level, these reasons for the liberties make sense. Though the historical accuracy of Hidden Figures can be questioned, the historic impact and legacy of the African American women depicted in the movie cannot. Similar to my love of literature about Negro League Baseball, Hidden Figures has awoke a desire to dig deeper into the real story of these amazing women, helping me to understand both the significance of their work for NACA/NASA and how their stories help deepen our understanding of the United States’ history with segregation.

Why have I included this reflection on The Catholic Astronomer? Something I have come to appreciate in my exploration of faith and science is the danger of reducing science to mere numbers and equations. Yes, science seeks truth through numbers and measurements. However, it is always important to remember that people have developed the language of science, do the science, and apply the science. Behind the numbers is found the same dynamics of human nature that are present in our world. It reminds me that in order for a pursuit for truth to be sincere, we must be honest not only with calculations and measurements, but also with our motivations, good and bad, that apply these calculations and measurements to the real world. It reminds me that my Catholic faith points to something that transcends the numbers: All people are made in God’s image and likeness and are deserving of love, respect, and dignity regardless of their race, gender, country of origin, or state of life.

In light of this, stories like the women of Hidden Figures emerge as stories that must be told so their accomplishments can be celebrated with the hopes that, someday, the prejudice and racism they endured may remain a historic footnote and not become a lived reality in the present.