One of the beautiful aspects of Christianity is its profound use of symbol. During Lent, Holy Week, and Easter, we encounter some of the most powerful symbols of our faith. Yesterday, the Christian world held palm branches, reminding us of the triumphant entry of Jesus into Jerusalem amid joyful cries of “Hosanna in the Highest!” This procession reminds the Christian of the hope-filled expectation that Jesus was the promised Messiah, seeking to establish a new kingdom for the Children of Israel and the world.

The irony of Palm Sunday is that this symbol of victory is quickly met with the ultimate symbol of violence and defeat: the crucifix. This move from Palm Sunday to Passion Sunday in the same liturgy recalls the quick turn from the joyful entry into Jerusalem to the tragic journey of the Way of Cross. This turn also highlights the twofold symbol of the palm branch as both victory and humility, recalling how we were marked at the beginning of Lent with the ash of burned palms with the words, “Remember that you are dust, and to dust you shall return.” These symbols provide a powerful commentary of how the fallenness of humanity often seeks to reduce our world to images of victory and violence rooted in ideologies of power. 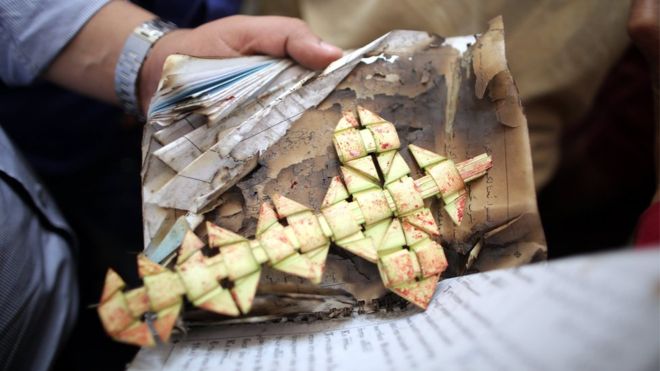 Palms from one of the Coptic Churches that endured a terror attack. Image Credit: BBC

The world was given a painful reminder of the mystery of Palm/Passion Sunday with the terror attacks in Egypt against Coptic Christians. The Coptic Church is one of the most ancient branches of Christianity. On the day we reflect upon the tension between victory and violence at the time of Jesus, Egyptian Christians were met with this painful reality in the present, holding palms drenched in the blood of innocent victims.

In Catholicism, we speak of the distinction between mere symbol and Real Symbol. Mere symbols are things that point to something while Real Symbol contains the thing symbolized. The palms for Palm Sunday would be considered a mere symbol, reminding us of the past events of Jesus’ triumphant entry into Jerusalem while the Eucharist is a Real Symbol, containing Jesus’ Real Presence. For the Coptic Christians of Egypt, the palms used yesterday moved from being a mere symbol to a Real Symbol, containing the blood of those martyred in imitation of Christ’s death on the Cross. Let us pray for those who lost their lives in this terror attack and for all Christians, Muslims, Jewish, Hindus, and any social group that has been the target of terrorism.

When events like this occur, we are met with another profound symbol of Christianity: Darkness. Darkness signifies many things in the Christian world. In Genesis, darkness signifies a world that is devoid of the light of God’s love. During the Easter Vigil, our celebration begins in darkness and is met with a single light from the Easter Candle. Amid the musical cries of “Lumen Christi,” the darkness is slowly overcome as worshipers light candles from the Easter flame. It is a powerful reminder that, despite the darkness that can be introduced into the world through acts of terrorism, the light of a non-violent faith, being called to love our enemy and to see God’s presence in all people including those who perpetrate acts of terrorism, illumines the darkness of our world with a holy light that manifests God’s presence through a life of holiness. The Easter mysteries remind us in a profound way that we are to become what we receive in the Eucharist: An expression of the living presence of God’s love in the world. Put another way, the Christian life calls us to be a Real Symbol of God’s love.

Often, people forget that the primary meaning of stars in the Bible is that they symbolize people. Whether it be the promised fruitfulness of Abraham’s decedents, the seven messengers to the churches in the book of Revelation, or the twelve apostles symbolized in the crown of twelve stars worn by her who was clothed in light, stars signify the hope of God’s fecund love to be made real in our world. During this Holy Week, may we gaze upon the darkness of the night sky and behold the beauty of the light that presents itself through the stars we see. May we see the night sky as a perpetual Easter Vigil, reminding us of how the light of Christ illumines the darkness of our world. And may we remember that this light does not call us to embrace fallen ideologies of victory through violence and terror, but that true victory is found in the non-violent love of Jesus Christ, allowing the rising of the Son to bring an end to life’s darkest nights through the dawning of hope in the Resurrection. And may we see in these stars a symbol of hope, calling us to allow the light of our faith to shine amid the darkness this world can present. 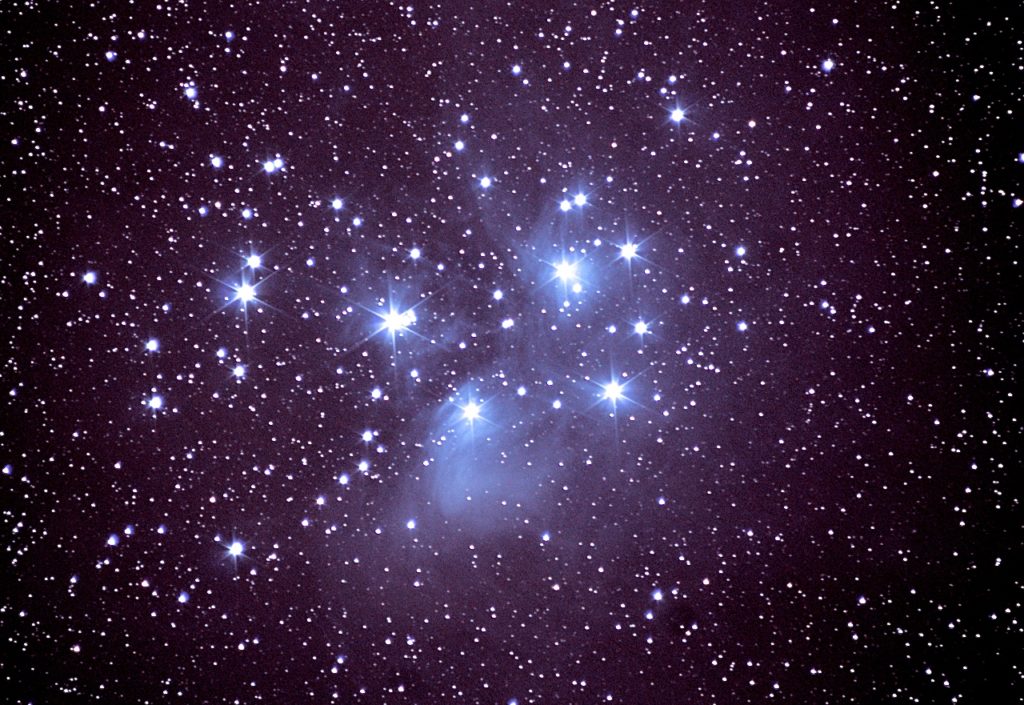 Are you willing to be a Real Symbol of God’s love in the world? Pray for the courage to embrace a life of authentic faith so that the darkness our world endures can be met with the light of the love of Jesus Christ.