Planets circle the sun—you probably learned this in grade school.  Johannes Kepler was the person who came up with the modern description for the motions of planets: planets move in elliptical orbits; planets closer to the sun move faster than those further from the sun; and even the individual planets move faster when closer to the sun in their orbits.  You might have learned this in college, if you took astronomy for a science class.

Prior to Kepler, people had always theorized that celestial bodies moved with circular motions, either simple or compound (a circle on a circle).  In fact, from the time of Aristotle, several centuries before Christ, all the way to the time of Copernicus, more than fifteen centuries after Christ, circles were “The Thing”.  Circles endured across time—nearly twenty centuries. Circles endured across cultures—the ancient Greek culture of Aristotle, the Greco-Roman-Egyptian culture of Ptolemy, the Islamic culture of Al-Tusi, the European Christian culture of Copernicus and Tycho Brahe.  Kepler made a big break with very established astronomical thought.  My students in my college astronomy classes wanted to know why he made that break. 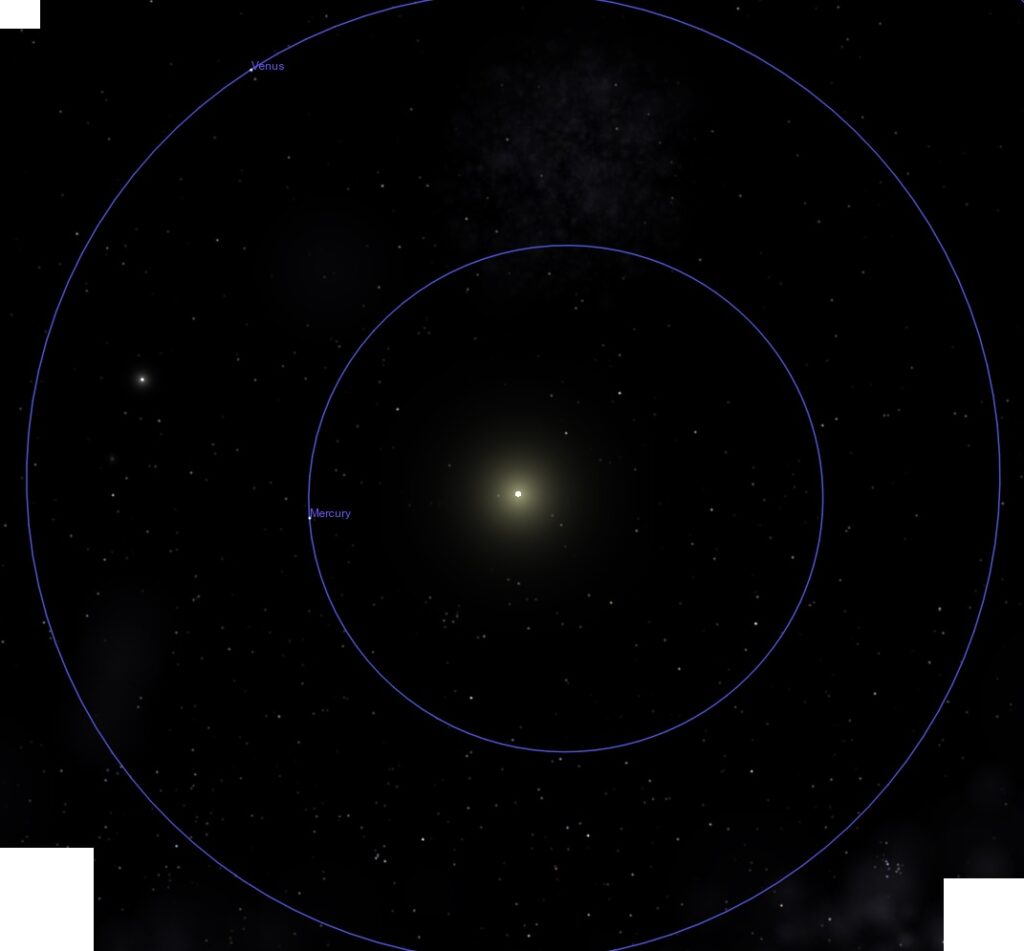 How does a professor explain Kepler here?  Well, what is pretty normal is to point out that Kepler was Tycho Brahe’s assistant; Brahe had the best data available on the positions of the planets seen from Earth; Kepler used that data to come up with the elliptical orbit idea.  The textbook used in the college astronomy class that I took as a student, Kaufmann’s Universe, said—

Kepler turned from circles to ovals. For years he tried in vain to fit ovals to the orbits of planets about the Sun. Then he began working with a slightly different curve called an ellipse…. To Kepler’s delight, the ellipse turned out to be the curve he had been searching for.

The text used in the history of science class that I took while in college, Mason’s A History of the Sciences, said—

Hence he abandoned the idea [of circles], and trying out other geometrical figures, he found in 1609 that the ellipse fitted perfectly, giving predictions of the required degree of accuracy.

Simple, right?  When I wrote my own textbook for my astronomy class, I said more or less the same thing.  But my students would have none of this.  They were not satisfied with my explanation of Kepler and ellipses, and kept asking questions:

—I don’t understand how you “fit” something. Can you explain exactly how he did that?

—Prof. Graney, if everyone had been thinking “circles” for two thousand years, what made Kepler think “ellipses”? Why would he ever even think of ellipses when no one else ever had?

I could not answer these questions.  I did not know how.  I had just accepted that Kepler did it.  Eventually I got tired of giving weak answers that did not persuade the students.  So, I did some research (finding answers to the endless questions of my students is what led me to do research on the history of astronomy).

Owen Gingerich, an astronomer and historian of science at Harvard, had written a lot on Kepler.  I knew Owen and had heard him speak.  So I read some of his articles on Kepler and the ellipse.*  I also checked Kepler’s original work to confirm for myself what Owen was saying.  And, based on that research, I added this to my textbook when I created a new edition:

But what led Kepler to think of elliptical orbits with the sun at one focus? He actually had tried a variety of oval orbits that would have worked quite well, but he was not satisfied with just picking any shape that worked. But when he noticed that elliptical orbits worked well if the sun was at one focus, he latched on to that idea. For Aristotle, the Prime Mover was the cause of the motions of heavenly bodies. Kepler supposed that the sun was the cause of the motions of the planets. Focus is the Latin word for “hearth”, as in a fireplace hearth. For Kepler the sun was the hearth or focus of the universe. Kepler, a deeply religious man who once wrote “I wanted to become a theologian; for a long time I was restless: Now, however, observe how through my effort God is being celebrated through astronomy” and who included statements of praise to God in his books, also saw the sun as a symbol of God. He argued that while Aristotle’s geocentric theory divided the universe into two parts, the heavens (made of the Fifth Element) and the Earth (made of the other four), in the heliocentric theory “there are three regions, symbols of the three persons of the Holy Trinity”, noting “the beautiful correspondence of the immobile sun, fixed stars, and intermediate space [where the planets are] with God the Father, the Son, and the Holy Spirit”.

The textbook continues, explaining that Kepler sort of replaced Aristotle’s Prime Mover, which to Aristotle represented the action of God, with the sun.  Aristotle thought things closer to the Prime Mover moved faster, while things further away moved slower (this leads to the idea in Dante’s Divine Comedy that hell, being the furthest place from God, was cold, frozen, and devoid of motion).  Kepler has echoes of this, in that bodies like Mercury that are close to the sun move faster, while those that are far from the sun, like Saturn, move slower.  And, each individual planet also moves faster when closer to the sun in its orbit.

In short, Kepler did not just “fit” the ellipse to the data.  Kepler settled on his ideas in part because of how he viewed the universe in religious terms.  My students had questions, and answering those questions brought Kepler’s faith into astronomy class.  Students now do not seem bothered by Kepler and the ellipses any more.  This explanation satisfies them.

Now that there is this information on Kepler’s faith in my textbook, some students think Kepler is really cool—he reflects their own faith-oriented approach to the world.  Indeed, Kepler is a key figure for engaging students who care about science and about learning but who are scared of science on account of what they may have heard about science in church or at home.  On the other hand, some students don’t like how Kepler’s religion mixed with his science—and they are challenged by the fact that Kepler was such a “breakthrough figure”.  Still other students just ask what the Holy Trinity is.  But regardless, I think students now connect better with Kepler and what he did.  Johannes Kepler now has a little more “personality” in the class.  He’s not just some guy who mysteriously “fit the data”.  He’s the guy who followed a faith-formed hunch and broke with two thousand years of circles and finally got the “right answer” regarding planetary orbits.