A photograph of the Science Gallery at Birr Castle filled with astronomical drawings from many contributors around the globe. International Year of Astronomy 2009 In the Footsteps of Galileo – Credit Bernard Kelleghan

In the Footsteps of Galileo

In September 2009 an exhibition opened in the Science Gallery at Birr Castle in Ireland. The idea came to me in September 2007, it took two years to the month for it to come to fruition. Funding was forthcoming from The Dublin Institute of Advanced Studies and Blackrock Castle Observatory in Cork. In the Footsteps of Galileo had landed.

There were over 50 sketches to frame, sent  from all over the world. The venues attracted some of the worlds best drawings produced by astronomers at the time. Having their work on display in what is considered to be the global home of astronomical sketching was truly joyous.

Therefore I decided to call the exhibition In the Footsteps of Galileo. A bit presumptuous perhaps however, Galileo produced truthful drawings. Above all finding truth and accuracy drawing is what  most sketchers strive to achieve. Drawing exactly what you see through the telescope takes time to do right. In Galileos day drawing exactly what he saw and making it public caused him so much grief but advanced human knowledge significantly.

To astronomers, Birr Castle is a place of great importance. In the 1840s, the third Earl of Rosse built what was then the world’s largest telescope – a 6 foot  diameter reflector. With this telescope, he was the first to see the spiral structure of M51 later called the Whirlpool Galaxy  and then sketch it. 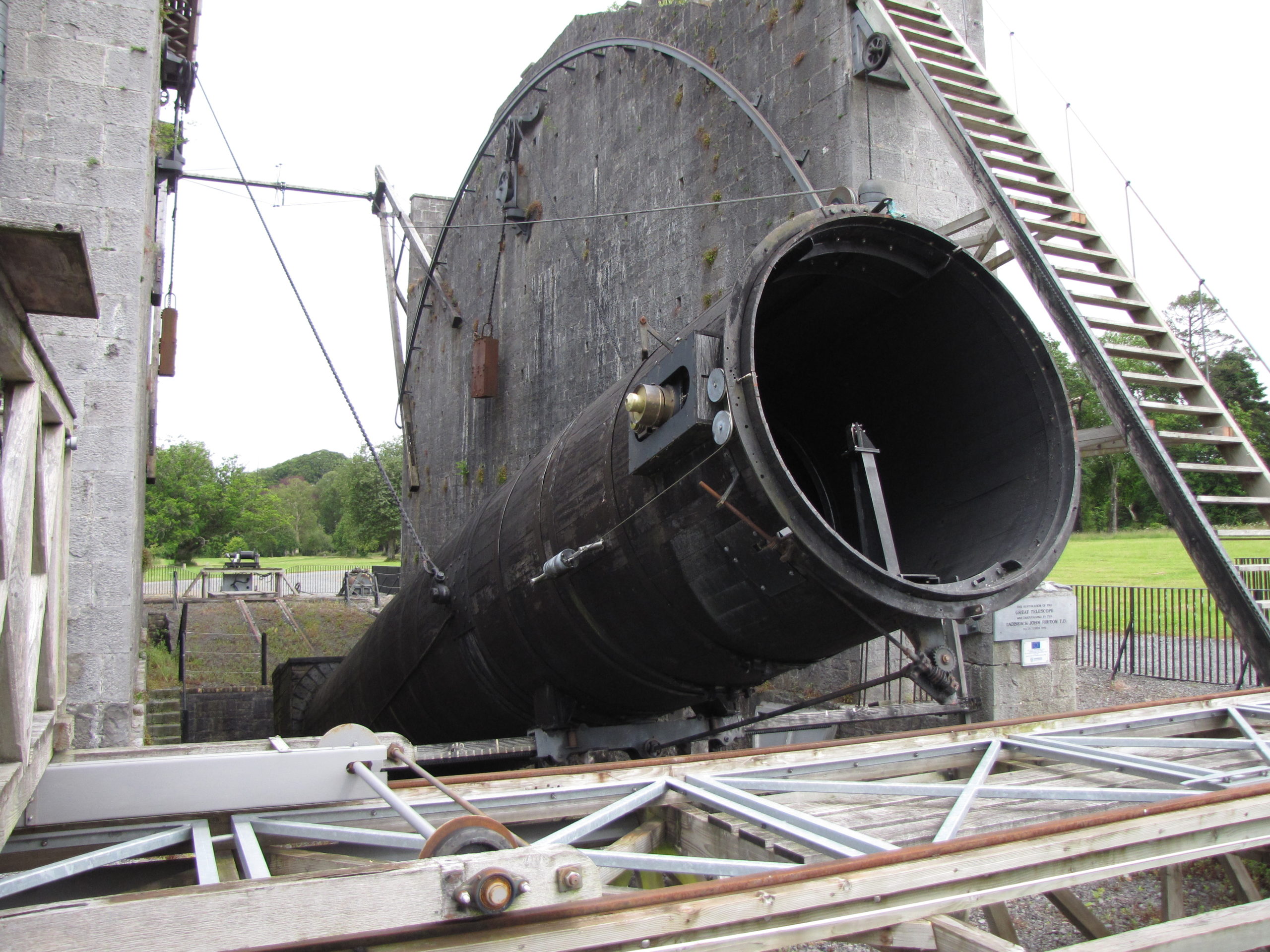 In addition to the adult work  were 100 drawings by children who had taken part in my workshop Deadly Moons. Some of these drawings were from children in New York, most were from Irish children. A lovely mixed audience of astronomers, artists, educators, children and the general public attended the launch. Dr Carolina Odman International Program Manager for UNAWE (at the time) ie Universe Awareness for Young Children opened the exhibition. She  gave a talk on UNAWE’s teachings to young children about the scale and beauty of the universe.

“it’s a pleasure to see In the Footsteps of Galileo in the shadow of the Leviathan.” 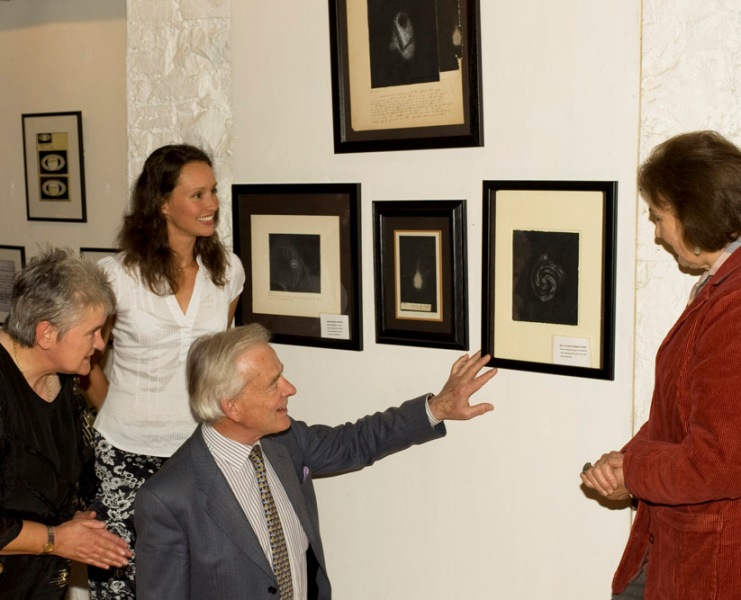 I said a few words on behalf of the contributors and also spoke about astronomical drawing. Why we do it, the learning through observational experience, and everything that brings the subject to the page.

Sir Patrick Moore  had donated six sketches to the display, sent a message of goodwill with regrets for being unable to attend himself. I had several memorable experiences dealing with Sir Patrick about the exhibition. All done on the phone to his home in Farthings in the UK. Dan Davis famous for his sketches in  Turn Left at Orion by Guy Consolmagno and himself  contributed his M42 sketch from the book.

Incidentally one of my abiding memories of those few day at the castle was being invited to sign the book of visiting astronomers. I was taken by surprise when the 7th Earl asked me to join him for what for me was a truly historic moment.

Blackrock Castle In the Footsteps of Galileo

Prior to visiting  Birr Castle the work went on exhibition at Blackrock Castle Observatory in Cork . I made a short video show some of the sketches on exhibition at the time. This exhibition was so well done, and looked great. It was opened by Leo Enright and it attracted many visitors to the observatory.

After the Birr Castle the exhibition headed for Dunsink Observatory in Dublin for a short run. Br Guy also visited that version on his speaking tour of Ireland at that time.  Here are a few images from the exhibitions at different venues in Ireland. Many people contributed their time and energy to this series of exhibitions in IYA 2009.  Without this big pull together this electic range of beautiful drawings would not have reached such lofty heights.

In conclusion the memories I have from this unique series series of exhibitions reminds me how generous people can be in supporting ideas.  International Year of Astronomy 2009 really was a feel good global positive experience.