The distance between Mars and Saturn in the southern predawn sky continues to grow with each passing morning. Jupiter is slowly making its way towards the southwest.

Venus is low in the western sky near sunset, getting slightly higher with each evening. 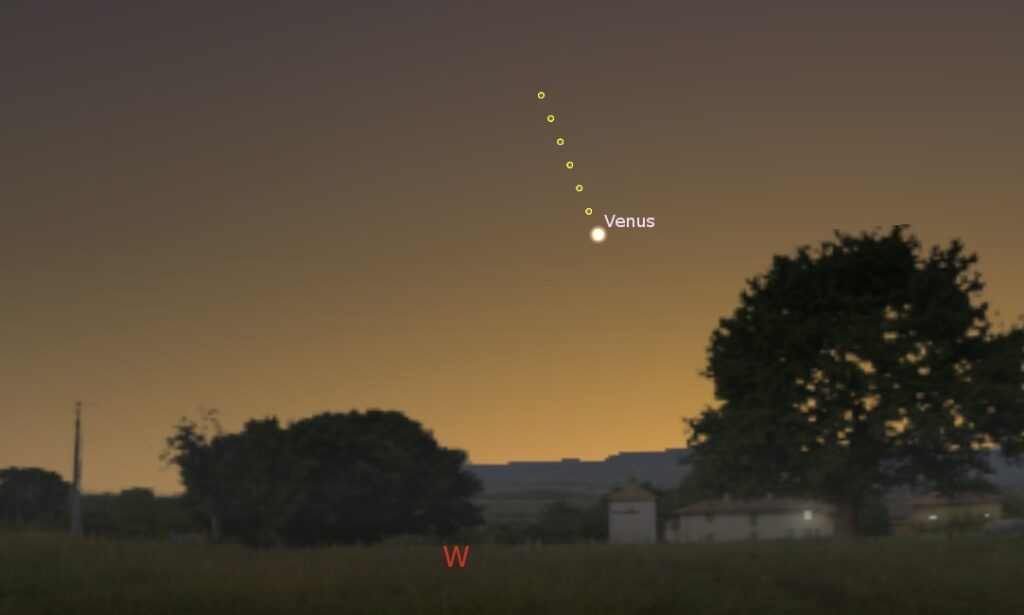 Venus in the western sky shortly at 8:30 PM, Apr. 10, 2018. The yellow circles show the change in position of Venus over the next week. Credit: Stellarium / Bob Trembley.

At midnight, Ursa Major is almost directly overhead; the “Big Dipper” is an asterism in Ursa Major – a prominent pattern or group of stars, typically having a popular name but smaller than a constellation. The Big Dipper can be used to “star-hop” to other stars and constellations all over the sky. The first star-hop I can remember learning was following the handle of the dipper to Arcturus, and on to Spica. 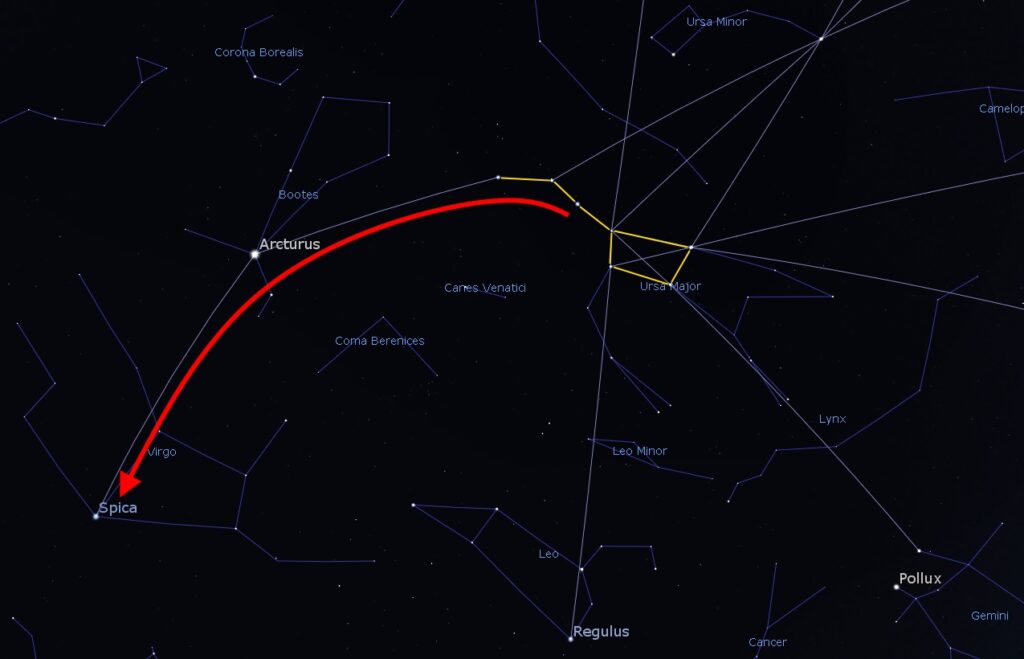 The sky overhead at midnight, Apr. 11, 2018, “star-hopping” from the “Big Dipper” asterism to the stars Arcturus and Spica. Credit: Stellarium / Bob Trembley.

The Moon is a waning crescent visible in the southeastern predawn sky, and traveling westward across the southern sky after dawn. The new Moon will occur late April 15th / early April 16th.

The Sun has been spot-free for 9 days. There is a coronal hole at the Sun’s south pole, and one along the equator. SpaceWeather.com says: “NOAA forecasters say there is a 55% chance of minor G1-class geomagnetic storms on April 10th and 11th as a stream of solar wind gently buffets Earth’s magnetic field. The gaseous material is flowing from a wide hole in the sun’s atmosphere. Arctic sky watchers should be alert for auroras mixed with spring twilight.”

The solar wind speed is 522km/sec, with a density of 8.0 protons/cm3. – the densest I’ve seen the solar wind since I started reporting it!

The Sun’s chromosphere had only a few prominences the last couple days; you can see some bright coronal activity boiling-up near the  Sun’s equator in this video:

Here’s another view of the activity in Sun’s corona:

On Apr 9, 2018, the NASA All Sky Fireball Network reported 3 fireballs. 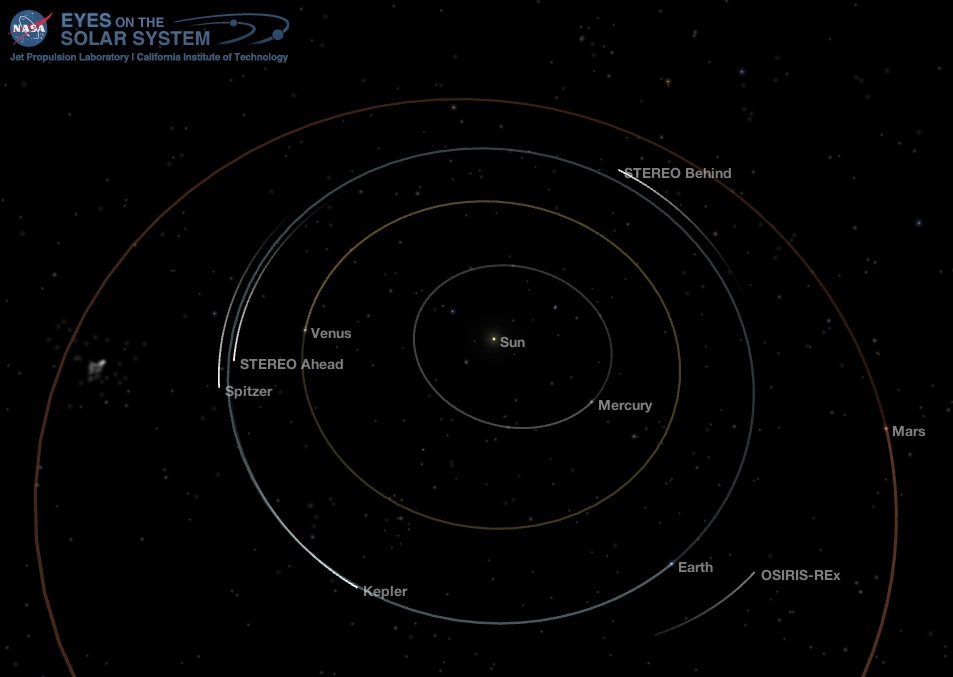 Position of the planets in the solar system, Apr. 10, 2018. Credit: NASA Eyes on the Solar System / Bob Trembley. 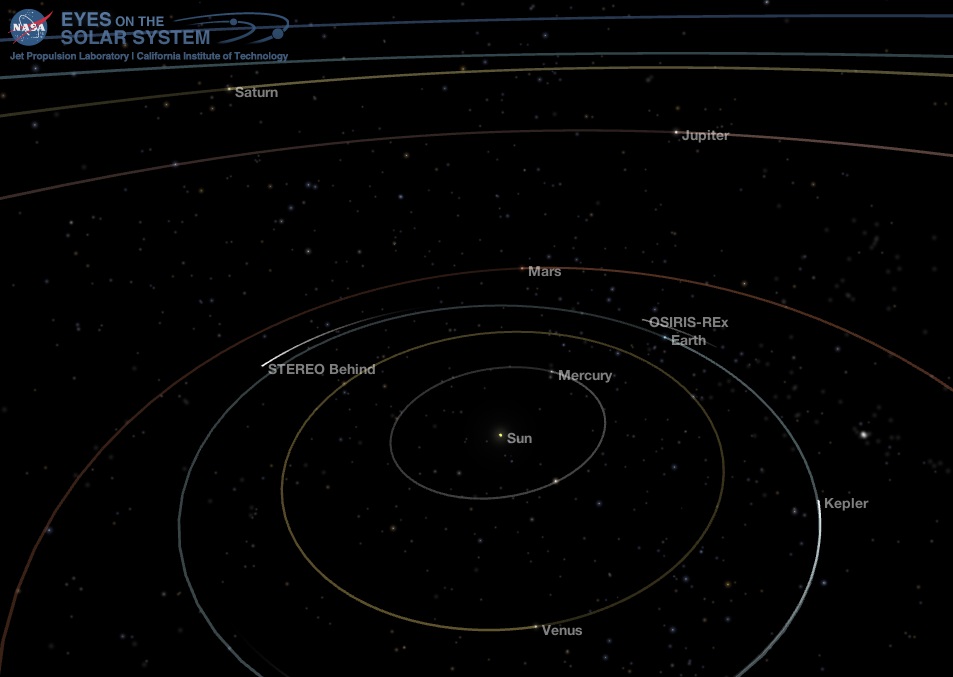 Position of the planets in the solar system, Apr. 10, 2018 – alternate view. Credit: NASA Eyes on the Solar System / Bob Trembley.

The Kepler exoplanet-hunting spacecraft has discovered thousands of planets orbiting stars in the vicinity of our Sun. Launched in 2009 on a 2-year mission, Kepler exoplanet discoveries started pouring-in! Until, disaster – three of Kepler’s four reaction wheels failed, hobbling the spacecraft as it was unable to point steadily at its target.

Mission engineers devised an ingenious method of using the solar wind to help keep the spacecraft pointed properly; the mission was extended in 2013, and the spacecraft resumed its hunt for exoplanets. Unfortunately, Kepler will soon run out of maneuvering propellant, effectively ending its historic mission. 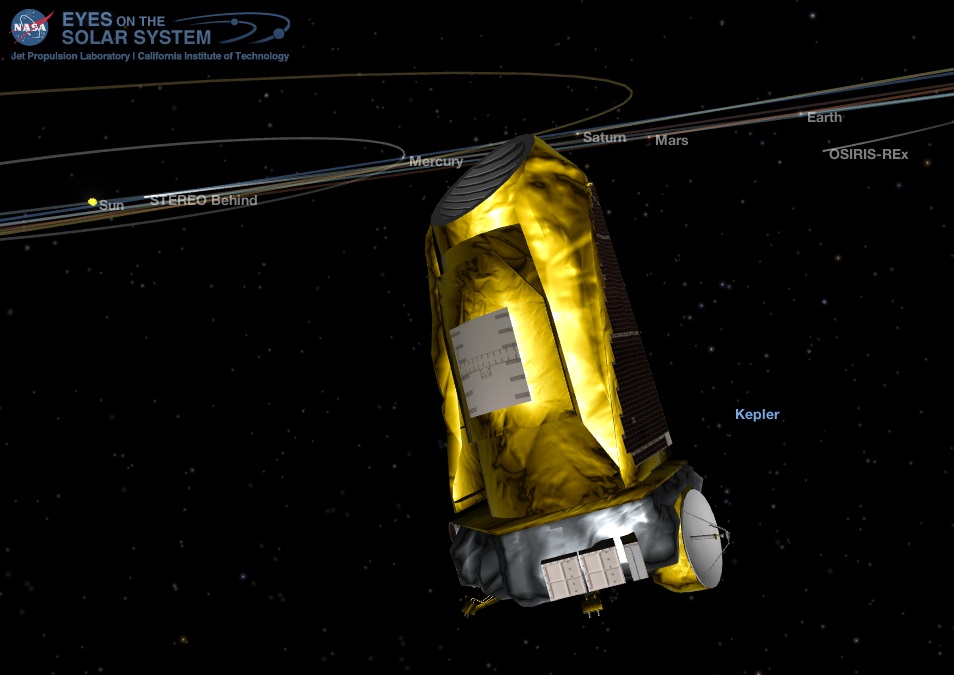 The Eyes on Exoplanets module within NASA’s Eyes on the Solar System app allows you to explore exoplanet systems that the Kepler spacecraft discovered. 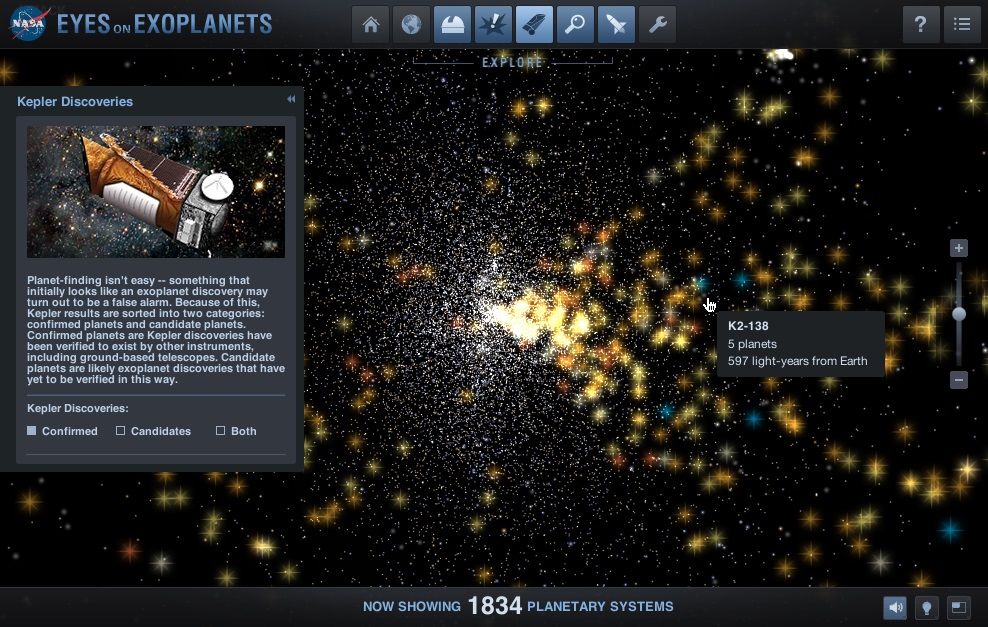 Using Eyes on Exoplanets, you can zoom-in to exoplanet systems and get information on the host star and planetary system, see the system’s habitable zone, and compare the exoplanet system with our solar system. 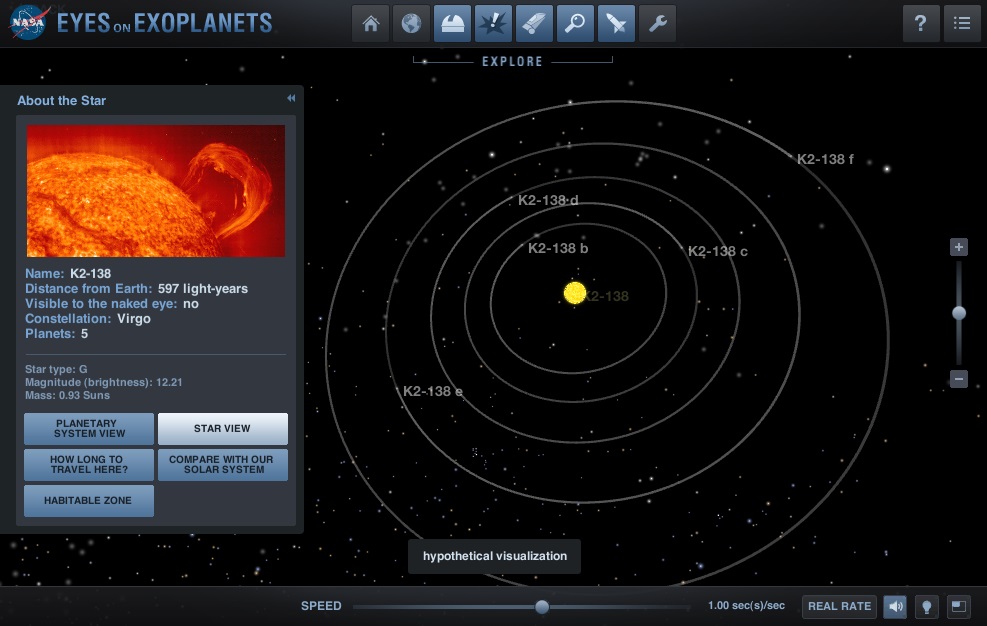