Last night, I gave the featured presentation during the Warren Astronomical Society‘s online WebEx/YouTube meeting: The Challenges of Interstellar Travel. I cannot believe how much I learned putting this presentation together; honestly, there’s probably weeks more research I could do, and papers I could read.

I discussed sending small probes and giant generation ships to the stars, and the enormous amount of energy, resources and manufacturing it would require. I talked about physical and mental problems related to space travel, and what it would take to keep humans alive during an interstellar voyage. I concluded my presentation suggesting maybe we should make sure all the life-support systems are functioning properly on the generation ship we all share, and are travelling through interstellar space aboard.

The NASA at Home page has links to lots of online NASA resources for things to do at home – here’s a couple:

You’ll see some redundancy; NASA is trying to put the lists out there on different sites where folks might typically go.

The three-planet conjunction of Mars, Jupiter and Saturn in the early morning southeastern sky continues with Mars pulling away from Saturn each morning. 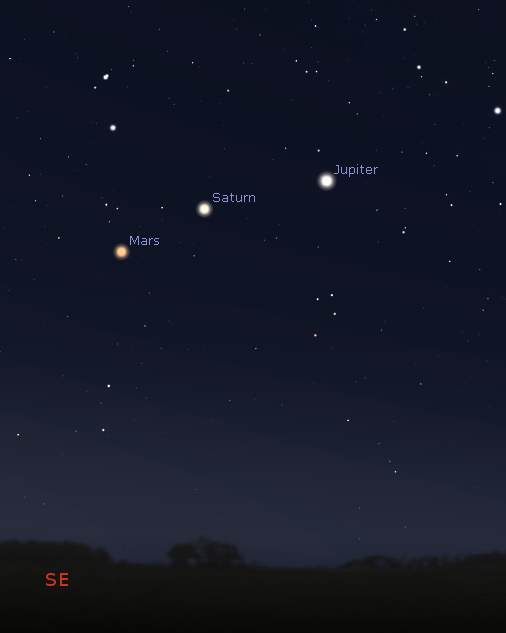 The Moon joins the three-planet conjunction on the mornings of April 13-17. 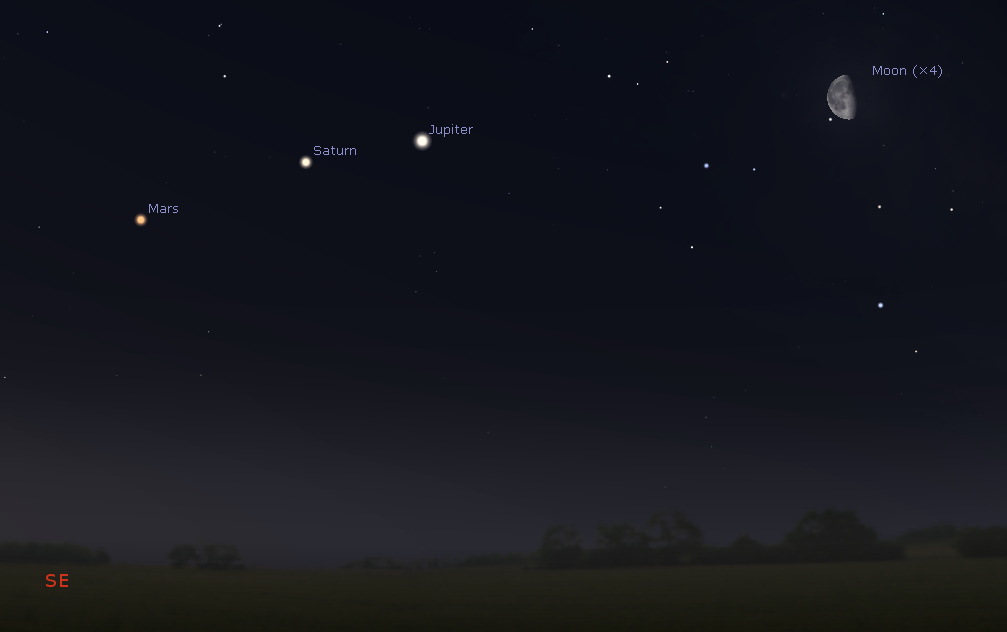 Conjunction of Saturn, Mars, Jupiter and the Moon in the southeastern predawn sky on April 13th. Credit: Stellarium / Bob Trembley.

Venus passed through the Pleiades star cluster on April 6th, and now appears “above” the Pleiades in the western sky at dusk. 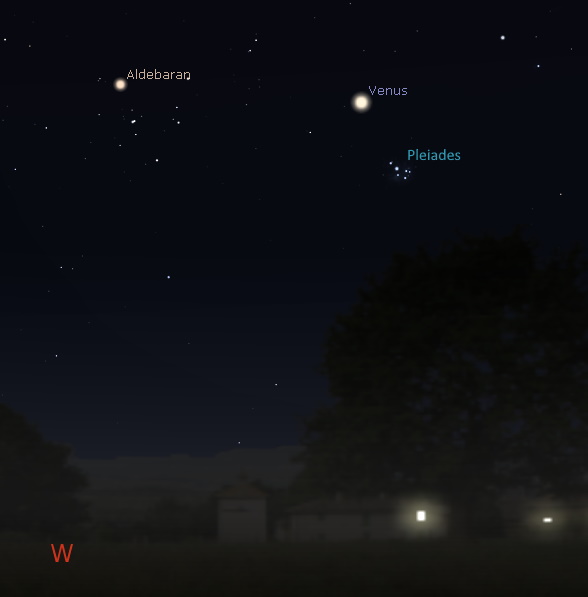 Venus now appears above the Pleiades star cluster, and the star Aldebaran is a short way away in the western sky after sunset this week. Credit: Stellarium / Bob Trembley.

Several members of the Warren Astronomical Society showed images they took of the conjunction of Venus and the Pleiades during our online meeting; Doug Bock, an avid astrophotographer, was able to share his screen and flip through several images he’d processed – that was very cool! Doug tweeted several of those images:

Venus and the Pleiades on April 3, 2020 pic.twitter.com/U3XCJilxe3

The full Moon occurs on April 8th – it rises at sunset, is visible high in the sky around midnight, and is visible all night.

After April 8th, the Moon will be a waning gibbous – rising after sunset, visible high in the sky after midnight, and visible to the southwest after sunrise.

I saw this and said “I didn’t know that! I’ve got to include it!”

"Well, at least something worked on this flight."
– Jim Lovell, Apollo 13

During Apollo 13's journey, the crew sent a rocket booster to intentionally impact the Moon. A seismometer set up during Apollo 12 recorded the activity. https://t.co/dFXSdu2fkp

The end of the video states:

“The [lunar] seismograph network recorded more than 13,000 seismic events and delivered some of the most important scientific results of the Apollo missions.”

I really wish we had a functioning network of lunar seismometers!

The Sun has been spot-free for 2 days, however the remnants sunspot AR2759 can be seen in the videos below as bright patches above the equator. The northern coronal hole has reopened; the southern coronal hole continues to be open and huge.

Several looping prominences on the Sun’s limb over the last couple days.

Take a close look at that loop – just WOW! Every time I see gorgeous amateur photography of the Sun like this, I can’t help but think how much the solar astronomers of the mid-late 1800’s would have LOVED to see these.

Take a breath. Relax. If you've got a half-hour, you can "sunbathe" with @NASASun's SDO, via this 30-minute 4K montage, set to appropriately atmospheric music. Sunglasses optional, but headphones are a must! ?? https://t.co/tgrff0DRrN #NASAatHome #MusicMonday pic.twitter.com/UvXRq9GPpV 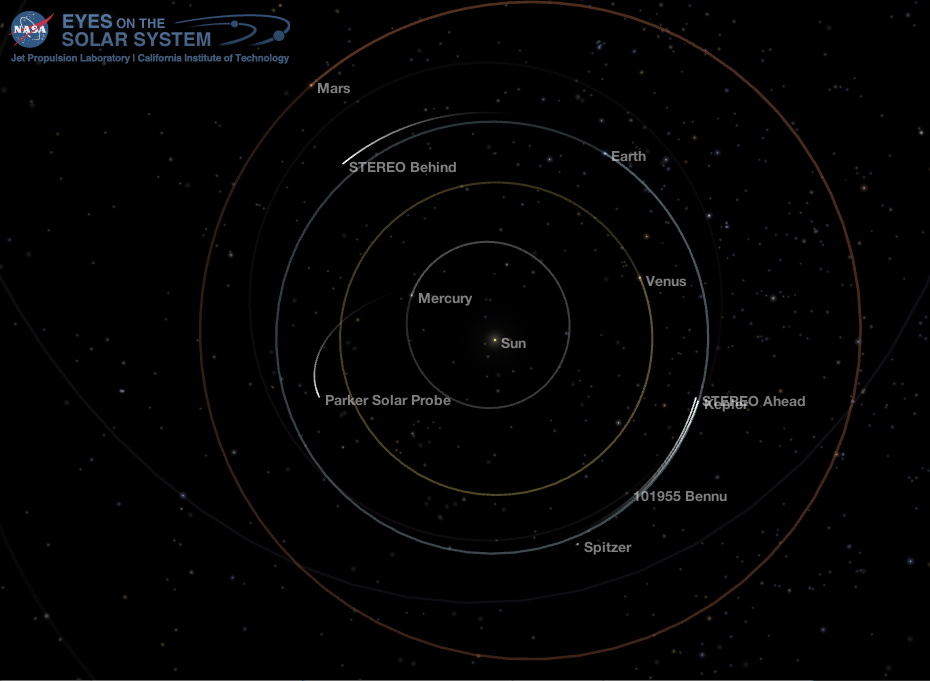 Position of the planets and a couple spacecraft in the inner solar system, 2020-04-07. Credit: NASA Eyes on the Solar System / Bob Trembley. 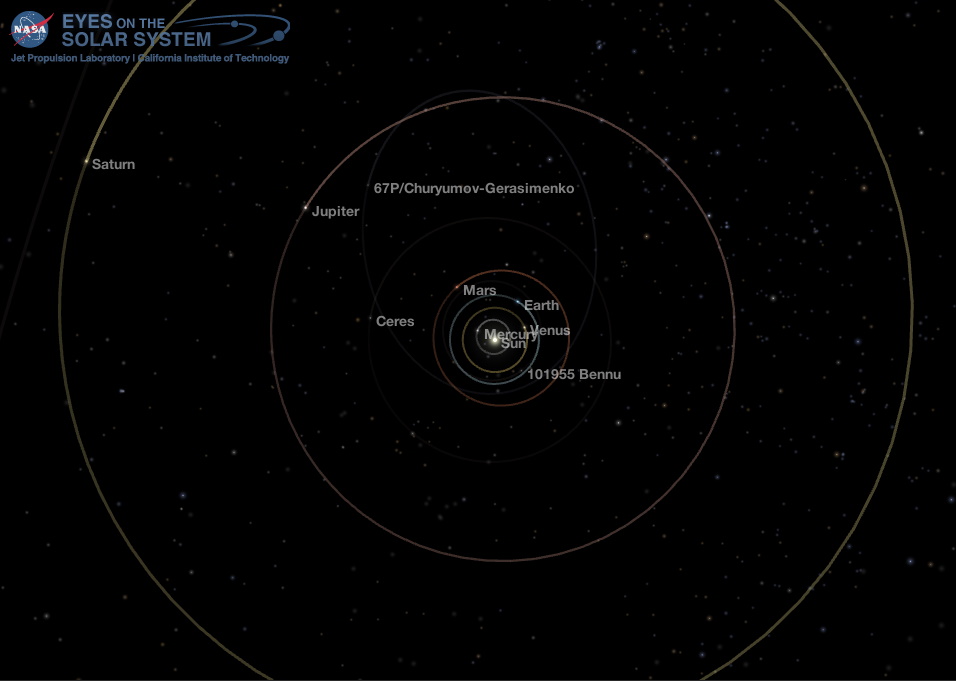 Position of the planets in the middle solar system 2020-04-07. Credit: NASA Eyes on the Solar System / Bob Trembley.

Position of the planets some transneptunian objects in the outer solar system – a small part of Sedna’s orbit is highlighted. 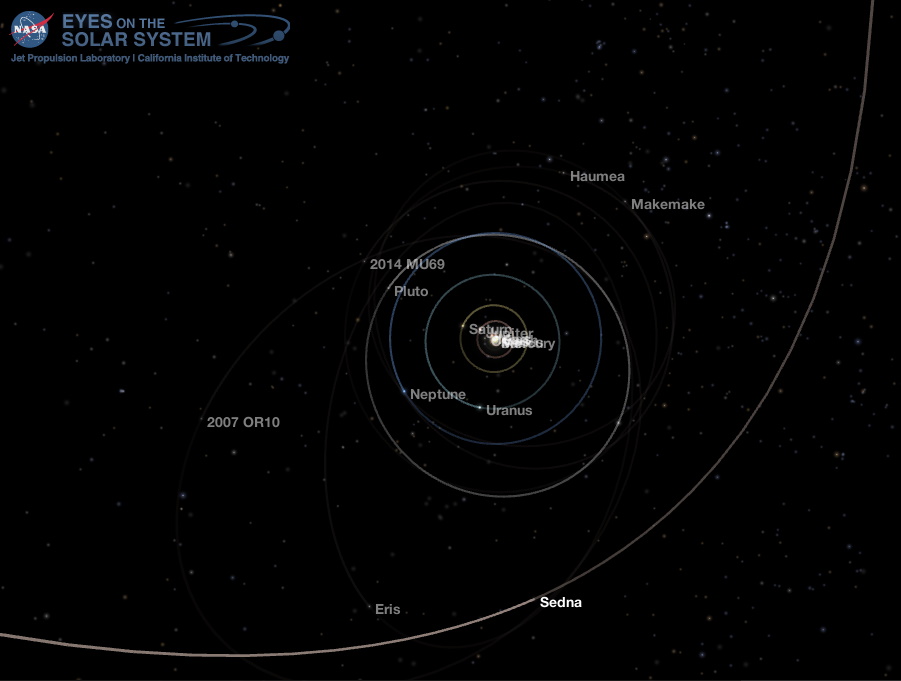 Position of the planets in the outer solar system 2020-04-07- part of the orbit of transneptunian object Sedna is highlighted. Credit: NASA Eyes on the Solar System / Bob Trembley.

(PSA: these videos are great for kids! ?)

This galaxy, named NGC 2273, hosts an inner ring and two outer “pseudorings”. Having so many distinct rings is rare, and makes NGC 2273 unusual.

The @SpaceX #Dragon resupply ship was released at 9:06am ET from the @CSA_ASC #Canadarm2. Dragon will splashdown in the Pacific around 2:50pm loaded with science and gear. pic.twitter.com/AXjTBxJVMc

Even with COVID-19, NASA’s many missions and personnel are doing what they do best, but from home offices and via video conferencing. This includes monitoring how our planet might respond to changes in human activity due to quarantines. https://t.co/DpkGbuzyTI

Let the natural lights shine! Earth Hour is on 24th March, between 8:30pm and 9:30pm. Join millions of people who are taking a stand against climate change by turning off your lights for one hour. The Elan Valley is an IDA Dark Sky Park which is protected from light pollution. pic.twitter.com/L7CaxuhANd

Continuing with my visual tour of nearby stars and their systems, we travel to Lacaille 9352, 10.73 light years distant. 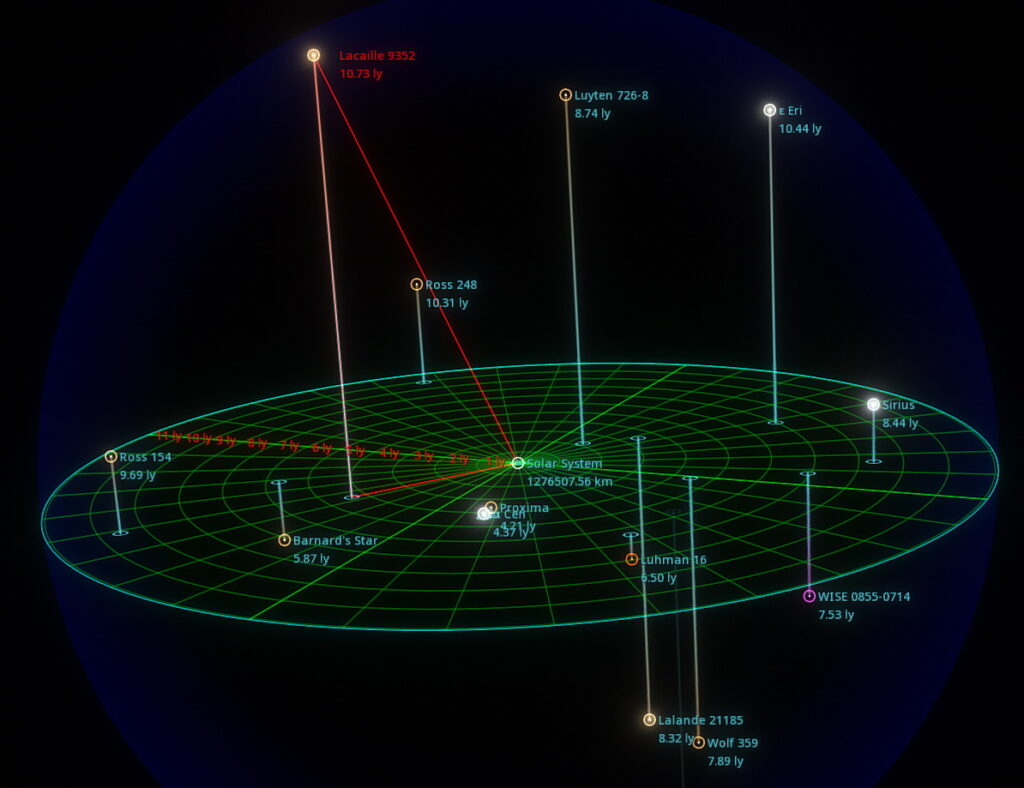 Distance to Lacaille 9352 from Sol; the plane (green) is aligned with the orientation of the plane of the Milky Way galaxy. Credit: SpaceEngine / Bob Trembley.

Lacaille 9352 is a red dwarf star in the southern constellation of Piscis Austrinus. With an apparent visual magnitude of 7.34, this star is too faint to be viewed with the naked eye even under excellent seeing conditions. Parallax measurements place it at a distance of about 10.74 light-years (3.29 parsecs) from Earth. It is the eleventh closest star system to the Solar System and is the closest star in the constellation Piscis Austrinus. The ChView simulation shows that its closest neighbour is the EZ Aquarii triple star system at about 4.1 ly from Lacaille 9352.

The spectrum of Lacaille 9352 places it at a stellar classification of M0.5V, indicating it is a type of main sequence star known as a red dwarf. This was the first red dwarf star to have its angular diameter measured, with the physical diameter being about 46% of the Sun’s radius. It has around half the mass of the Sun and the outer envelope has an effective temperature of about 3,626 K.– Wikipedia

As of this writing, Lacaille 9352 has no known exoplanets; when I traveled there in SpaceEngine, there were multiple procedurally generated planets, some large, several with moons. I probably spent way too much time poking around in the system to find good spots to take screen-shots. This star is exactly the type Project EDEN (and the VATT) would be looking at; I’ll be discussing Project EDEN in a future post.