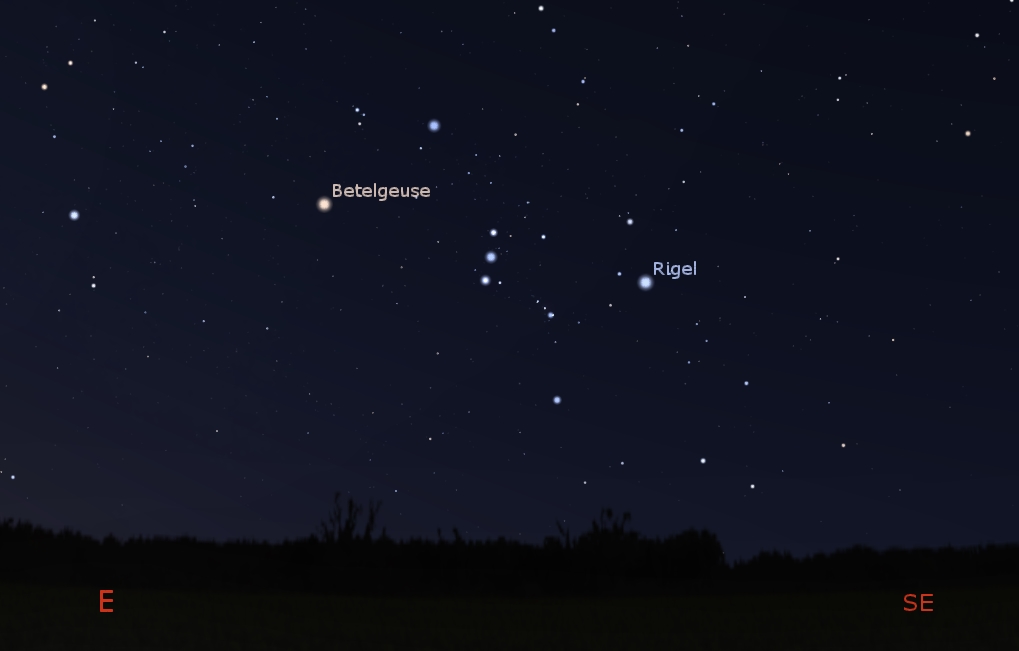 The constellation Orion is now fully visible in the eastern predawn sky; I had someone at a Perseid meteor party ask me if Orion was what they were seeing in the east – I laughed and mentioned my post from last week where Orion had not quite fully risen before sunrise.

The constellation Orion in the early morning sky to the east on Aug. 14, 2018. Credit: Stellarium / Bob Trembley.

The southern sky will be simply fantastic for observing this week, with 3 three planets splashed across the sky.

The Moon joins the planets in the south later this week; this weekend will be an outstanding time to do some sidewalk astronomy – which is exactly what my wife and I will be doing at the Michigan ComicCon this weekend at Detroit’s Cobo Center! 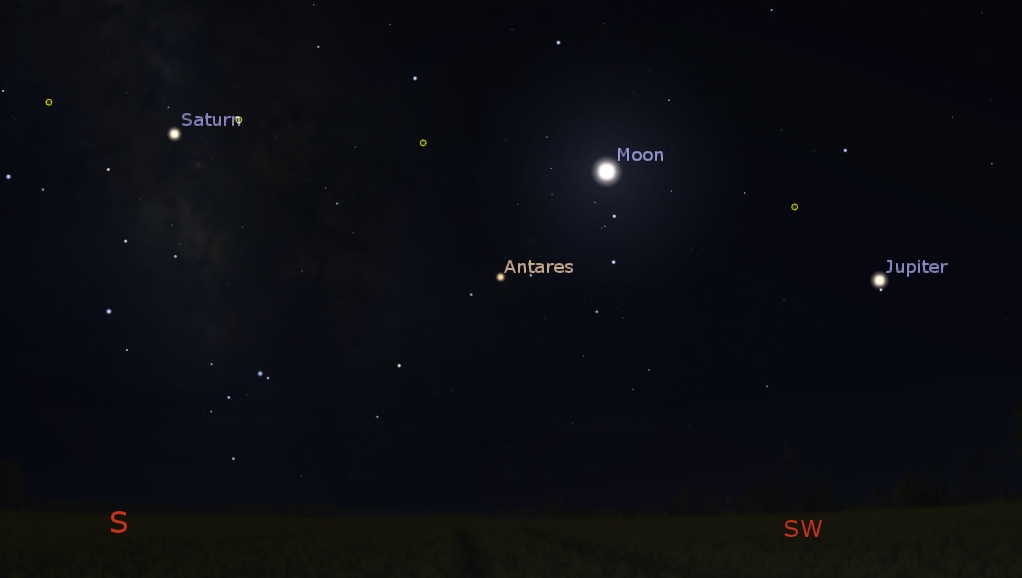 The Moon will be between Jupiter and Saturn in the southern sky after sunset between Aug. 17-20, 2018. The yellow dots show the position of the Moon on the 17th, 19th, 20th, and 21st. Credit: Stellarium / Bob Trembley.

The Moon joins Venus and Jupiter in the western sky at dusk on Aug. 14th. 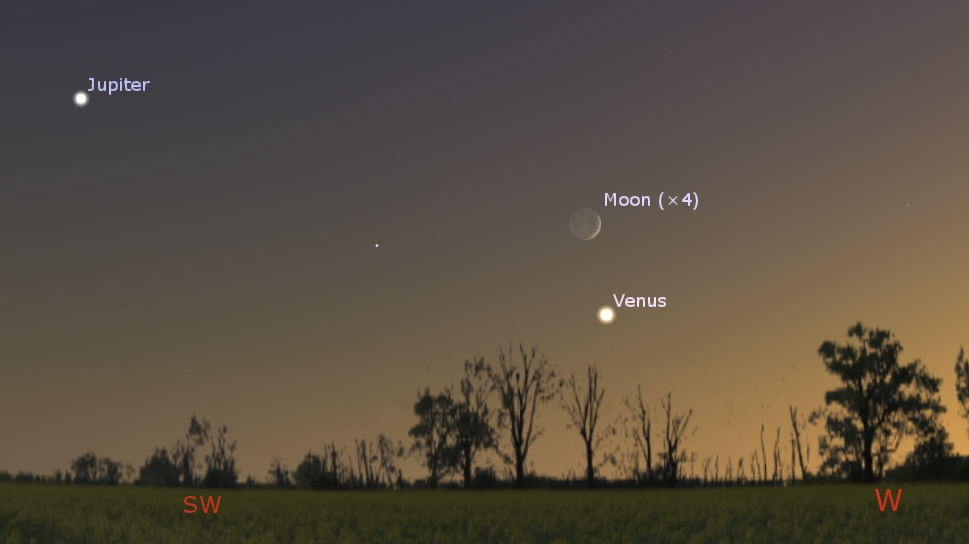 From Antonina, Brazil, Venus and the crescent Moon are high in the western sky after sunset on Aug. 14th. 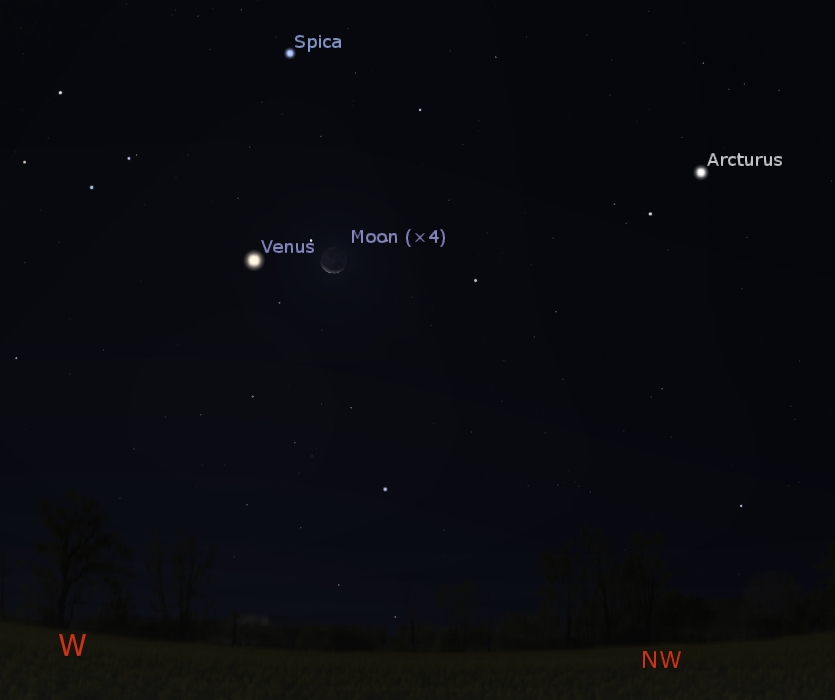 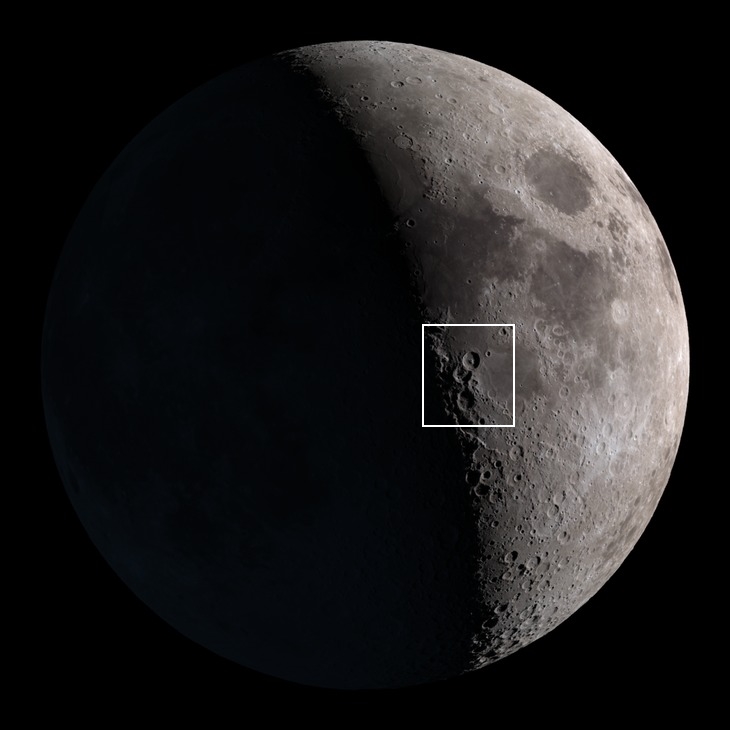 Theophilus is a prominent lunar impact crater that lies between Sinus Asperitatis in the north and Mare Nectaris to the southeast. It partially intrudes into the comparably sized crater Cyrillus to the southwest. To the east is the smaller crater Mädler and further to the south-southeast is Beaumont. It was named after the 4th-century Coptic Pope Theophilus of Alexandria.

Theophilus, Cyrillus and Catharina form a prominent group of large craters visible on the terminator 5 days after the new moon.
From: Wikipedia

Viewing these three craters will give you an excellent start towards getting your Astronomical League Lunar Observing Program Pin!

The Sun as been spot-free for 11 days – a large active region with coronal loop activity will soon be rotating out of view, while a smaller very active region rotates into view. The northern coronal hole has a long tendril stretching down past the equator.

SpaceWeather.com says: “A long, narrow hole has opened in the sun’s atmosphere, and it is spewing high-speed solar wind into space. NASA’s Solar Dynamics Observatory photographed the fissure on Aug. 13th pointing directly at Earth:”

Small prominences continue to appear all over the Sun for last couple days, with one rather large one appearing briefly popping out of the limb to the right of the video below. 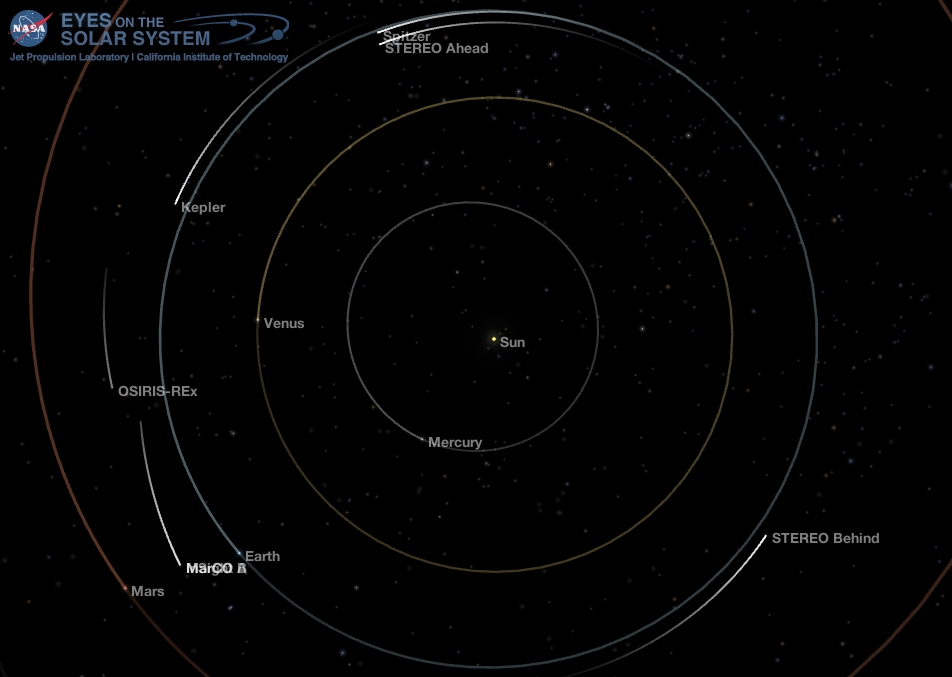 Position of the planets in the inner system, Aug 14 2018. Credit: NASA Eyes on the Solar System / Bob Trembley. 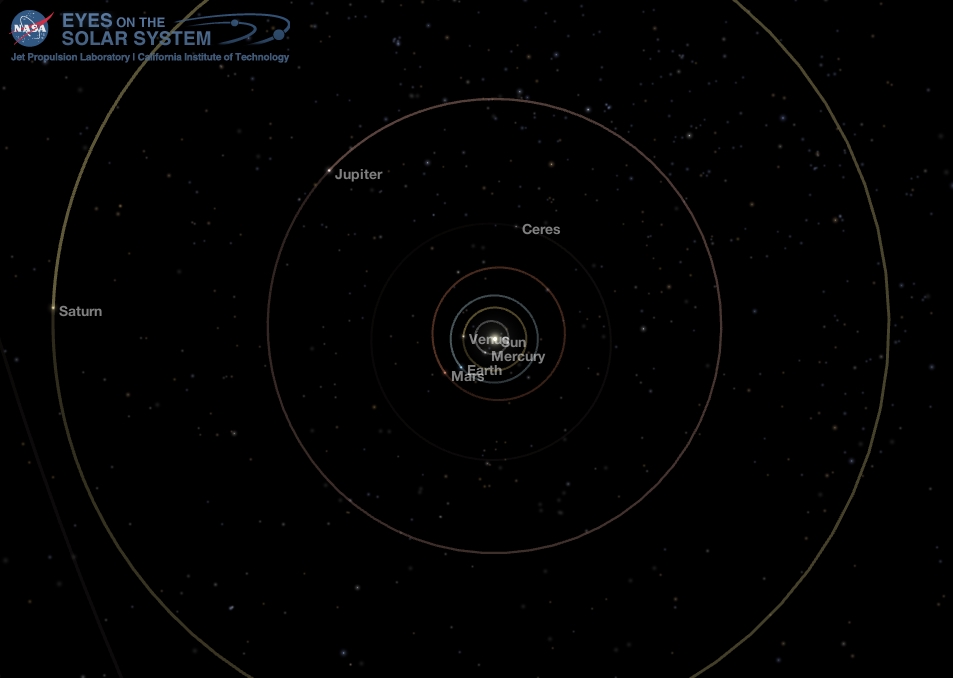 Position of the planets in the middle system, Aug 14 2018. Credit: NASA Eyes on the Solar System / Bob Trembley. 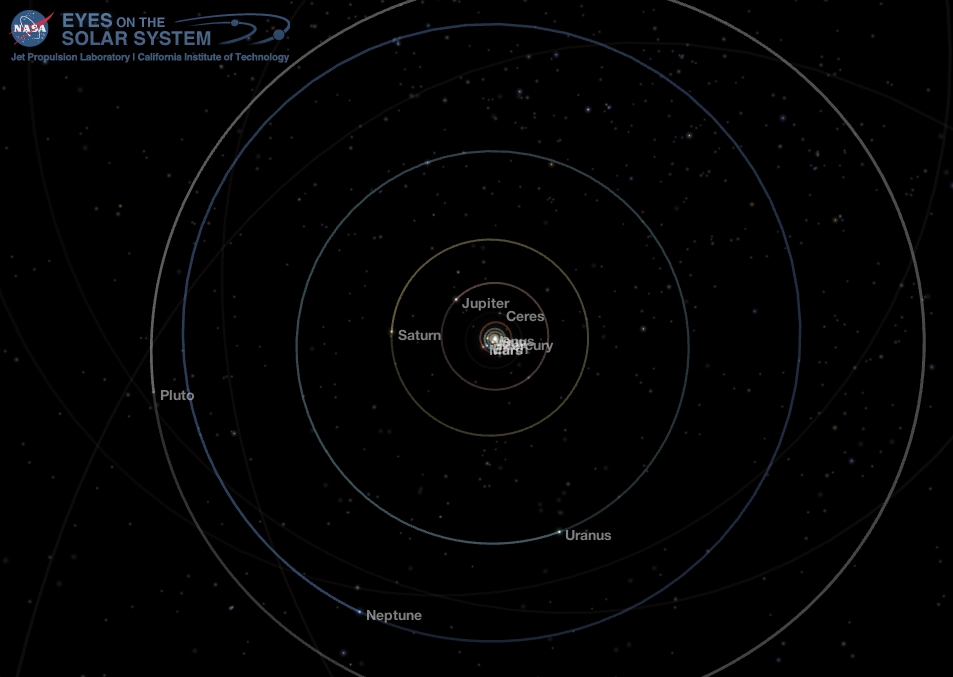 Position of the planets in the outer solar system, Aug 14 2018. Credit: NASA Eyes on the Solar System / Bob Trembley.

P.S. My cat Deimos was trying his hardest to make it difficult for me to write this post…