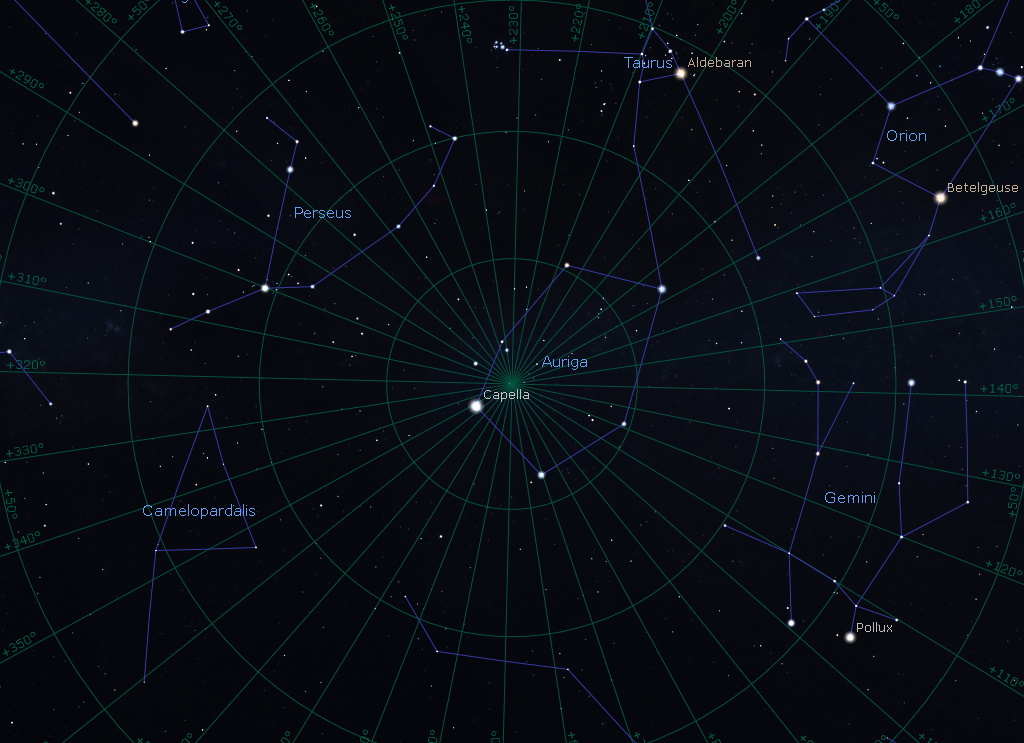 By mid-February 2020, I will be a grandparent! Thoughts of what the world might be like when my granddaughter is an adult naturally come to mind. What new things will astronomers have discovered in the cosmos? What new inventions will change society forever, again? I also have to give a thought to my granddaughter’s quality of life, and in this I have to admit to no small amount of trepidation…

Before I started writing this post, I was collecting notes about what I wanted to discuss – the list of topics grew WAY past my expectations, and needs to be an article all by itself. Many, but not all of the topics relate to pollution in its various forms: microplastics, air pollution, light/electromagnetic pollution, compromised city water systems, PFAS, space junk – the list goes on and on… Let me condense all those notes into one single question:

Do you believe humanity is acting as adequate stewards of this Earth, and has the best interests of all its various lifeforms in mind?

I know how I’d answer that question, and my family members are taking steps to reduce their carbon output, plastic use, and we have been encouraging others to do the same for years now. I want to see a shift in mindset where billionaires and multi-national organizations all compete for a prestigious annual award recognizing those who helped to restore/repair Earth’s environment! 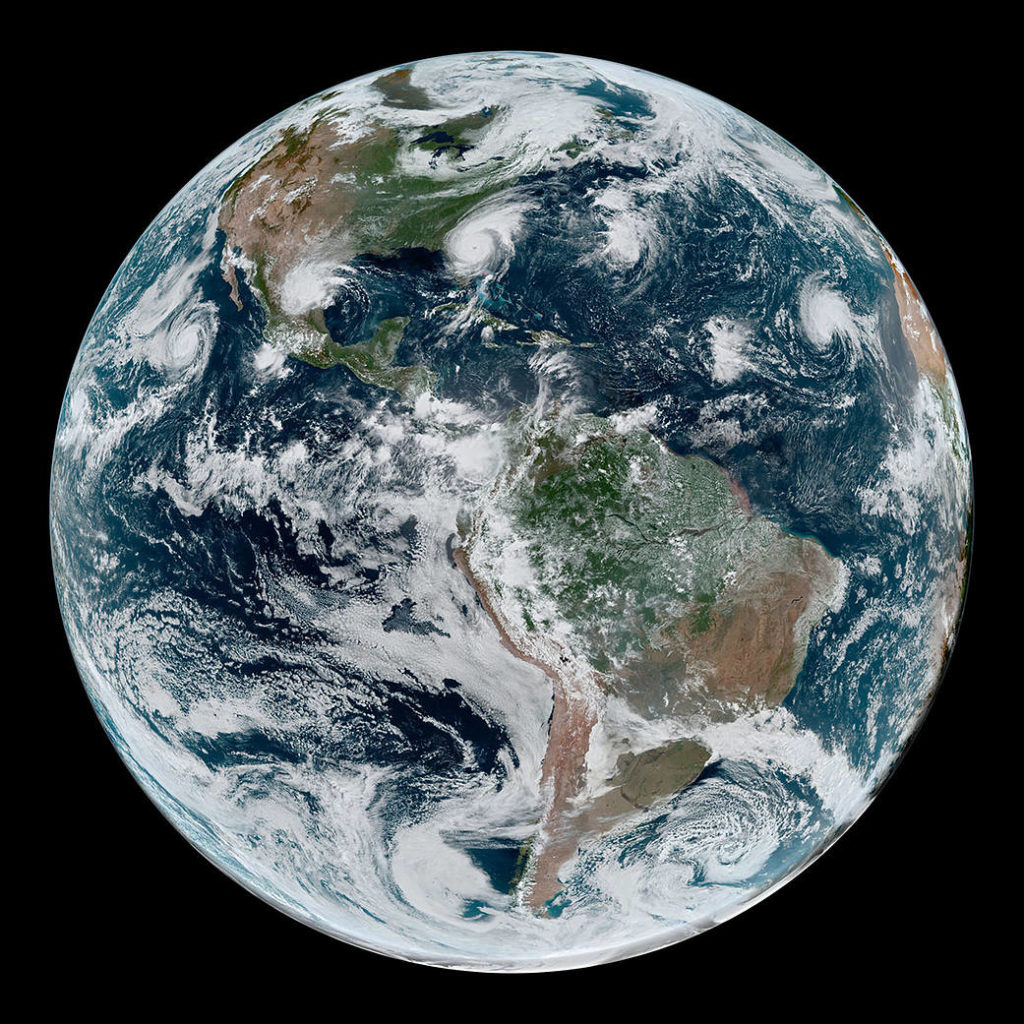 On Sept. 4, 2019, a loose chain of tropical cyclones lined up across the Western Hemisphere. At the time of this image (1:10 p.m. EDT) Hurricane Juliette in the East Pacific and Hurricane Dorian in the Atlantic were both category 2 storms. Meanwhile, Tropical Storm Fernand packed sustained winds of 45 mph and had just recently made landfall over northeastern Mexico. Gabrielle strengthened into a tropical storm on September 4 over the eastern Atlantic, and had sustained winds of 50 mph around the time of this image. Data for the simulated natural-color image were acquired with the Advanced Baseline Imager on the Geostationary Operational Environmental Satellite (GOES) 16. GOES-16 is operated by NOAA; NASA helps develop and launch the GOES series of satellites. Credit: NASA Earth Observatory/Joshua Stevens; NOAA National Environmental Satellite, Data, and Information Service. Caption: Kathryn Hansen.

The star Capella is nearly overhead shortly after 11:00 PM this week.

From Antananarivo, Madagascar, the star Rigel is nearly overhead shortly after 10:30 PM this week. 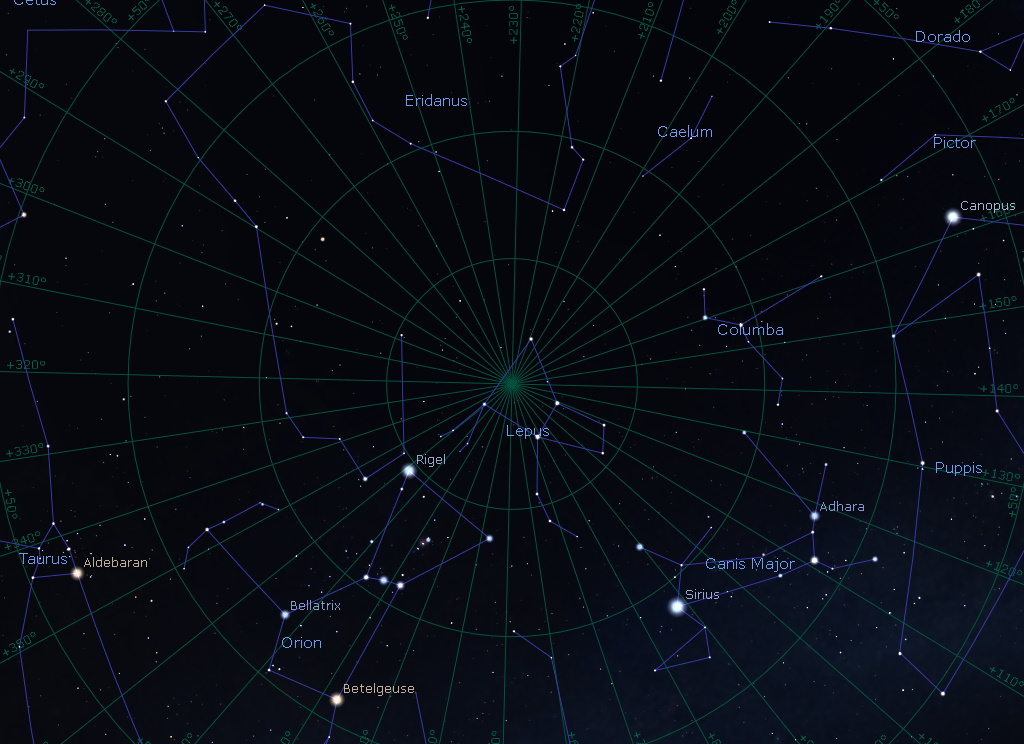 Mars continues to appear above the southeastern horizon before dawn this week. 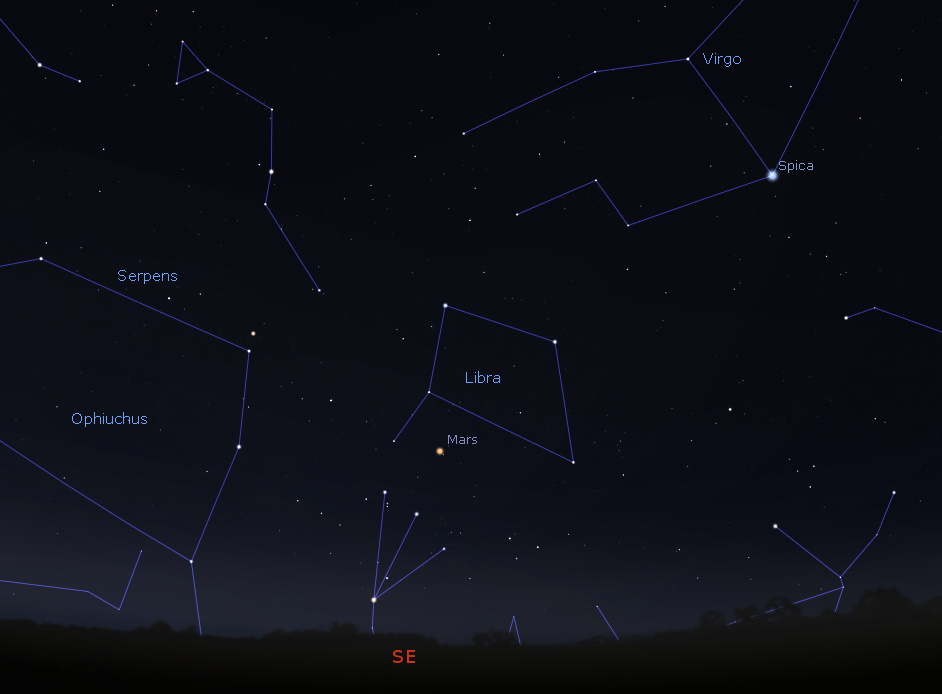 Mars above the southeastern horizon around 6:30 AM this week. Credit: Stellarium / Bob Trembley

On New Year’s Eve, the waxing crescent Moon joins Venus and the star Fomalhaut in the southwestern sky at dusk. 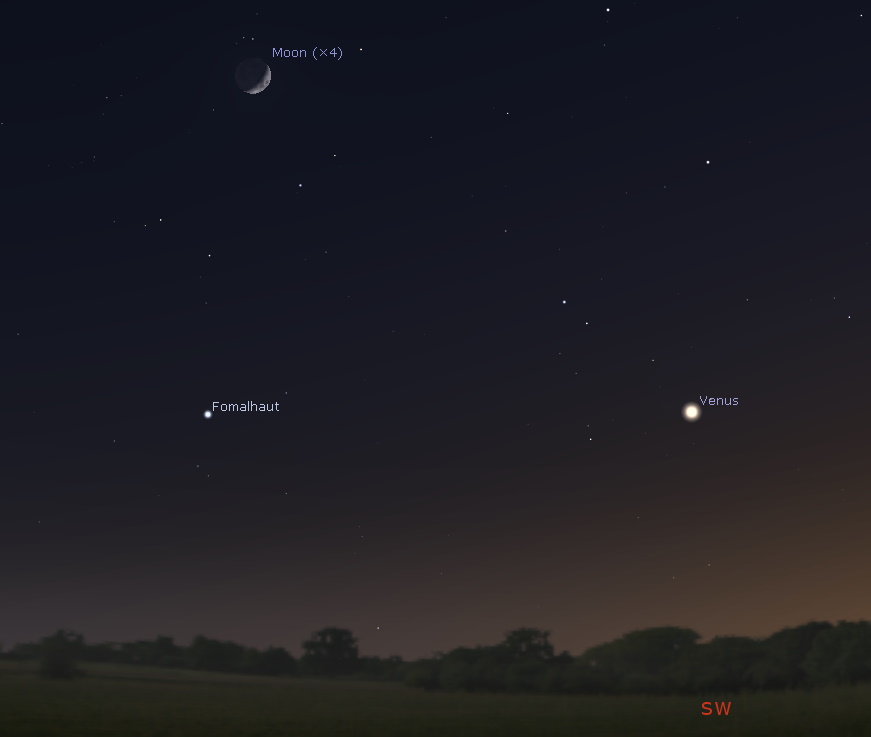 The waxing gibbous Moon appears near the star Aldebaran high in the southeastern sky at 8:00 PM on Jan. 6th. 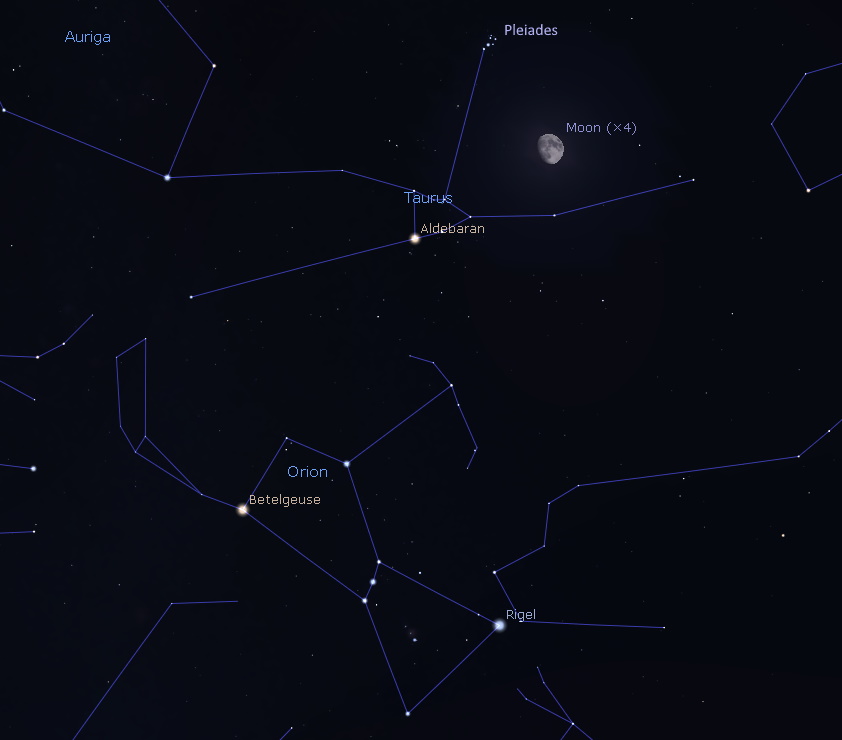 A waxing gibbous Moon appears near the star Aldebaran high in the southeastern sky at 8:00 PM on 2020-01-06. Credit: Stellarium / Bob Trembley

The first-quarter Moon occurs on Jan. 3rd,  it will be visible high in the southern sky in early evening.

After Jan. 3rd, the Moon will be a waxing gibbous, visible to the southeast in early evening, and up for most of the night.

Don’t you love the look on someone’s face when they open the perfect gift? Scientist Jamie Elsila just got a present that’s out of this world. https://t.co/NodXSwbT5t ?

The Sun has been spotless for 4 days – apparently we had a spot in middle of last week. The coronal hole at the Sun’s north pole has shrunk, while the southern hole has grown and is now enormous; a couple small coronal holes appear in the southern hemisphere.

LOTS of prominence activity over the last couple days!

Diving toward the Sun, the Parker Solar Probe caught a glimpse of a debris trail left by an asteroid boiling away from the heat… and the source of one of the year’s best meteor showers.https://t.co/lgWiPTyYKu

The University of Arizona is working to begin efforts to construct a space-based infrared telescope that could provide the capabilities @NASA needs to search for asteroids and comets that pose impact hazards to Earth. More at https://t.co/P85aiy7UDP.

Thanks for your support, Senator! Looking forward to developing the Near-Earth Object Surveyor space telescope so we can get a very good look at Earth’s nearest neighbors. https://t.co/wp4FoaELW3

A Christmas present from space – at 3:11:23 UTC a bright meteor was seen from FRIPON's Canterbury, Wimereux and Ludiver cameras – initial mass calculated by FRIPON was 1.25 kg (like a small chicken), final mass of 10 g (like a pigeon egg) so no hunting for this Christmas turkey! pic.twitter.com/hbhh76khi3

Position of the planets and a couple spacecraft in the inner solar system – the Parker Solar Probe has flown-by Venus, and is on the way to perihelion on January 29, 2020: 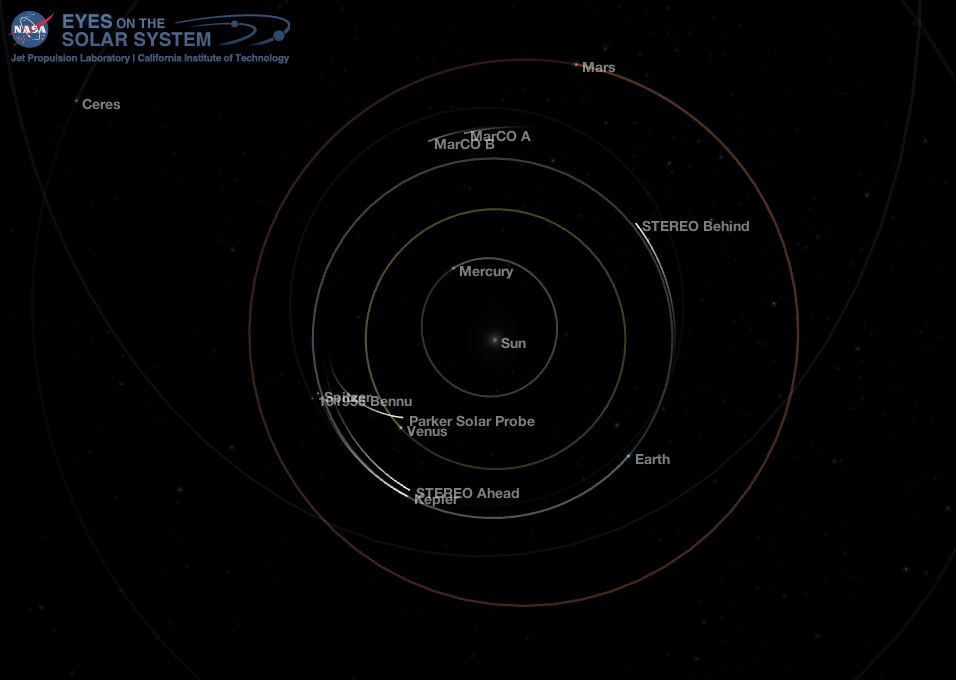 Position of the planets and a couple spacecraft in the inner solar system, 2019-12-31. Credit: NASA Eyes on the Solar System / Bob Trembley. 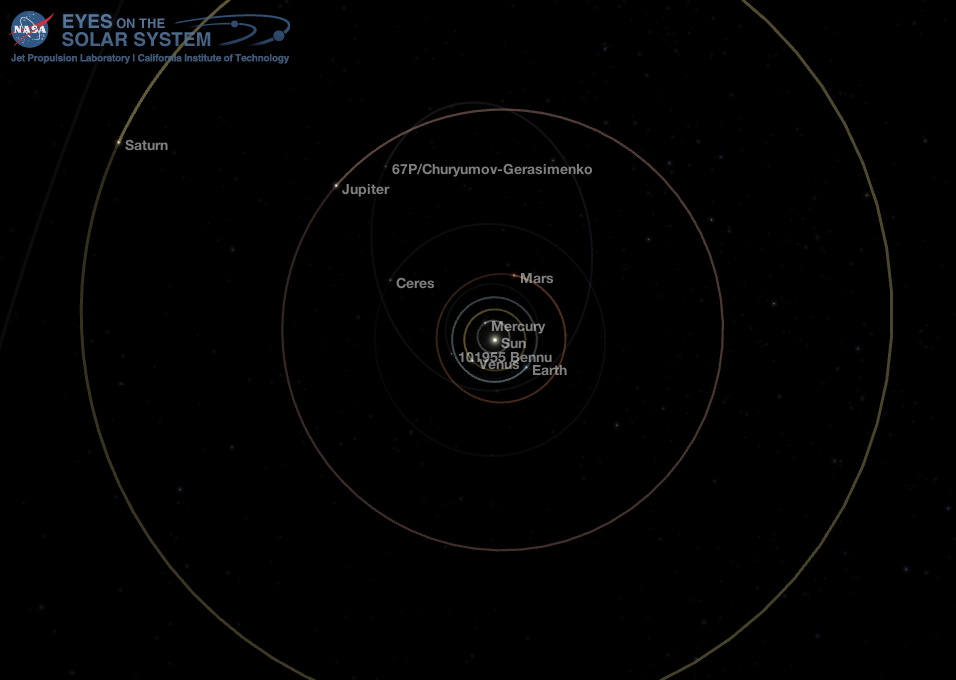 Position of the planets in the middle solar system, 2019-12-31. Credit: NASA Eyes on the Solar System / Bob Trembley.

Position of the planets in the outer solar system, the orbit of Pluto is highlighted: 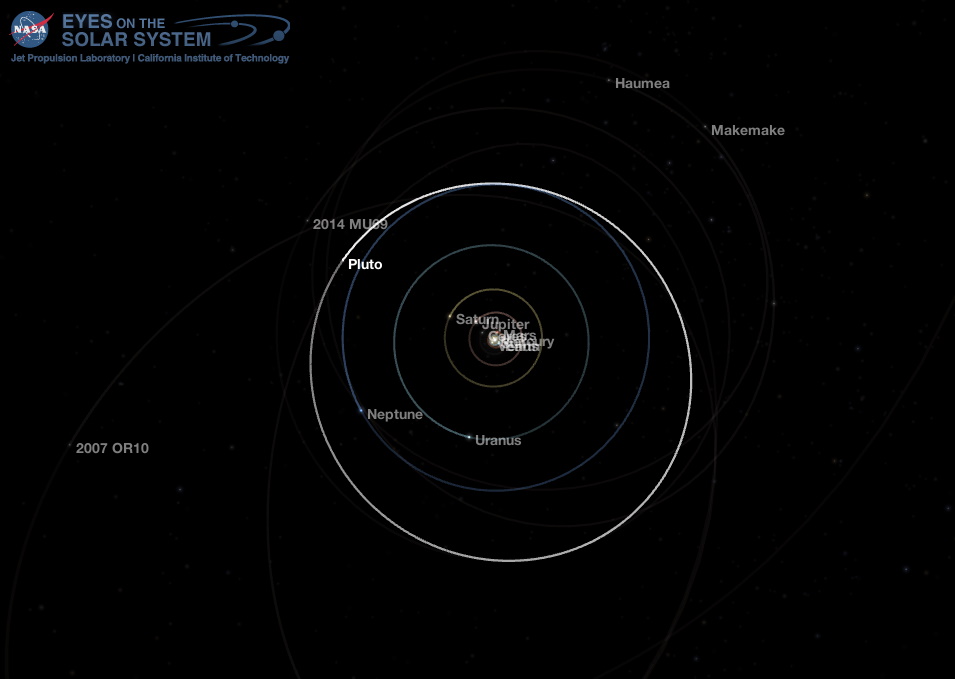 Position of the planets in the outer solar system, 2019-12-31. Credit: NASA Eyes on the Solar System / Bob Trembley.

I highlighted Pluto in the image above, but I wanted to talk about one of Pluto’s several small moons, in this case: Nix. 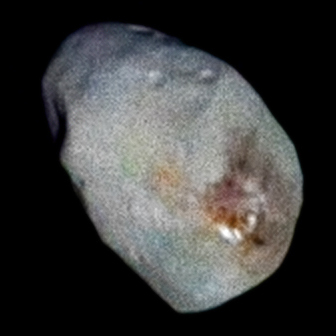 Nix is a natural satellite of Pluto, with a diameter of 49.8 km (30.9 mi) across its longest dimension. It was discovered along with Pluto’s outermost moon Hydra in June 2005 by the Pluto Companion Search Team. It was named after Nyx, the Greek goddess of the night. Nix is the third moon of Pluto by distance, orbiting between the moons Styx and Kerberos. 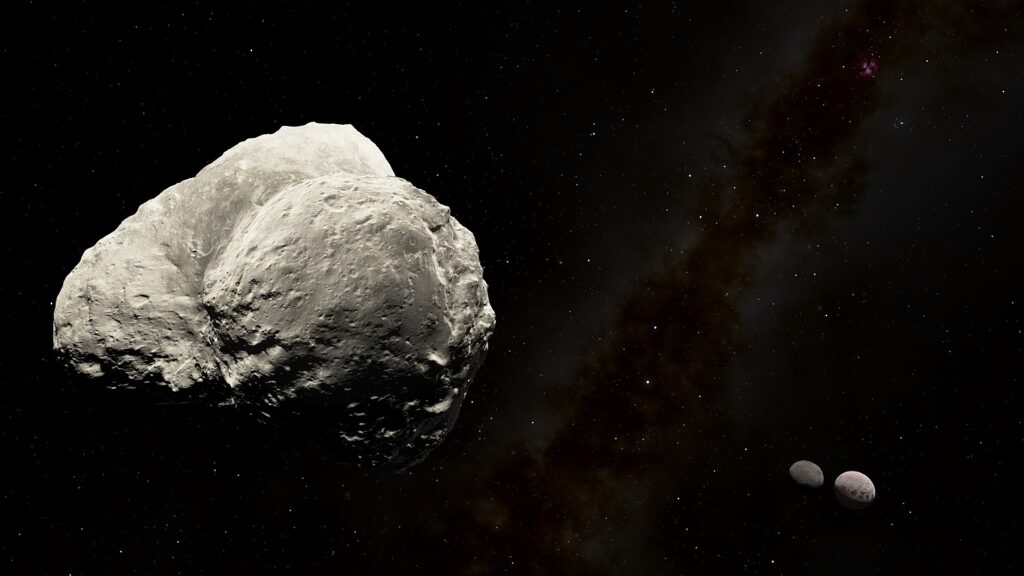 Dozens of experiments are going on at any given time aboard the @Space_Station. We're advancing our understanding of everything from robotics to combustion. ??
Here is some of what we learned this year from ground-breaking space station science: https://t.co/5Bm996kFYv pic.twitter.com/pQ0MkxK5pn

Students and professors from @NCSSM and @NCState, @Astro_Christina’s alma mater, are saying #CongratsChristina today as she sets a new record for the longest single spaceflight by a woman. pic.twitter.com/cmUtq0xhw3 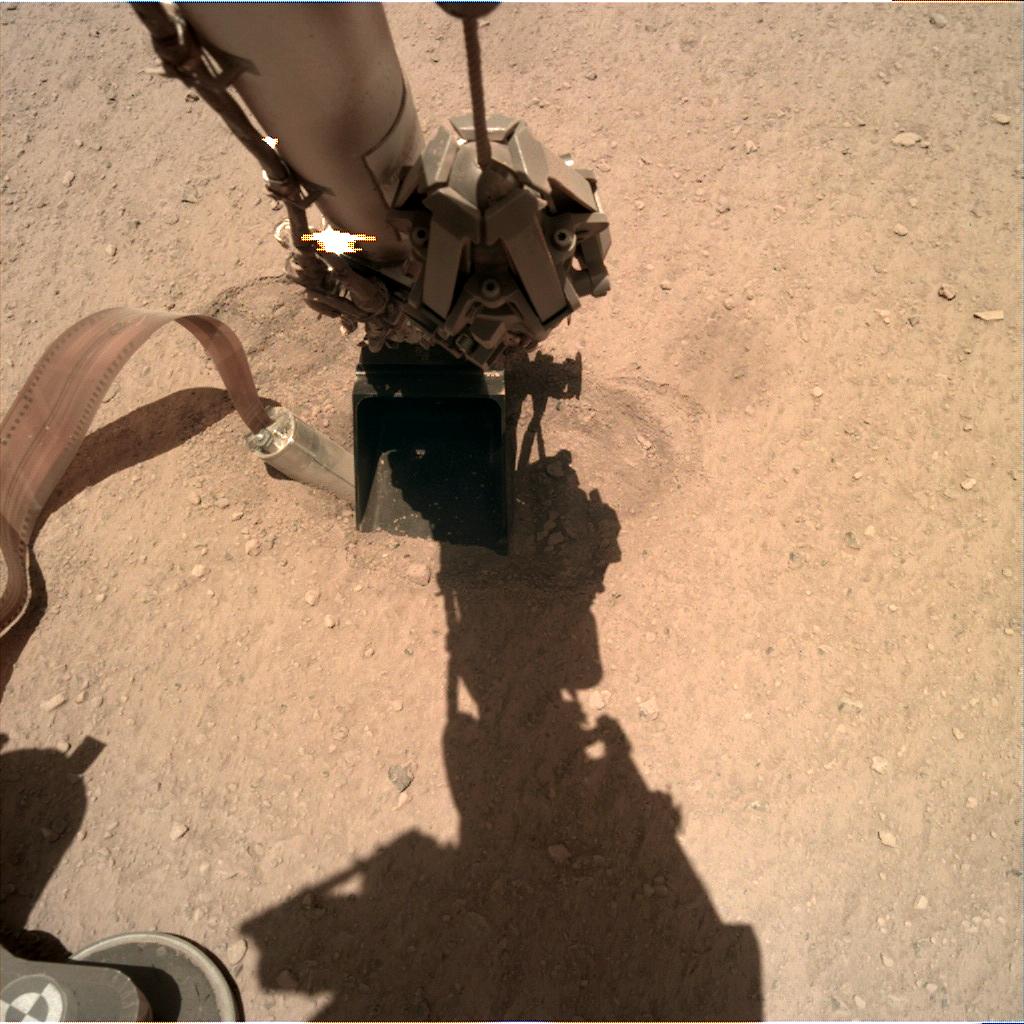