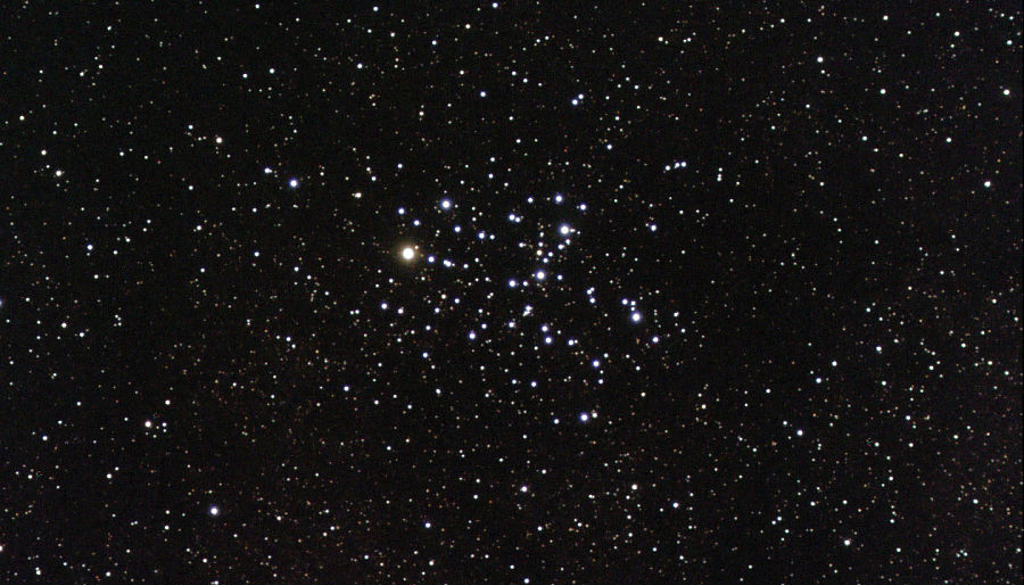 I have a lecture about the Sun that I LOVE presenting! This image from the NASA/ESA Solar Orbiter made me gasp, and my wife’s eyes bug out… so I’m showing it here in all its glory. To give you a sense of scale, the prominence reaches out more than 1.5 million kilometers into space!

This is the largest solar prominence eruption ever observed in a single image together with the full solar disc.

Jupiter has vanished from the western sky at sunset.

The Moon appears near the star Antares in the southern predawn sky on Feb. 24th.

Mercury, Venus and Mars continue to appear in the southeastern predawn sky all week; Mercury remains low above the horizon, while Venus and Mars appear a bit higher each morning.

The Moon, Mars and Venus form an in-line conjunction in the southeastern predawn sky on Feb. 27th.

Saturn makes a return to the southeastern predawn sky in early March; Saturn and Mercury appear in a very close conjunction with each other from March 1st-3rd, but they may be difficult to see in dawn’s light.

Several bright stars appear nearly overhead in the sky at 8:00 PM this week.

The Sun has four named sunspots, with a large plage regions both rotating out of view (right side) and into view (left side).

Spaceweather.com says “The long-awaited farside active region has arrived, and it’s not what we expected. AR2954 and AR2955 are just two innocent-looking sunspots, neither one apparently capable of strong flares. The pair must have decayed from a more menacing configuration last week.”

The Sun seen in 193 angstroms on February 21st.

Several coronal holes on the face of the Sun, with the south pole open wide as well. Something with wild coronal loops is rotating into view in the northern hemisphere.

The Sun seen in 304 angstroms on February 21st.

Several prominences on the Sun’s limb. A long-lived triangular “flame” prominence appears in the northern hemisphere.

Position of the planets & several spacecraft in the inner solar system on February 22nd.

Has it been a YEAR already?!

Mt wife and I will be staying at Big Bend in early April!

The Butterfly Cluster (cataloged as Messier 6 or M6, and as NGC 6405) is an open cluster of stars in the southern constellation of Scorpius. Its name derives from the vague resemblance of its shape to a butterfly. It is 3.5° to the northwest of Messier 7, both north of the tail of Scorpius.

The first astronomer to record the Butterfly Cluster’s existence was Giovanni Battista Hodierna in 1654. However, Robert Burnham Jr. has proposed that the 1st century astronomer Ptolemy may have seen it with the naked eye while observing its neighbor the Ptolemy Cluster (M7). Credit for the discovery is usually given to Jean-Philippe Loys de Chéseaux in 1746. Charles Messier observed the cluster on May 23, 1764 and added it to his Messier Catalog.

120 stars, ranging down to visual magnitude 15.1, have been identified as most likely cluster members. Most of the bright stars in this cluster are hot, blue B-type stars but the brightest member is a K-type orange giant star, BM Scorpii, which contrasts sharply with its blue neighbors in photographs. BM Scorpii, is classed as a semiregular variable star, its brightness varying from magnitude +5.5 to magnitude +7.0. There are also eight candidate chemically peculiar stars.- Wikipedia

Messier 6 is best seen in binoculars. Its apparent size is roughly the same as that of the full Moon. The cluster contains more than 300 stars. The butterfly shape appears in 7×50 or 10×50 binoculars, and more stars appear in small telescopes. The contrast between the orange BM Scorpii and other member of the cluster is quite striking.