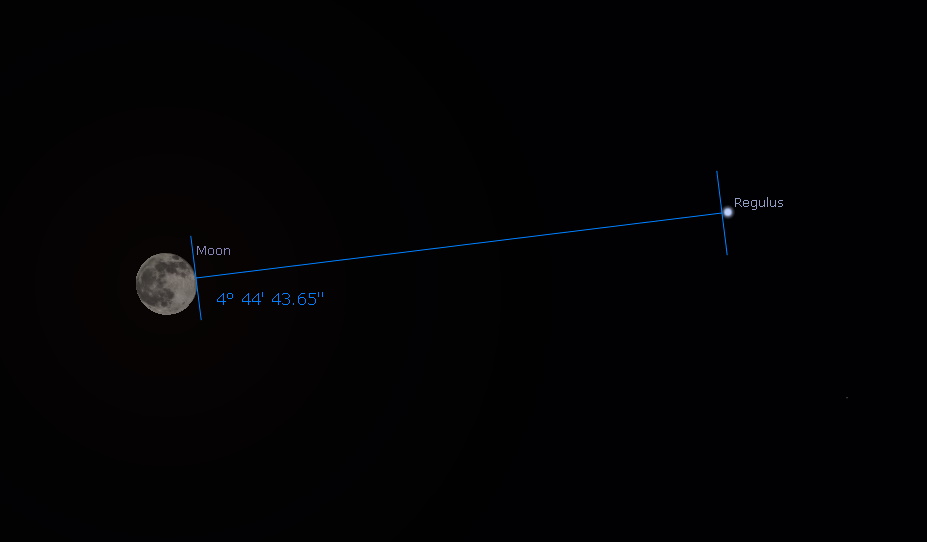 The Moon is the “star” of the sky this week, going from just past first-quarter through full, and having close encounters with several stars – this ought to make the Moon a great observing target all week!

Conjunction of the Moon and the star Regulus high in the southeastern sky at midnight on Feb. 10. Credit: Stellarium / Bob Trembley.

Saturn makes a return to the eastern morning sky, joining Jupiter and Mars – Saturn is a bit low on the horizon, and may be lost in the glare of the Sun for several weeks. 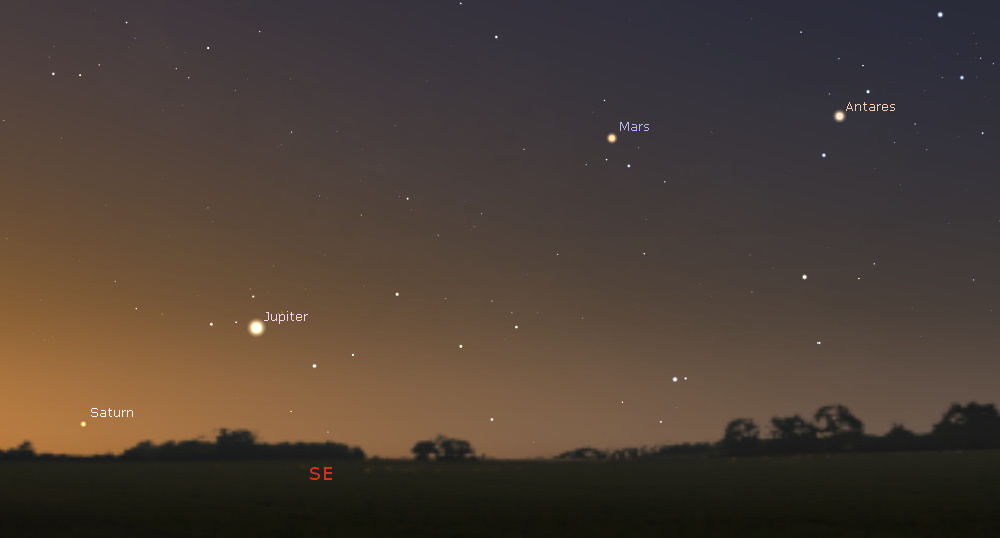 Saturn returns very low on the horizon! Jupiter is low and Mars high above the southeastern horizon at dawn this week. Credit: Stellarium / Bob Trembley.

Messier 22 or M22, also known as NGC 6656, is an elliptical globular cluster of stars in the constellation Sagittarius, near the Galactic bulge region. It is one of the brightest globulars that is visible in the night sky. The brightest stars are 11th magnitude, with hundreds of stars bright enough to resolve with an 8″ telescope. M22 is located just south of the Ecliptic, and northwest of Lambda Sagittarii (Kaus Borealis), the northernmost star of the “Teapot” asterism.

M22 was one of the first globulars to be discovered, on August 26, 1665 by Abraham Ihle and it was included in Charles Messier’s catalog of comet-like objects on June 5, 1764. It was one of the first globular clusters to be carefully studied first by Harlow Shapley in 1930. He discovered roughly 70,000 stars and found it had a dense core. Then Halton Arp and William G. Melbourne continued studies in 1959. Because of the large color spread of its red giant branch (RGB) sequence, which is similar to that observed in Omega Centauri, it became the object of intense scrutiny starting in 1977 with James E. Hesser et al.

M22 is one of the nearer globular clusters to Earth at a distance of about 10,600 light-years away. It spans 32′ on the sky which translates to a spatial diameter of 99 ± 9 light-years. 32 variable stars have been recorded in M22. It is projected in front of the galactic bulge and is therefore useful for its microlensing effect on the background stars in the bulge. – Wikipedia 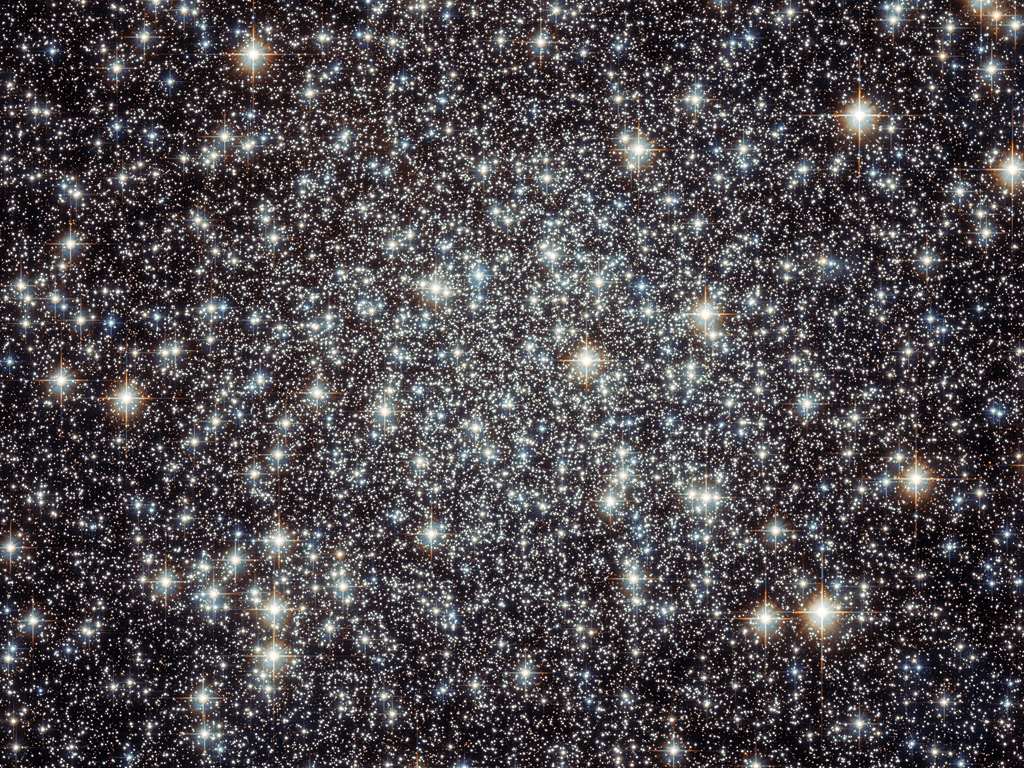 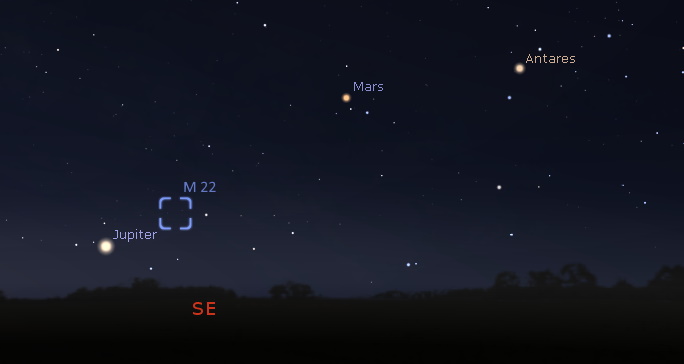 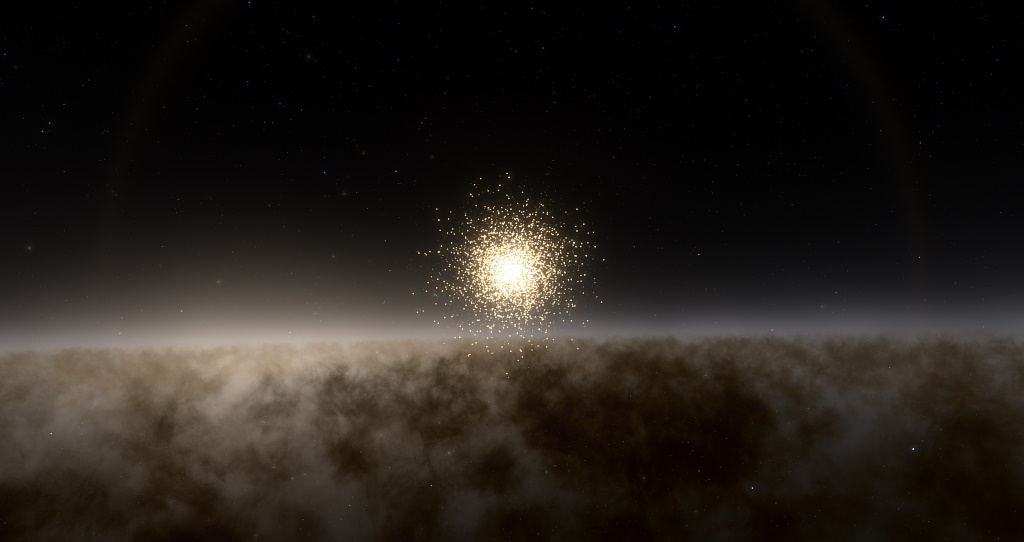 Artist’s conception of M22 seen from above the plane of the Milky Way. Credit: SpaceEngine / Bob Trembley

The full Moon occurs on Sunday Feb. 9, rising at sunset, visible high in the sky around midnight, and up all night.

After Feb. 9 the Moon will be a waning gibbous, rising after sunset, visible high in the sky after midnight, and visible to the southwest after sunrise.

The Moon from 2020-02-04 – 2020-02-10. Visualizations by Ernie Wright / NASA’s Scientific Visualization Studio.
Click this image to go to the NASA 2020 Moon Phase and Libration site. Click the image of the Moon on that site to download a high-rez image of the current Moon phase with the names of craters and other features shown – many along the terminator.

The Sun has been spot-free for 1 day. 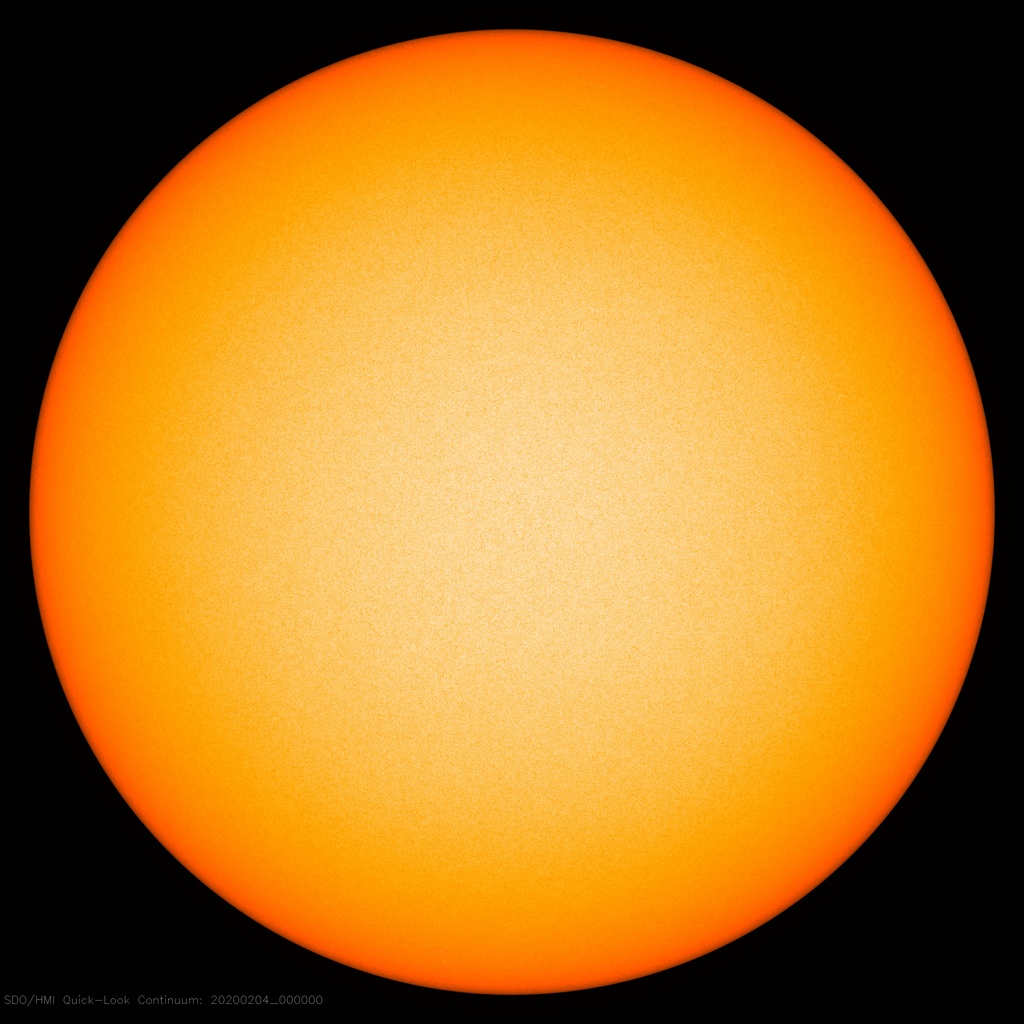 Colored HMI Intensitygram of the Sun from 2020-02-04. Image courtesy of NASA/SDO and the AIA, EVE, and HMI science teams.

The northern coronal hole remains diminished… but that southern hole has gone from huge to ginormous!

More awesome prominences on the Sun’s limb over the last several days! Loops and hedgerows galore!

Sun News: Most Detailed Images of Granules on the Sun’s Photosphere