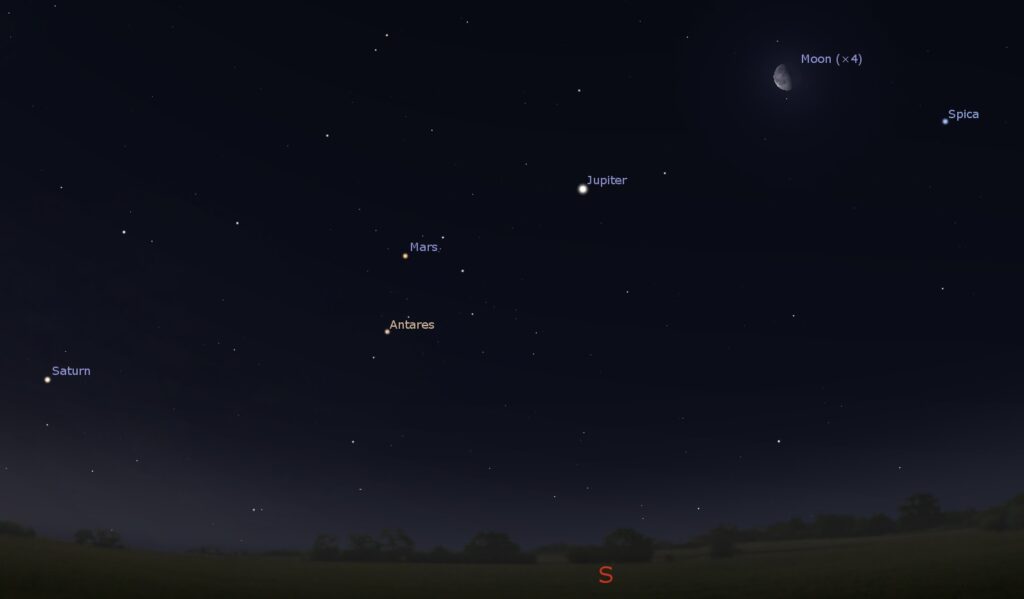 Saturn, Mars, Jupiter, and the bright stars Antares and Spica all adorn the southern predawn sky. The Moon will be joining the party for the next several days – appearing near Jupiter on the 7th, between Jupiter and Mars on the 8th, and close to Mars on the 9th.

This same region of the sky looks very different when viewed from the southern hemisphere; the image below is seen from the perspective of the Perth Observatory in Australia. 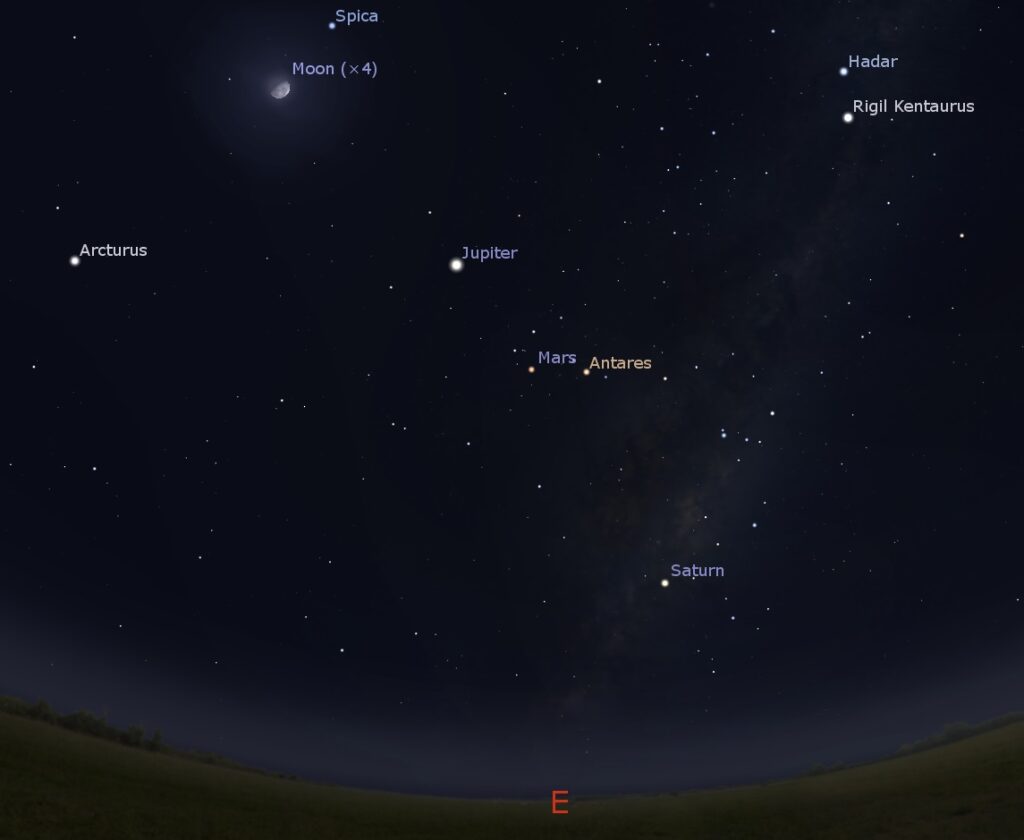 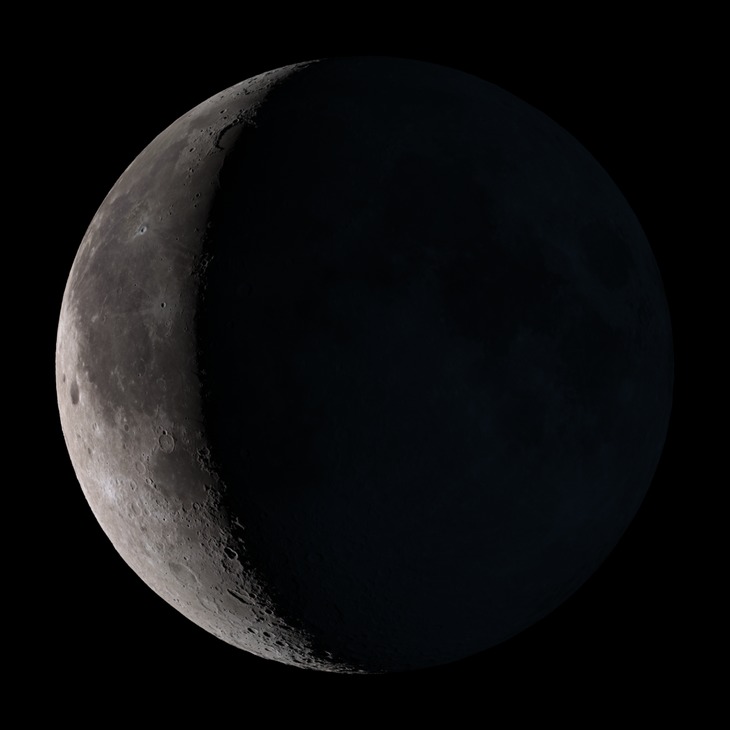 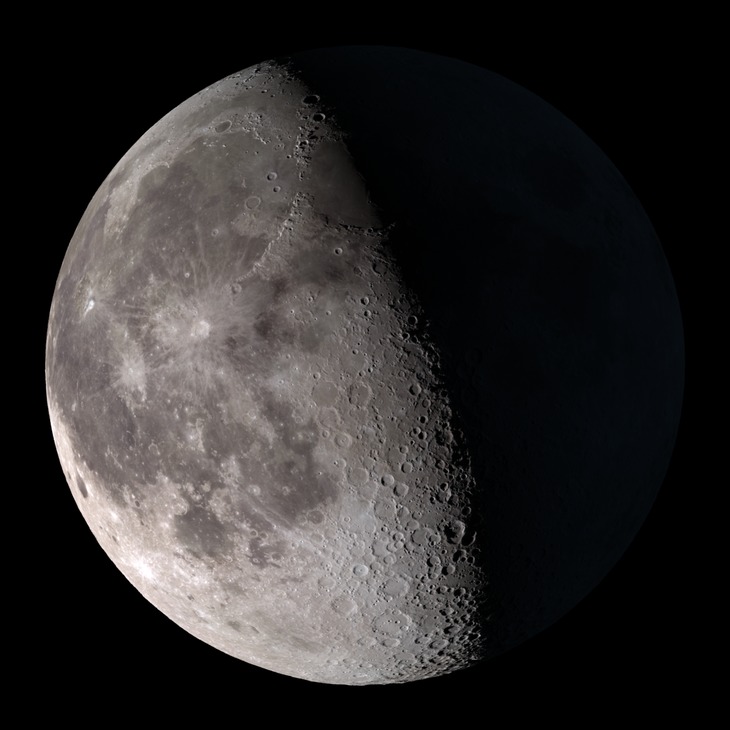 The Moon is a waning gibbous and will be at third quarter on the 7th. The Moon rises around midnight, and sets around noon.

This weekend the Moon will be a waning crescent, rising a few hours before dawn, and setting in the afternoon.

The Sun has a spot! A rather large and enthusiastic spot – which is a surprise since the sunspot cycle is heading towards solar minimum. The composite image below shows a close-up of sunspot AR2699 with very active coronal loops. 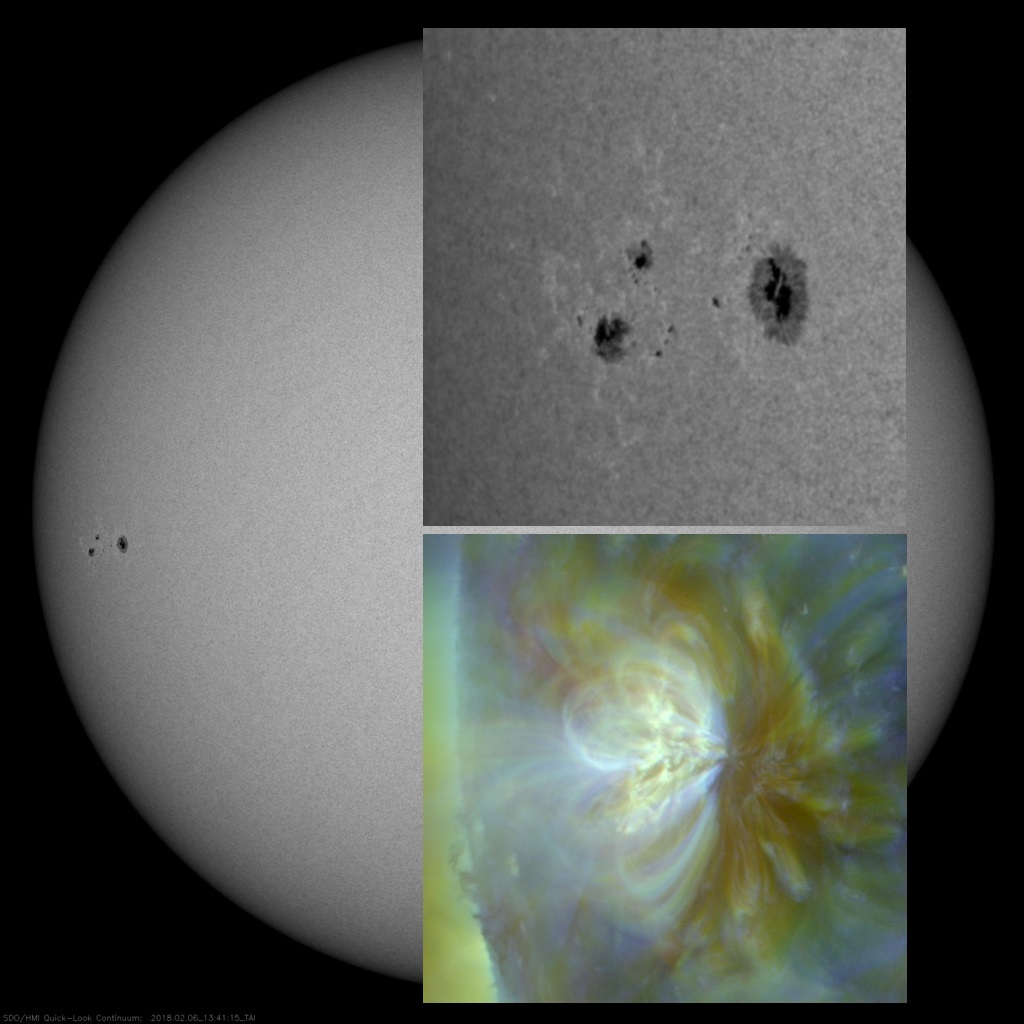 The Sun Feb 6 2018 – with a very active sunspot. Image courtesy of NASA/SDO and the AIA, EVE, and HMI science teams / edited by Bob Trembley.

SpaceWeather.com says: “AR2699 has a primary dark core larger than Earth with many smaller magnetic condensations trailing behind it, in all stretching more than 75,000 km across the sun’s surface. Rare “solar minimum sunspots” are capable of intense explosions just like sunspots during more active phases of the solar cycle. At the moment AR2699 is crackling with minor B- and C-class solar flares, notable only because of the sun’s recent tomb-like silence.”

There continues to be large coronal holes at both of the Sun’s poles. The coronal activity of AR2699 can be see on the left of the image below. SpaceWeather.com says: “Solar wind spilling down from this northern coronal hole is brushing against Earth’s magnetic field today.” The solar wind speed is 427 km/sec, with a density of 6.0 protons/cm3. 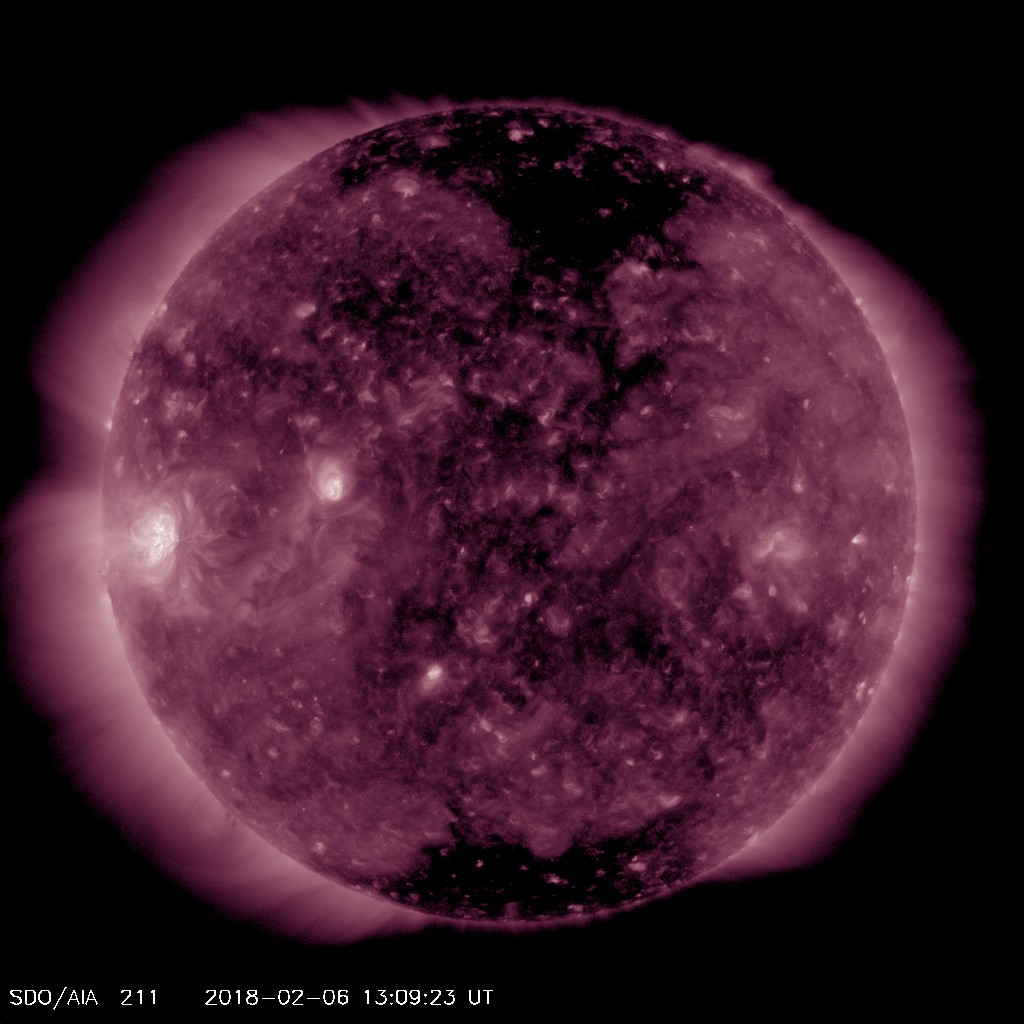 There will be a partial eclipse of the Sun on February 15th, but you will have to be in Antarctica or South America to see it.

Position of the planets in the solar system, Feb. 6, 2018. Mercury and Venus are behind the Sun from the perspective of the Earth. Credit: NASA Eyes on the Solar System / Bob Trembley.

Alternate view of the position of the planets in the solar system, Feb. 6, 2018, showing Mars and Jupiter. Credit: NASA Eyes on the Solar System / Bob Trembley.