We’re running a membership drive this month – our goal is 150 new members. Please subscribe and help support this website and VOF education and outreach programs.

Mars appears near the star Antares in the southeastern horizon before dawn this week; a waning crescent Moon joins them on January 20th. 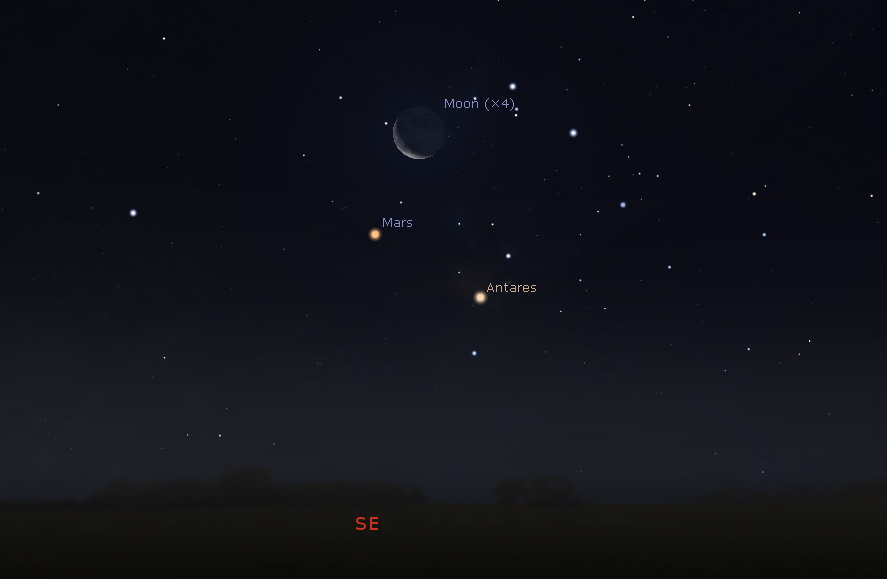 The Moon appears near Mars and the star Antares in the southeastern sky before sunrise on Jan. 20th. Credit: Stellarium / Bob Trembley.

Venus appears high and bright above the southwestern horizon at dusk this week. 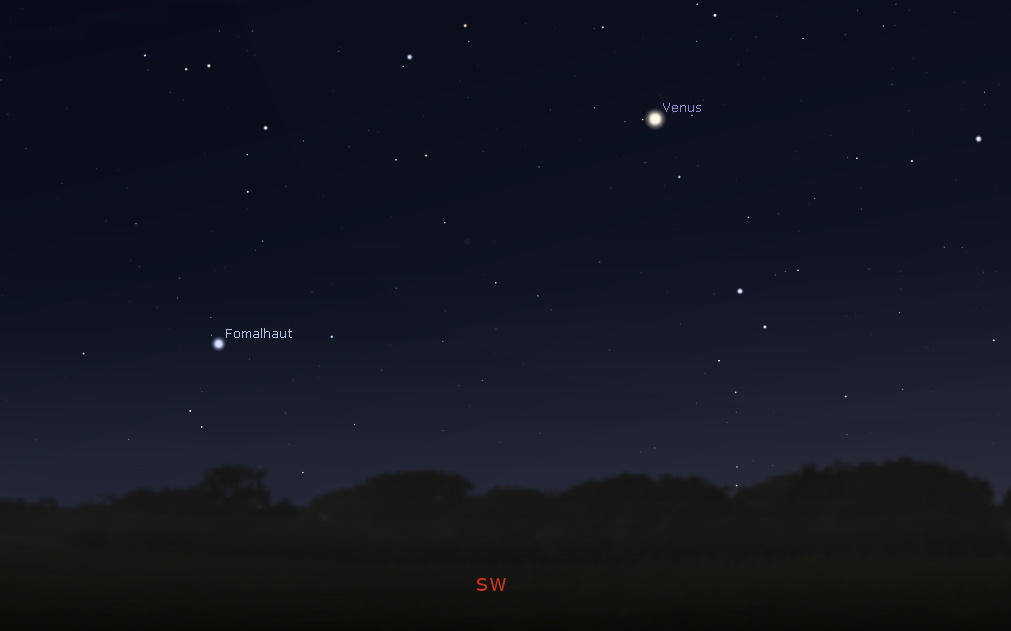 The third quarter moon occurs on January 17th, rising around midnight, and visible to the south after sunrise.

After January 17th, the Moon will be a waning crescent, visible low to the east before sunrise.

Impact craters come in many sizes. In this image, the crater on the top left, called Milichius A, is 5.6 miles (9 km) across. You can also see plenty of craters just a few yards wide. #MoonCrushMonday #MCM https://t.co/iGk1h5mGyQ pic.twitter.com/pgNA7qaYWN

The descent stage of the #Apollo10 LM "Snoopy" may still be orbiting the moon today. That's what a randomized trial of 50 simulations of the initial stage orbit suggest. All 50 remained in orbit after 10 years… pic.twitter.com/8qT5RUixX5

Light prominence activity over the last couple days – except for that large prominence in the upper right side of the video below:

Researchers used NASA supercomputers to model how Sun-like star Kappa Ceti could erupt in a gigantic superflare — one as powerful as our Sun’s famous 1859 Carrington superstorm. More from @NASA_NCCS: https://t.co/44VVqa9ecv pic.twitter.com/4mGQ8gDNw2

Meet Lucy, currently in development. The Lucy spacecraft will travel to the Trojan asteroids, near Jupiter.

Check out this amazing photo of the first meteor shower of the decade courtesy of @NASA astronaut @Astro_Christina. https://t.co/cXKXpuyz9n pic.twitter.com/qgSI5LAUbE 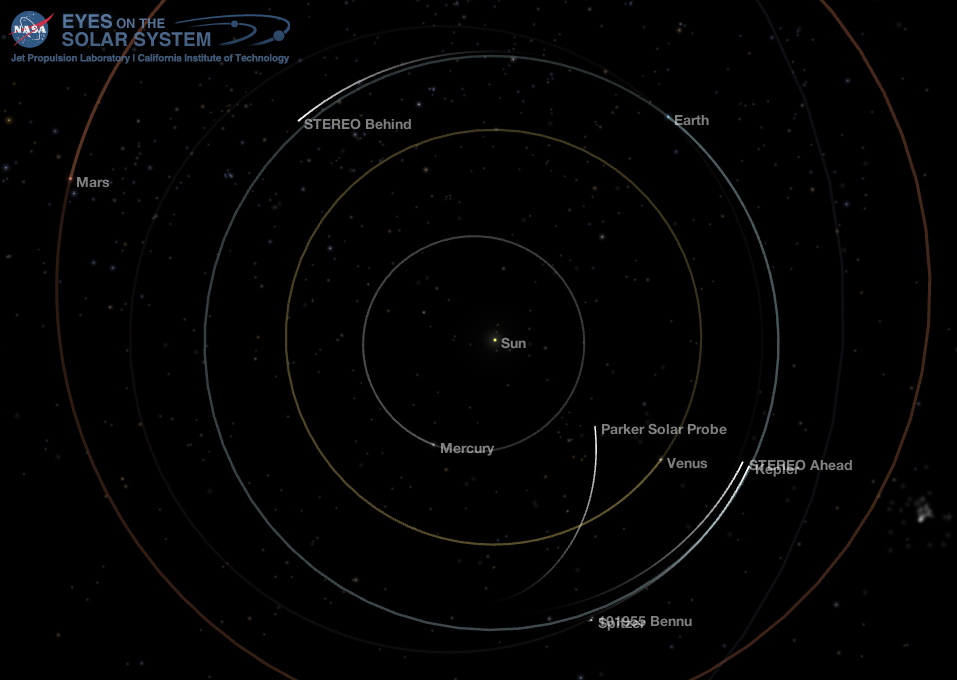 Position of the planets and a couple spacecraft in the inner solar system, 2020-01-14. Credit: NASA Eyes on the Solar System / Bob Trembley. 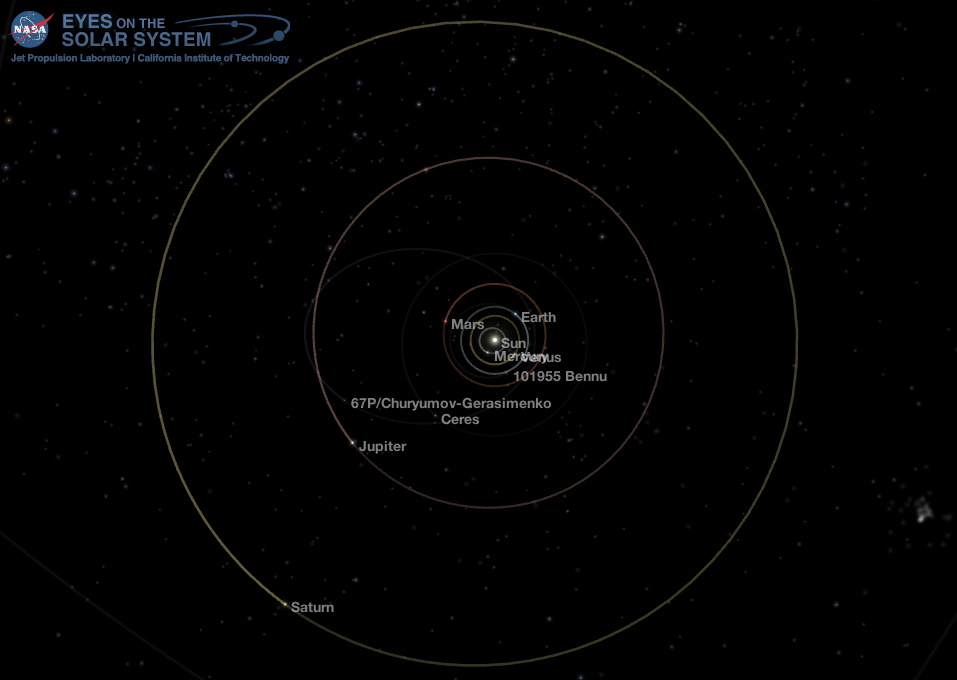 Position of the planets in the middle solar system, 2020-01-14. Credit: NASA Eyes on the Solar System / Bob Trembley.

Position of the planets in the outer solar system – the orbit of transneptunian object (38083) Rhadamanthus is highlighted: 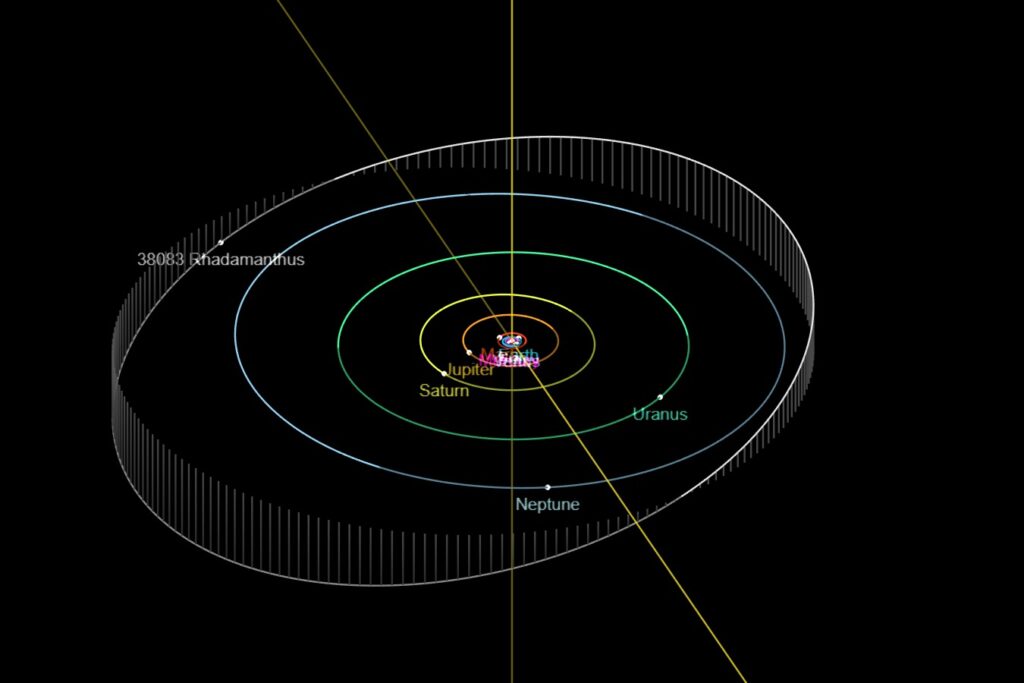 38083 Rhadamanthus is a trans-Neptunian object (TNO). It was discovered in 1999 by the Deep Ecliptic Survey. It was originally thought to be a plutino but no longer is.

Rhadamanthus was discovered on 17 April 1999 by the Deep Ecliptic Survey.

Rhadamanthus is named after the Greek mythological figure. The name was announced in the circular of the Minor Planet Center of 24 July 2002, which stated “Rhadamanthus was a son of Zeus and Europa. Because of his just and upright life, after death he was appointed a judge of the dead and the ruler of Elysium, a blissfully beautiful area of the Underworld where those favored by the gods spent their life after death. The name was suggested by E. K. Elliot. – Wikipedia

My first rehearsal for sample collection is in April. I’ll practice leaving orbit, maneuvering to a checkpoint 420 ft (125 m) above Nightingale, and returning to orbit. In the second rehearsal I’ll fly even closer to Nightingale, hovering just 164 ft (50) m above Bennu’s surface. pic.twitter.com/MwO6YR27dF

.@Astro_Christina and @Astro_Jessica are getting ready for Wednesday's spacewalk as the rest of the crew works a variety of @ISS_Research today. Read more… https://t.co/Q6EREcFnzy pic.twitter.com/PCWvksv3Pe

The final speaker of the #AAS235 @NASA_TESS splinter session is Eliza Kempton. She highlighted how many of the exoplanets being discovered by TESS are prime targets for @NASAWebb – JWST can be used to reveal the properties of the atmospheres of exoplanets! pic.twitter.com/e3r199OeWn

Man! I have GOT to attend some of these conferences!

Soon to arrive on your doorstep — yes, it’s been 30 years now for the great Hubble Space Telescope. Read all about it! pic.twitter.com/NWHkMuQE37