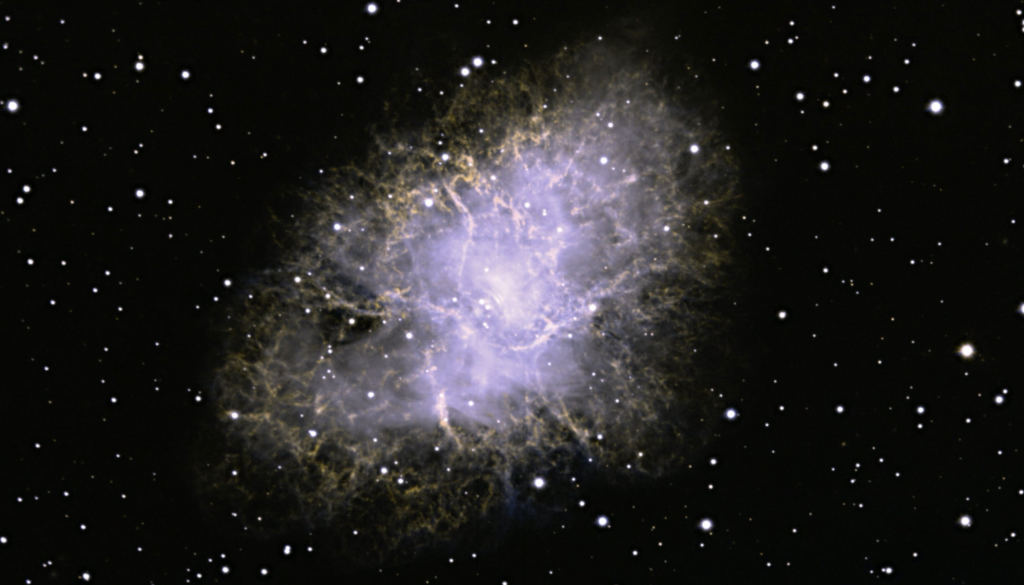 Charles Messier (1730-1817) was a French astronomer and comet hunter; several objects in the sky looked somewhat like comets, but did not move against the background of stars. Running into these objects repeatedly as he scanned the skies for comets became frustrating, so he created a catalog of 110 of these objects – the first version was published in 1774.

The Astronomical League has a Messier object observing program – I’ve seen several of these objects with binoculars or a telescope, but I’ve not seen all of them yet. I’ve been planning to show students in my after-school astronomy club star clusters, and there just happen to be several in the Messier catalog – so it makes sense to cover this with them too.

I’ve always found multifrequency imagery fascinating; there’s a LOT more to the cosmos than mere human eyes can perceive! So I’ve decided to cover the Messier objects in my Universe section (below), and show the objects in multiple frequencies where I can. I’ve also recently started playing with the Worldwide Telescope (WWT) web app, which lets you copy links to whatever celestial object you are viewing – I’ll be providing WWT links to objects I’m writing about.

And now for something completely different:

Jupiter and Saturn appear in the southwestern sky after sunset this week; Saturn will vanish into the glare of the Sun in a few mornings.

Venus, Mars and the star Antares appear low above the southeastern horizon before sunrise all week.

The Moon appears between the stars Regulus and Pollux in the western predawn sky on Jan. 18th & 19th.

The Moon appears near the star Regulus in the western predawn sky on Jan. 20th.

The Moon appears near the star Spica high in the south-southwestern predawn sky on Jan. 24th.

Have you ever seen the Moon's libration?

The Sun has seven named sunspots! A couple plages are rotating into view (left side).

Spaceweather.com says “Sunspot AR2929 has a ‘beta-gamma’ magnetic field that harbors energy for M-class solar flares.” And “As predicted, a CME brushed Earth’s magnetic field during the late hours of Jan. 17th. The glancing blow sparked a minor G1-class geomagnetic storm. The CME was hurled into space on Jan. 14th by a C4-class solar flare (sunspot AR2925). Storm conditions are subsiding now and should continue to wane throughout Jan. 18th.”

Lots of coronal loop activity associated with active regions – something active is rotating into view (lower left). The north pole coronal hole has all but vanished – the one at the south pole is open, with a tendril stretching towards the equator.

Not as many large prominences as I would expect with the number of active regions, but you can sure see a lot of flares over the last couple days!

The SOLARACTIVITY PICTURE OF THE DAY for January 18, 2022 goes out to Gary Palmer for this incredibly detailed 12 panel mosaic.

Gary commented: “12 Panel mosaic of the Sun today. Lots of activity. It was captured with the new Player One Apollo M Max camera. 2000 frames captured for each panel with 250 stacked. The camera is really fast running over 100fps in 16bit mode. What was unusual was a new product turning up and the sky was clear.
Lunt 80mm with a Daystar Quark
Player One Apollo M Max camera
Skywatcher EQ6 AZ-GT
Sharpcap 4 pro.”

NASA is looking for coders!

It disgusts me when I see major media outlets show images of asteroids RIGHT ON TOP of the Earth, for articles where the asteroid is actually passing millions of kilometers away… But hey, headlines and ratings….

Position of the planets & several spacecraft in the inner solar system on January 18th:

Oblique view of the planets in the outer solar system:

132 motors on Webb’s primary & secondary mirrors moved for the first time in space!

We’re starting 2022 with 19 new planets, including two with media releases: the longest-period TESS planet found to date, and a new Kepler planet that may have its own moon!

Discovered by citizen scientists, TOI-2180 b is a TESS giant with a 261-day orbit. Learn more in this NASA web feature, the media release by the University California, Riverside, and the discovery paper.

OOOH Man! My wife an I LOVED seeing these types of aurora doming overhead when we were up at Michigan Tech!

In 1054, Chinese astronomers took notice of a “guest star” that was, for nearly a month, visible in the daytime sky. The “guest star” they observed was actually a supernova explosion, which gave rise to the Crab Nebula, a six-light-year-wide remnant of the violent event.

With an apparent magnitude of 8.4 and located 6,500 light-years from Earth in the constellation Taurus, the Crab Nebula can be spotted with a small telescope and is best observed in January. The nebula was discovered by English astronomer John Bevis in 1731, and later observed by Charles Messier who mistook it for Halley’s Comet. Messier’s observation of the nebula inspired him to create a catalog of celestial objects that might be mistaken for comets.

This large mosaic of the Crab Nebula was assembled from 24 individual exposures captured by Hubble over three months. The colors in this image do not match exactly what we would see with our eyes but yield insight into the composition of this spectacular stellar corpse. The orange filaments are the tattered remains of the star and consist mostly of hydrogen. The blue in the filaments in the outer part of the nebula represents neutral oxygen. Green is singly ionized sulfur, and red indicates doubly ionized oxygen. These elements were expelled during the supernova explosion.

A rapidly spinning neutron star (the ultra-dense core of the exploded star) is embedded in the center of the Crab Nebula. Electrons whirling at nearly the speed of light around the star’s magnetic field lines produce the eerie blue light in the interior of the nebula. The neutron star, like a lighthouse, ejects twin beams of radiation that make it appear to pulse 30 times per second as it rotates. – NASA

This composite image uses data from three of NASA’s Great Observatories. The Chandra X-ray image is shown in light blue, the Hubble Space Telescope optical images are in green and dark blue, and the Spitzer Space Telescope’s infrared image is in red. The size of the X-ray image is smaller than the others because ultrahigh-energy X-ray emitting electrons radiate away their energy more quickly than the lower-energy electrons emitting optical and infrared light. The neutron star, which has the mass equivalent to the sun crammed into a rapidly spinning ball of neutrons twelve miles across, is the bright white dot in the center of the image. – NASA