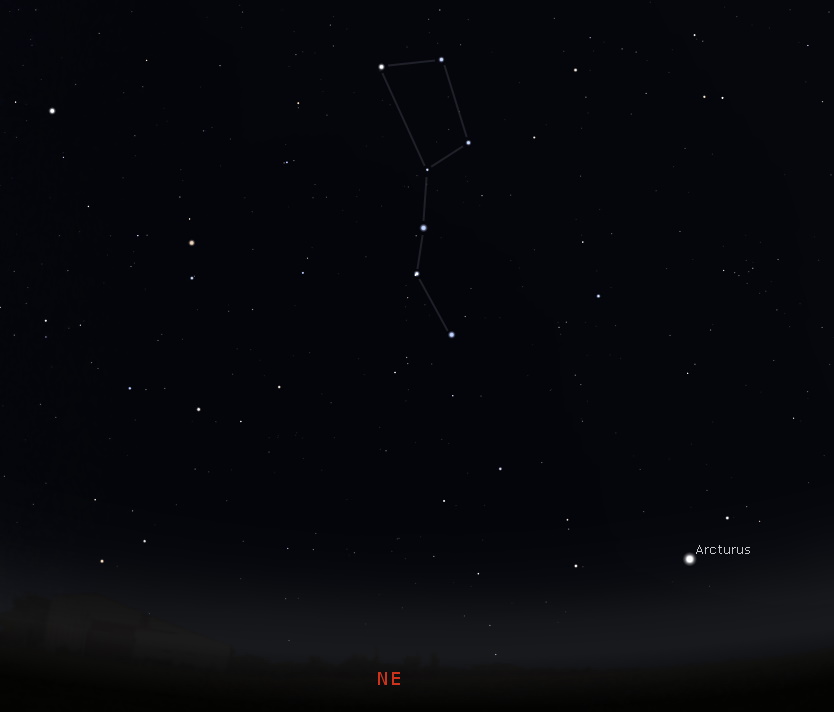 The handle of the “Big Dipper” asterism points nearly straight down toward the northeastern horizon at midnight this week.

The handle of the “Big Dipper” points down in the northeastern sky at midnight. Credit: Stellarium / Bob Trembley.

The waxing crescent Moon appears near at dusk on Jan 29th & 30th.

The Moon appears near the star Aldebaran at dusk on the evenings of February 2nd-4th.

Jupiter appears low and Mars appears high above the southeastern horizon at dawn this week. 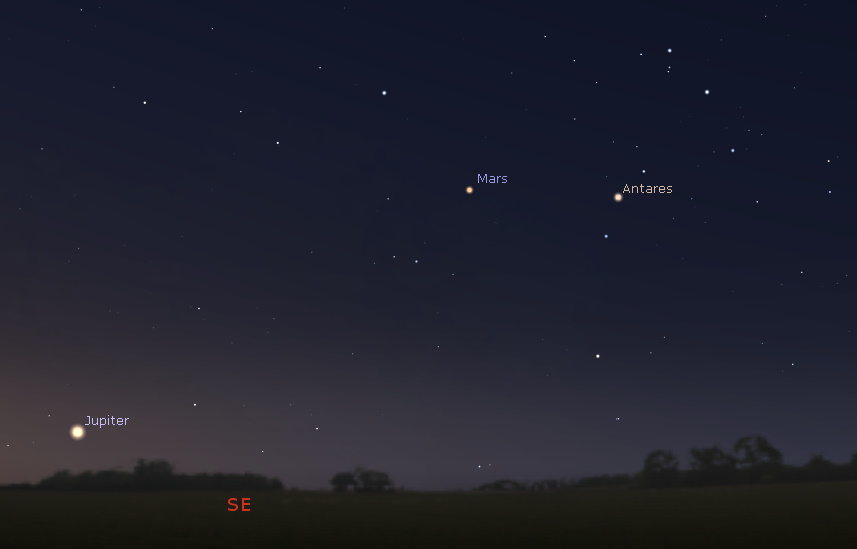 There is actually no cluster in the position indicated by Messier, which he expressed in terms of its right ascension and declination with respect to the star 2 Puppis. However, if the signs of Messier’s coordinate differences are changed, the position matches that of NGC 2422. Until the equivalency of M47 with NGC 2422 was found, M47 was considered a lost Messier Object. The discovery that M47 and NGC 2422 were the same cluster only came in 1959 with a realization by Canadian astronomer T. F. Morris.

M47 is at a distance of about 1,600 light-years from Earth with an estimated age of about 78 million years. The member stars of M47 have been measured down to about red dwarfs at apparent magnitude 19. There are around 500 members, the brightest being HD 60855, a magnitude 5.7 Be star. The cluster is dominated by hot class B main sequence and giant stars, but a noticeable colour contrast comes from several bright red giants. 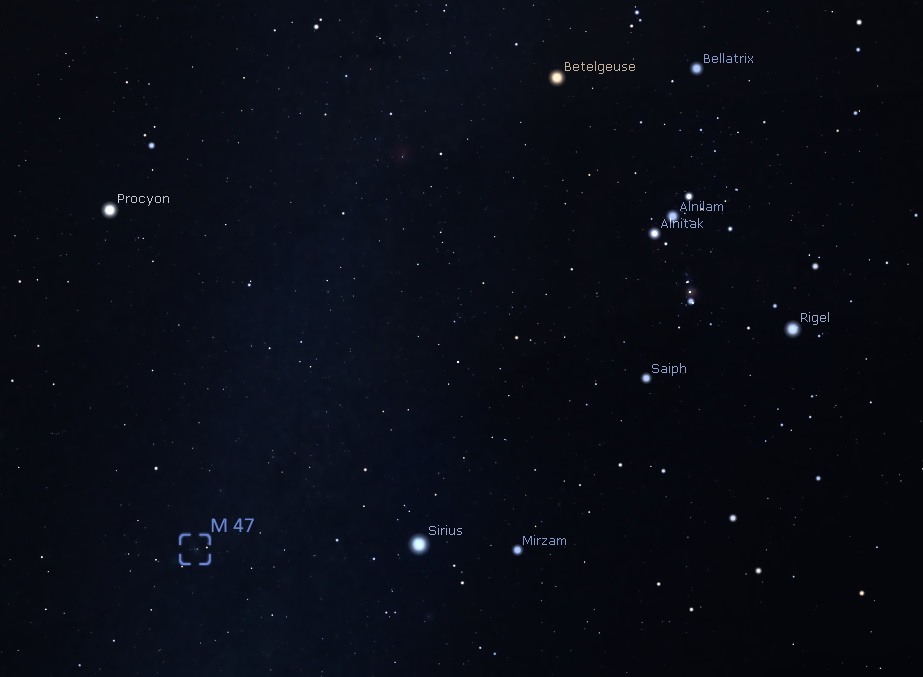 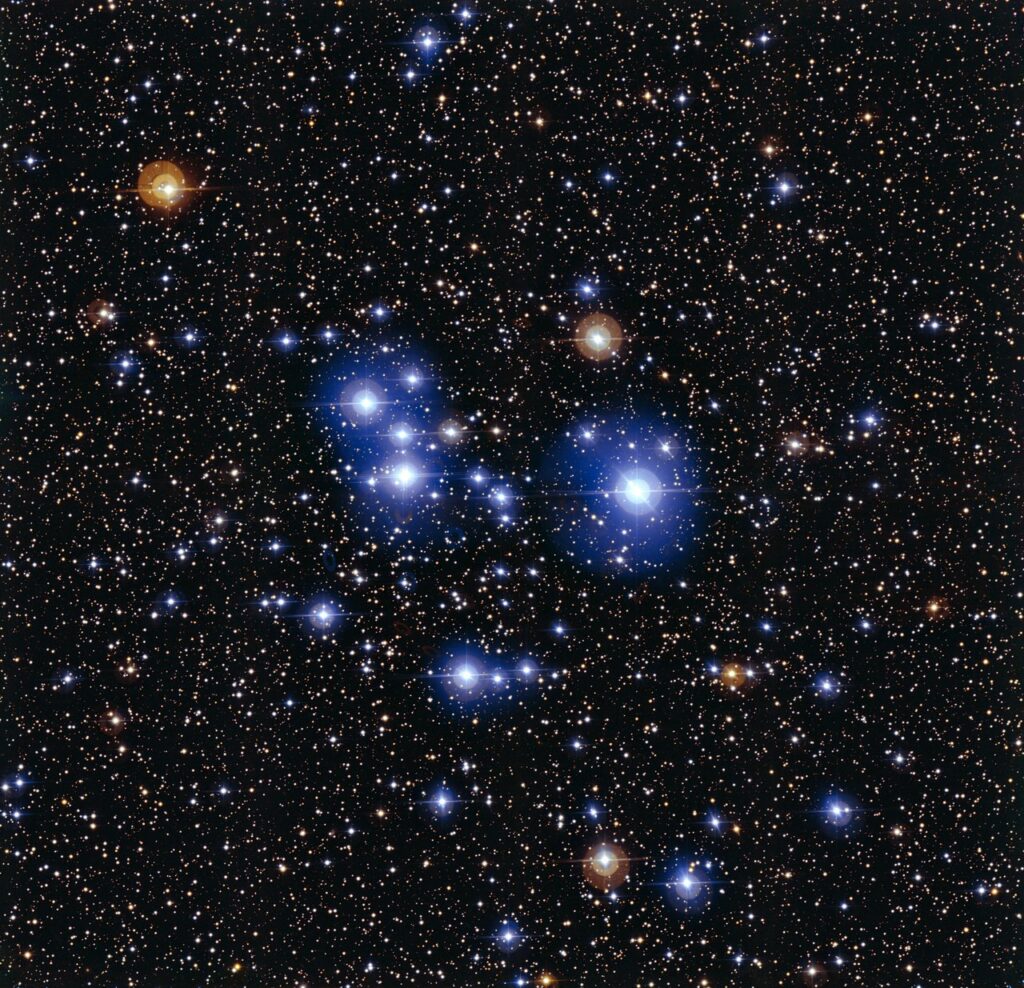 This spectacular image of the star cluster Messier 47 was taken using the Wide Field Imager camera, installed on the MPG/ESO 2.2-metre telescope at ESO’s La Silla Observatory in Chile. This young open cluster is dominated by a sprinkling of brilliant blue stars but also contains a few contrasting red giant stars. Credit: ESO.

The first quarter Moon occurs on February 2nd, it will be visible high in the southern sky in early evening.

After February 2nd, the Moon will be a waxing gibbous, visible to the southeast in early evening, and up for most of the night.

The northern coronal hole remains small, while the southern hole is huge!

Some awesome prominences on the Sun’d limb over the last couple days – the location of sunspot AR2757 is easily visible as the bright orange region in the video below.

#SolarOrbiter, an @ESA & @NASA collaborative mission, launches in February! This spacecraft will study the Sun from a unique perspective: its tilted orbit carries it out of the plane of the planets so it can take the first-ever pictures of the Sun’s poles. https://t.co/rX55sMOpWf pic.twitter.com/W3oME8LtKg

185 reports and many videos about this 100t TNT #fireball that occurred over #Cyprus on January 21th – https://t.co/C2gb45n8Dp pic.twitter.com/pGdjTQtAVg

Position of the planets and a couple spacecraft in the inner solar system – the Parker Solar Probe will reach perihelion #4 on Jan. 29th at about 4:30 a.m. EST. 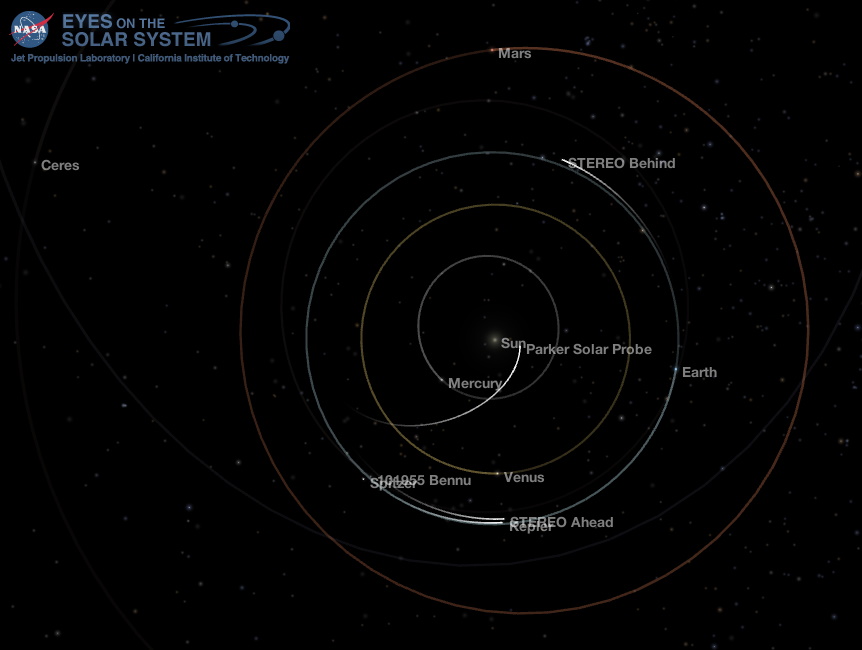 Position of the planets and a couple spacecraft in the inner solar system, 2020-01-28. Credit: NASA Eyes on the Solar System / Bob Trembley. 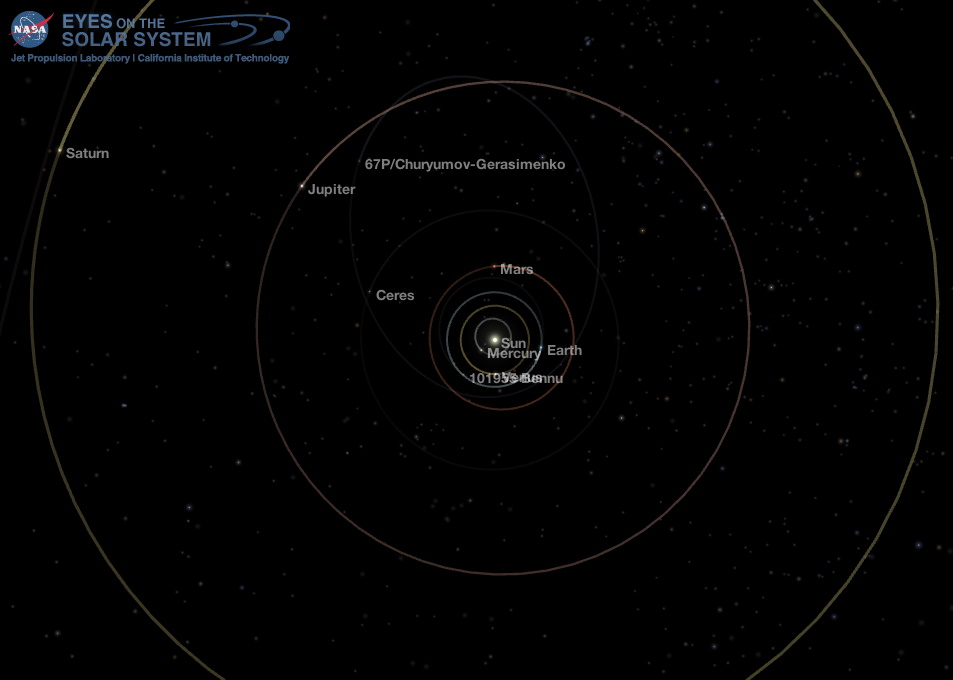 Position of the planets in the middle solar system, 2020-01-28. Credit: NASA Eyes on the Solar System / Bob Trembley.

Position of the planets in the outer solar system – the orbit of transneptunian object 148780 Altjira is highlighted:

It was named after the Arrernte creation deity, Altjira, who created the Earth during the Dreamtime and then retired to the sky.. – Wikipedia