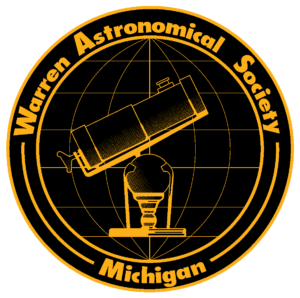 I am the 2020 outreach officer for the Warren Astronomical Society – this is a position I’ve held several times before; I receive requests from individuals and groups that would like to use our observatory, or have a member come to their location and set up telescopes and/or give presentations about astronomy and space science. I’ve got a great outreach team – several of our members are volunteer NASA/JPL Solar System Ambassadors; we frequently get excellent feedback from the public for our events! 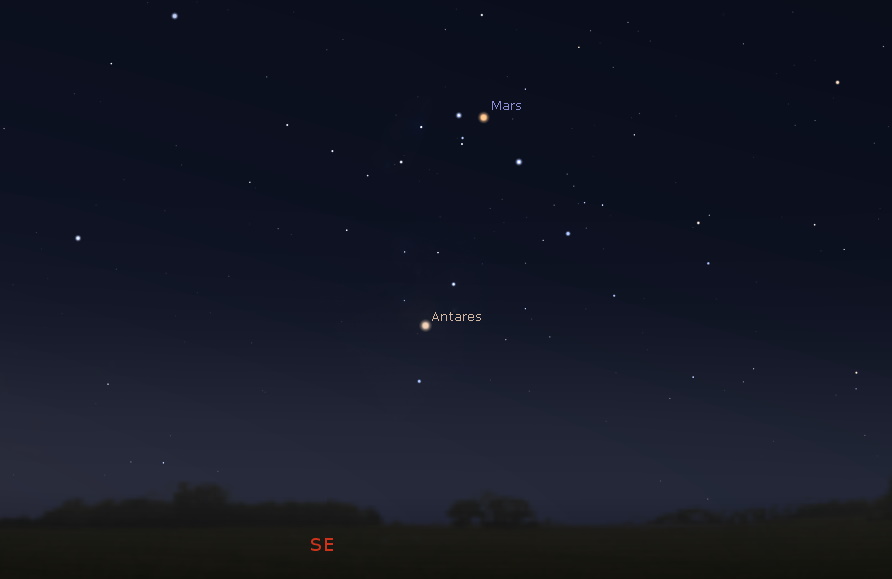 Mars above the star Antares in the southeastern horizon before dawn this week. Credit: Stellarium / Bob Trembley

The Moon appears near the star Aldebaran on Jan 7th and 8th in the southwestern sky at midnight.

On Jan. 13th, the Moon appears very near the star Regulus in the southwestern sky at midnight. 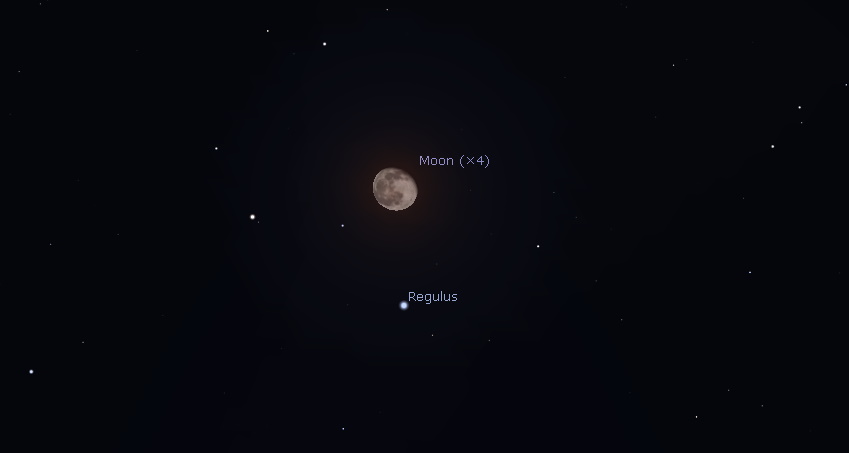 The Moon appears near the star Regulus high in the southeastern sky at midnight on Jan. 13th. Credit: Stellarium / Bob Trembley.

Messier 39 or M39, also known as NGC 7092, is an open cluster of stars in the constellation of Cygnus, positioned two degrees to the south of the star Pi Cygni and around 9° east-northeast of Deneb. The cluster was discovered by Guillaume Le Gentil in 1749, then Charles Messier added it to his catalogue in 1764. When observed in a small telescope at low power the cluster shows around two dozen members, but it is best observed with binoculars. It has a total integrated magnitude (brightness) of 5.5 and spans an angular diameter of 29 arcminutet the size of the full Moon. M39 is at a distance of about 1,010 light-years (311 parsecs) from the Sun.

This cluster has an estimated mass of 232 M☉ and a linear tidal radius of 8.6±1.8 pc. Of the 15 brightest components, six form binary star systems with one more suspected. HD 205117 is a probable eclipsing binary system with a period of 113.2 days that varies by 0.051 in visual magnitude. Both members appear to be subgiant stars. There are at least five chemically peculiar stars in the cluster and ten suspected short-period variable stars.- Wikipedia 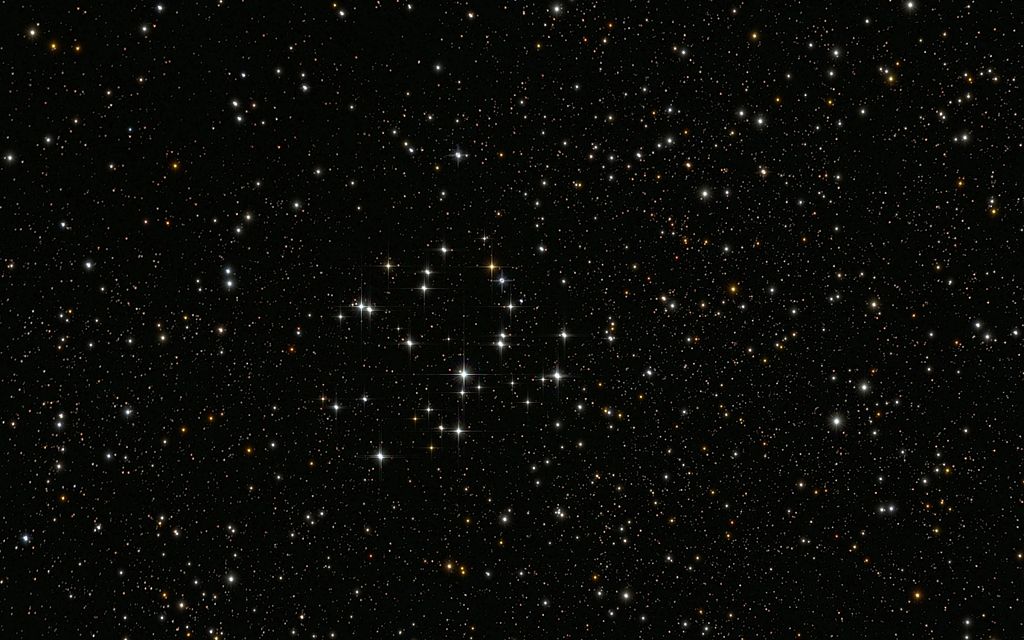 The full Moon occurs on Jan 11th, rising at sunset, visible high in the sky around midnight, and visible all night long.

After Jan 11th, the Moon will be a waning gibbous, rising after sunset, visible high in the sky after midnight, and visible to the southwest after sunrise.

? What will the Moon look like throughout 2020? Using data from our @NASAMoon Lunar Reconnaissance Orbiter to visualize with unprecedented fidelity, @NASAGoddard's Dial-a-Moon shows each hour: https://t.co/iPrELt2wNN

We have another spot! It’s small, and practically invisible in the image below: 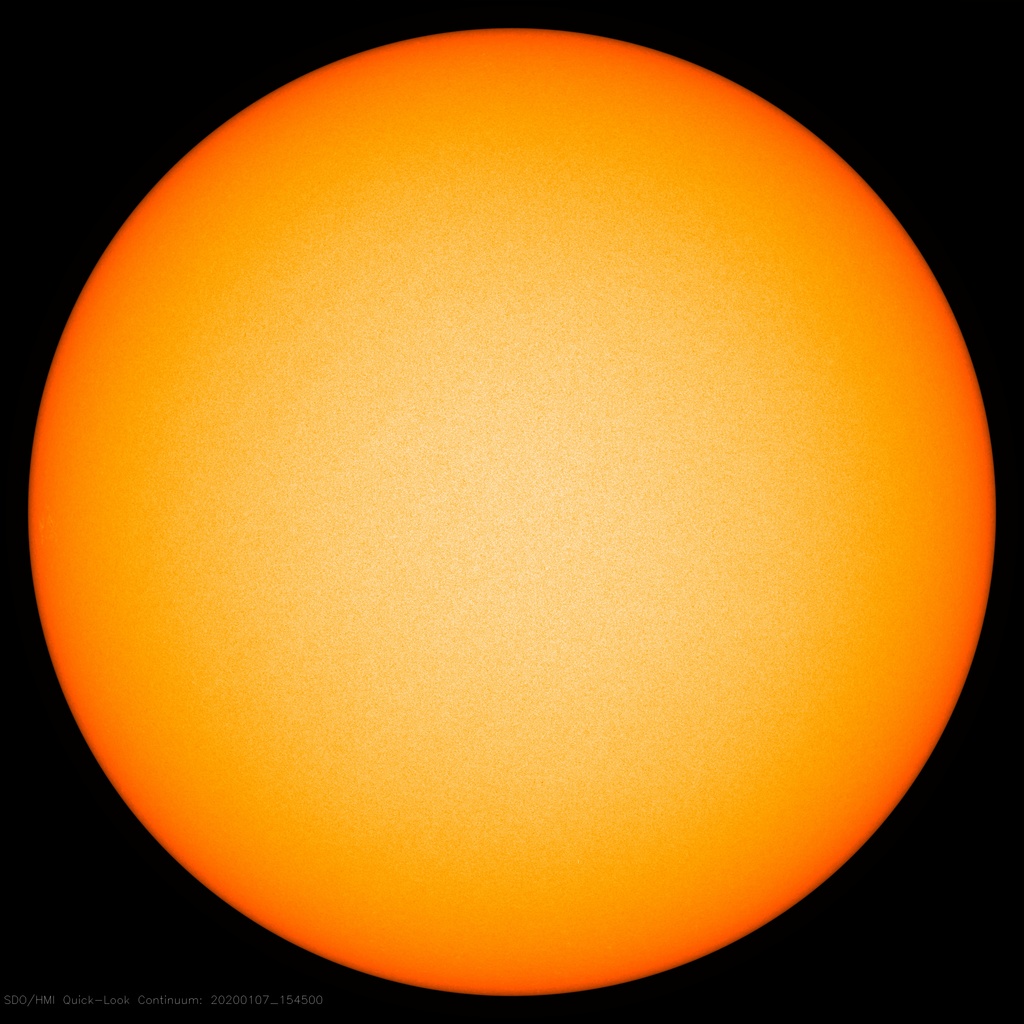 However, the location of the active region’s coronal loops are easily visible south of the equator when seen in UV in the two videos below.

The following topic was covered during last night’s meeting of the Warren Astronomical Society:

Data from our Solar Dynamics Observatory has given scientists the first look at a new type of magnetic explosion, first theorized over a decade ago. Unlike the events we’ve seen before, this one was set off by a nearby eruption: https://t.co/s3ke3lejVl pic.twitter.com/6eQUv8dF1q