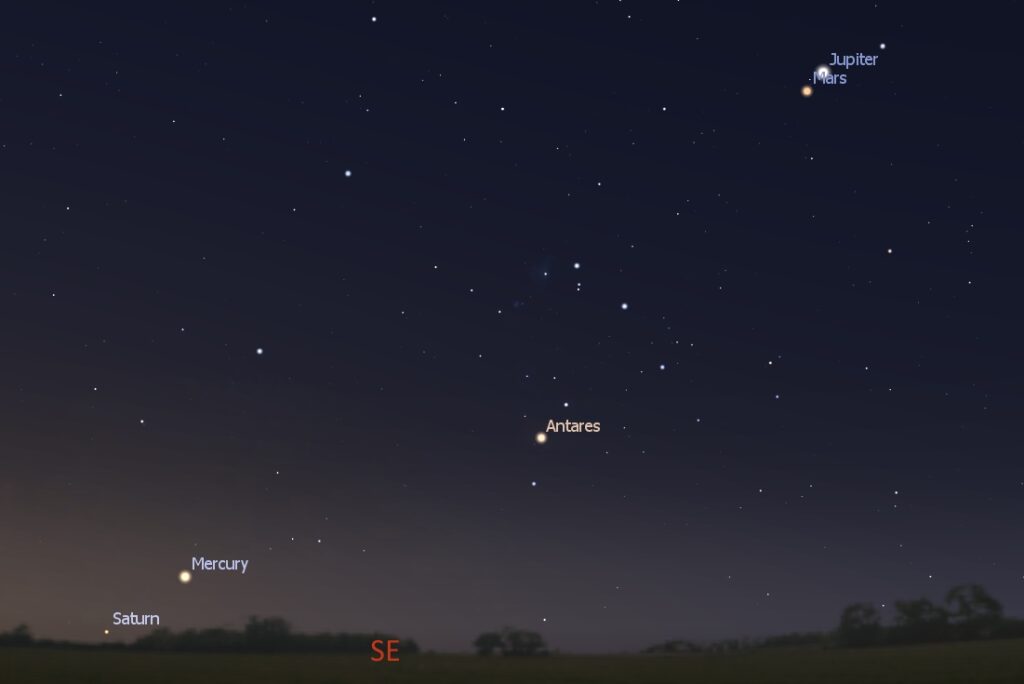 A waning crescent Moon joins Jupiter and Mars’ predawn dance on the 11th, appearing only 3°39′ away from Mars. The Moon will appear lower in the southeastern sky, getting closer to Mercury and Saturn each morning; it may be too thin and low in the sky to be seen on the 15th. 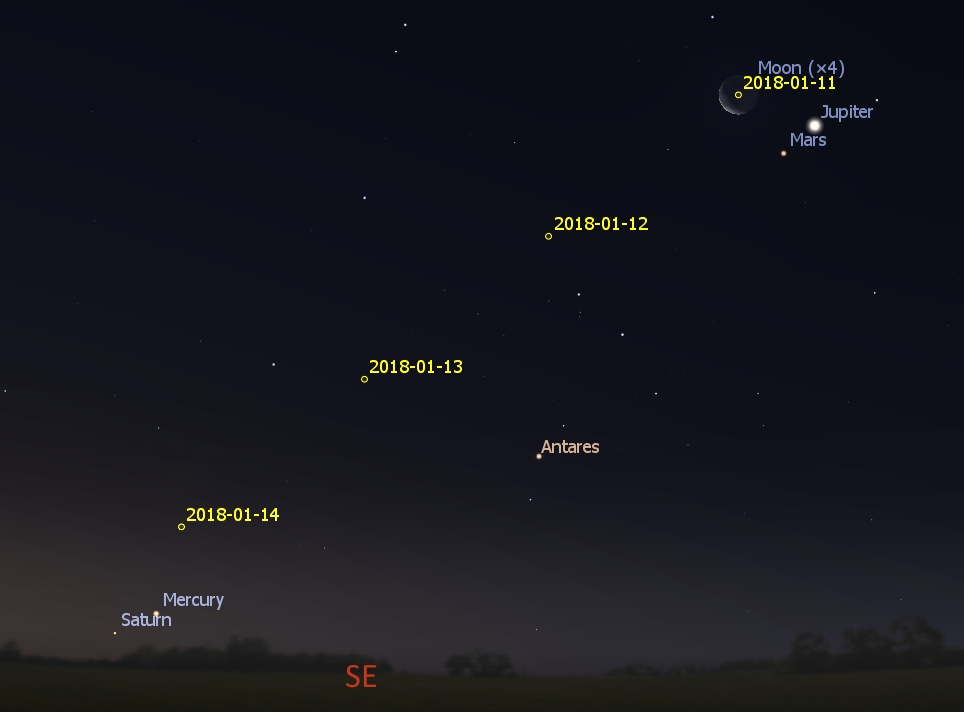 On the 13th, Mercury and Saturn will be separated by only 0°45′ of arc! And they will joined by the waning crescent Moon, and the red giant star Antares adds flavor to what must certainly be considered a multi-day “Megaconjunction” with the Sun, Saturn, Mercury, the Moon, Mars, and Jupiter all in the southeastern sky at the same time. 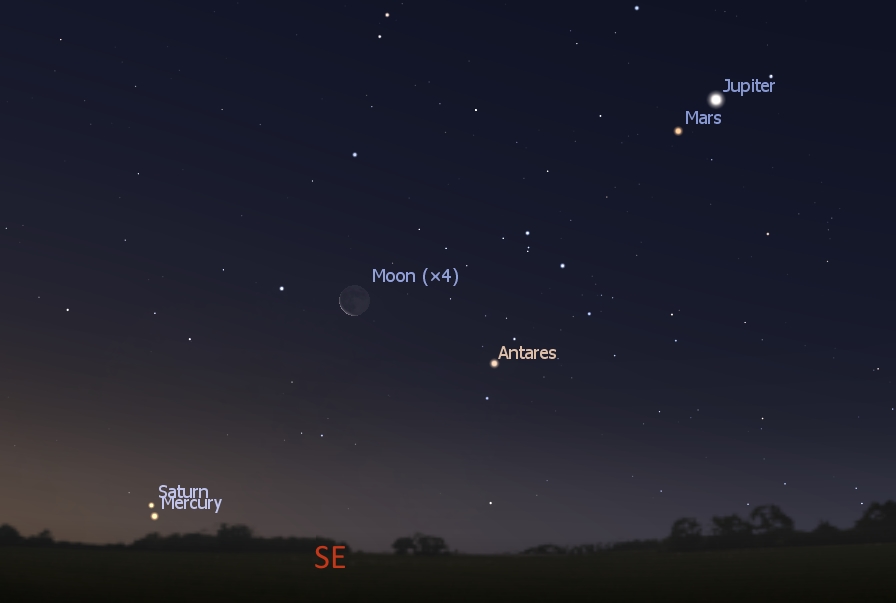 The Sun has 2 small sunspots – off-center, right and down in the image below. 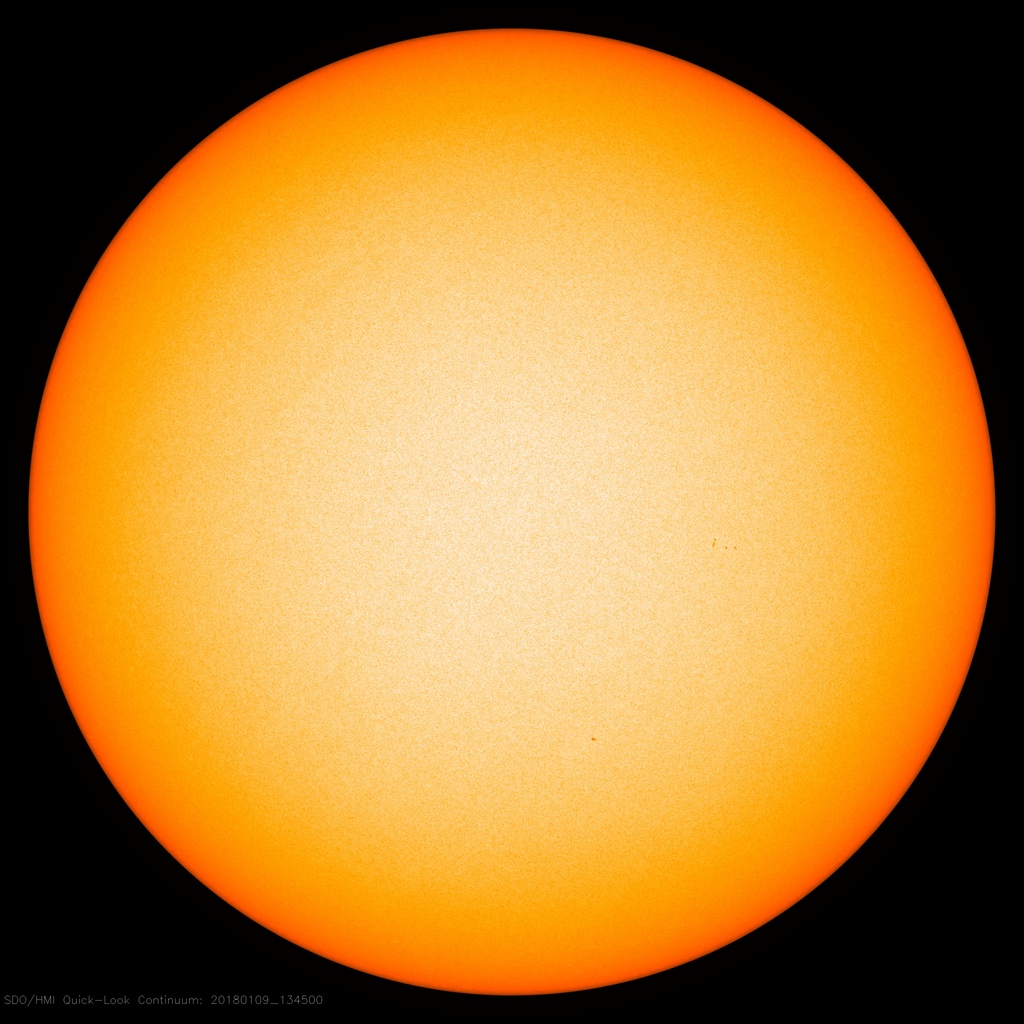 The Sun – Jan. 9, 2018 – Helioseismic and Magnetic Imager (HMI). Image courtesy of NASA/SDO and the AIA, EVE, and HMI science teams.

The Sun’s corona, seen here in extreme ultraviolet, reveals coronal holes at both poles. The solar wind speed is 519 km/sec, with a density of 5 protons/cm3 – higher speeds, but lower density than last week’s post. SpaceWeather.com says this is causing aurora to ring the Earth’s Arctic Circle. 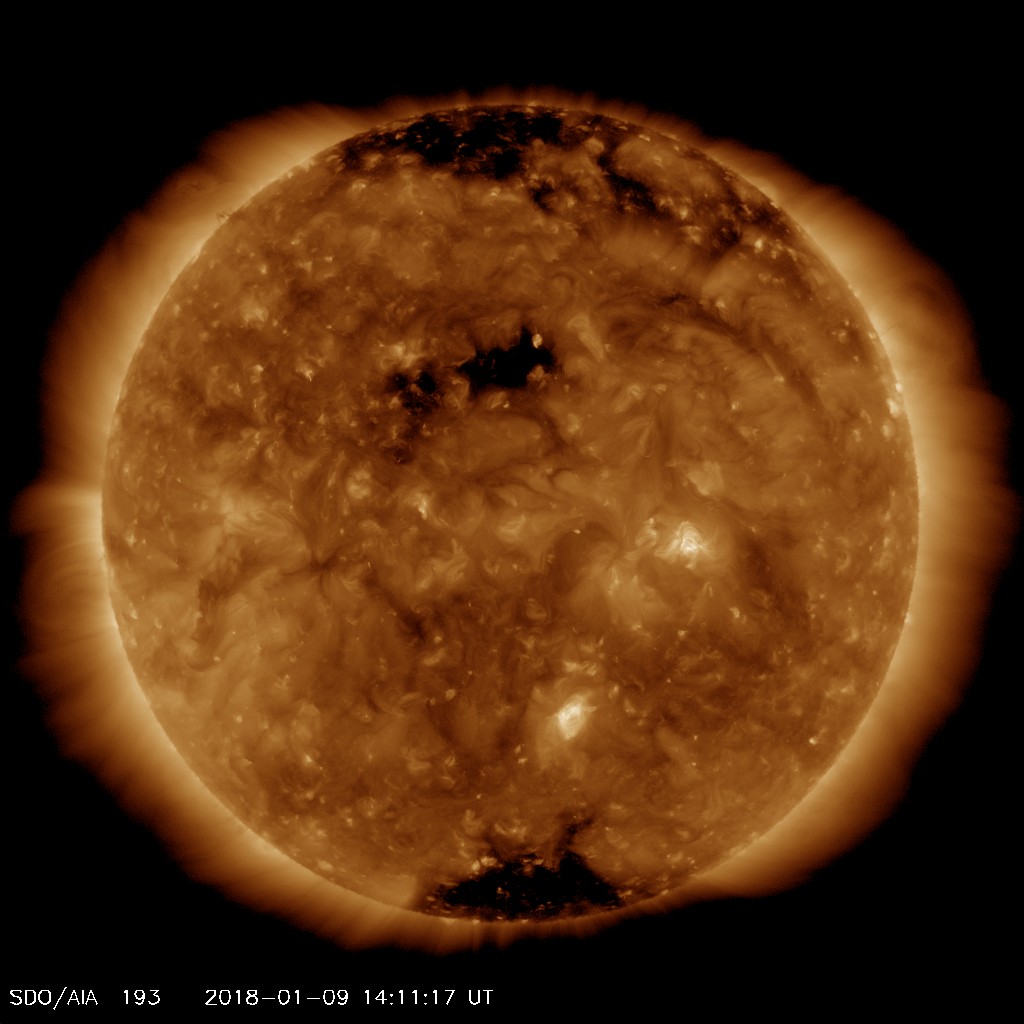 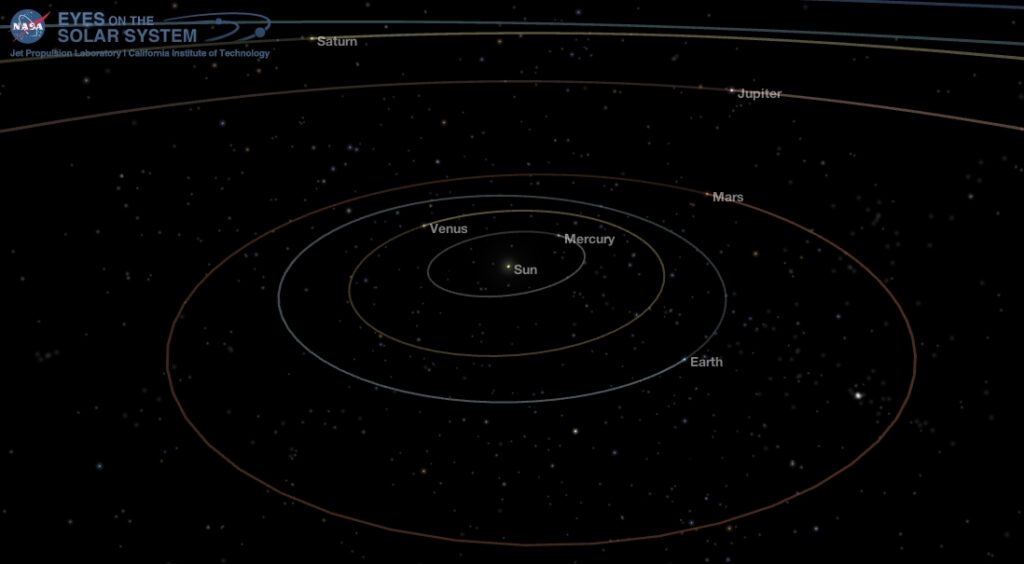 Position of the planets in the inner solar system, Jan. 9, 2018. Credit: NASA Eyes on the Solar System / Bob Trembley. 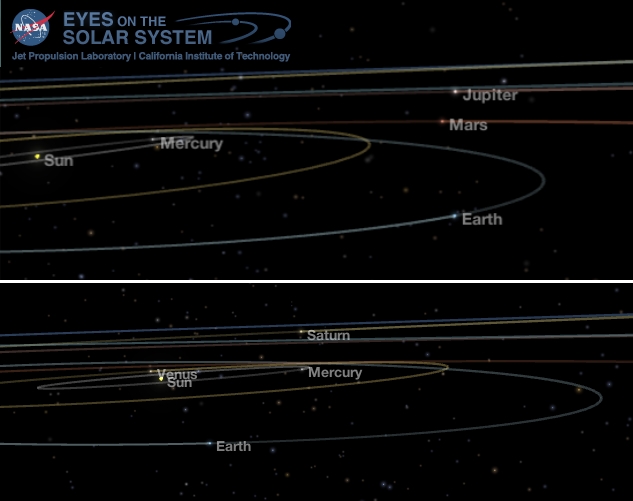 Different views of the positions of the planets during the conjunctions of Jan. 11-14, 2018