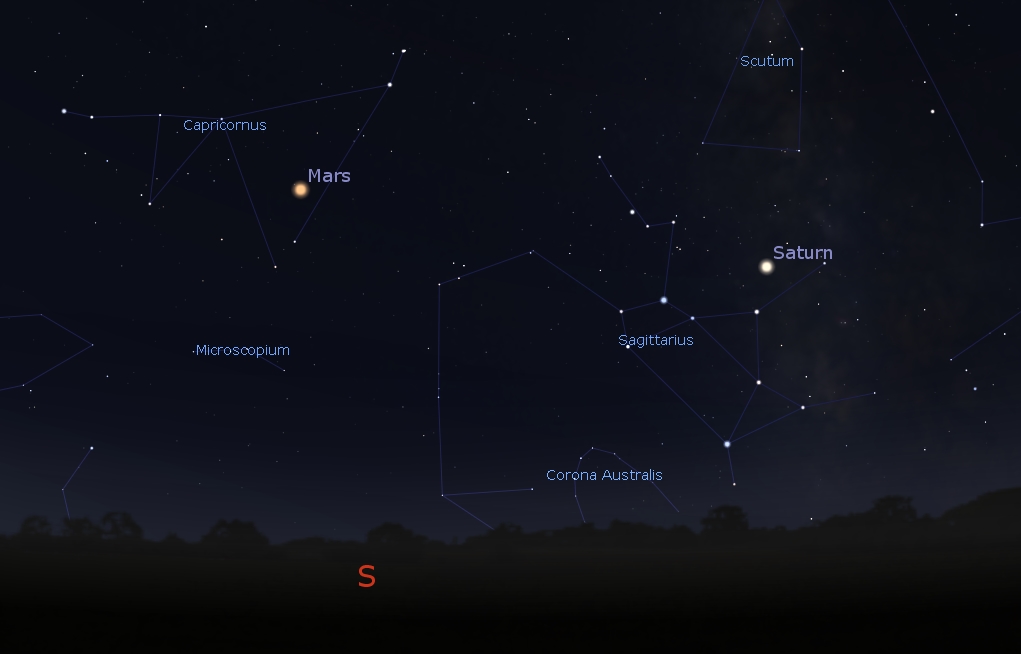 Mars and Saturn are visible in the southern sky before sunrise. Mars is getting larger in telescopes as we near opposition with the planet at the end of July.

Jupiter remains near the double-star Zubenelgenubi II (Alpha Librae) in the southern sky after sunset on June 12th. 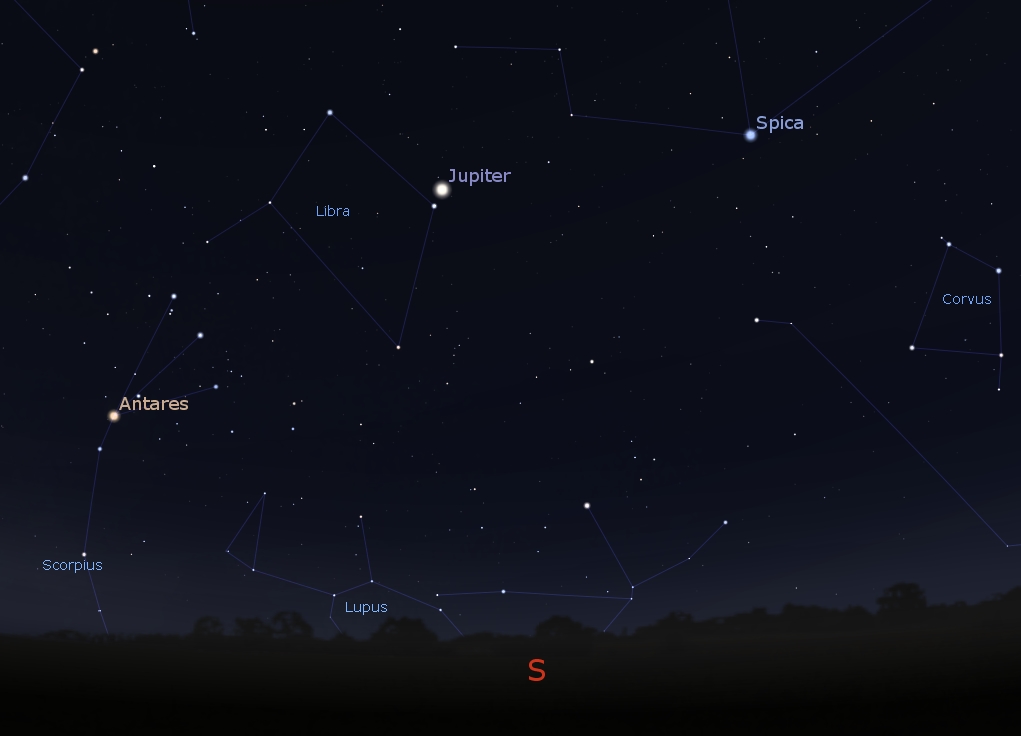 Venus is almost aligned with the stars Pollux and Castor shortly after sunset on June 12th. 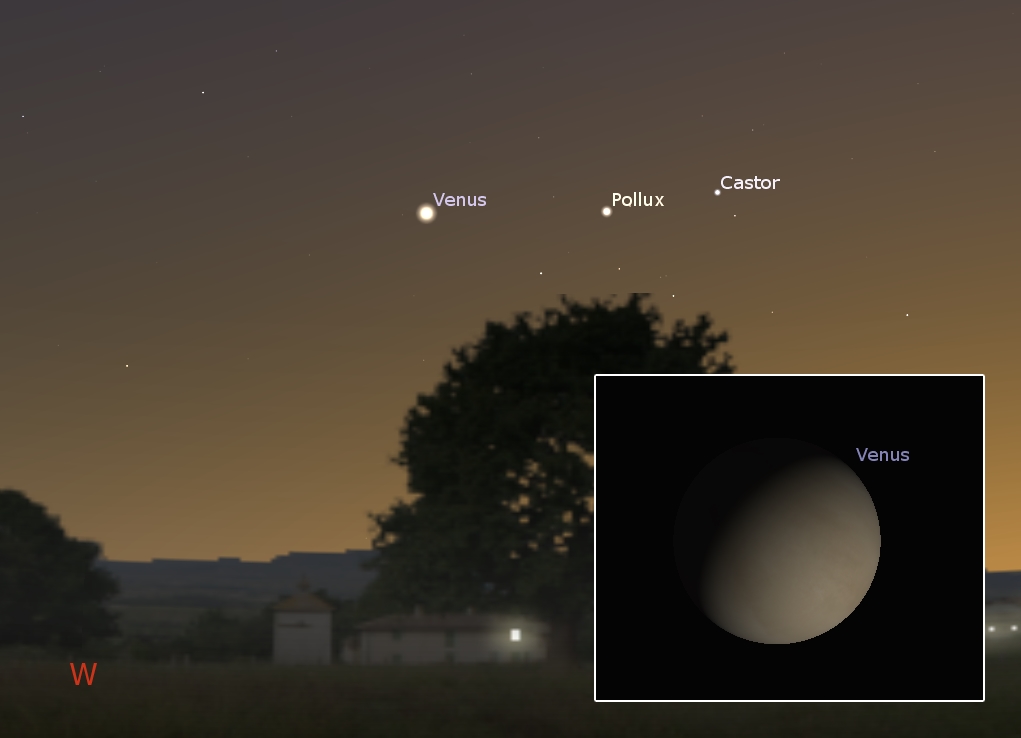 The Moon is a waning crescent and will be new on June 13th. The Moon will be a waxing crescent after the 13th, visible in the western sky near sunset. 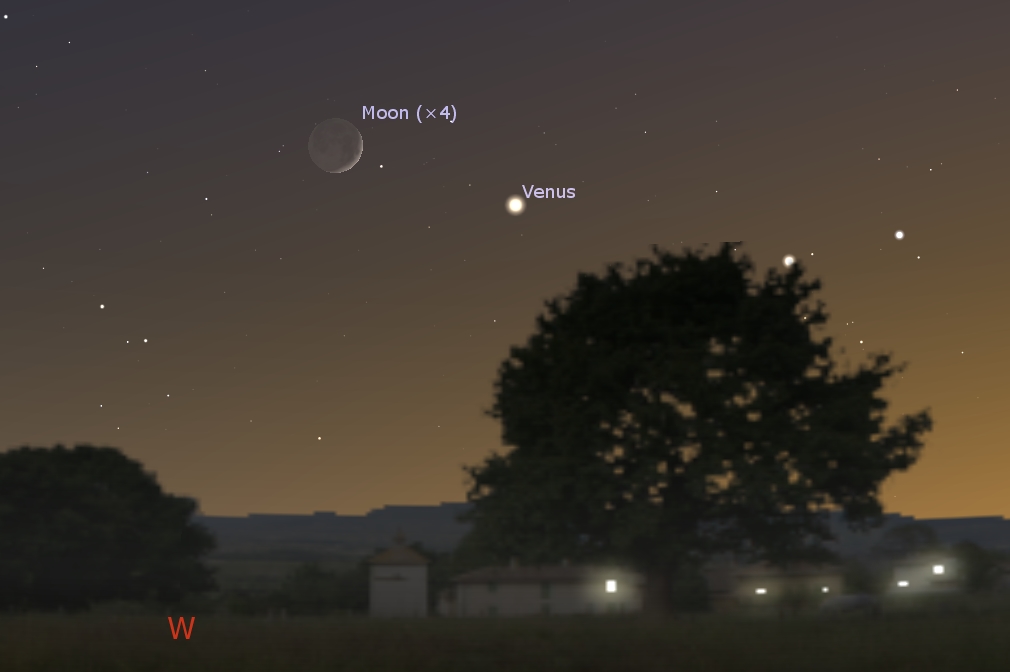 I found this gem while scanning around the constellation Cygnus with my 8 inch Dobsonian telescope. NGC 6910, also known as the Inchworm Cluster, is an open star cluster near the star Sadr in Cygnus.

In small telescopes, NGC 6910 appears (kinda) like a three-armed starfish. Time exposures of the cluster reveal the rich nebulosity of emission nebula IC 1316, that the cluster lies within.

The sun has been spot-free for 7 days, although from the roiling coronal loop activity rotating into view on the left side of the video below, I would bet we’ll be seeing an active region soon.

There are a couple minor coronal holes near the equator; the holes at the Sun’s poles continue to be at a much reduced size from recent months.

SpaceWeather.com says: “Earth’s magnetic field is quiet as our planet moves through a region of calm solar wind. Activity could increase on June 13th, however, when Earth enters a solar wind stream flowing from a small hole in the sun’s atmosphere. NOAA forecasters say there is a 25% chance of minor geomagnetic storms.” The solar wind speed is 298.2 km/sec, with a density of 4.2 protons/cm3.

There have been several small prominences on the Sun’s limb over the past couple days; the region of coronal activity rotating into view is clearly visible in the image below: 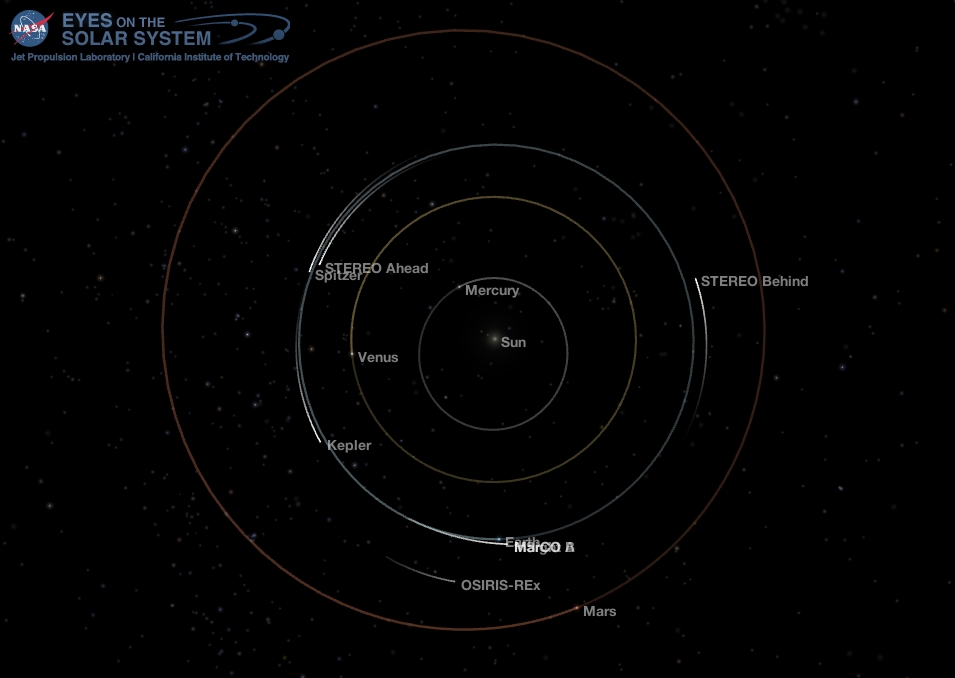 Position of the planets in the inner solar system, June 12, 2018. Credit: NASA Eyes on the Solar System / Bob Trembley. 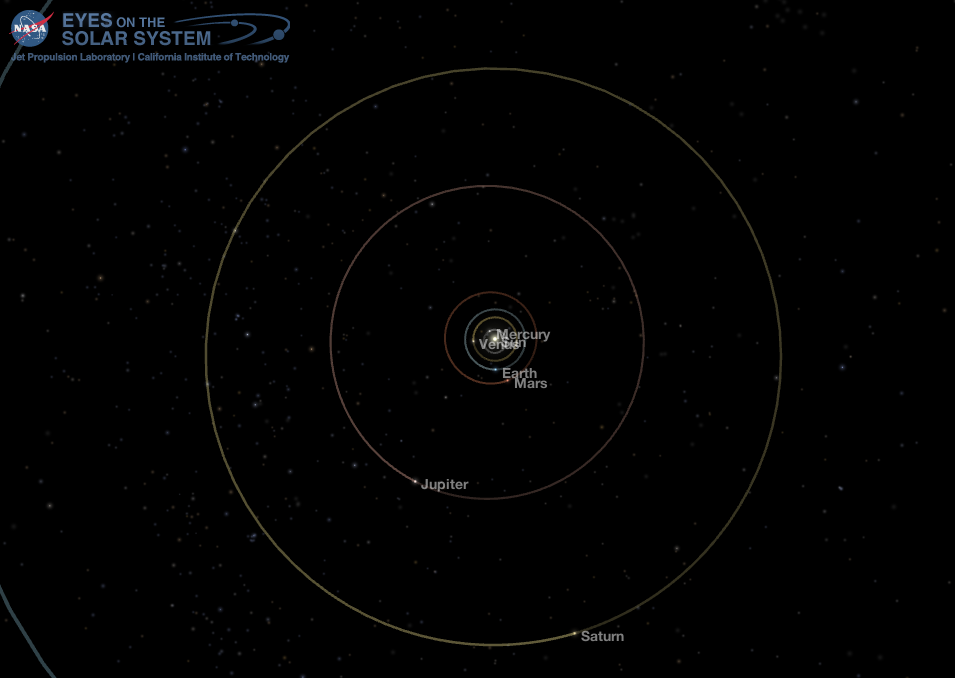 Position of the planets in the middle solar system, June 12, 2018. Credit: NASA Eyes on the Solar System / Bob Trembley. 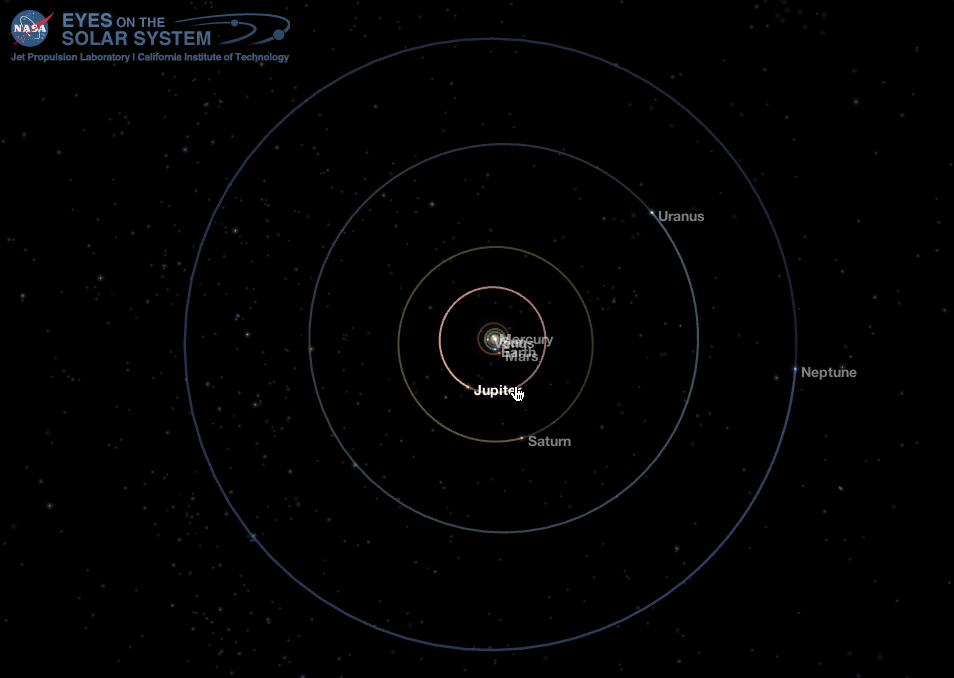 Position of the planets in the outer solar system, June 12, 2018. Credit: NASA Eyes on the Solar System / Bob Trembley.

Exoplanet of the Week: Kepler-7b 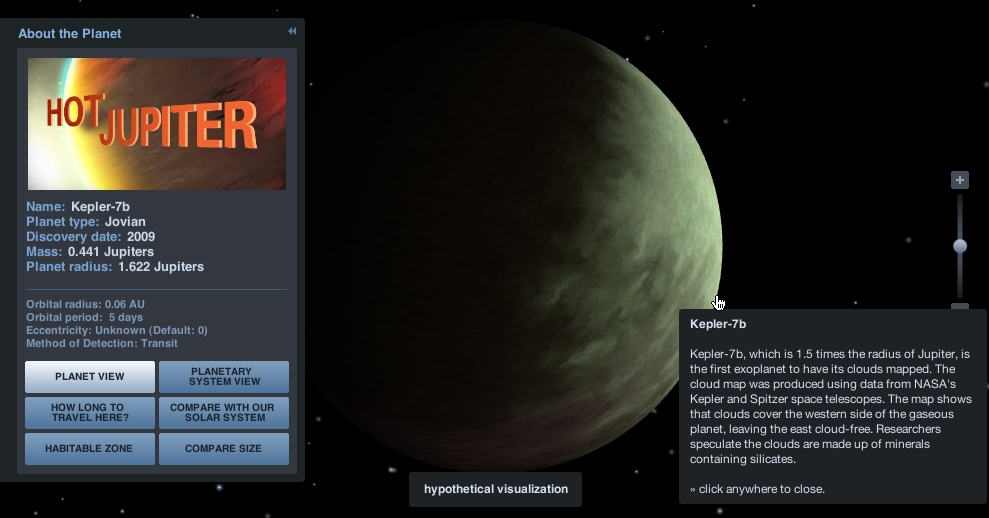