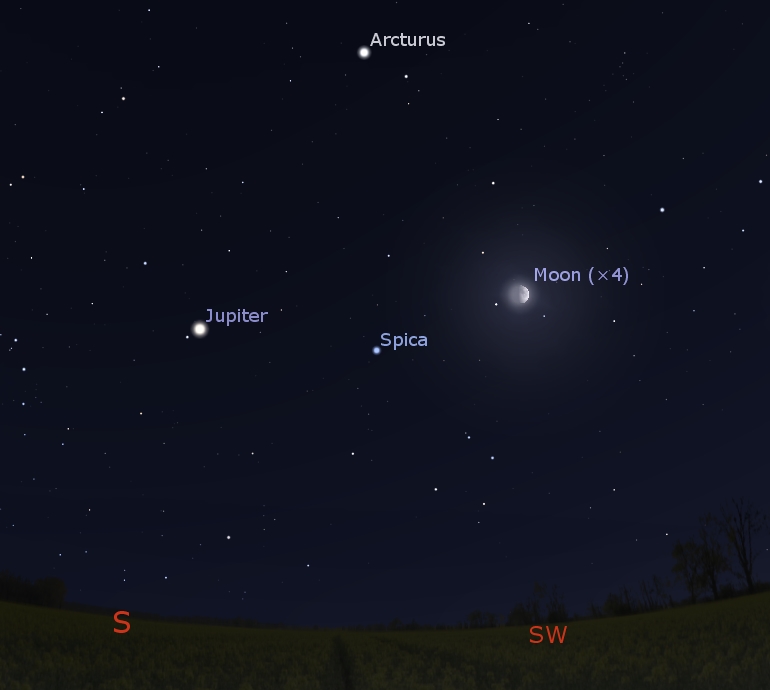 Jupiter, the Moon, and the stars Arcturus and Spica are all in the same region of the southern sky at 10:30 PM on June 20th.

Jupiter the Moon, and the stars Arcturus and Spica in the southern sky at 10:30 PM on June 20th. Credit: Stellarium / Bob Trembley.

Mars shines bright red in the southern sky early in the morning; Saturn is a bit lower in the sky, and towards the southwest. 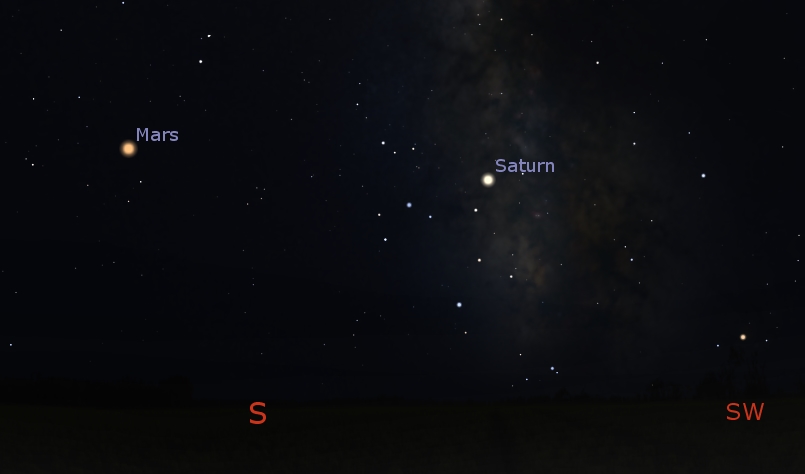 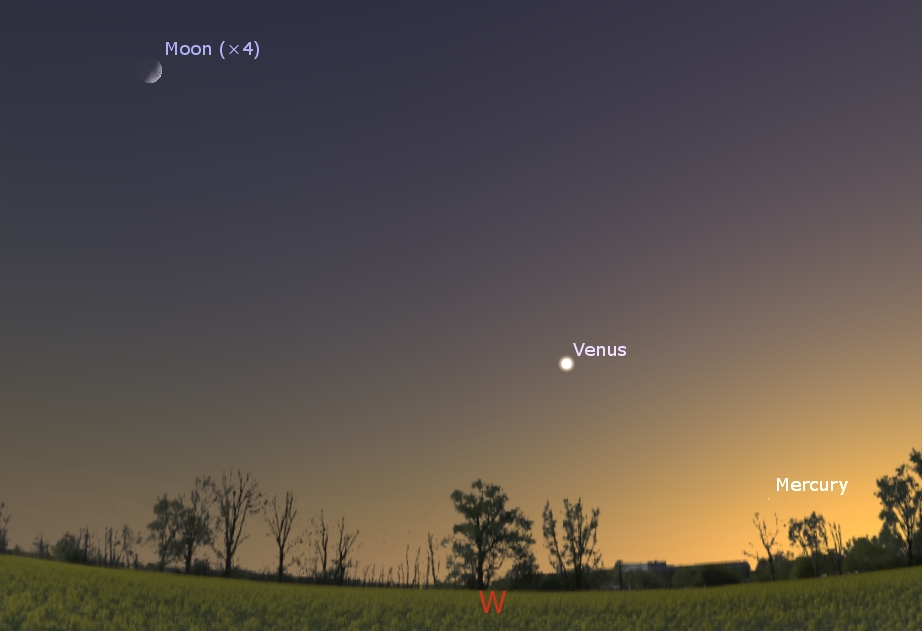 Mercury will continue to brighten as it climbs towards Venus until July 1st, after which it will start to descend towards the horizon, vanishing around end of July.

The Moon is a waxing crescent and will be at first quarter on June 20th; the Moon will then be a waxing gibbous. This will be a great week for observing the Moon near sunset!

M13 is a globular cluster in the constellation Hercules, and probably the 2nd object I pointed my 8 inch Dobsonian telescope at.

In small telescopes, M13 appears like a nebulous puff-ball – almost like a comet. In medium to large-sized telescopes, hundreds of stars become distinct, some looking like diamonds. Space telescope images of the M13 reveal hundreds of thousands of stars; M13 really is quite a stunning sight.

Time-lapse simulation of a globular star cluster over several hundreds of thousands of years:

Animation of a globular cluster in 3D:

AR2713 is a small sunspot group near the equator of the Sun; the spot is very small, and hard to spot on HMI images. However it’s easy to see the active region at the frequencies shown in the videos below – there is a lot of coronal loop activity associated with this sunspot.

Coronal holes have reopened at both poles; SpaceWeather.com says: “Earth is moving deeper into a stream of solar wind that arrived during the early hours of June 18th. This is causing the solar wind near our planet to quicken, blowing faster than 500 km/s (1.1 million mph). High latitude sky watchers should remain alert for auroras, especially in the southern hemisphere where winter darkness favors visibility.” The solar wind speed is 488.6 km/sec, with a density of 12.3 protons/cm3 – that’s the highest particle density I’ve seen!

As has been the norm for the last few weeks, several small short-lived prominences have been appearing on the Sun’s limb over the past couple days; AR2713 is the bright orange region in the video below: 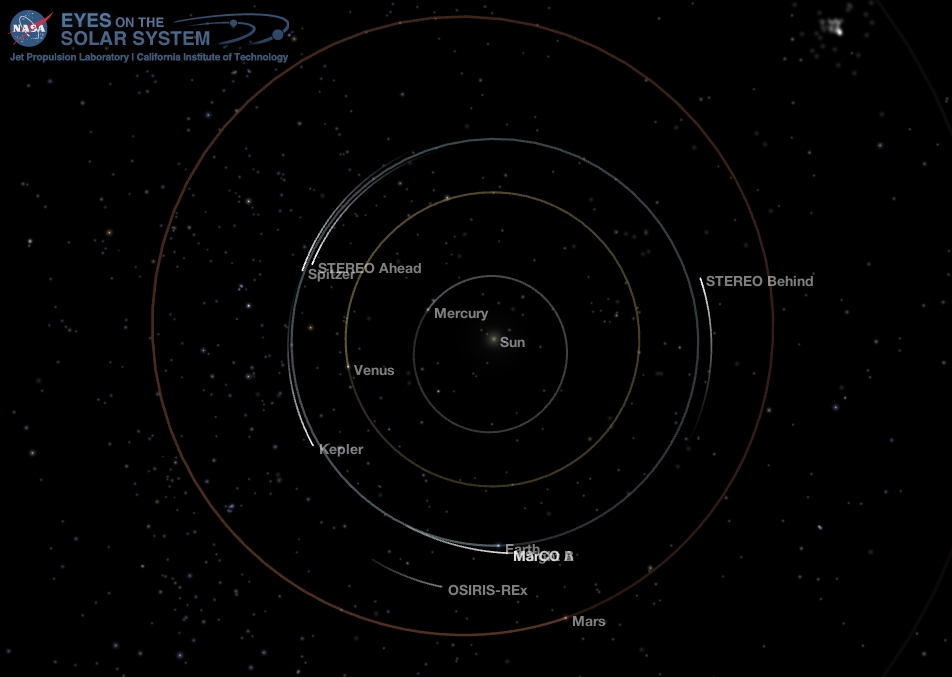 Position of the planets in the inner solar system, June 19, 2018. Credit: NASA Eyes on the Solar System / Bob Trembley. 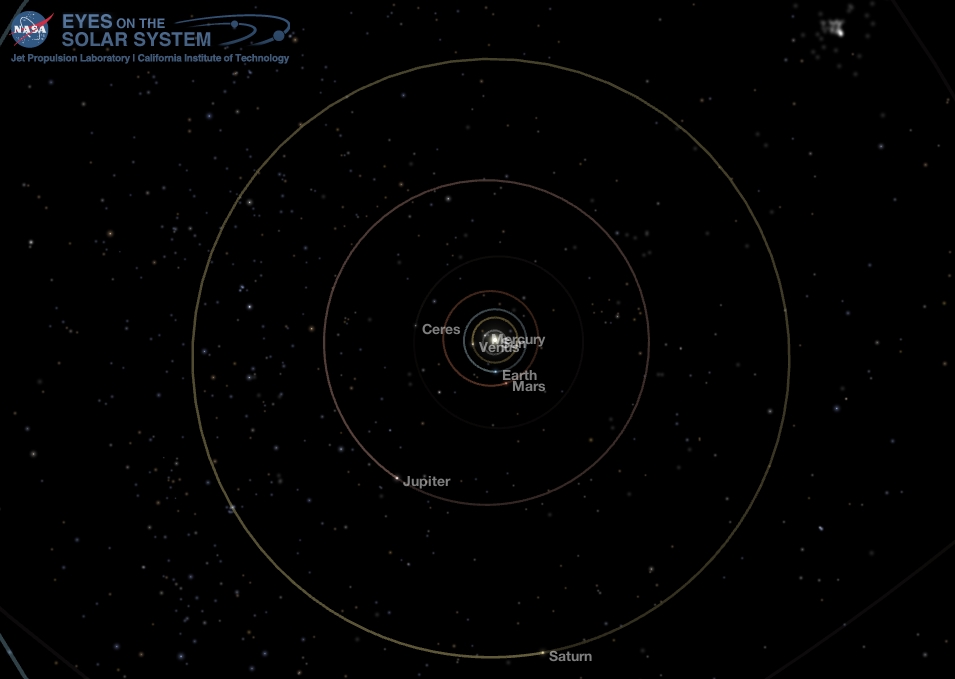 Position of the planets in the middle solar system, June 19, 2018. Credit: NASA Eyes on the Solar System / Bob Trembley. 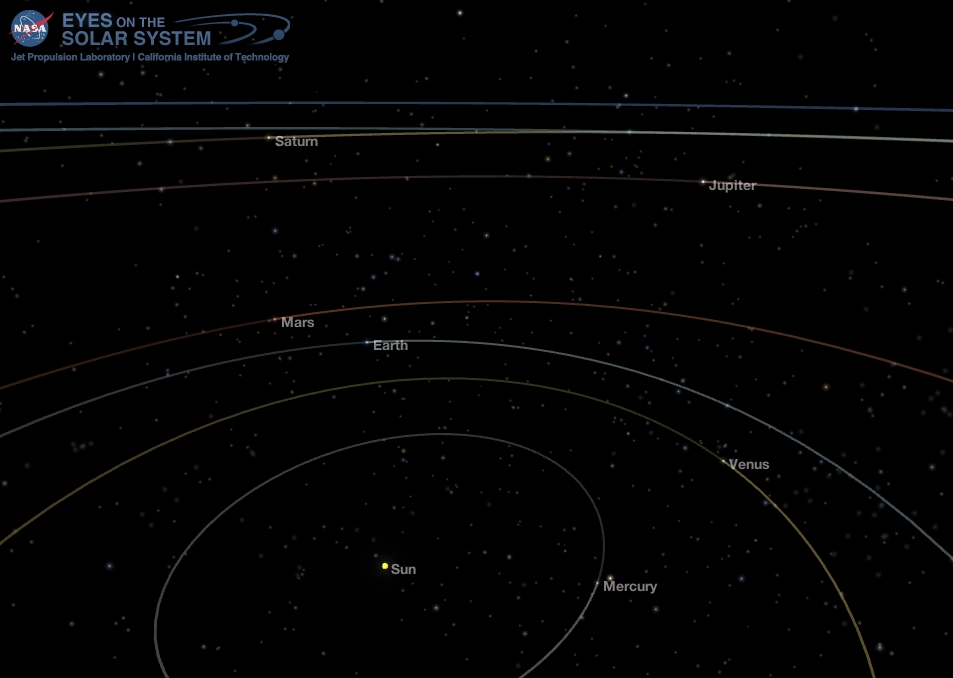 Alternate view of the planets in the Inner solar system, June 19, 2018. Credit: NASA Eyes on the Solar System / Bob Trembley.

Exoplanet of the Week: WASP-12 B 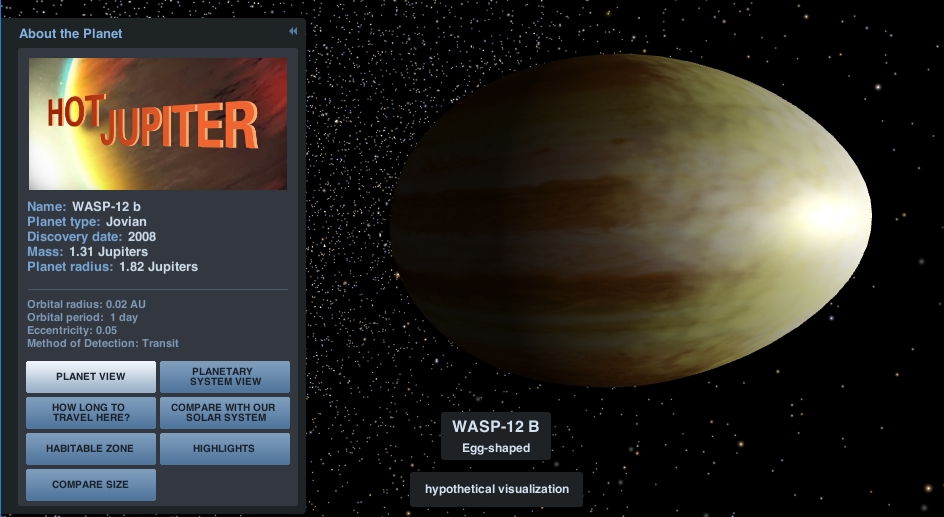